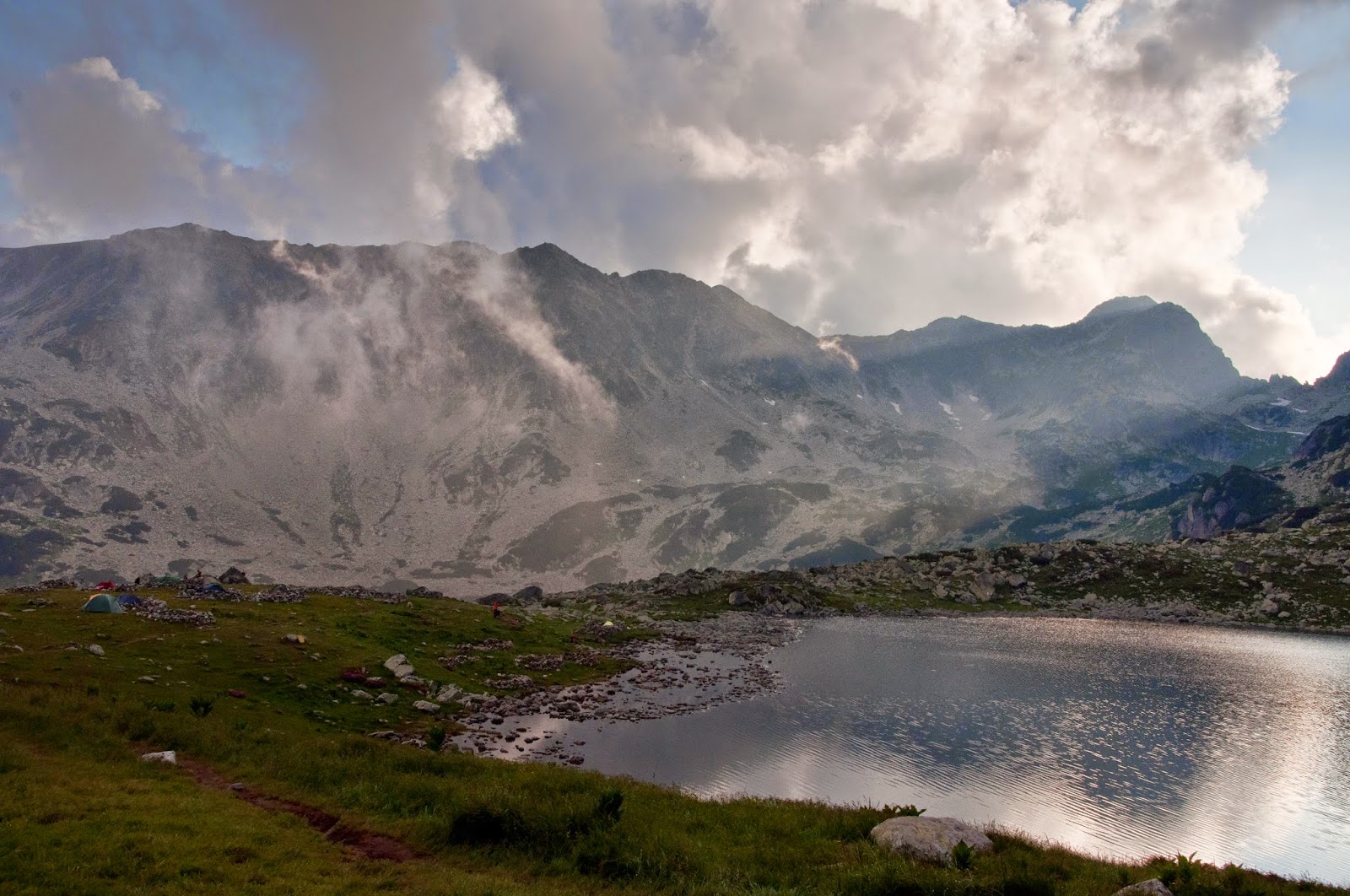 These are some of the most well-known mountain group in Romania, together with the Fagaras Mountains.
The Retezat National Park is the oldest protected area in the country, the mountains are also known for their gorgeous lakes, you can find here over 80 glacial lakes. 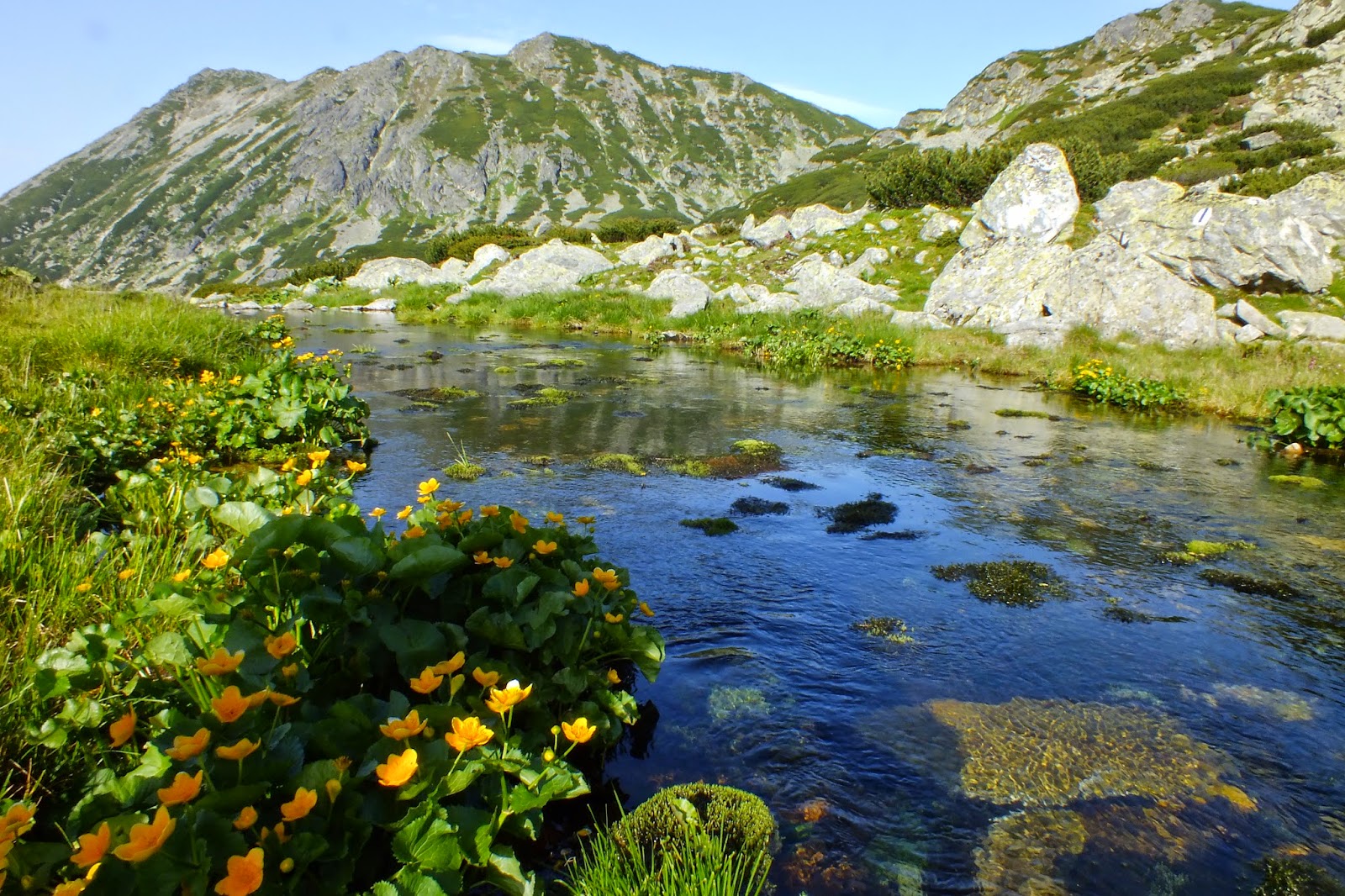 The animals are quite at home in this bewilded environment as you can still find here bears, wolves, foxes, chamois, marmots, frogs and reptilians, even lynx and vipers and more. Also the flowers you can find here come from more than 60 species divided on height levels by the climate, it is definitely a huge diversity with different types of landscapes as you ascend towards the peaks that are higher than 2000m getting even at the 2500m range. This is home to the gentian flowers, edelweiss flowers, rhododendron and other beautiful alpine flowers. 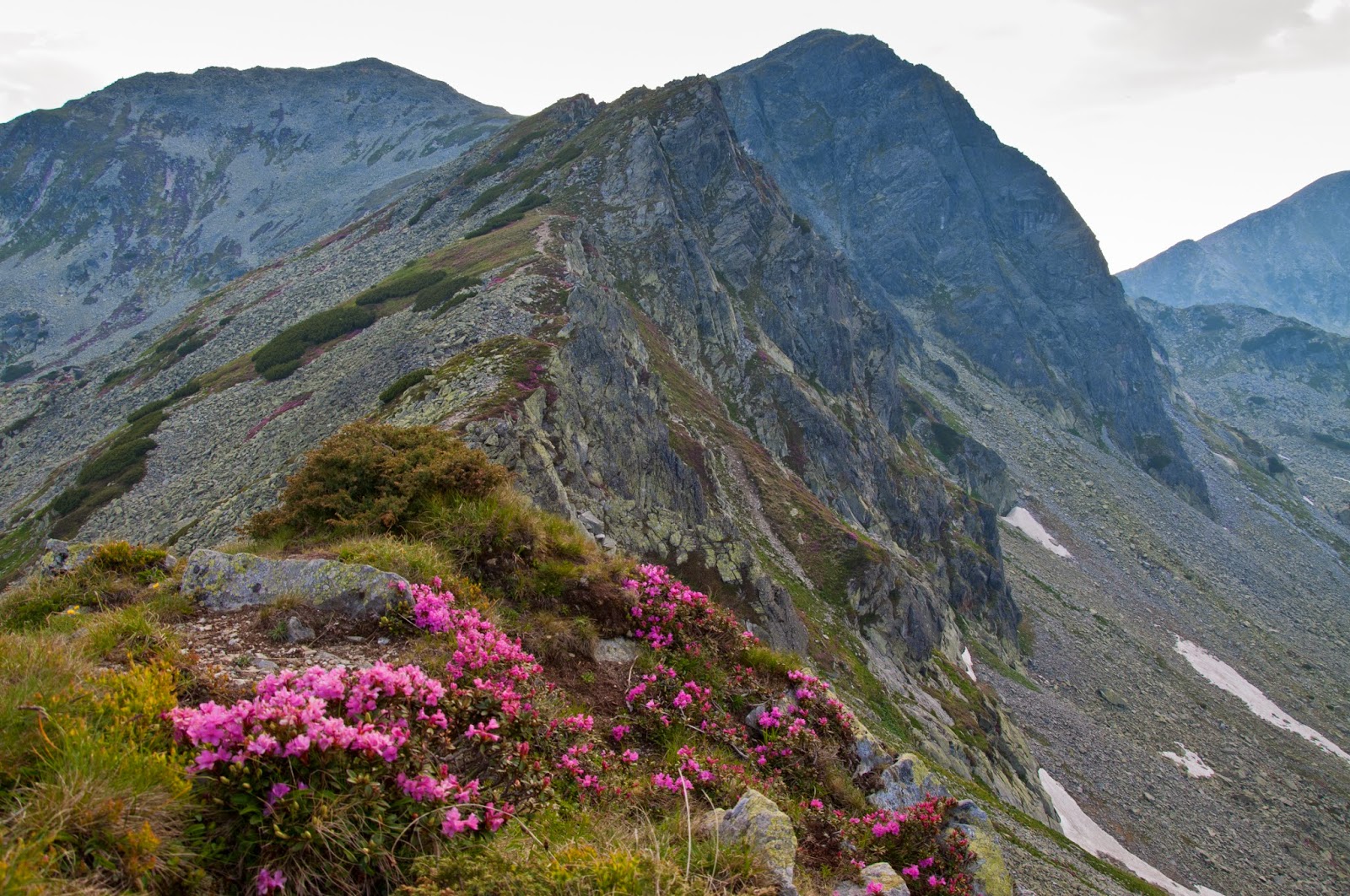 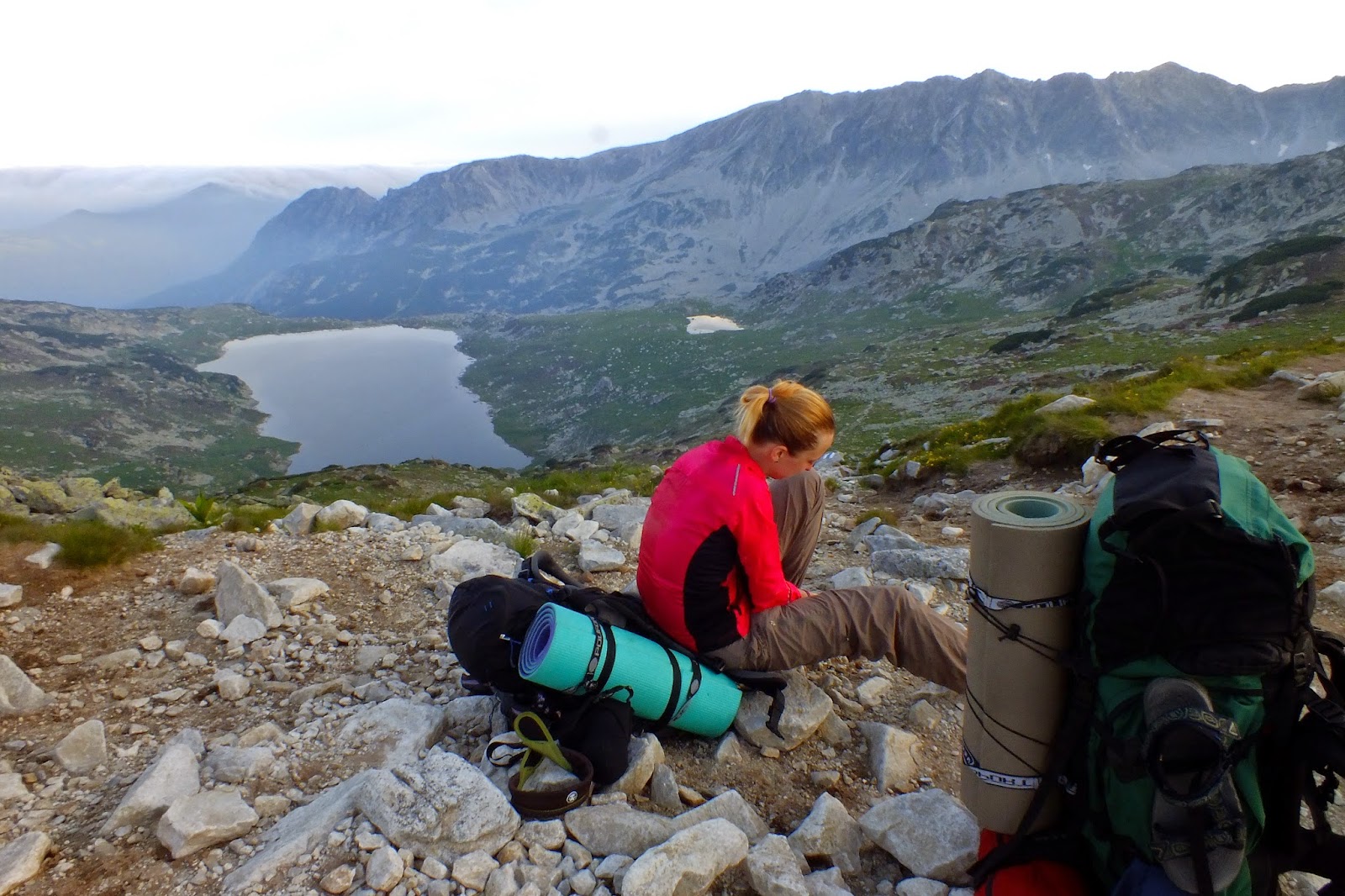 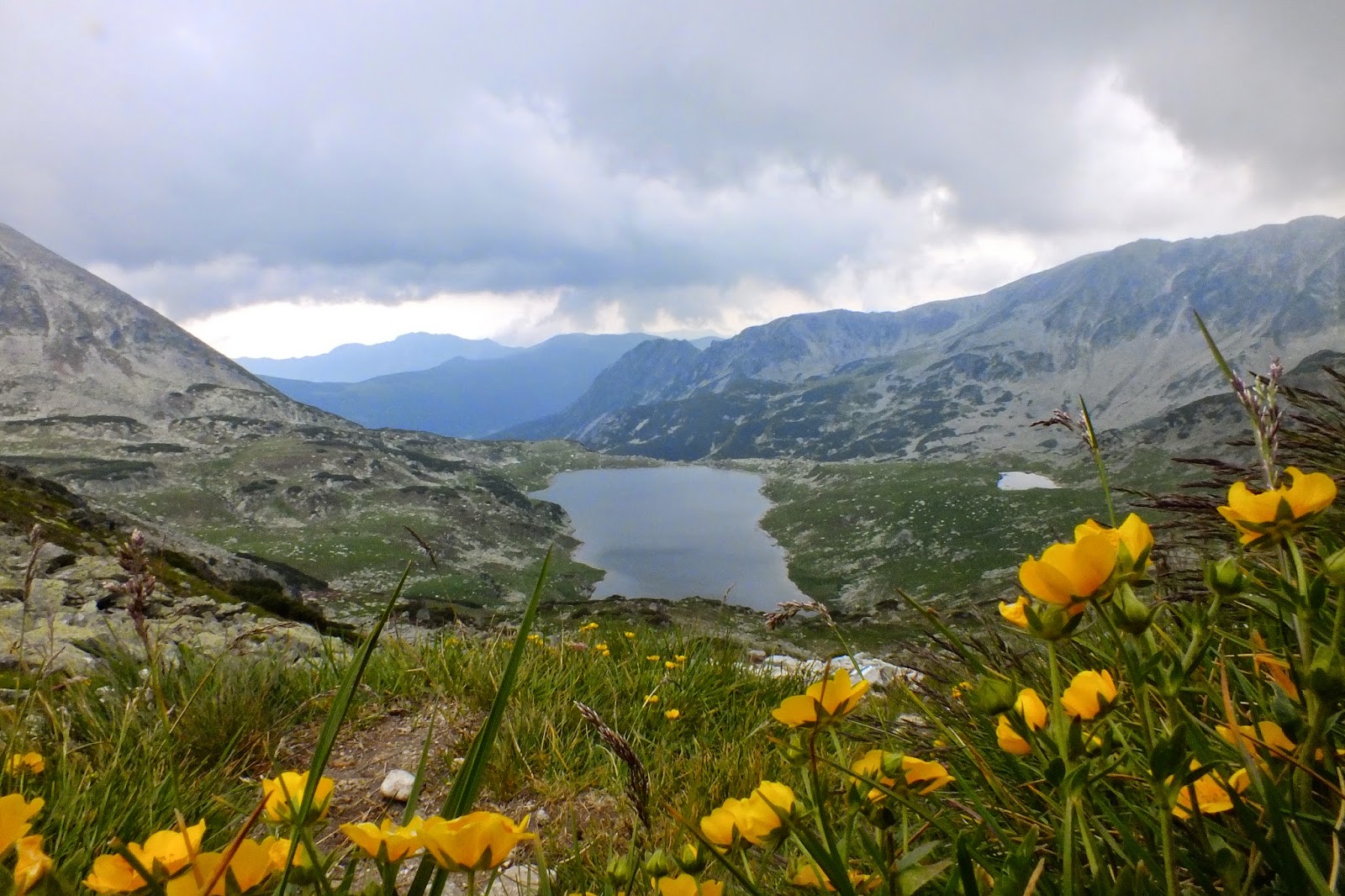 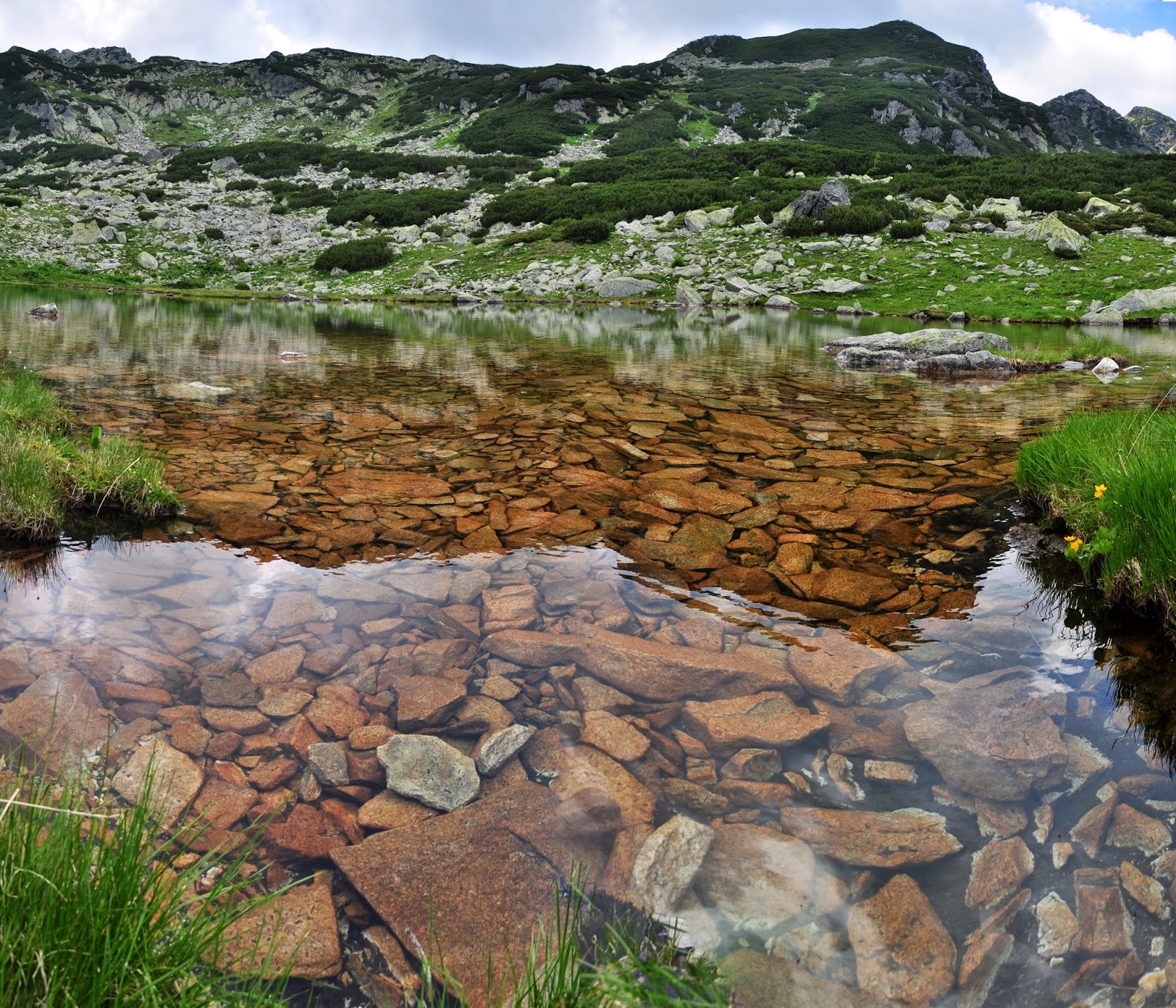 So, you want to see it? :) It's located in the western-central part of Romania, there are 4 ways of getting up here, from Riu de Mori city going to Riusor and ascending from here towards the Retezat Peak or you can go from Riu de Mori to the Gura Apei lake and dam,lower in the south - from here you can either ascend to Zanoaga or you can go 20 more km to Poiana Pelegii from which in 3 hours you'll be at the Bucura Lake. Another access is from Ohaba de sub Piatra going up to Carnic village by car and then hiking up to Pietrele or Gentiana lodges. Unfortunatelly there are no working buses anymore that can take you up. But the hike is definitely worth the experience of hitch-hiking or gently ascending with your own personal car, even though during the working days of the week, you might not really find any cars to access the mountains...but if you're lucky enough, you might find a tractor or a truck, just like we did :) Here's a decent map on how to orientate in the area, there are many marked trails. Inside the yellow-orange line, in the Gemenele Area, you can only go with an authorisation. (Click on the image to enlarge). 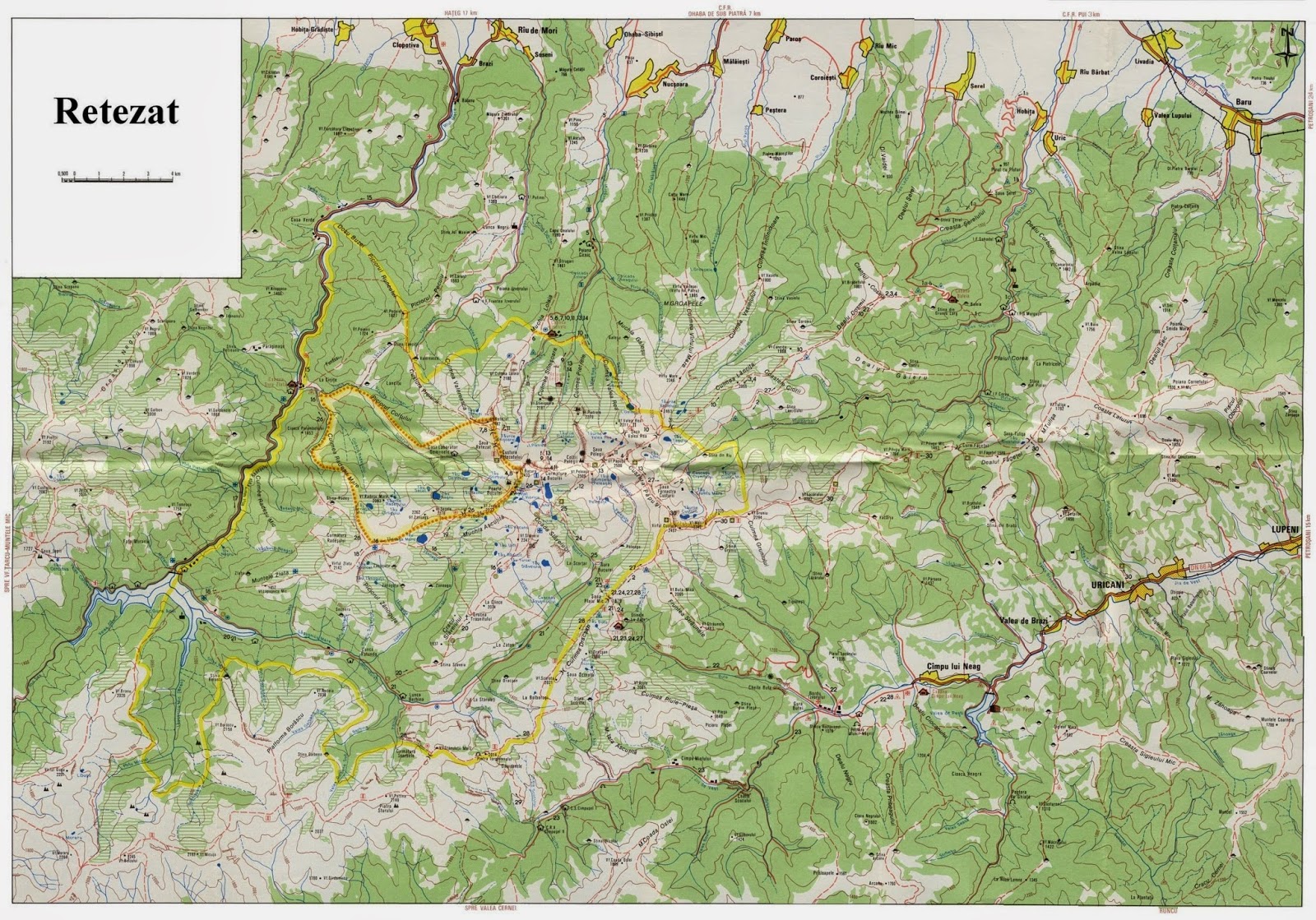 You can find tourist information points from witch to buy maps in Gura Apei - on the way to the Rotunda cabin (that's a closed cabin) or in Malaiesti village, in the northern part of Retezat, on the way to Carnic.
Stuff you should know about Retezat:
Camping sites at: Pietrele lodge, Bucura Lake, Zanoaga Lake and Poiana Pelegii (a clearing at the base on the south-east of the massif). 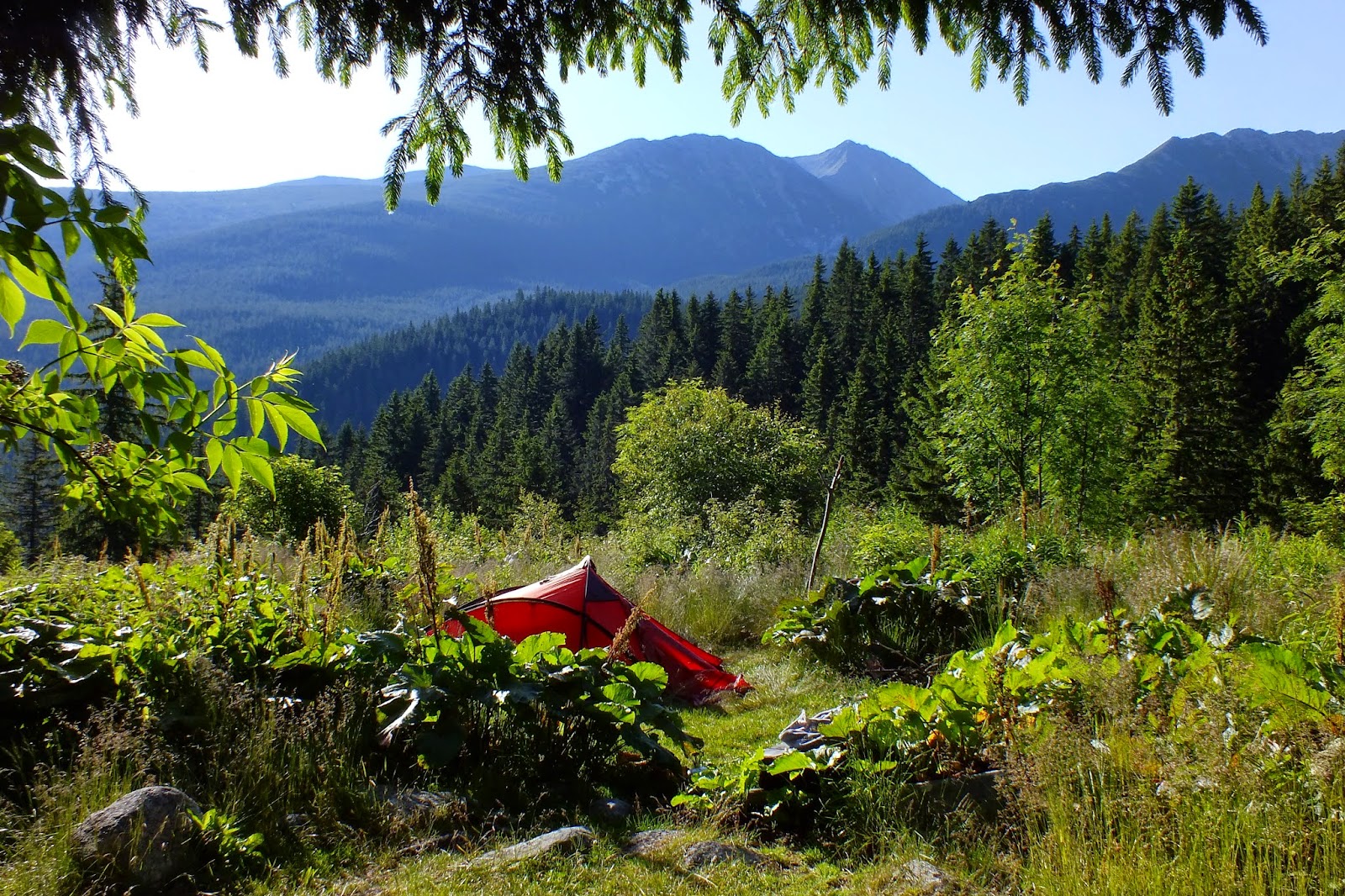 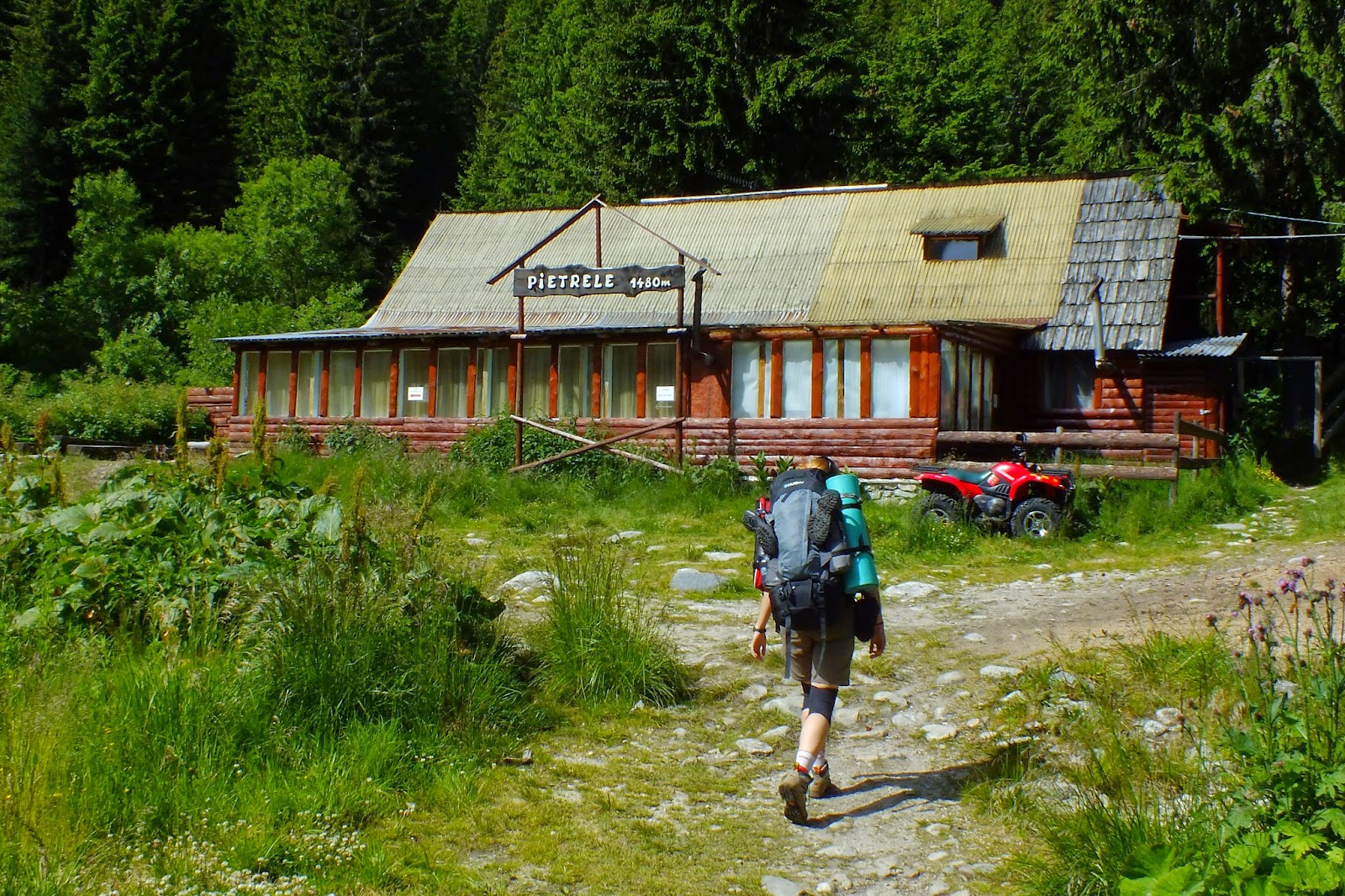 Lodging places: in Riusor holiday village - where you can also go skiing in winter, The Pietrele Lodge or lower from it, in Carnic, than there's the Gentiana Lodge one hour higher from Pietrele. During winter the Mountain Rescue's housing from the Bucura Lake and Zanoaga lake also function as a refuge, so they're always open together with Pietrele and Gentiana lodges. Other than these upper accomodations, you can find still as a working lodge the Cheile Butii Complex and some Bed and Breakfast housings around Gura Zlata. All the other lodges and refuges in the mountain are out of duty and closed, some of them have actually burned from thunders striking them. 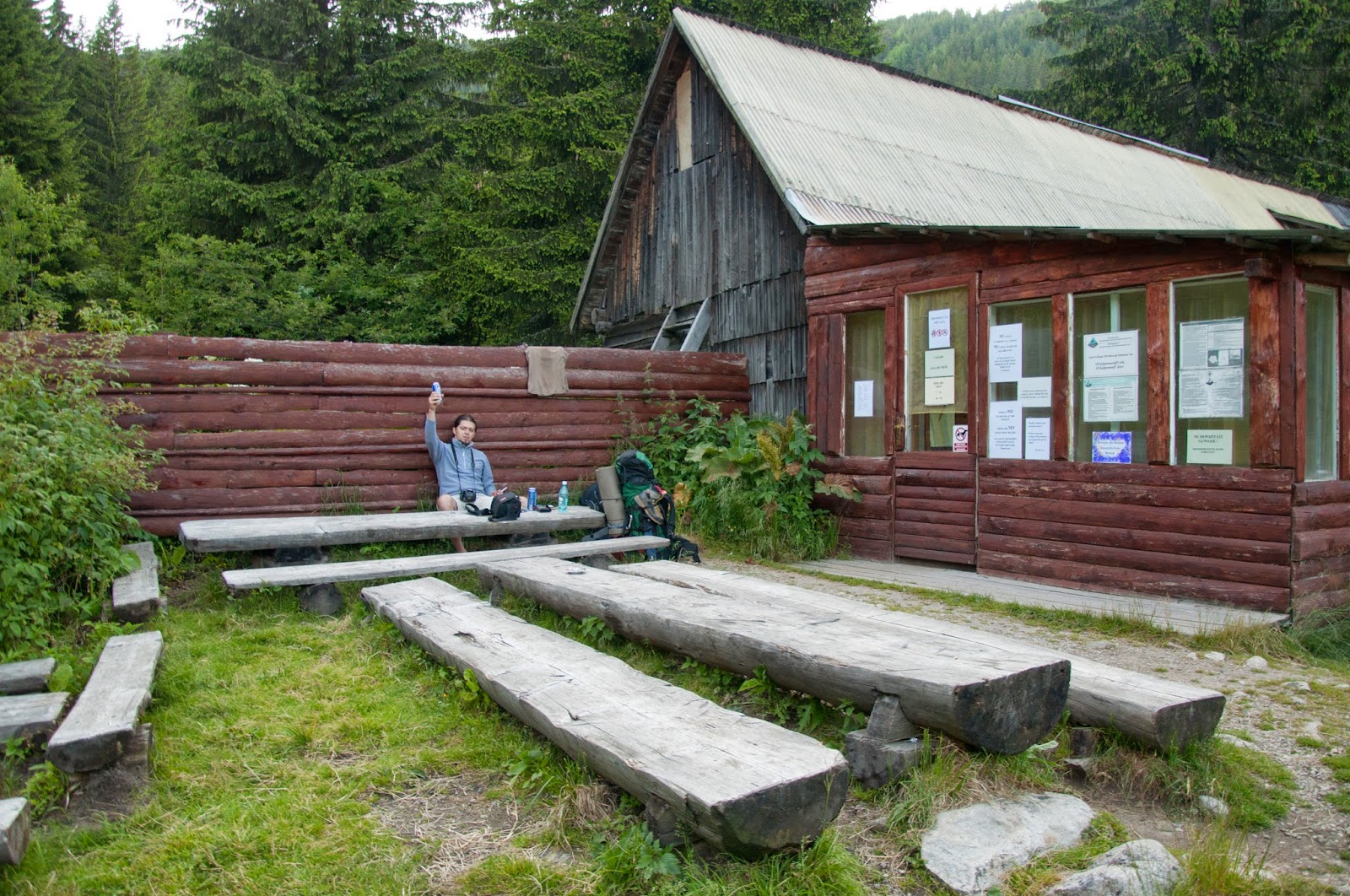 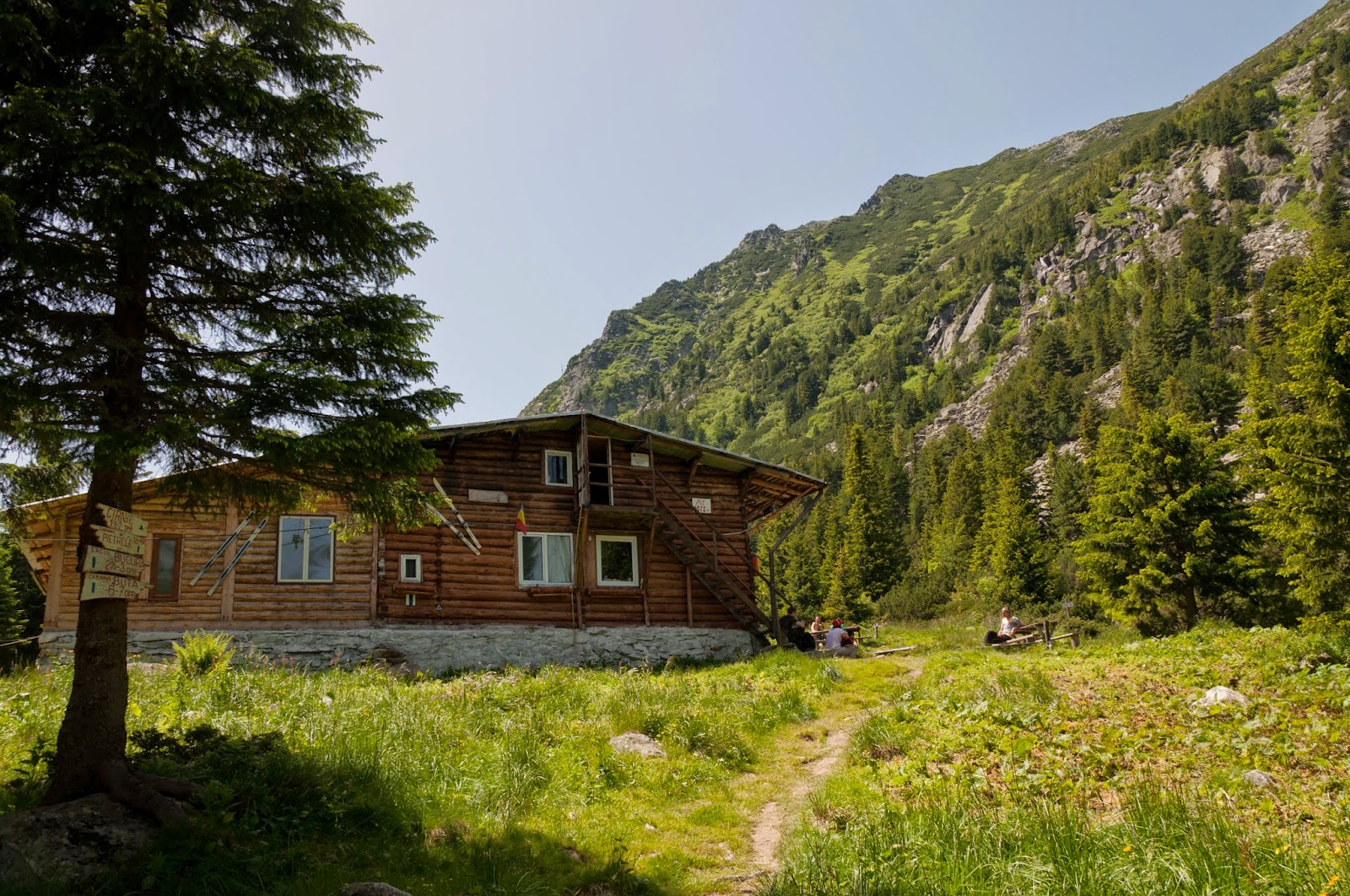 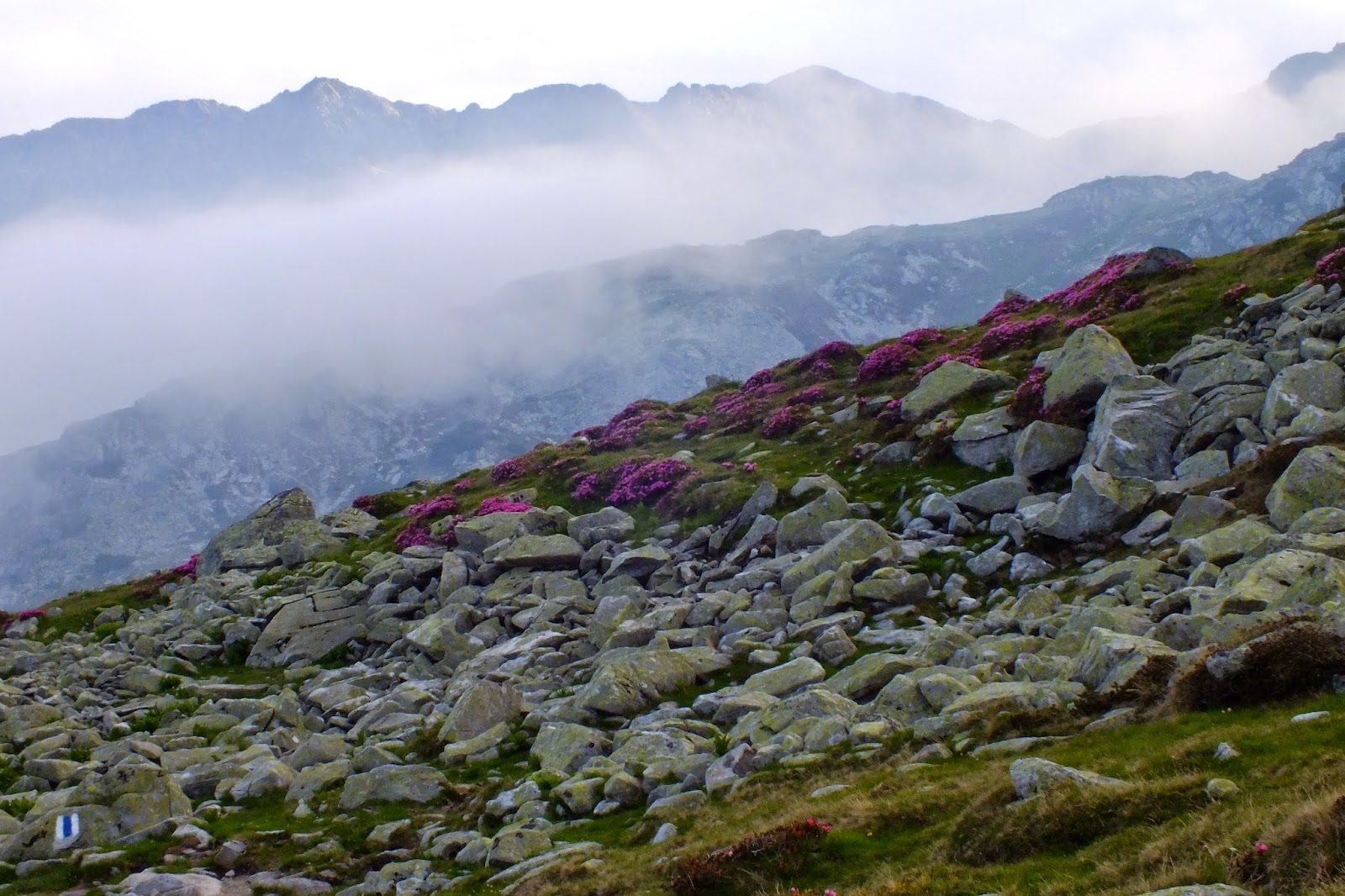 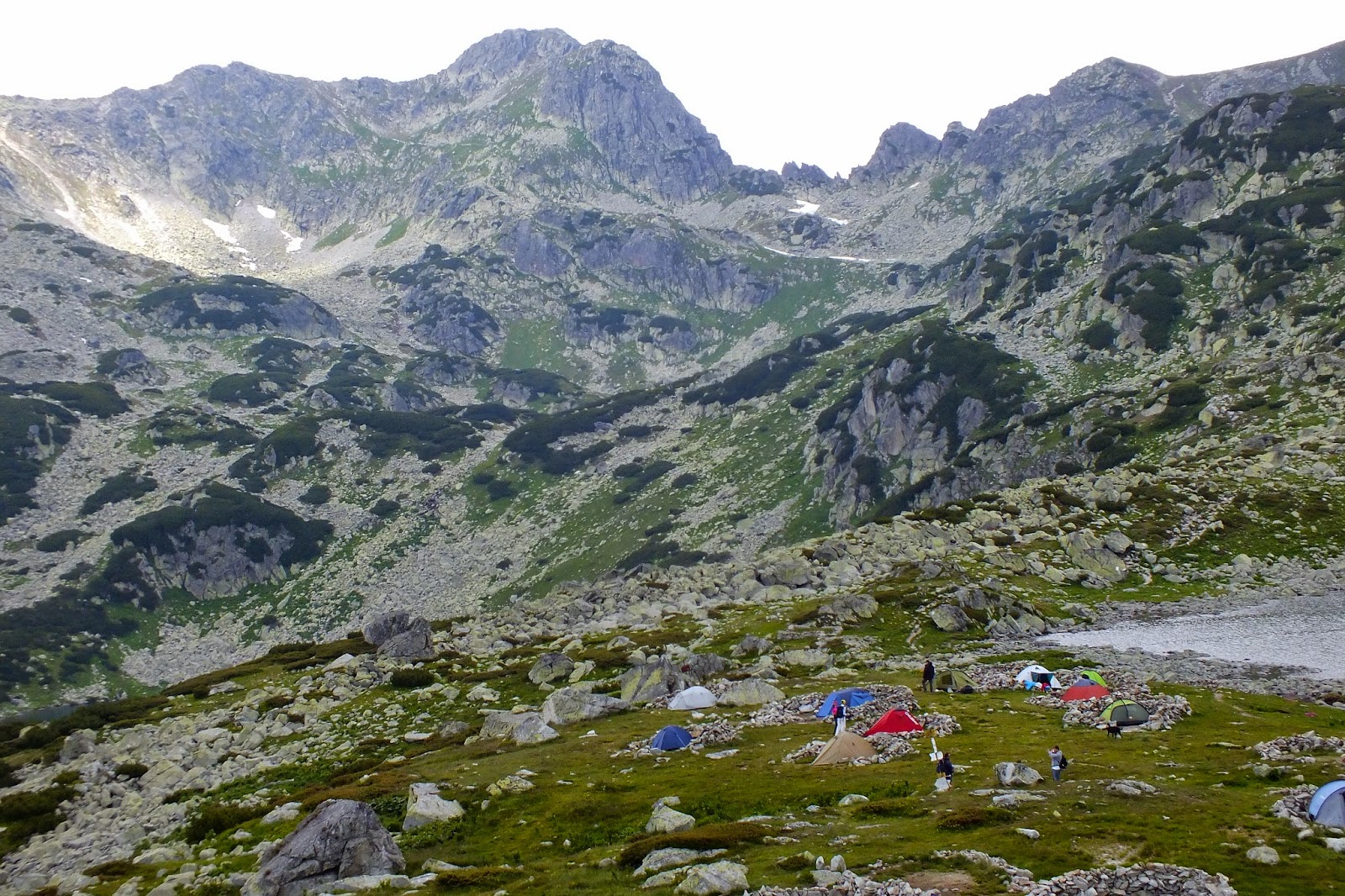 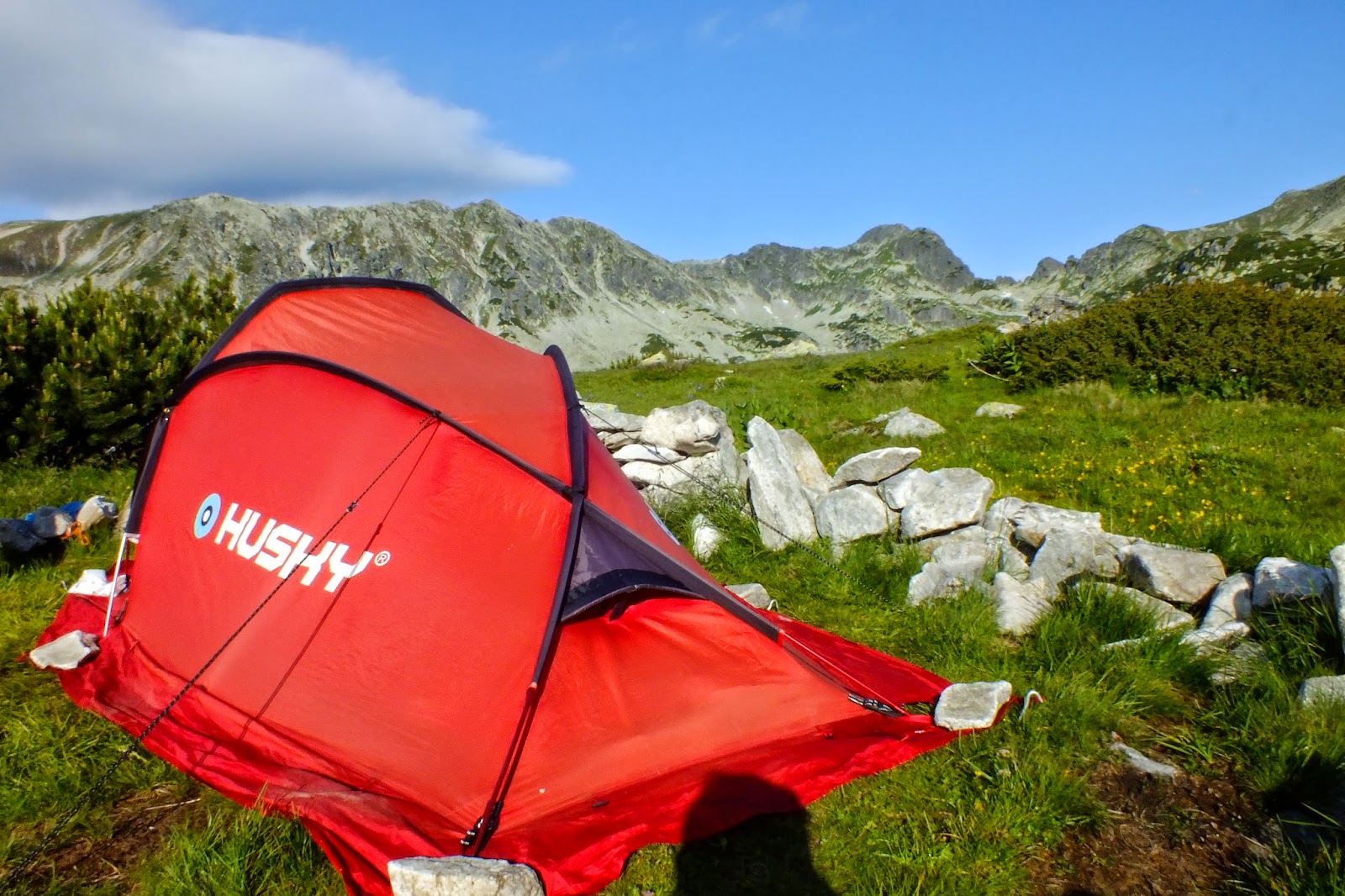 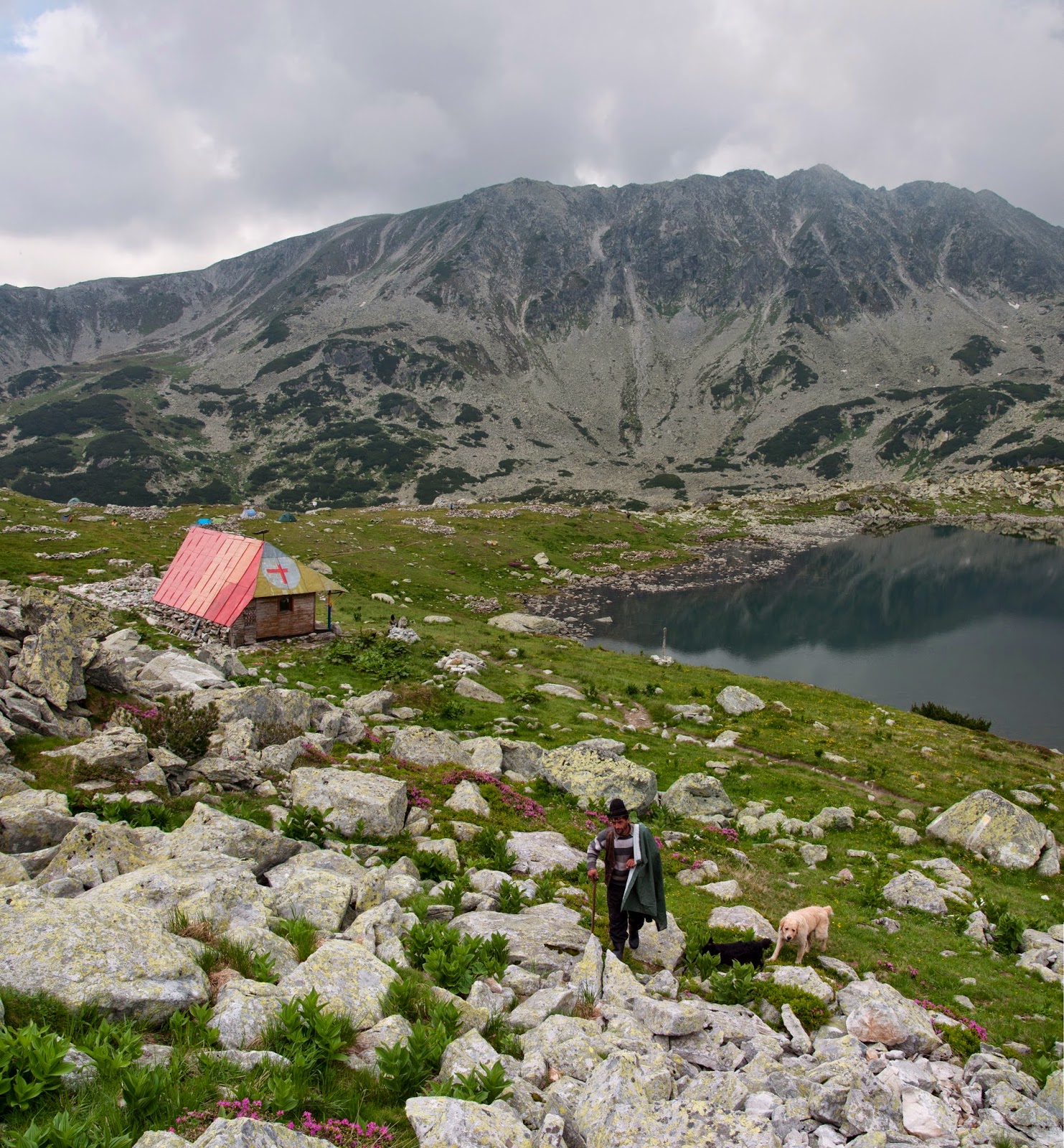 In the image above, there's the Mountain Rescue Refuge by the Bucura lake and Dani the sheppard with his dogs. You can buy milk and cheese from him as his fold is near the lake and he always comes up to the refuge for a coffee. He actually knows a few English words as well and you might see on the pole with the trail markings a sign with "Milk and Cheese", that's his!

There are no garbage disposals in the mountains so you should take back down with you all the garbage you produce, so be prepared with some plastic bags! :)
Distances can be a problem in these mountains, depending on where you're camped, but you should start walking early in the morning anyway as the weather usually goes crazy in the afternoon in Retezat, especially from 2000m upward. 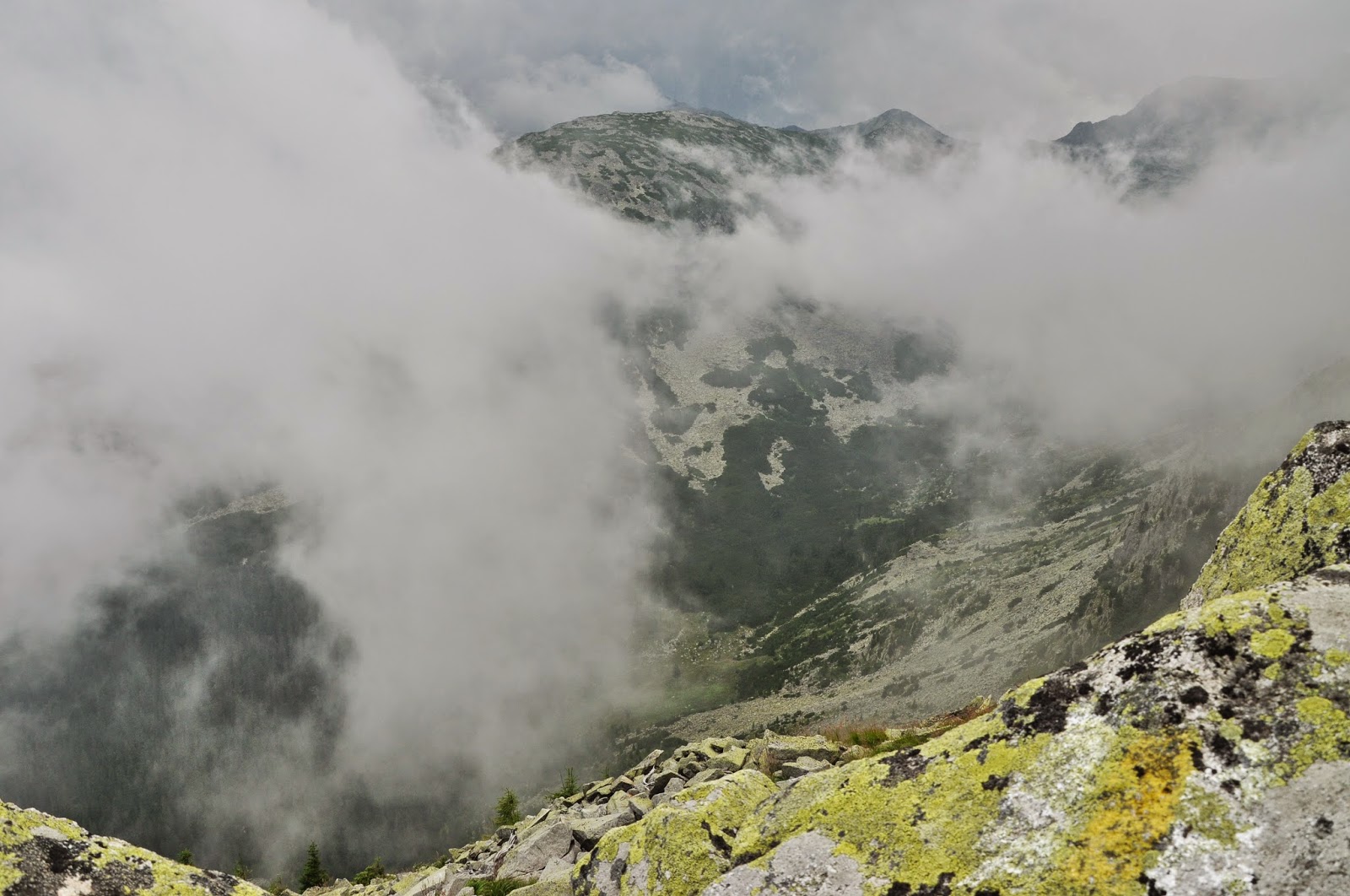 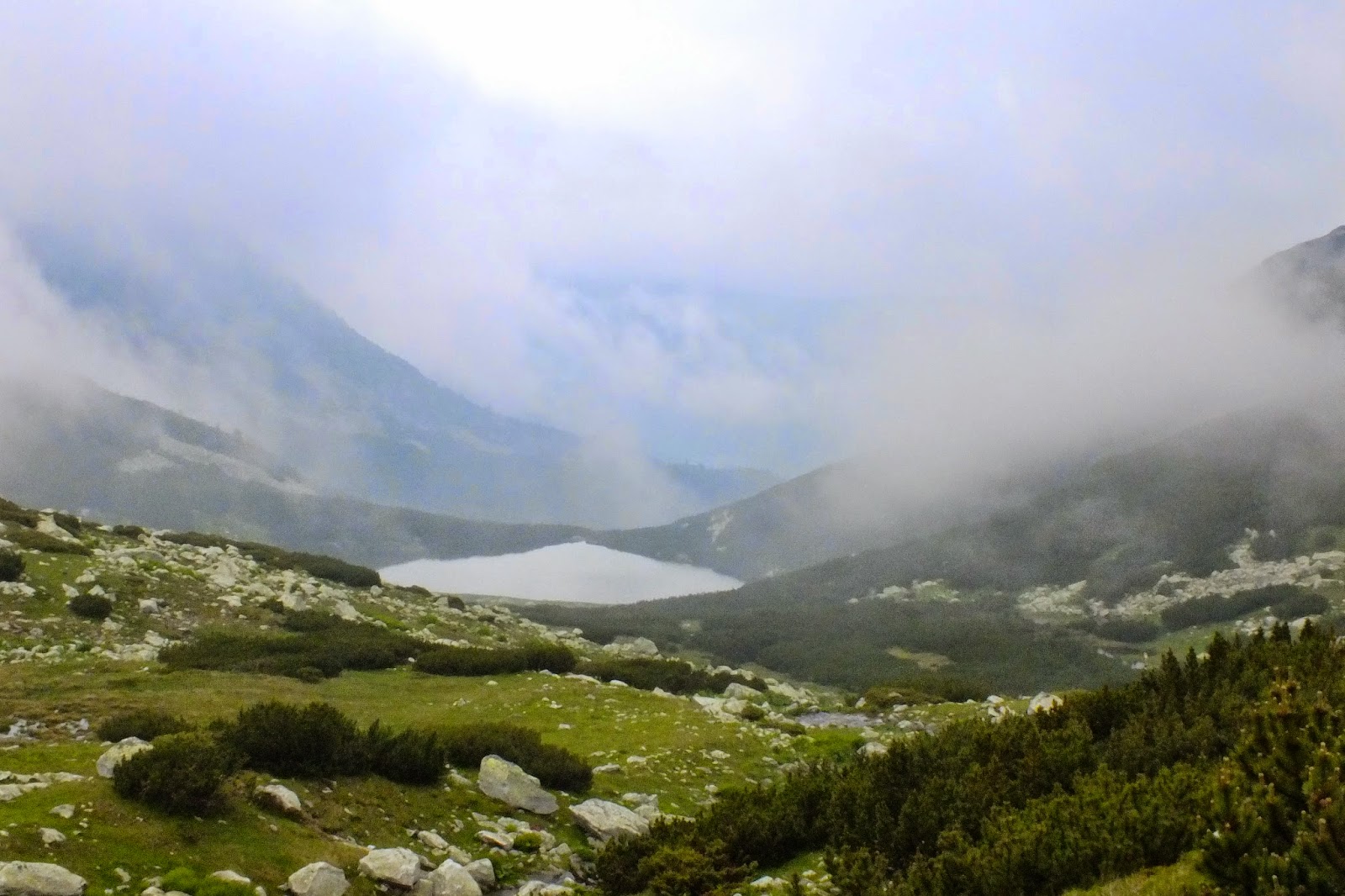 As there are more than 80 lakes in these mountains, there is not a water problem as all sorts of small rivers go down the mountain with some beutiful waterfalls as well, but, you should always be careful where you drink water from, it should not be from a still water place and you should not drink water immediately after heavy rains as there are many sheepfolds, cows, horses and their excrements might just infiltrate in the water. so...give it one-two hours to flow after the rains. 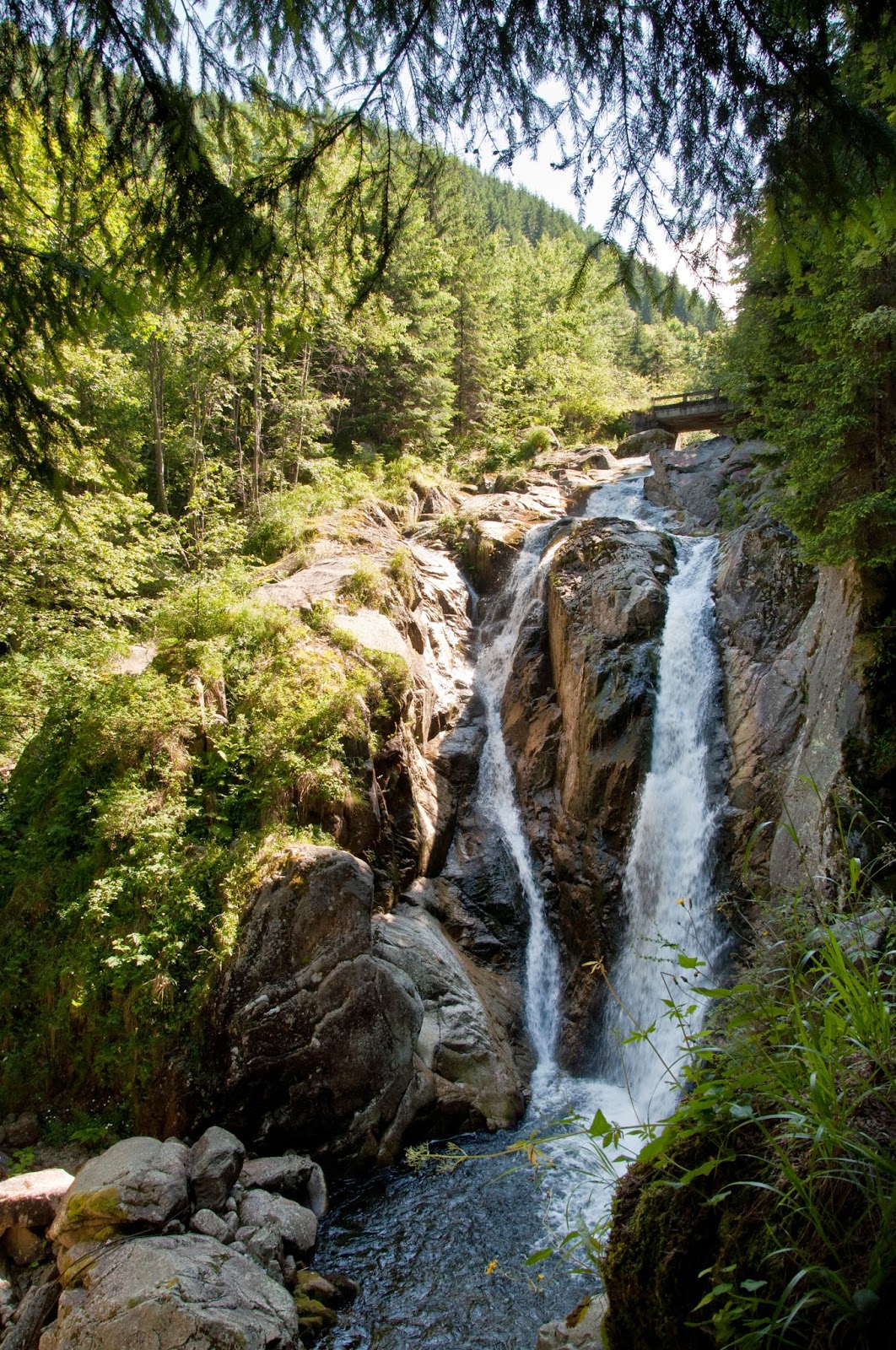 The Lolaia Waterfall (up and detail below) 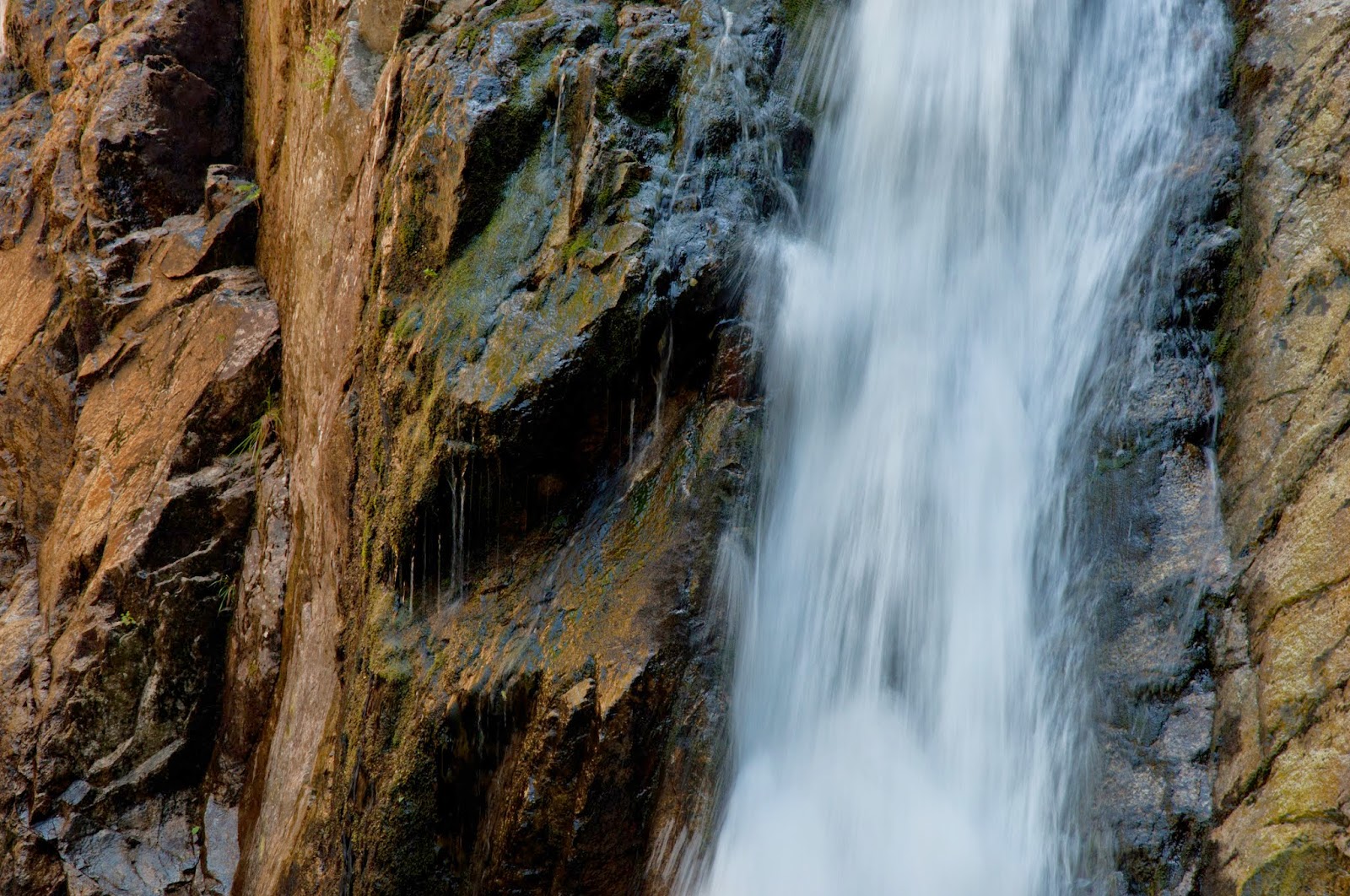 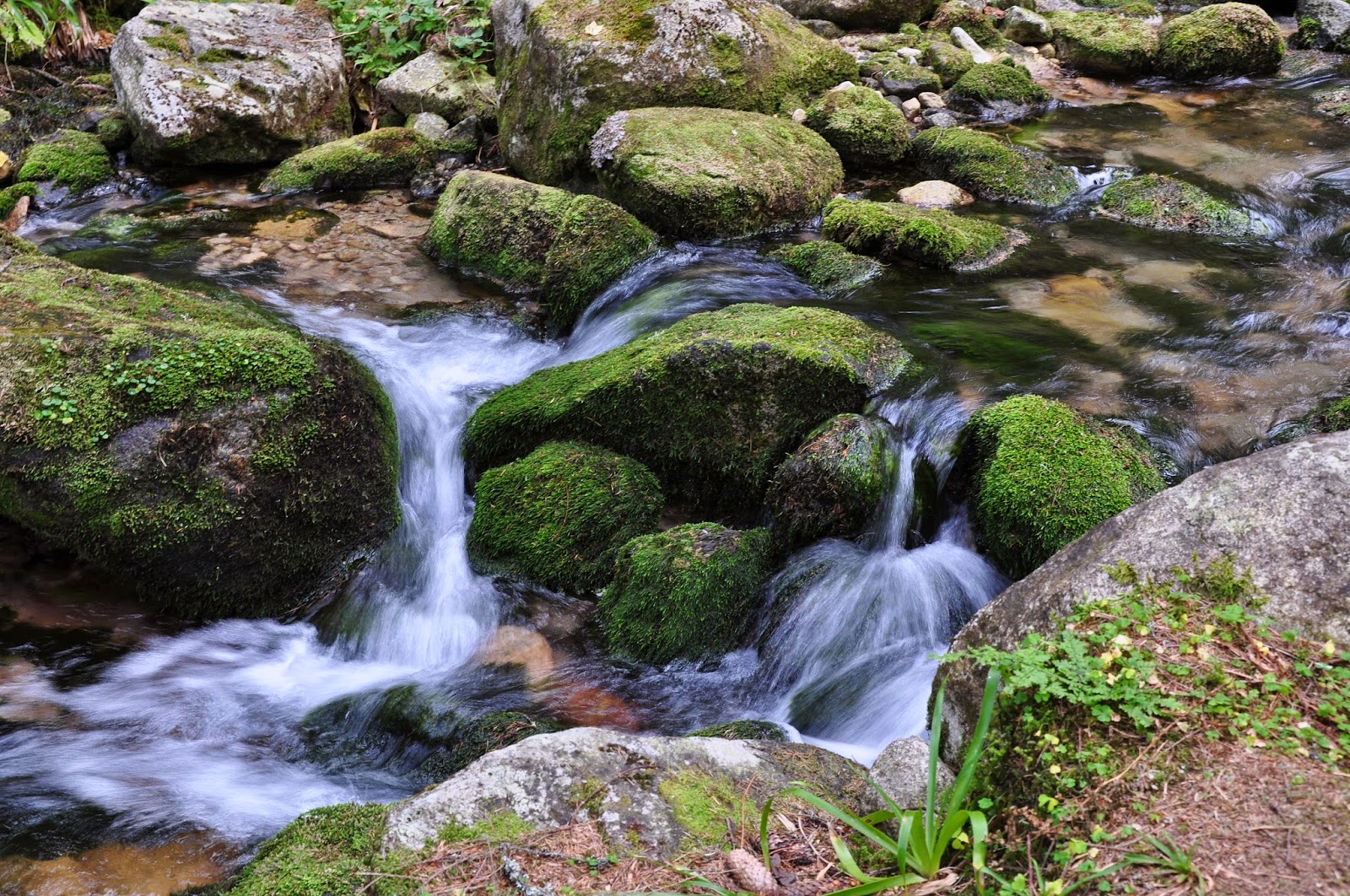 A few tourist indications on time spent to walk through:
From Riusor to the Retezat Peak thru Lolaia crest: 4-5hours.
From Poiana Pelegii to the Bucura Lake: 3 hours. The return (just descent) will take 1 hour.
From Carnic holiday village to Pietrele Lodge: 2-3hours. From Pietrele Lodge to Gentiana: 45min-1 hour. From Gentiana to Bucura Saddle: 3hours.
From Gura Apei lake and dam to the Zanoaga lake: 4-5hours, From Zanoaga to Bucura Lake: 3 more hours.
From these places on, you shall find many path markings with the time needed to make other connections on the mountains to other peaks. These are usually, from our experience, a bit too optimistic, so you should add in some more time to what it's written on them especially if you carry a heavy backpack and, of course, try calculating some breaks for you as well as mountain air makes you hungry and you need to drink a lot of water after getting out of the forest and walking thru the sun! 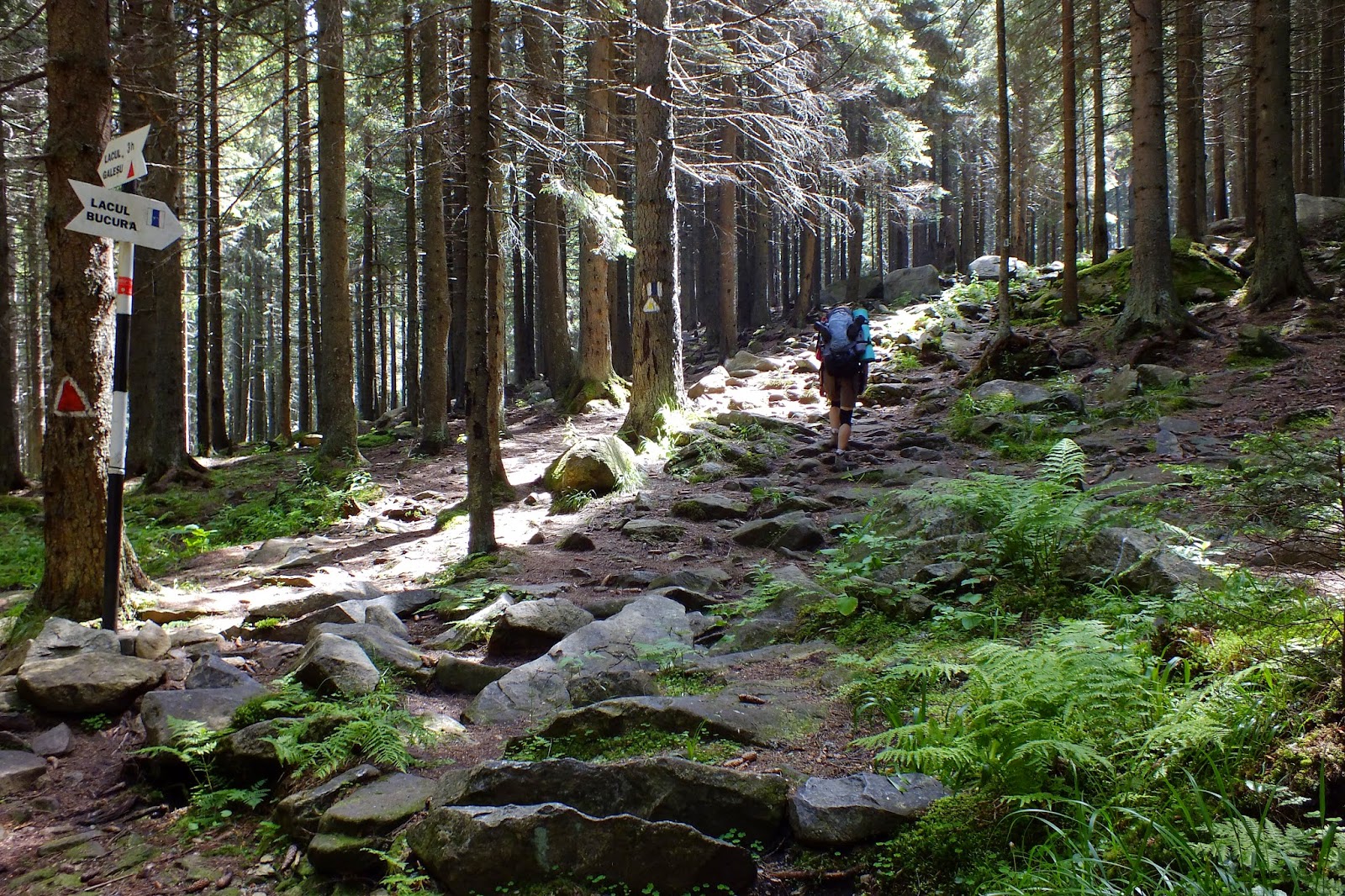 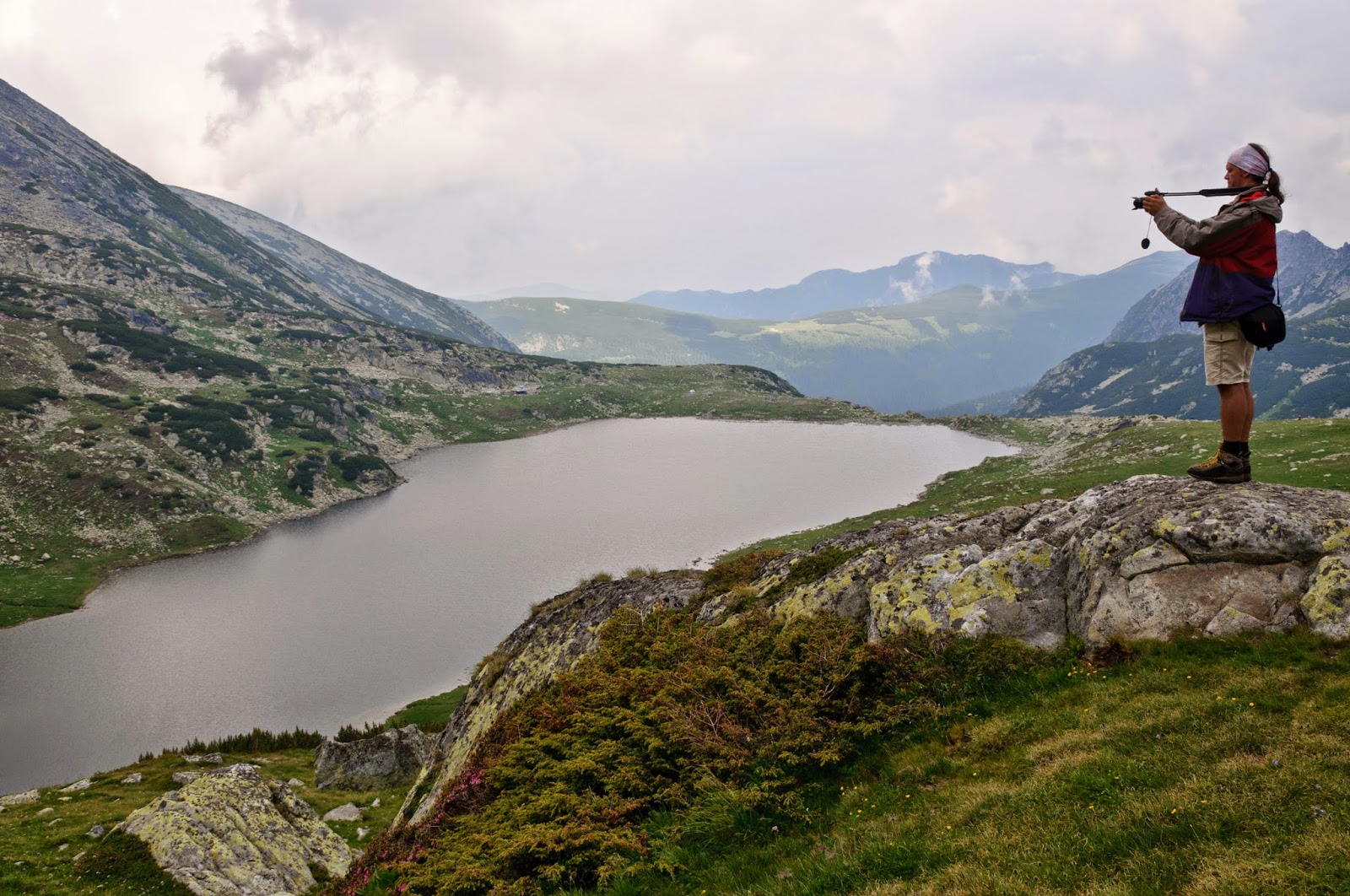 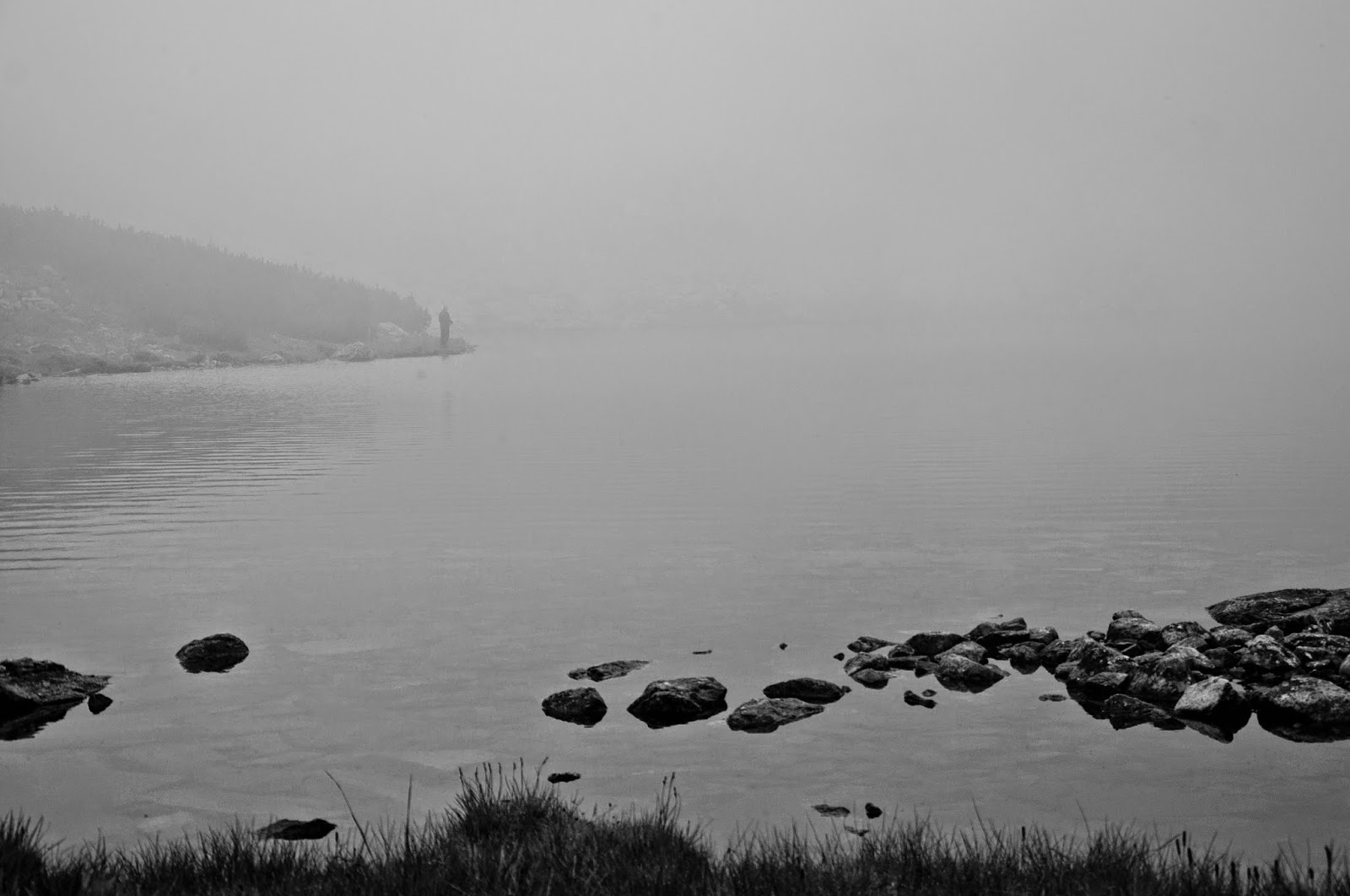 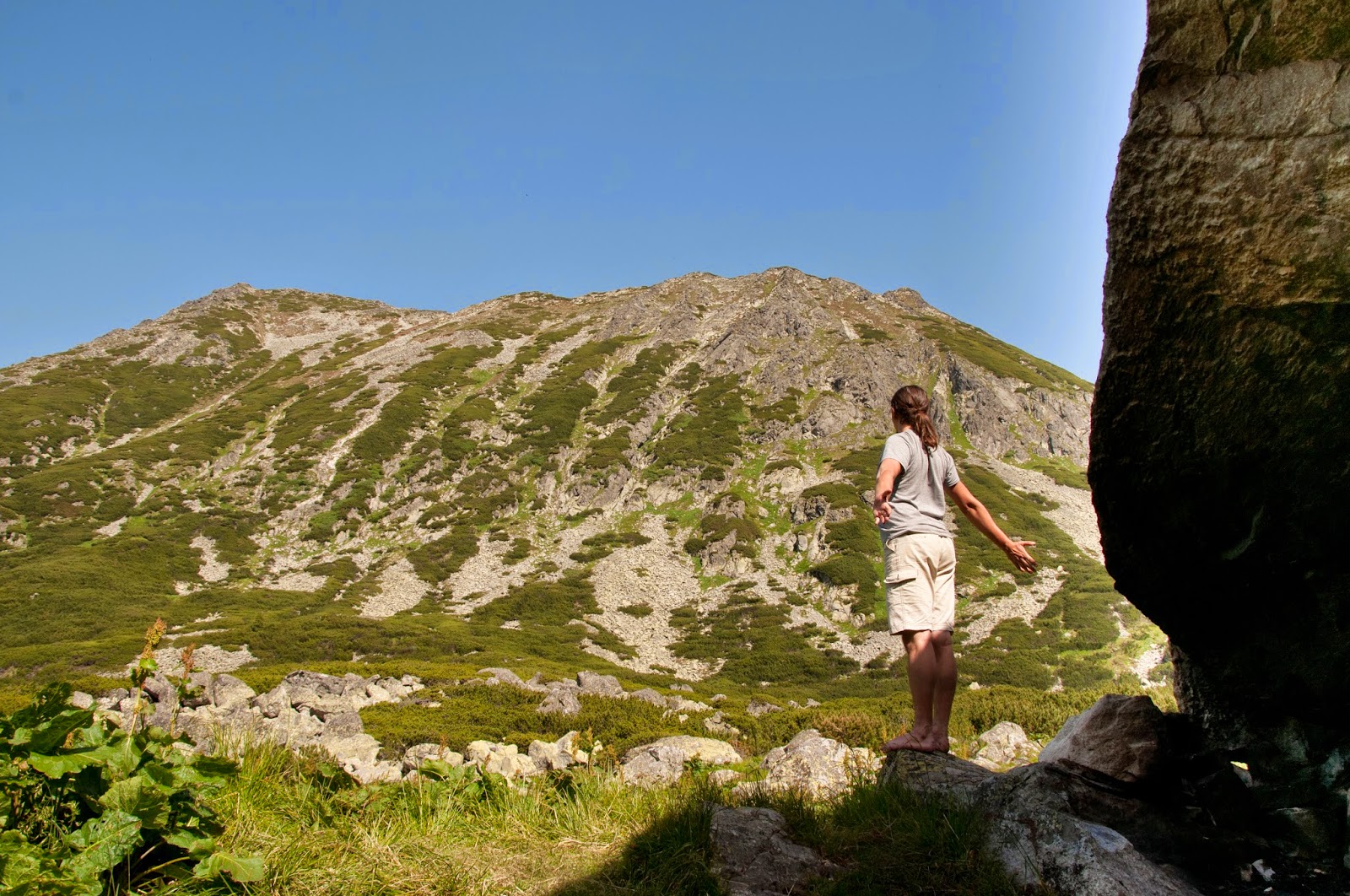 Small break at the Bordu Tomii stones (between Gentiana Lodge and Pietrele Lake,
on the way to Bucura saddle) 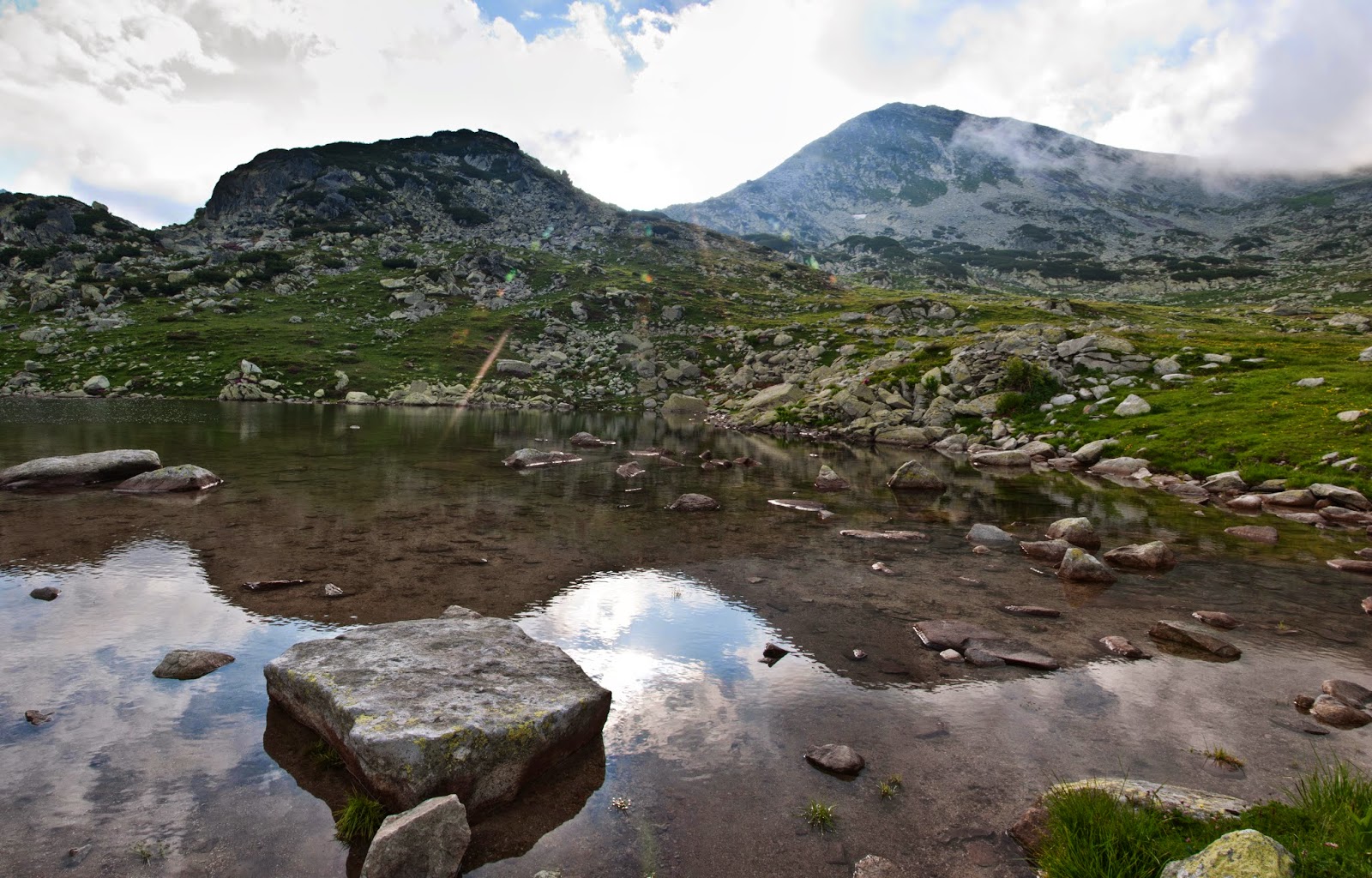 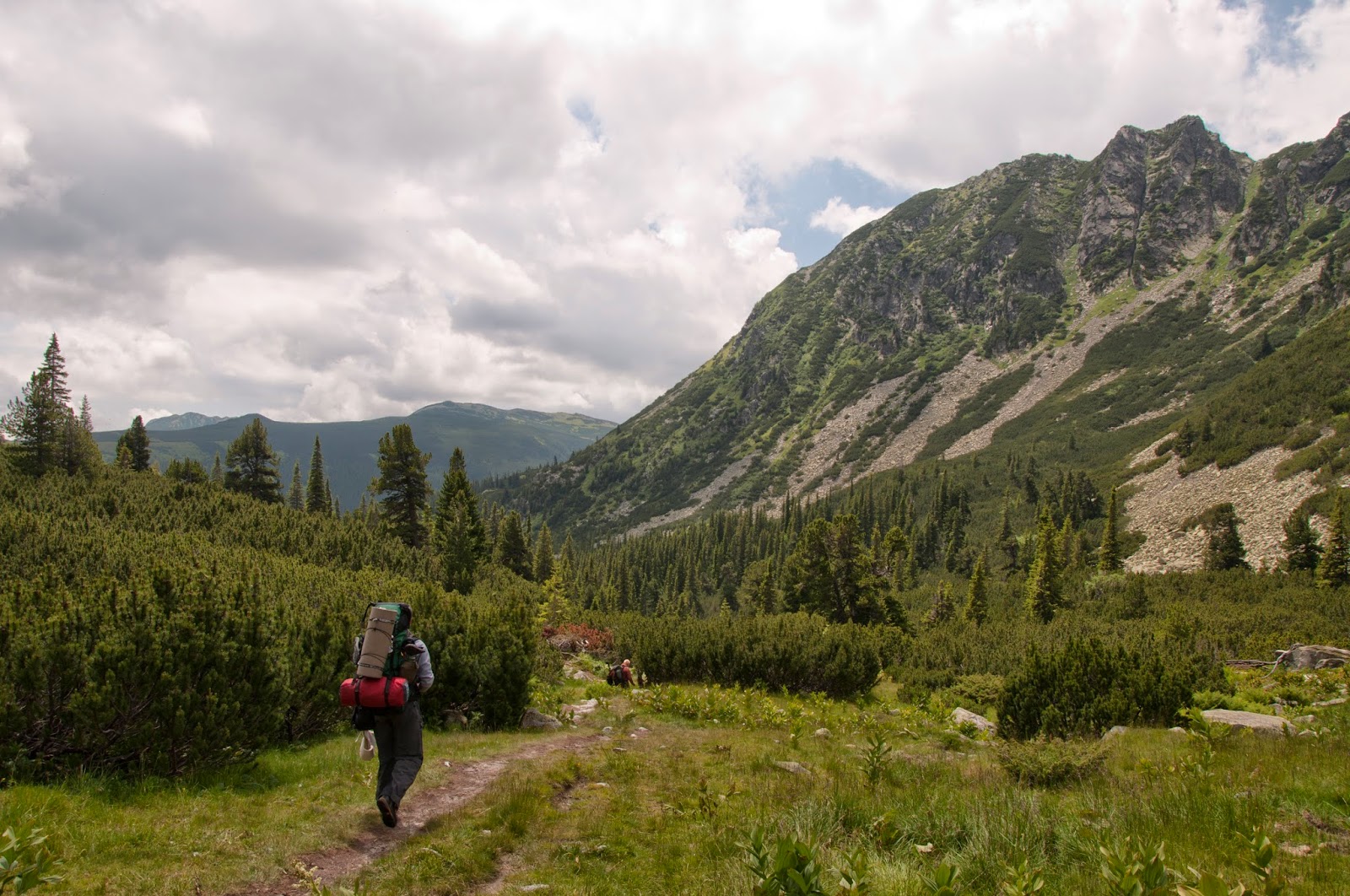 And a little selfie of us "the travellers" :) 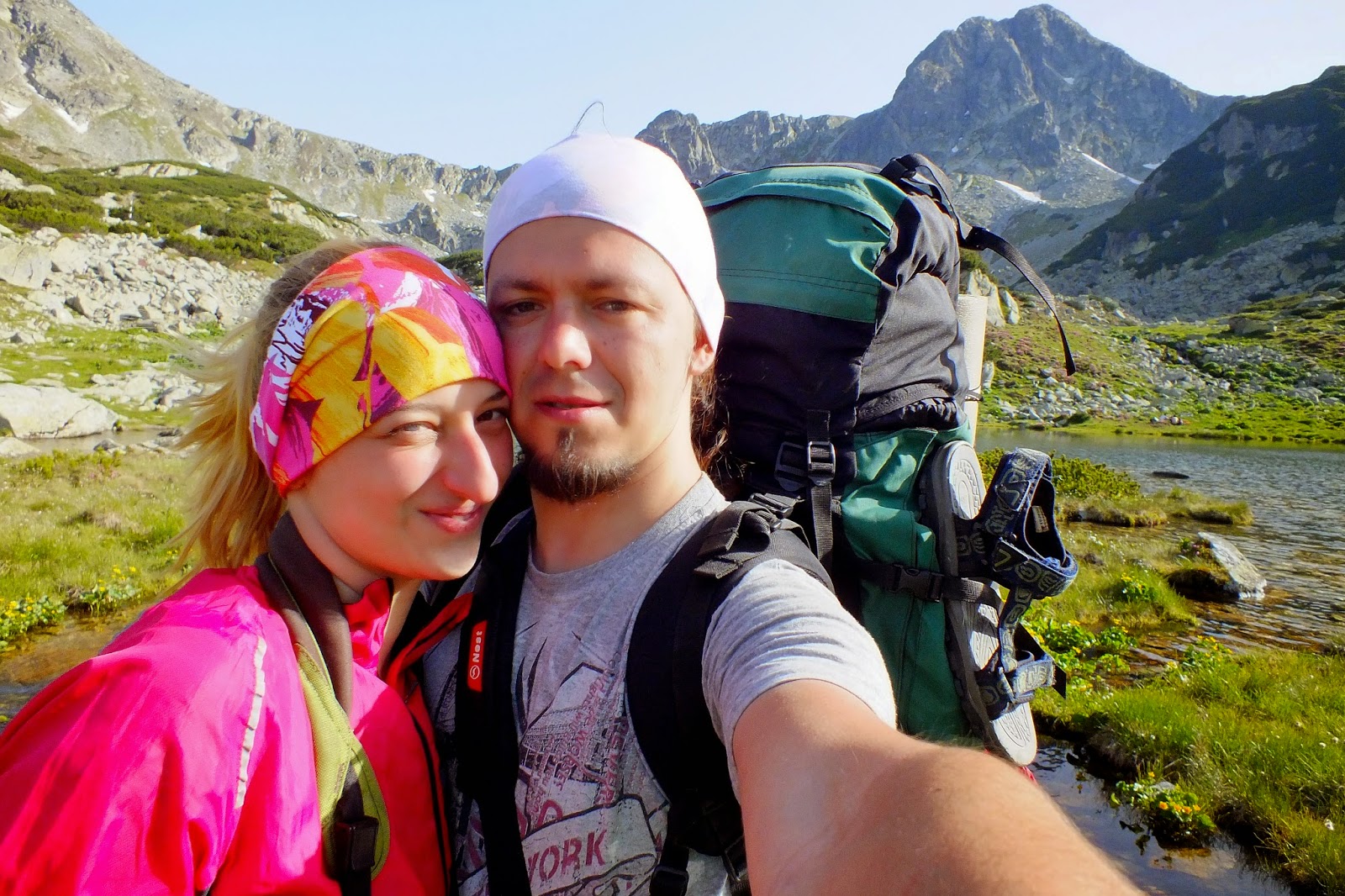 Other interesting stuff to see at the base of the Retezat mountains, in the Hateg area (area that is also called The Hateg Country):
The Sarmizegetusa Regia fortress, right by the exit from the main road towards Riu de Mori, on the western part of the mountain.This was the roman built capital after conquering Dacia in 106 A.D.
The Densus church, built in the 13th century in the village with the same name. Other similar stone-built churches in Pesteana, Santa Maria Orlea, Sanpetru and Strei.
The Tur Reservation near Hateg.
The Dinosaurs Geo-park from Hateg.
On the way up to Riusor, you'll see the Monastery called Colt (=Fang) near it, on the left, there's the Colt Fortress, now in ruins, it is said it was the inpiration for Jules Verne's book "The Castle from the Carpathians". It's 30minutes of hiking away from the road to actually get inside the ruins, plus it holds a great view on the valley.

If you need more infos on the area or how to get there, or maybe even a tour-guide, contact us! :)