Hi! So, we were not that much active this year, but now we're going to recover a bit :)
Hope you enjoy the new blog look and with that, here's a little special encounter we had in a trip, and we want to share it with you.
We went for a weekend to Dealu Botii, close to the Belis Lake from Apuseni mountains...read more below. 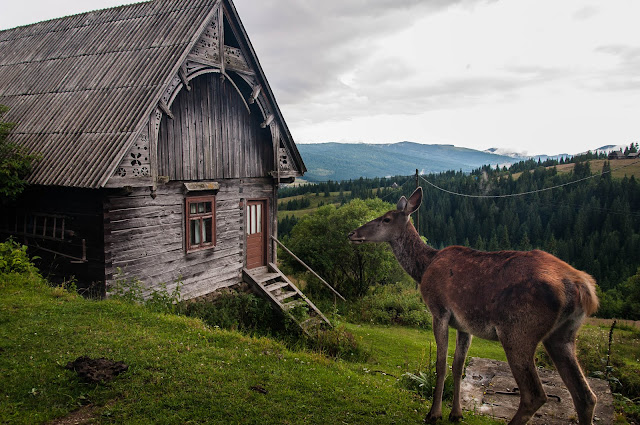 We had no clue how the place is, we just found it on a map and wanted to get there. With that, we started by checking online to find some accommodation this time. We usually don't do that, but we wanted this weekend to be a bit different.
We found a nice cabin for rent, but it was huge and it was just the 2 of us that were planning to go. But after calling, the owner said it was empty anyway, so why not let us stay there for the weekend?
And with that a nice story begins.

We were supposed to go get the keys from some friends living in the village at Dealu Botii, which we did, but it was not planned that it would happen during an angry summer rain.

The family was lovely, and we ended up talking with them for almost an hour when we got there, so we decided we have to go back in the evening to get some fresh milk from them and chat some more.

The house was lovely, and it's location was extraordinarily peaceful and with a great view. We were very absorbed by it, and while admiring the view, we decided to enjoy this by drinking some wine we got from Mr. Bereghi (check the article about him here), we had to wait the rain out anyway.


It was just us, some cows mowing around :) and some swallows playing around. So we really enjoyed the peace and quiet. 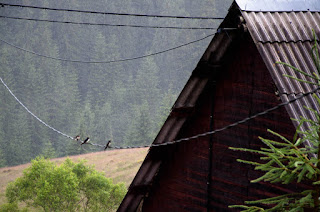 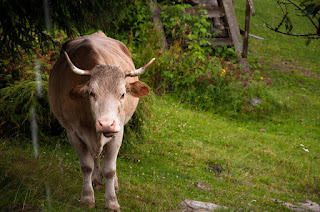 But the wine was just too good, and our appetite was starting to ask for some food too. Thus we had to get down to prepare that barbecue we had planned since we got there.

Tudor was into that while I was walking around the surroundings taking pictures and I see on the path, between the houses, a deer! Oh my God, there's a dear here, and I must photograph it! 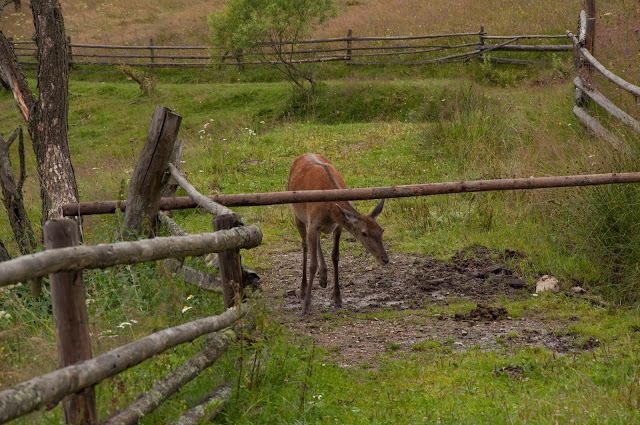 I was sooo excited to see it and so worried that if she notices me she'll run away. So I was trying to be as still as I can and to wait for it to come closer to photograph it. Can you imagine how surprised I was to see her come RIGHT at me! And then she passed by me going in the direction Tudor was preparing the barbecue. I immediately went after her, and when she noticed me she came back to me and, you will never believe this, she tried to eat my blouse (which was green, so that's totally understandable) and I hat to push her away quite insistently until she understood that's a No-no!!

Tudor was talking on the phone while I was desperately trying to make signs so he turns towards me to see the deer for himself, and when he finally did, he was even more shocked than I was. I could hear him say to the other person on the phone: "There's a deer!!! She's near Dana, she can touch her!!! OMG, I have to go!" That was fun listening to! :)))) And he took my phone from the table and took a picture of me and the deer. 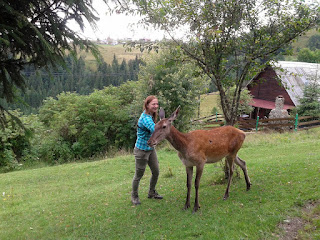 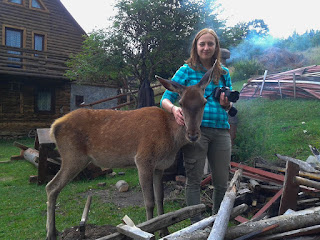 The deer was not bothered at all by us, or by our barbecue, or by our surprise (which I believe was very LOUD at the time, as we were not just shocked but also thrilled about her presence) and she stayed with us for a couple of hours afterwards... 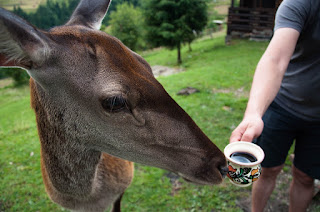 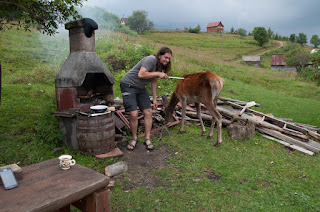 We tried to be good guests, we offered it some wine, some tomatoes, some apples. She just kept refusing it all. So we gave up, and let her do whatever she wants to do.
And in the end she decided to just stay there, as a pet would stay to wait for it's owner.
But after a while she got bored that we weren't doing much so at one point, long after the barbecue was already made, she went away, disappearing into the fog. 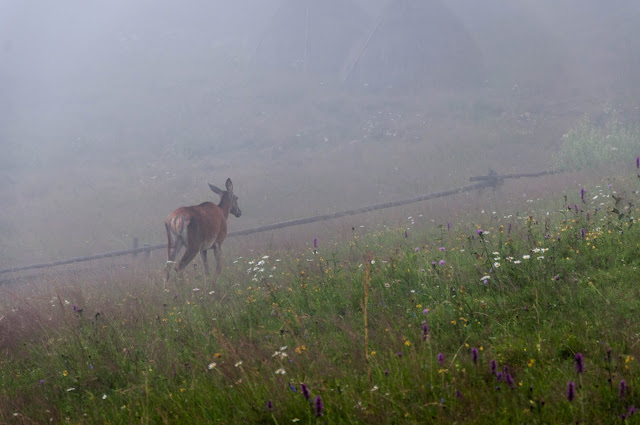 Of course we were super excited about this meeting we had, so we shared some pictures on facebook :) and by that, some friends decided they're also coming, as they wanted to check the lovely place for themselves (and of course, the deer). 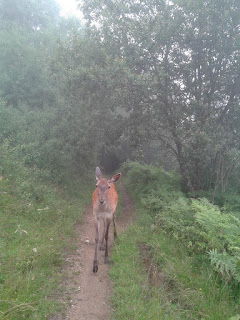 When evening came, and we knew the cows went back home, we decided to go to the family we met earlier to get some fresh milk and wait for our friends there. The shortcut to their place was crossing a small forest, on the same path from which the deer showed up initially, and after we got out of the forest, guess who was following our footsteps? Bambi - like we named the deer, out of a lack of inspiration. I had no camera so, I took a shot with my phone, so quality on this one is not there. She ended up following us up to this family's house, and the story doesn't end here. She followed us inside the courtyard, like a dog would! :) But the family knew more than us about her, and they asked her to leave... which she did. And we haven't seen her since then. Her story seams to be that someone rescued her when she was a baby, and they treated her and then let her go back to the forest. However she's a good friend to everyone and everyone is taking care of so nothing bad happens to her and they make sure nobody ends up hunting her. And... her name actually is Bambi.
Surprised to hear this, I was quite proud someone had rescued her. But guess what, seams that person got a fine and is being sued by the state because they "trapped"the animal at home while treating it. What?!!? The man did a good deed and he has to pay a fine for that?! Seriously!? Seams so... long live our beautiful laws. So disappointing :(.

Then next days weren't so spectaculars, but we have some nice places to share with you from there and from the Belis lake. It's a good place to go if you want some peace and quiet. We highly recommend the area and the friends we've made there. So if you're in Dealu Botii and want some milk or cheese, make sure you go into the village and ask about Dan and his wife.

Here's the shots from the area: 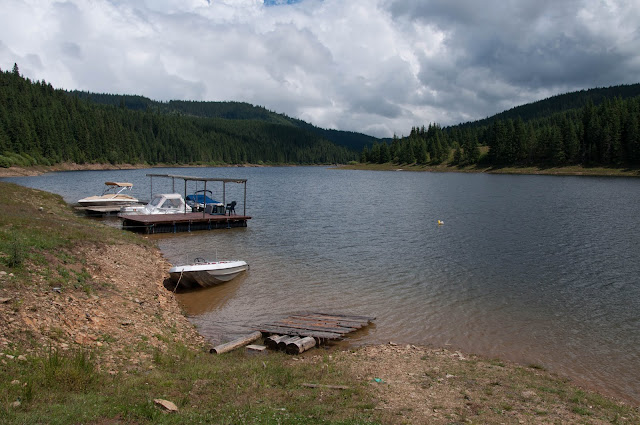