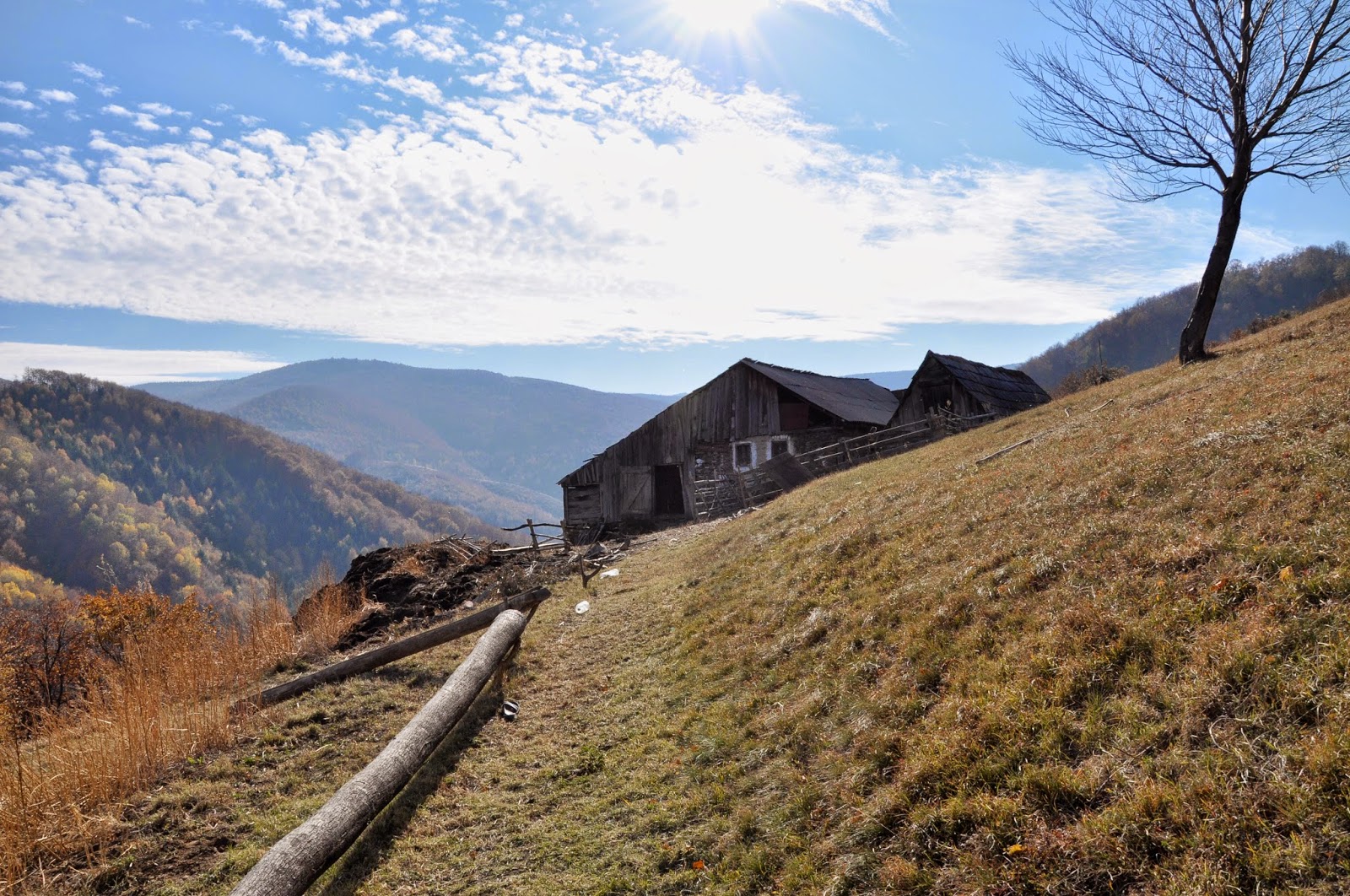 This village, found on a hill's crest, Cracul Teiului's Hill, in a wonderful position toward the surrounding valleys lies abandoned for years. 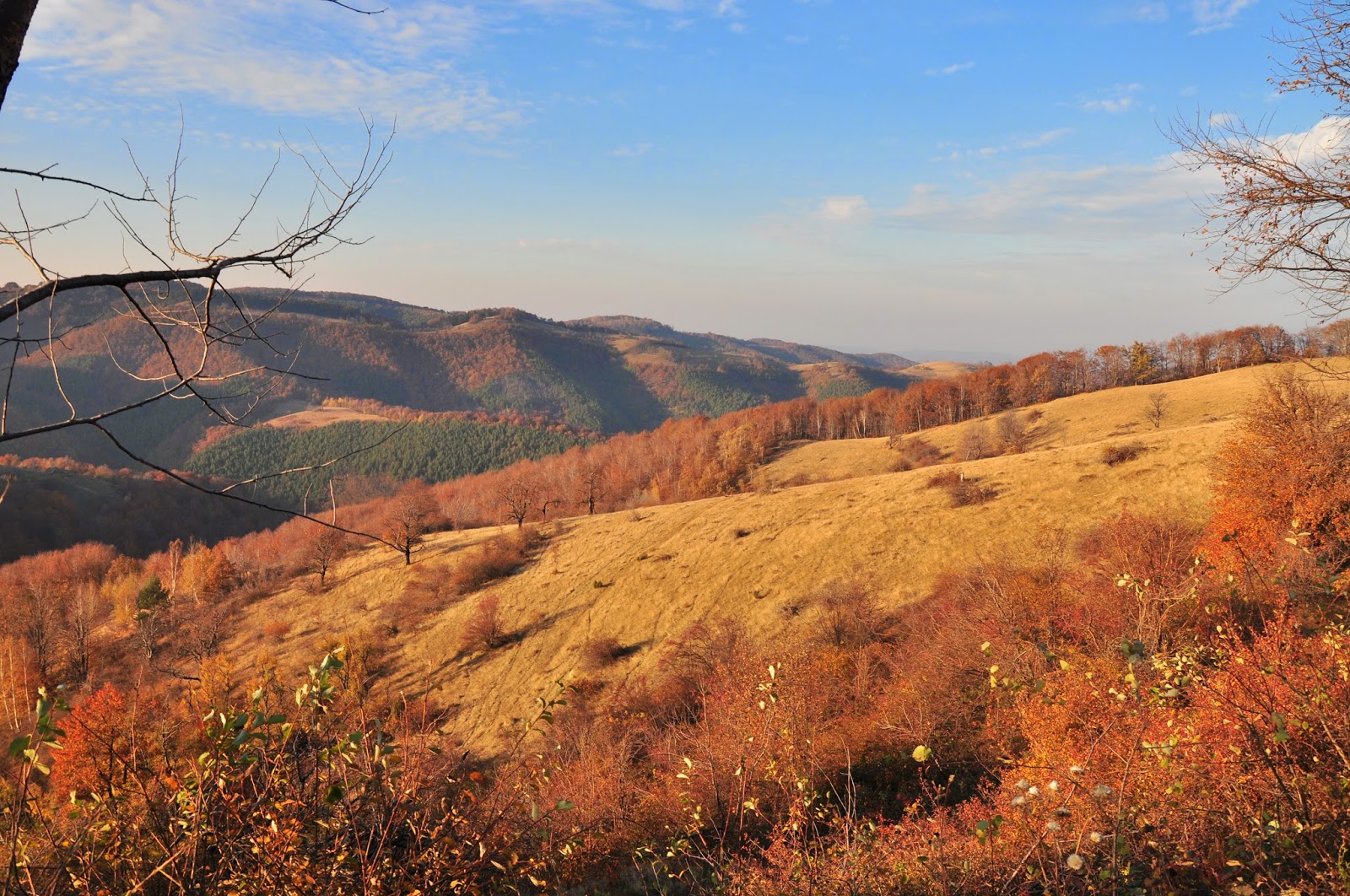 Lindenfeld was funded in 1828 by germans from the Boemia region, initially 37 families resided here. The Bohemians took a vow to protect the Banat region from turkish threats and thus translated here 50 families in the year 1827 and 500 more in 1828 in 5 local villages.
The settlement was self-sustained for the time, with its own school, own church, town-hall, own lands and water supply.

But after a short time there was a lively dissatisfaction in the settlement. 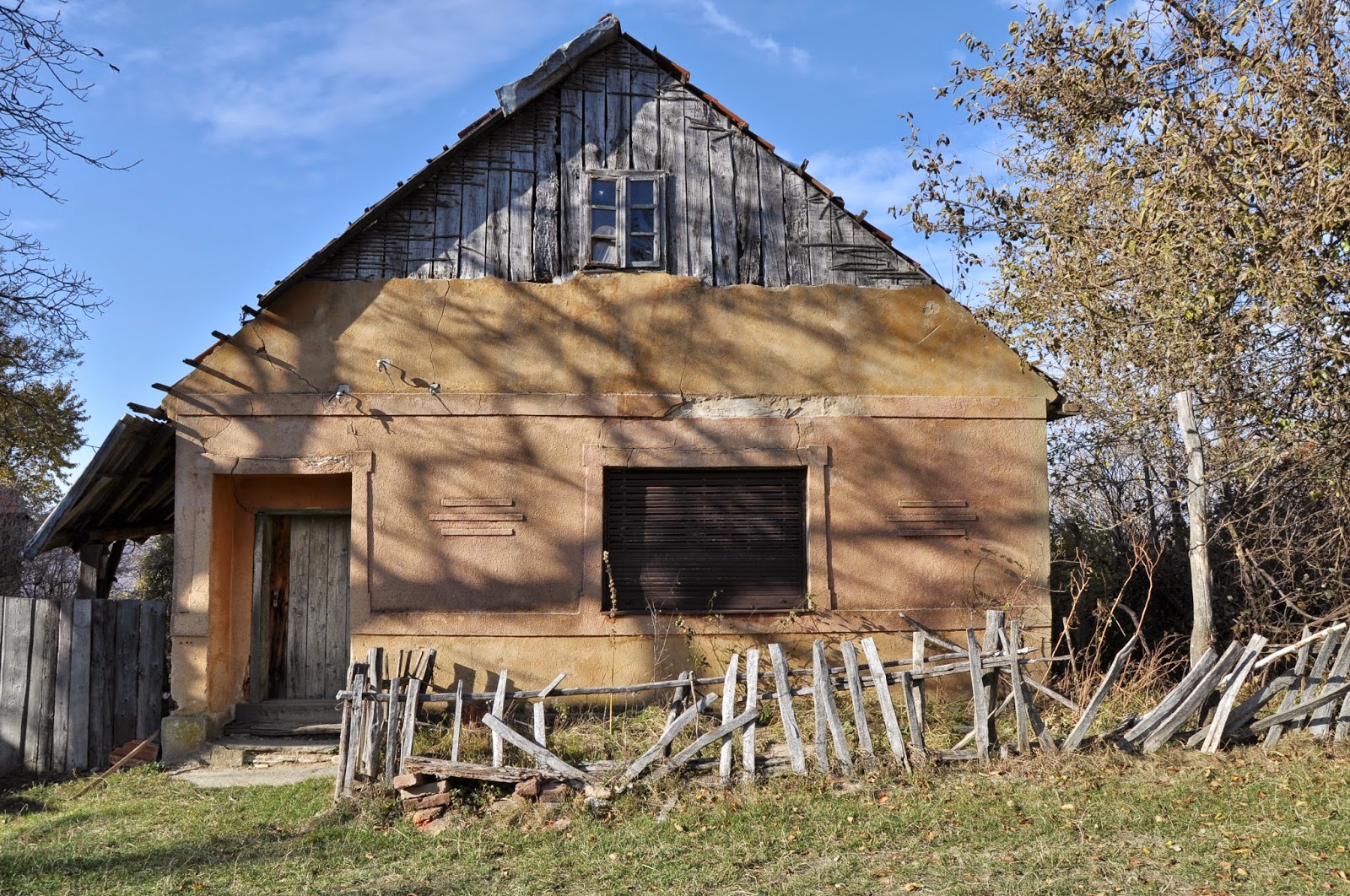 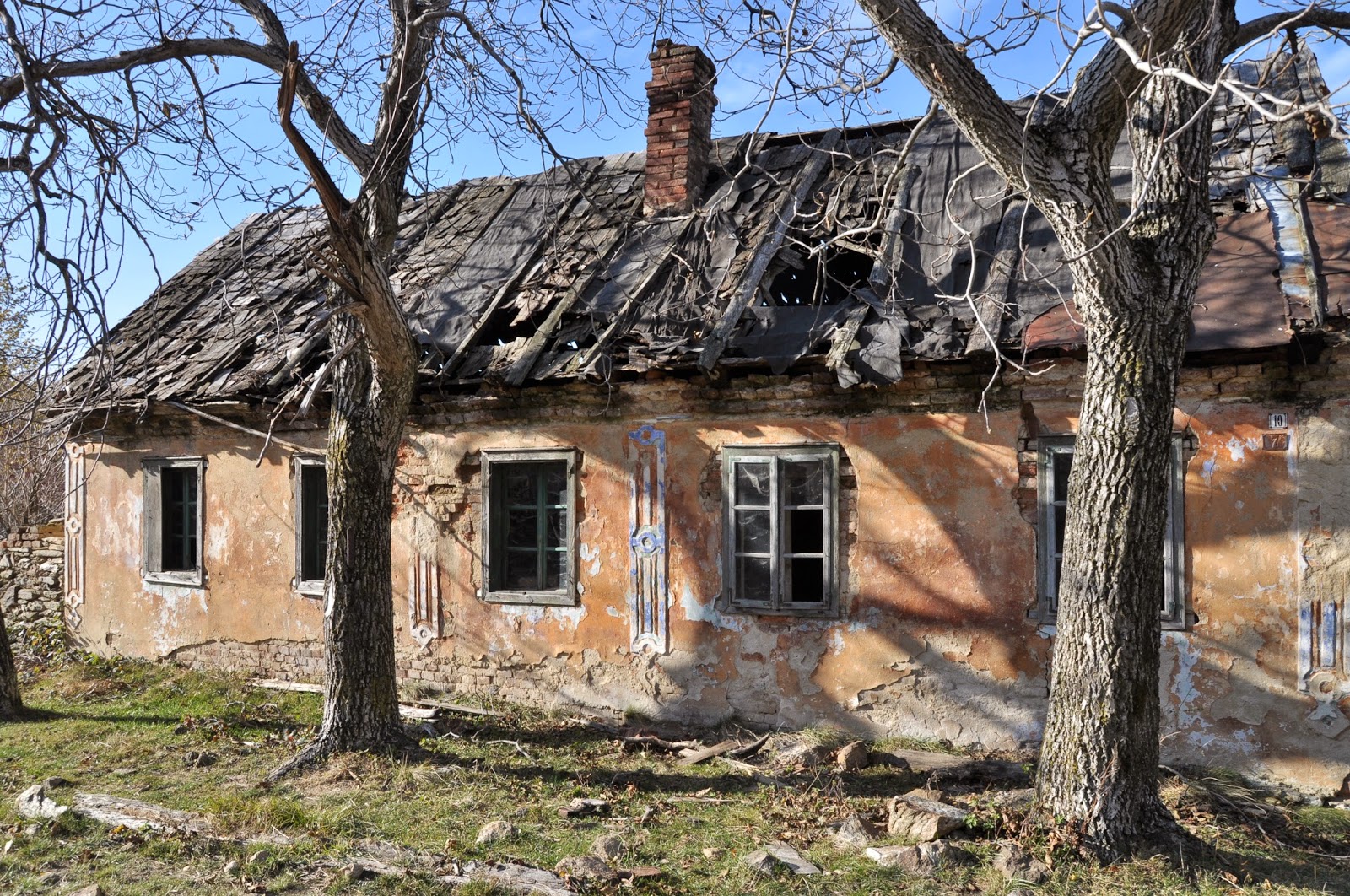 For the construction of their homes, the colonists had to cut their own trees, for the promised arable land had to be cleared of the jungle, the support of the military authorities also failed to materialize, and they had to face the harsh climate. So it happened in the autumn of 1833 that all newly settled villages were abandoned. The German Bohemia had the choice to either return to Bohemia, or to settle in another place of the monarchy. 268 families went on the pilgrimage and stayed mainly in Lugoj, Bakowa, Darowa, Rekasch, Moritz field, Liebling, Nitzkydorf, Tschakowa and Hatzfeld.
In the same year 18 families came from Garana area (or Wolfensberg) in the abandoned homes in Lindenfeld. Of the first 36 families none came back. This is also the reason why the Lindenfeld celebrated the founding year of the settlement the year 1833.
The access to the village is possible from the Buchin township, from the Poiana village but there is no possibility to reach the village by car, only by motorcycle, chalet or by foot, maybe with a small 4x4 as the road is battered earth unattended for years. The trip is worth the effort as you will find some amazing landscapes to set your eyes upon and you will meet some very relaxed sheppards that will tell you their stories. 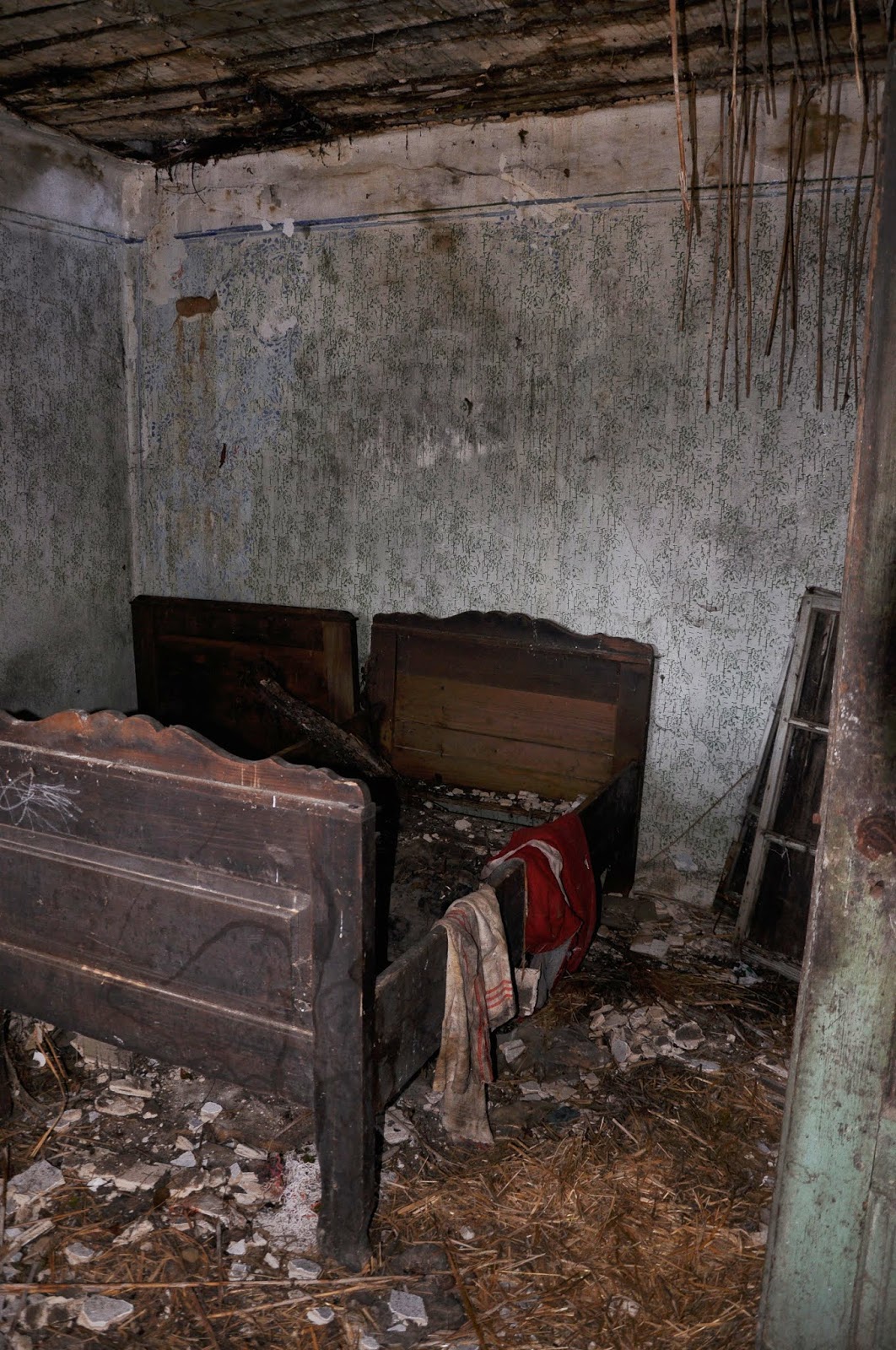 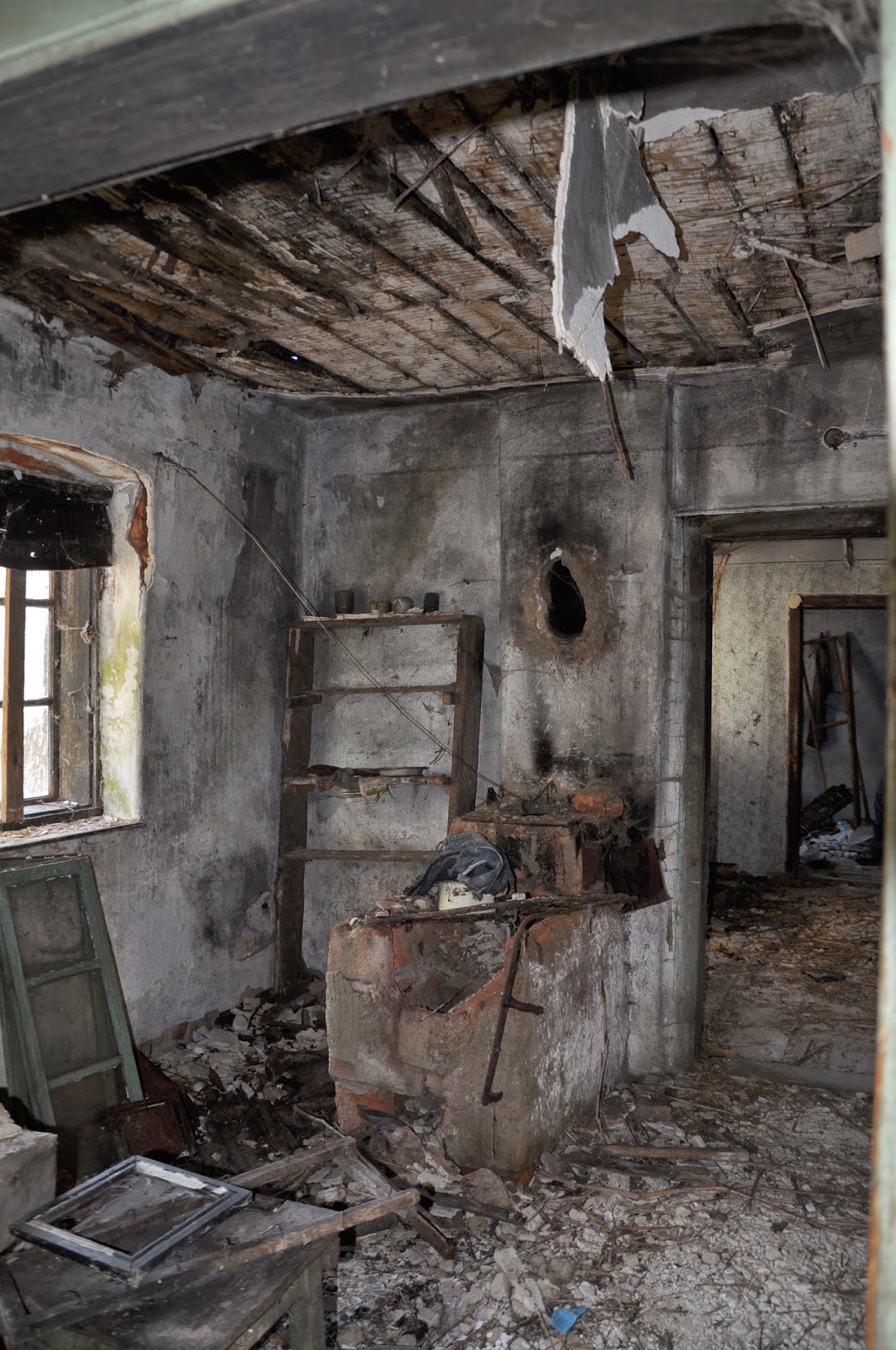 Starting with the '60s the village started to depopulate as the youngsters went to high-schools and university far from the area and preferred to stay there. Practically, the year of the Romanian revolution in 1989, the village was already deserted.
The houses are in various state of decay, some look like new and have sealed doors with perfect interiors, some on the other hand seam to have been robbed and set on fire.
After everyone left, one inhabitant stayed in the village, unwilling to leave, he used to guide tourists around untill he died in 1998 at the age of 83. From then forward the only people found in the village were some sheppards during the summer. 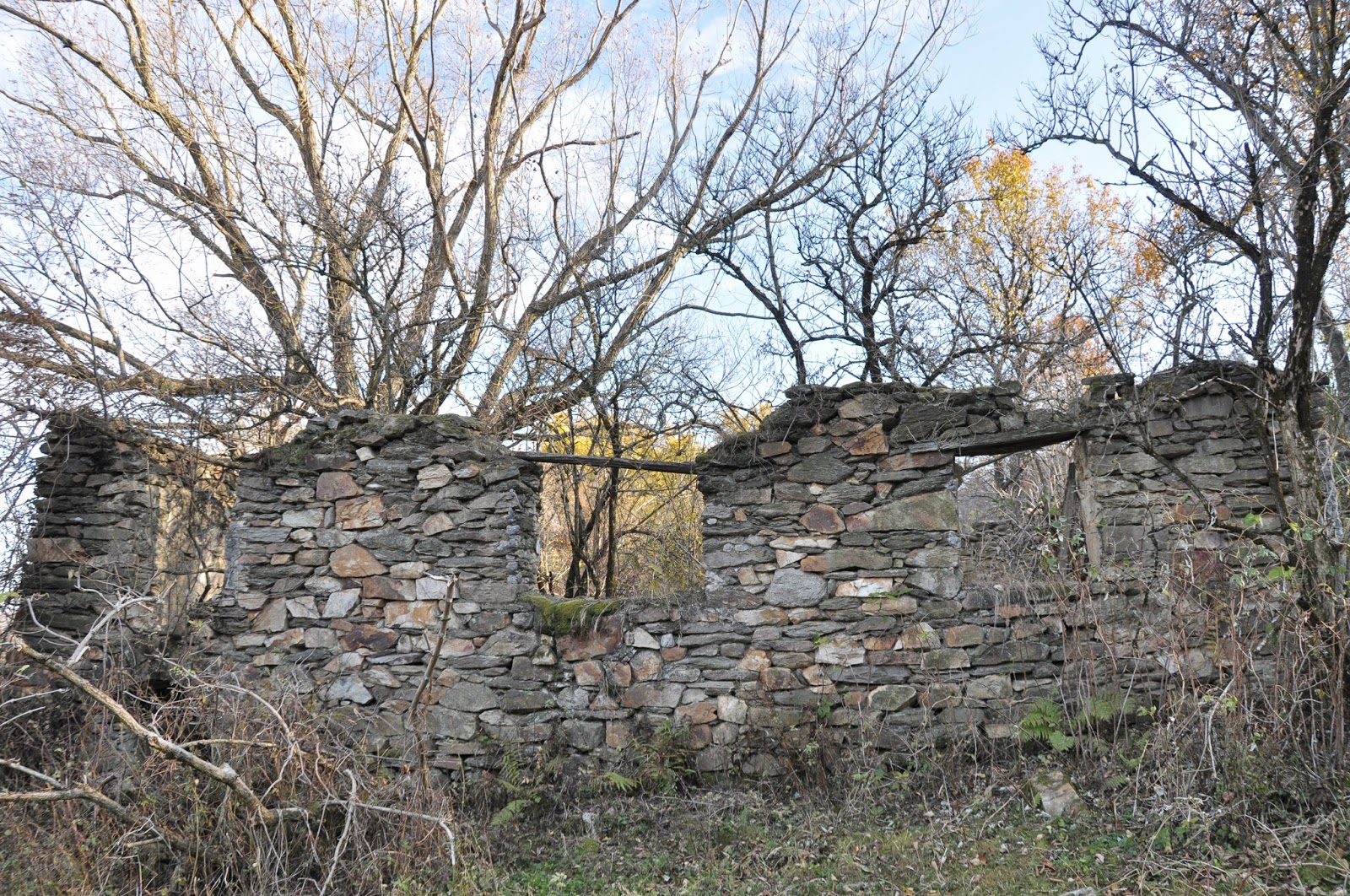 The town's church got its roof restaurated by someone who got interested in the village's outcome, but the inside still looks desastruous. 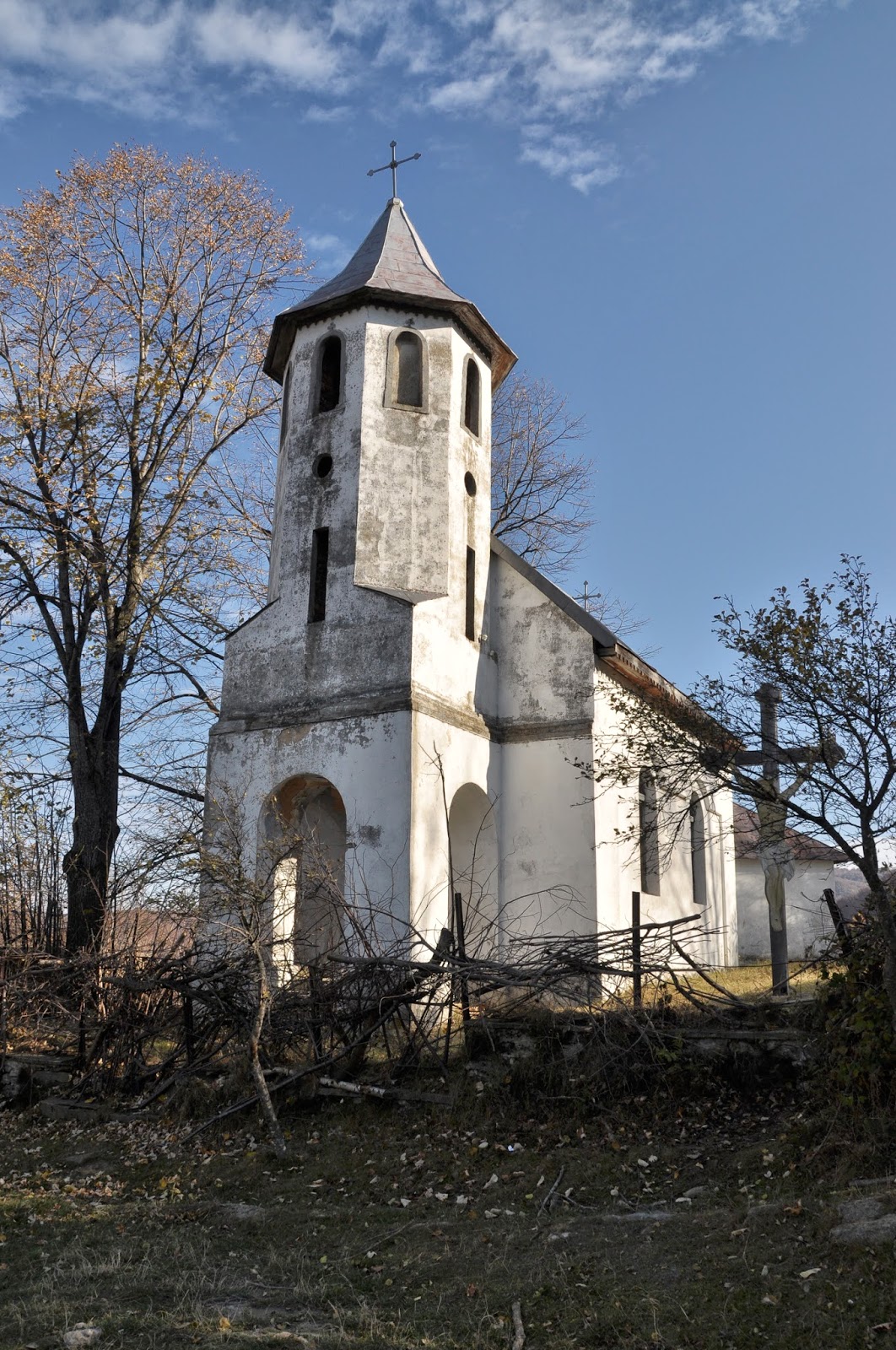 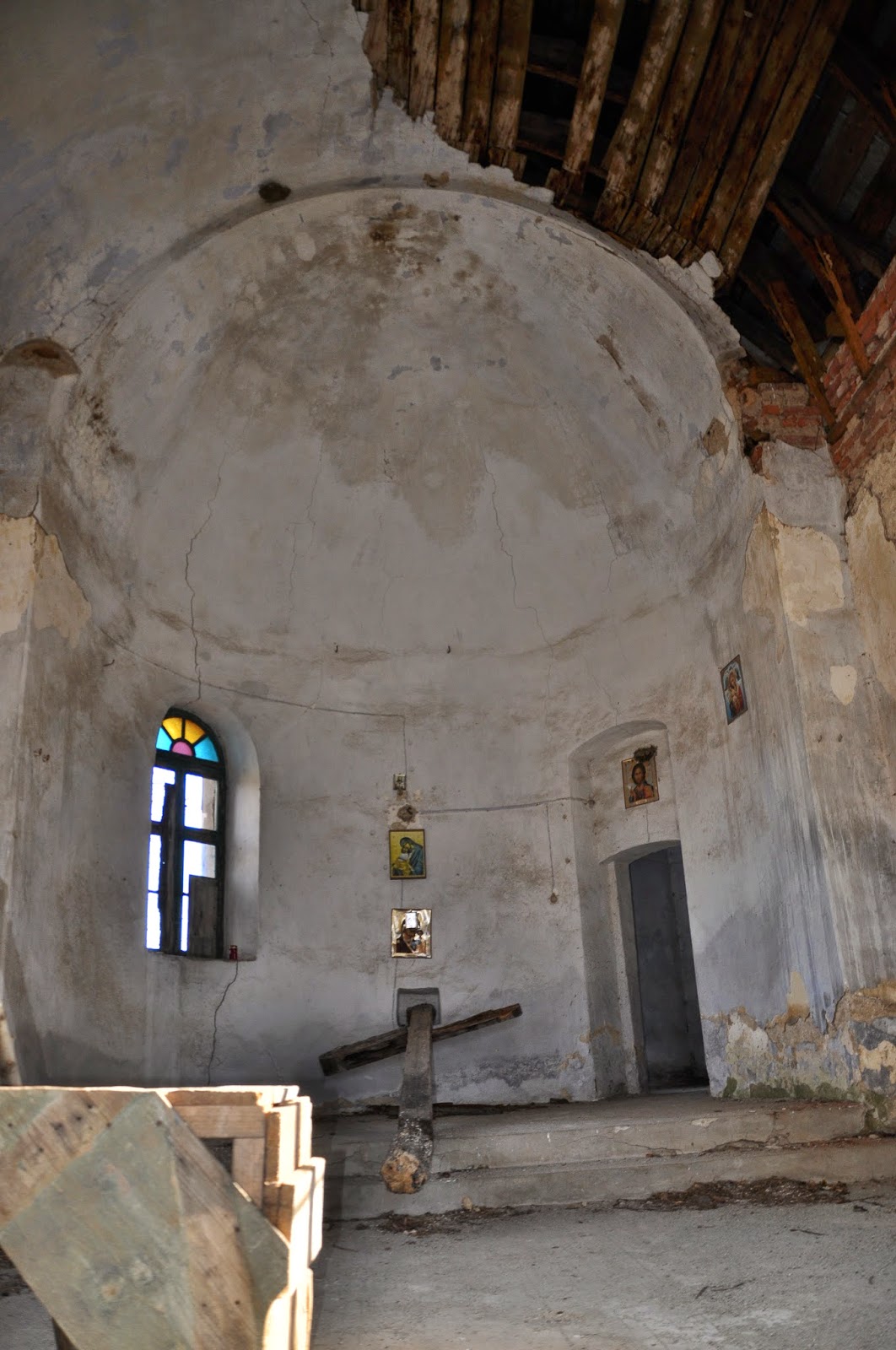 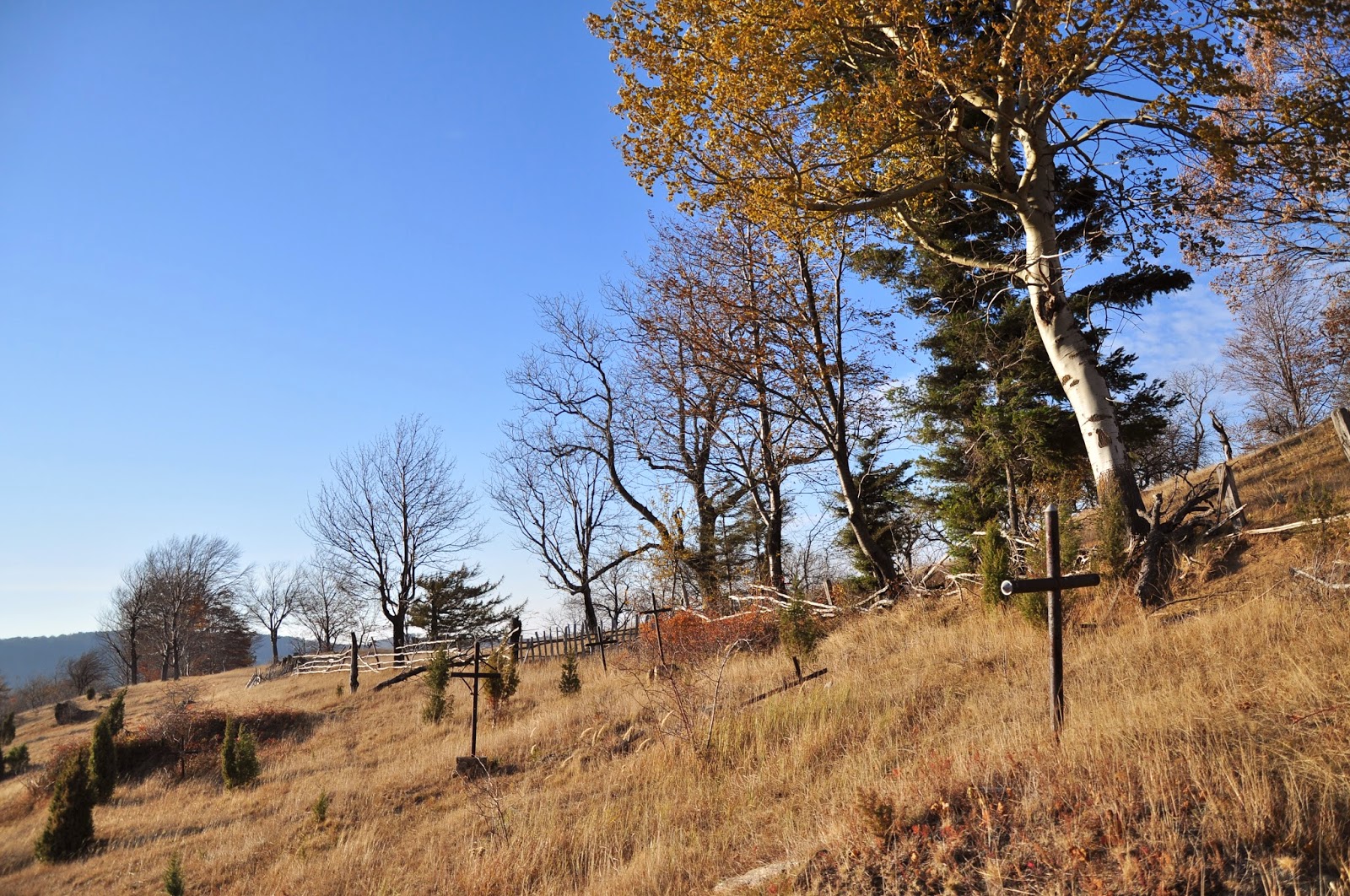 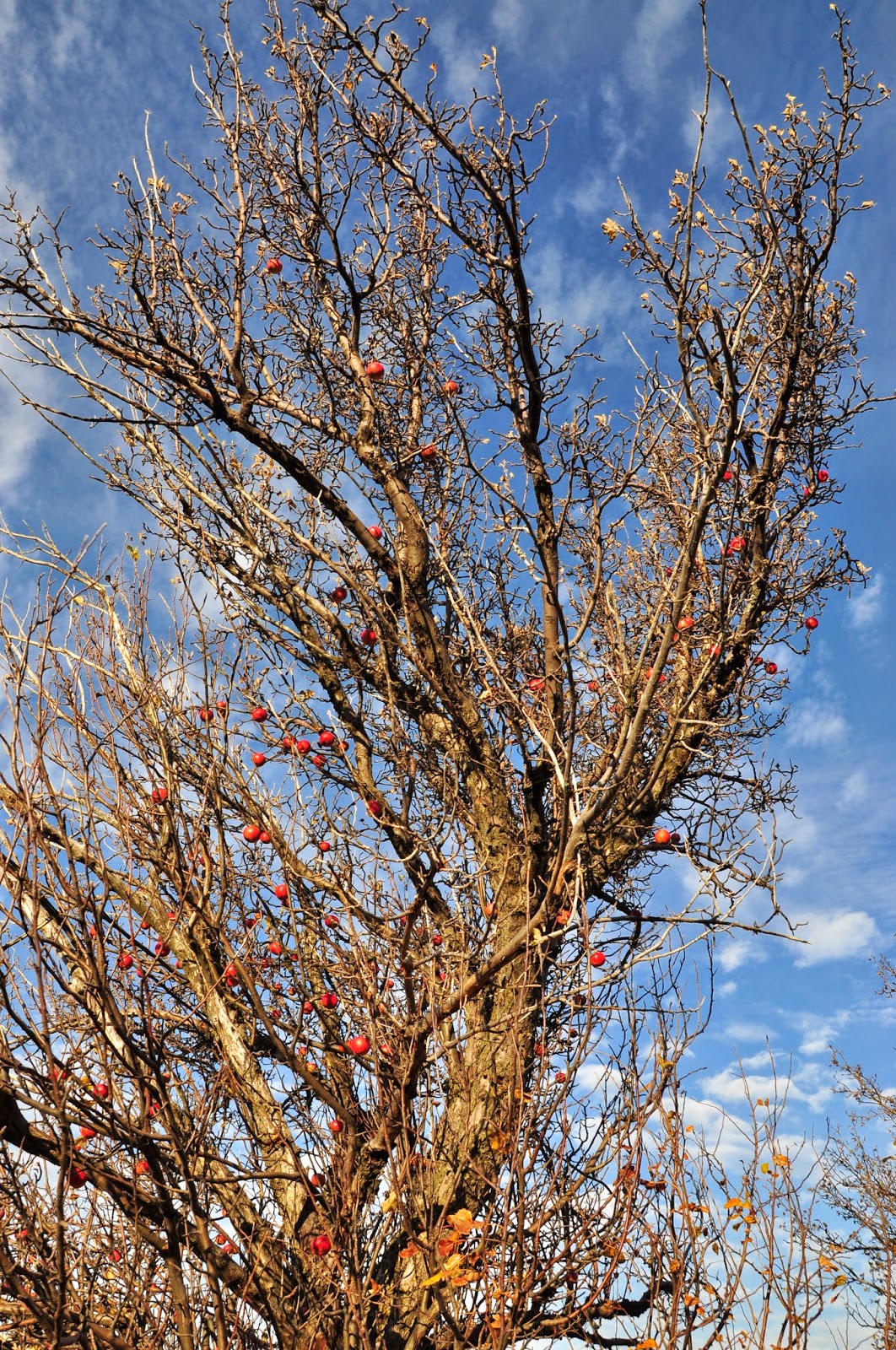 The local cemetery lies in a beautiful position above the valley and still holds its initial iron crosses with some names on them.
And the local apple trees around are filled with fruits as there is noone to cherish them and eat them.

When I got to the village in 2011, I found someone who was building a bed and breakfast, a new inhabitant that bought two houses, united them and decided to revive the area. I am really curious, did he manage to do it?