Open-air theatre in Timisoara on Fest-FDR 2014

The TNTm - Teatrul National Timisoara - has delighted us with its surprise during the dramaturgy festival this week, ended on the 16th of june 2014.
Between all their shows performing in the same time in different locations, they had 4 groups performing in open air in the central square of Timisoara with some beautiful acts. 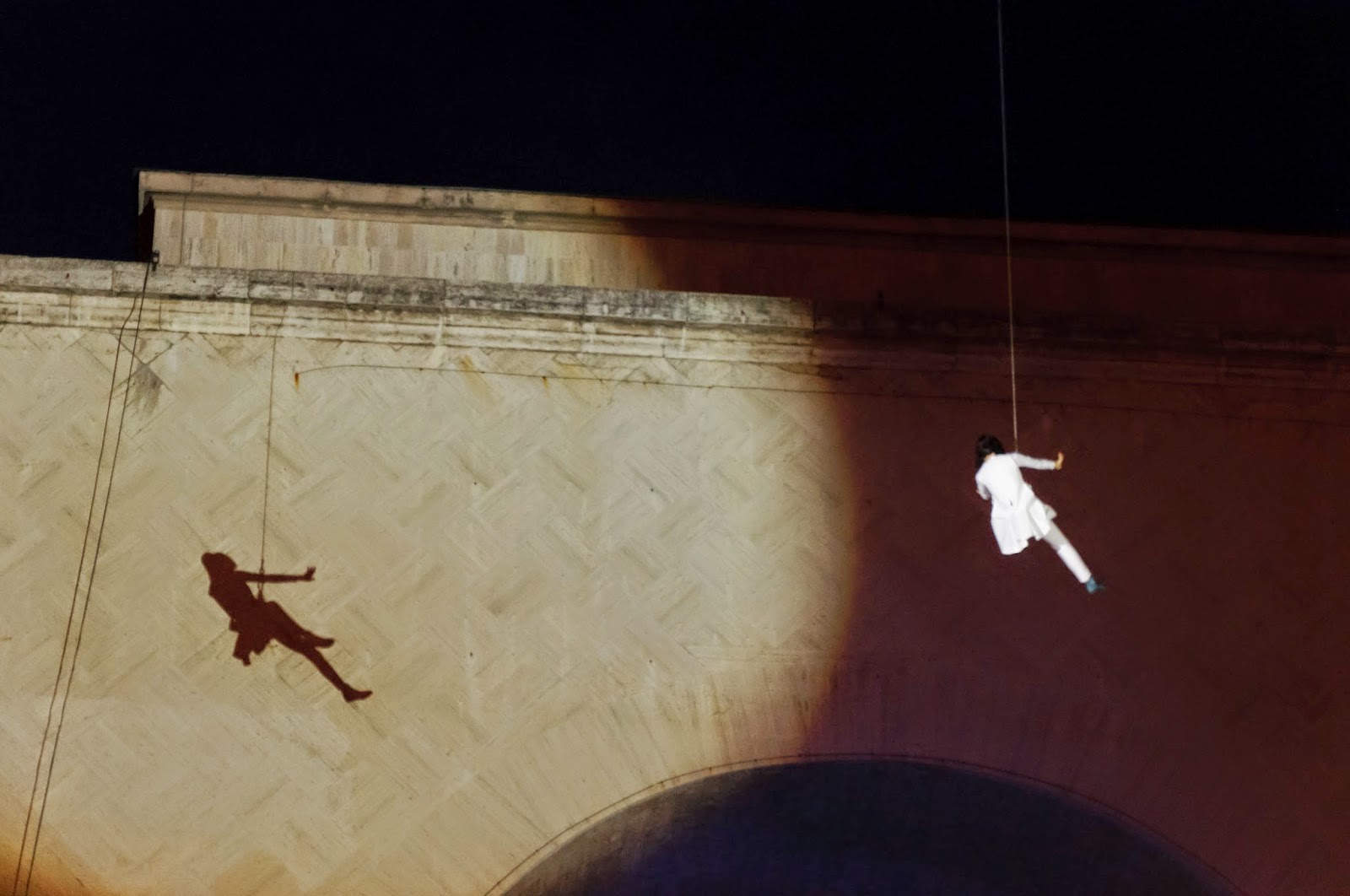 Groupo Puja, the first one to perform, coming from Spain has thrown many hypothesis as a crane showed up for their play in the central square. The Group performed a beautiful dance in the sky in a show that left many with their mouths opened due to its music, its uniqueness and its amazing synchronized dancers in the sky. The show is inspired from Lewis Carol's "Alice in wonderland" and is called DoDoLand. The music of Groupo Puja was also worthed the time and even more, I would buy the disc as it turned out to be, as someone in the Square said, a combination between Nightwish's type of music with the voices and musicality similar to the Phantom at the Opera. 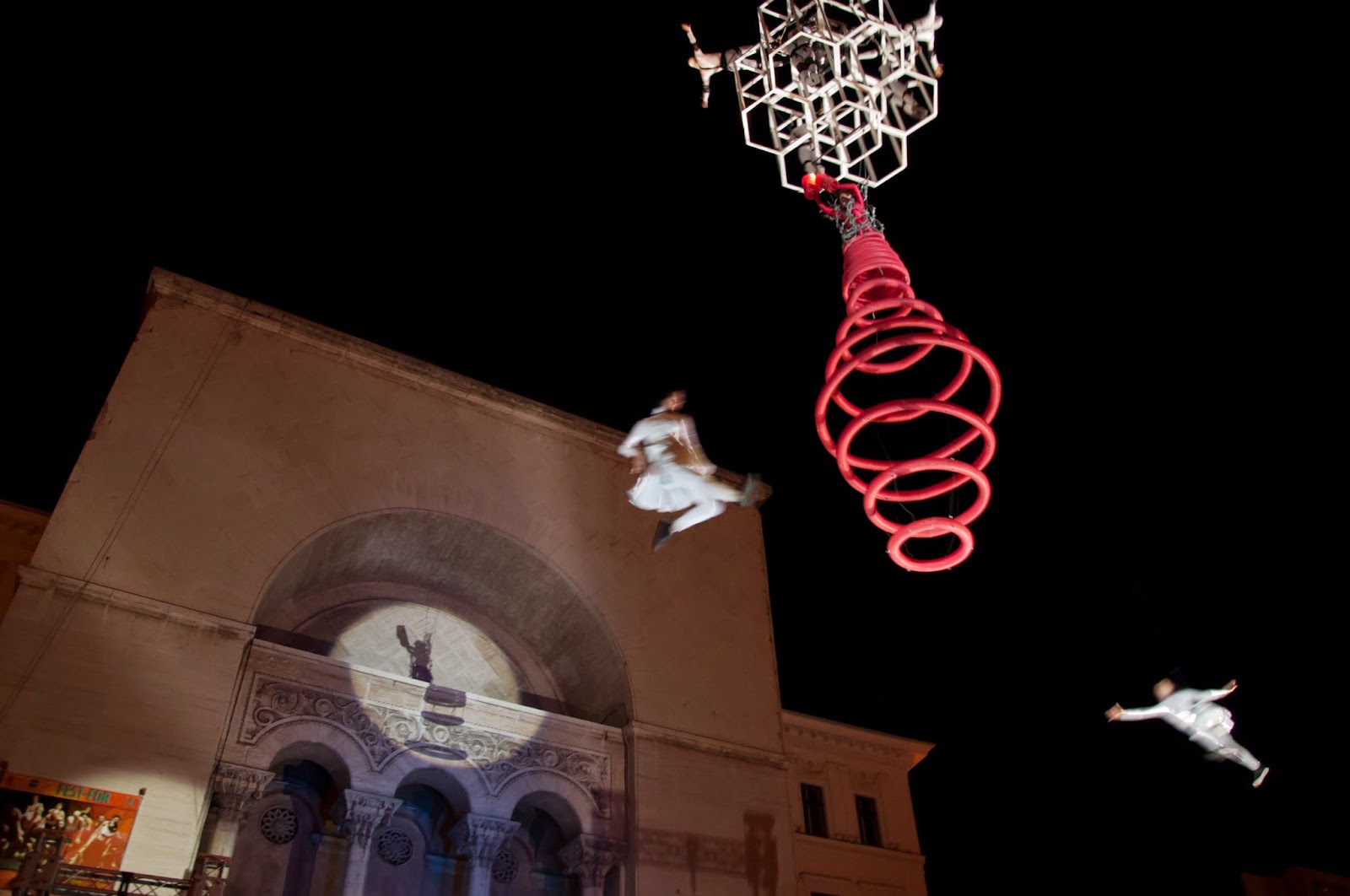 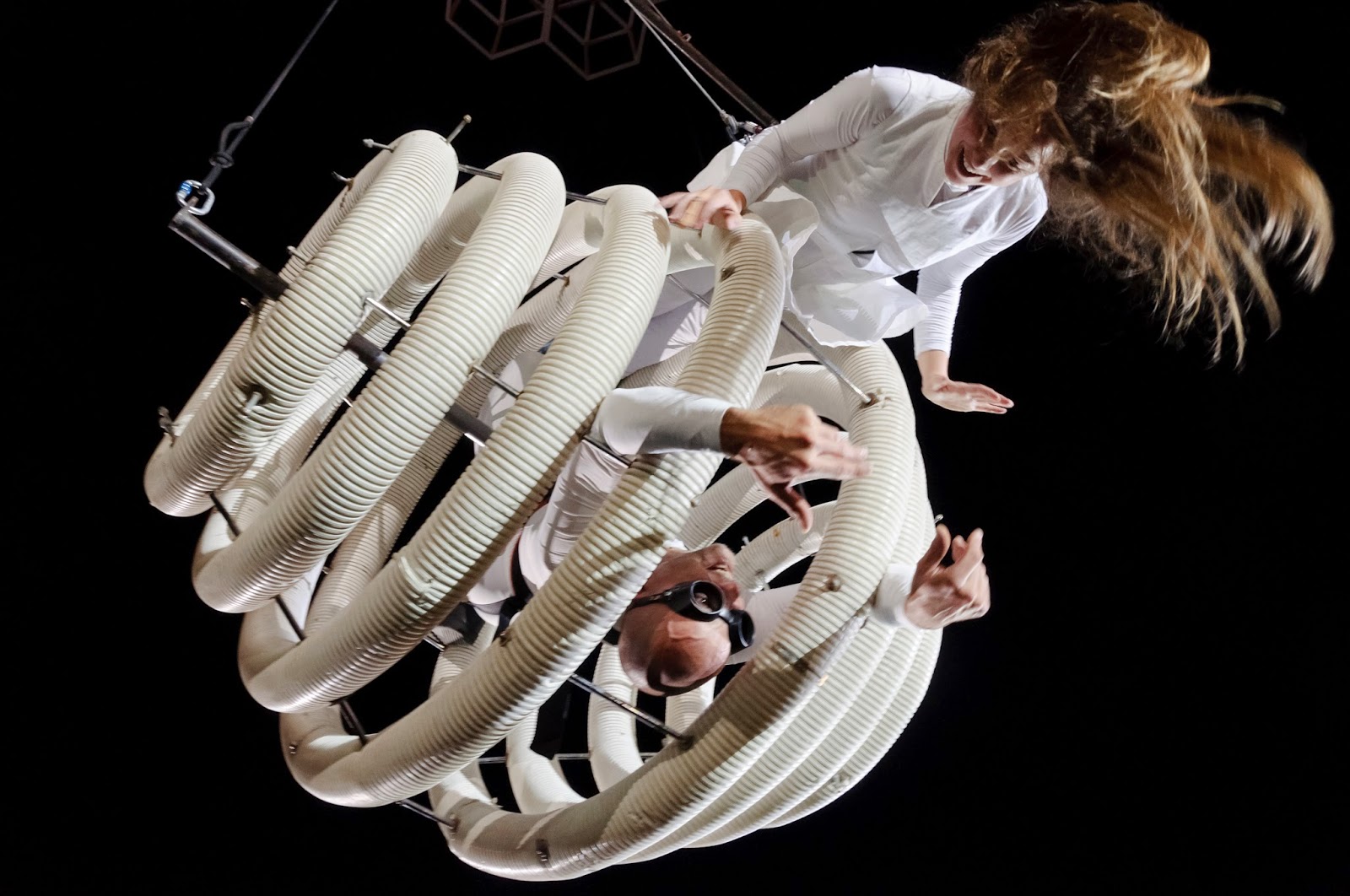 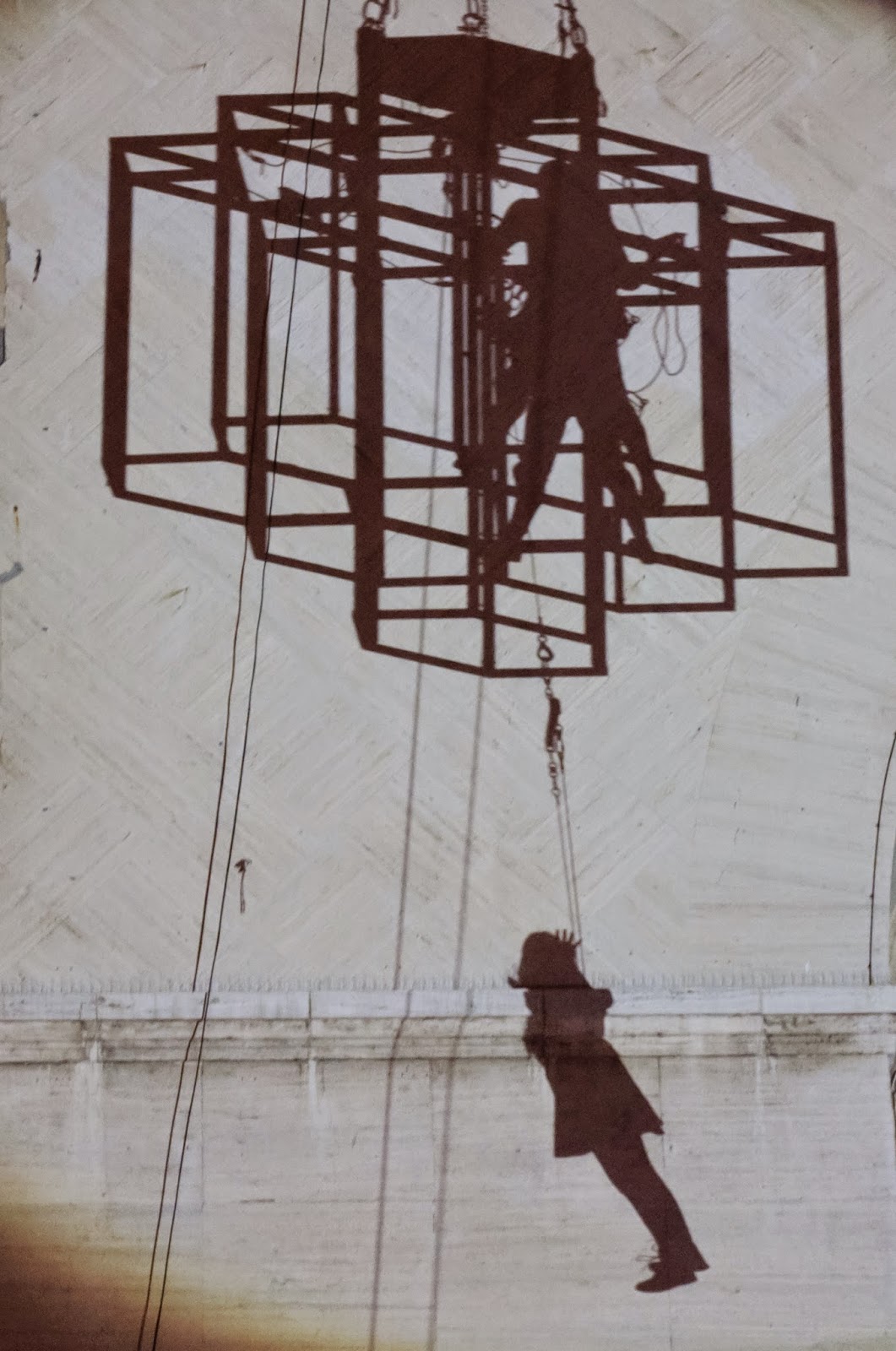 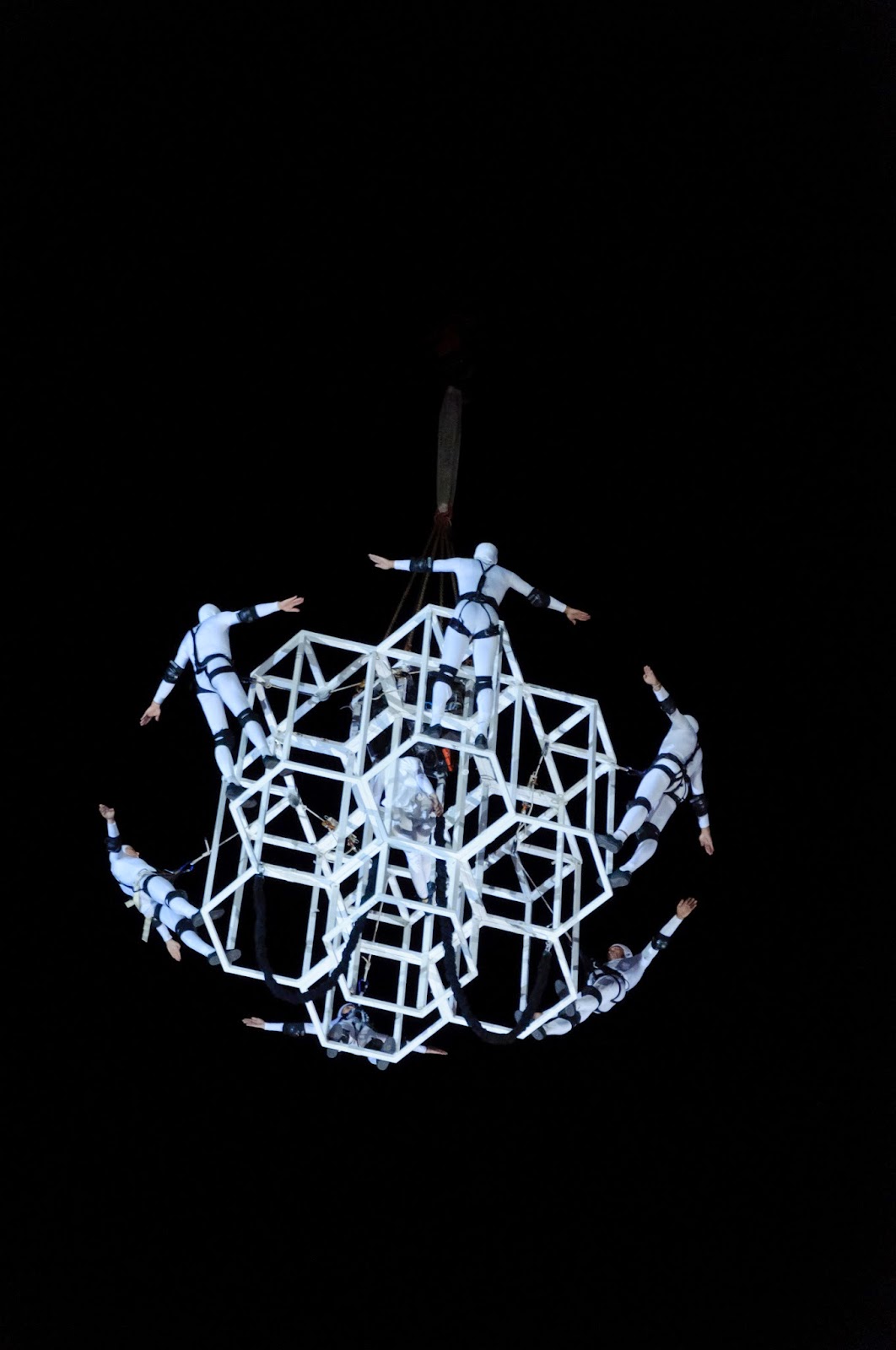 Senza Tempo, the second Spanish group, raised many eyebrows by bringing the fire department in the square in order to fill a huge pool with water in which they danced through their show. The public grew to like them as they showed an amazing ability to captivate the audience with a great selection of music and outstanding theatrical interpretation in the play called Lazurd. A story about a trip and transformations, evolutions. 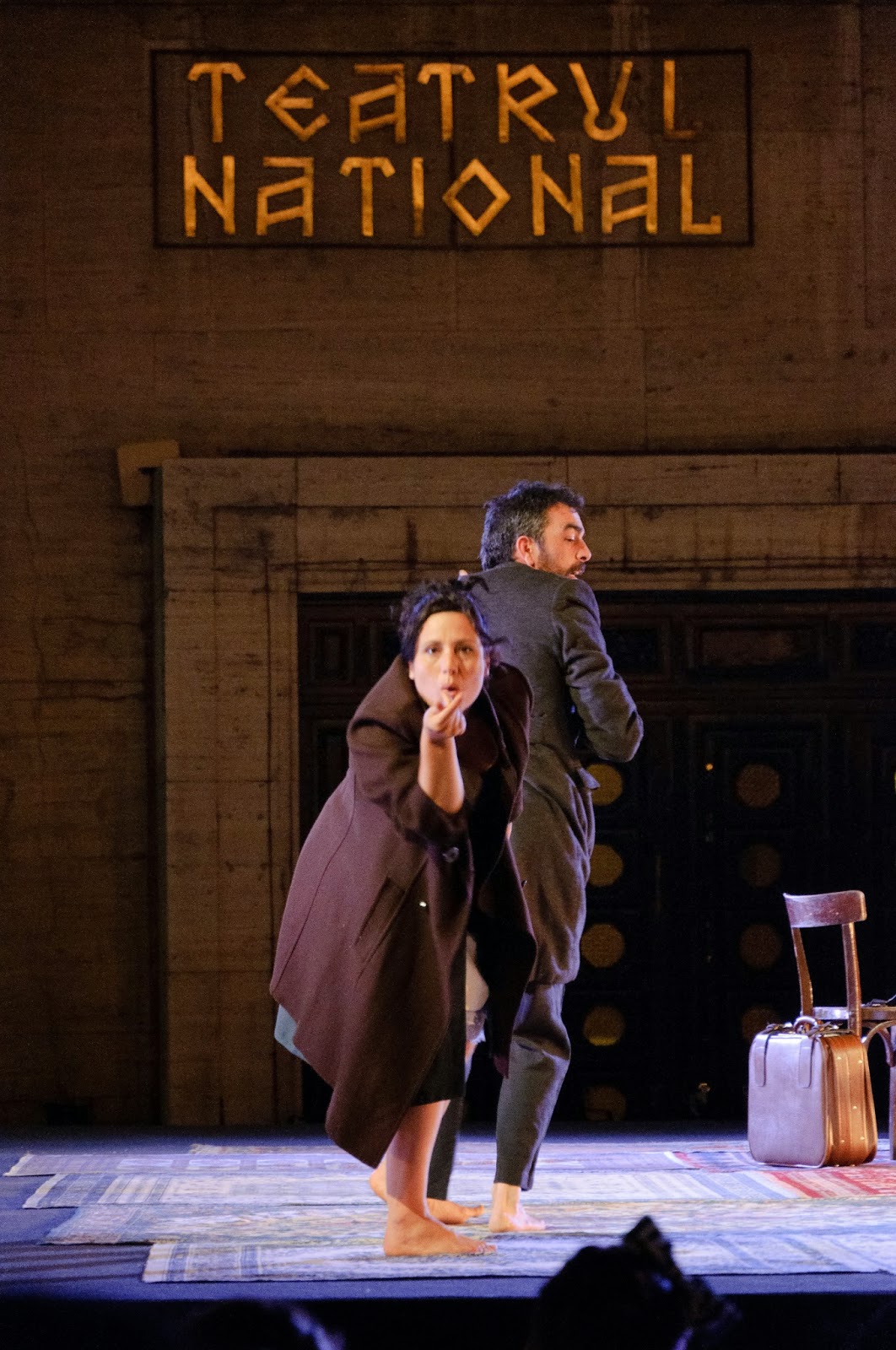 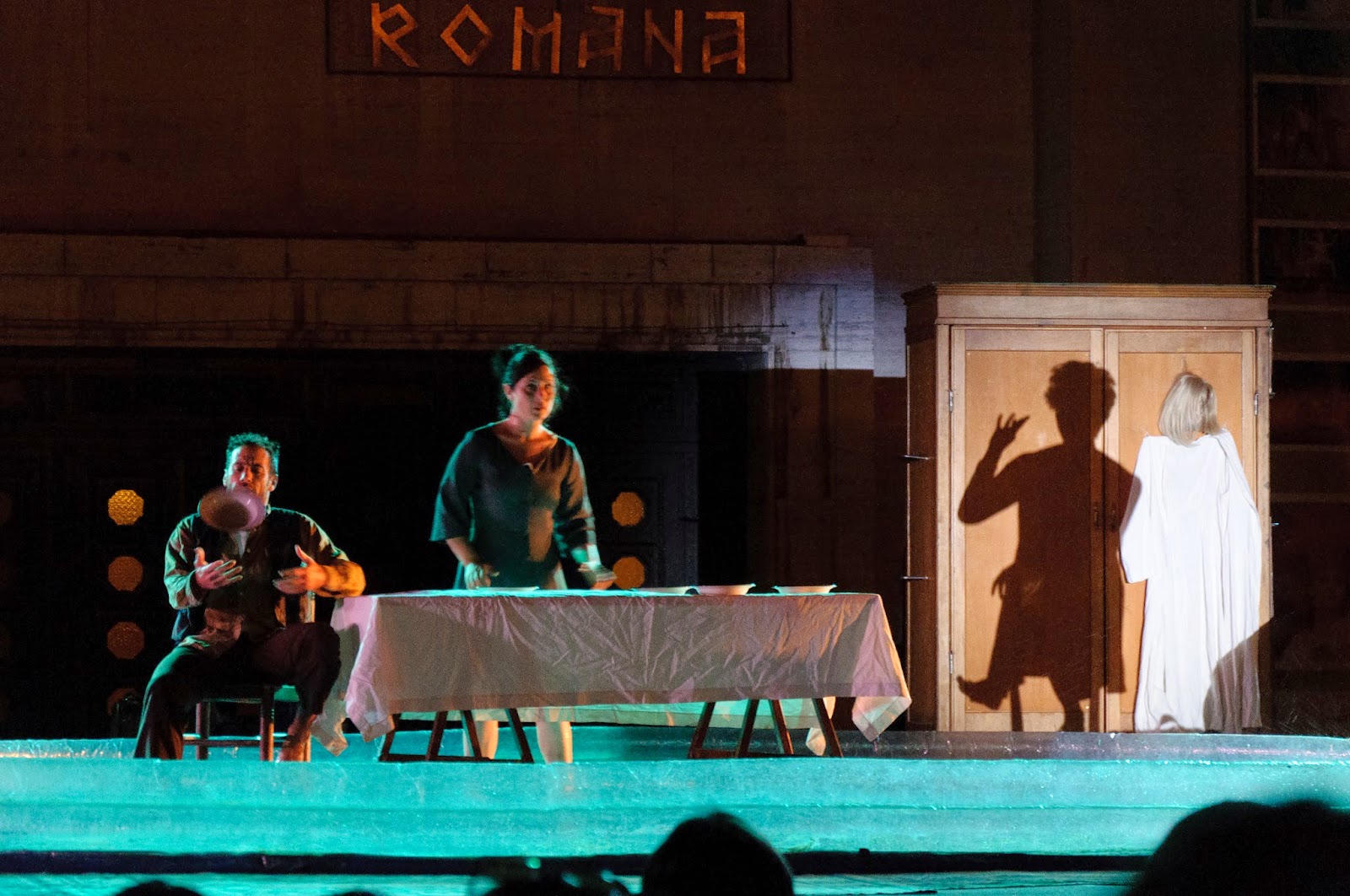 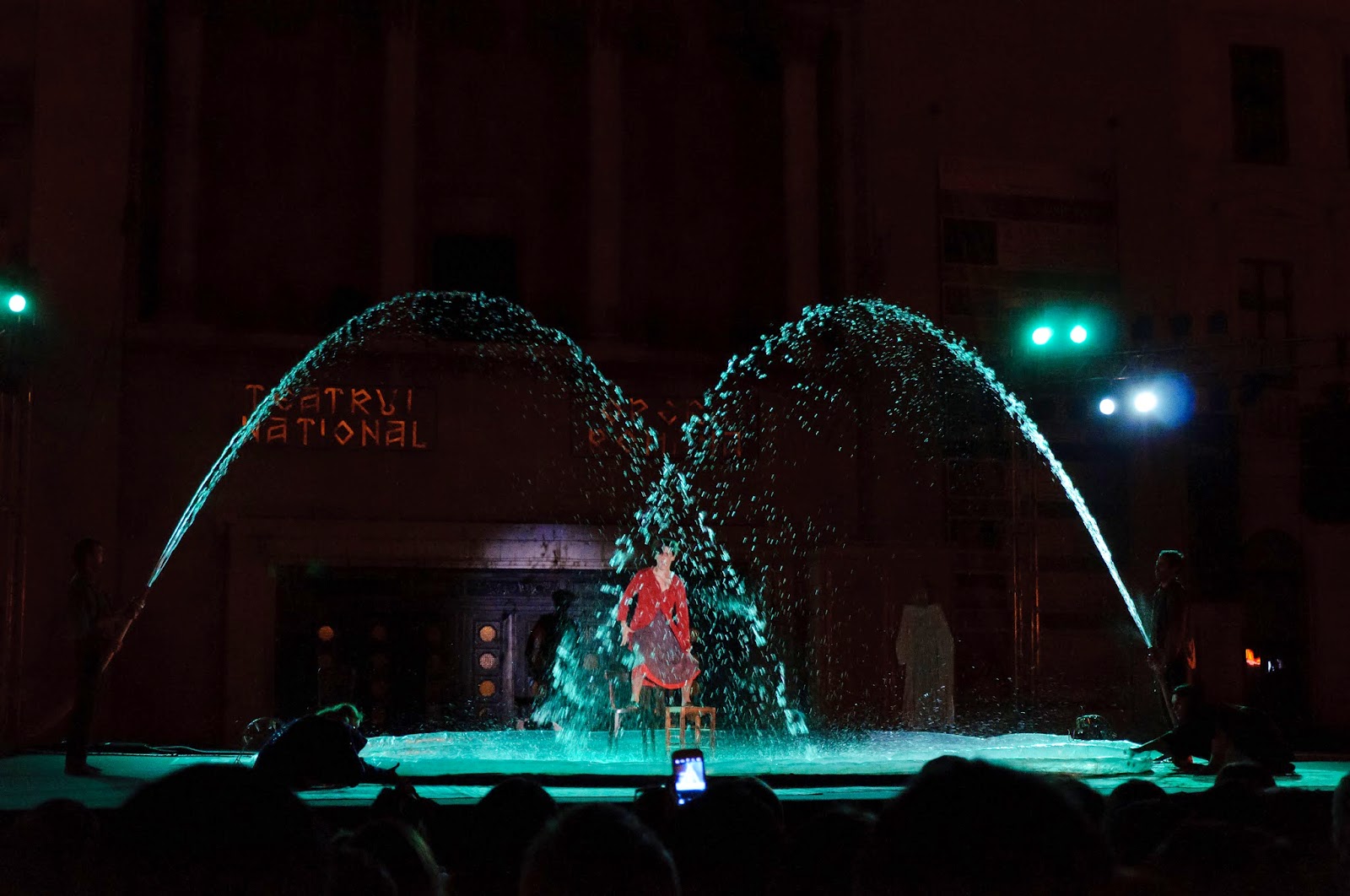 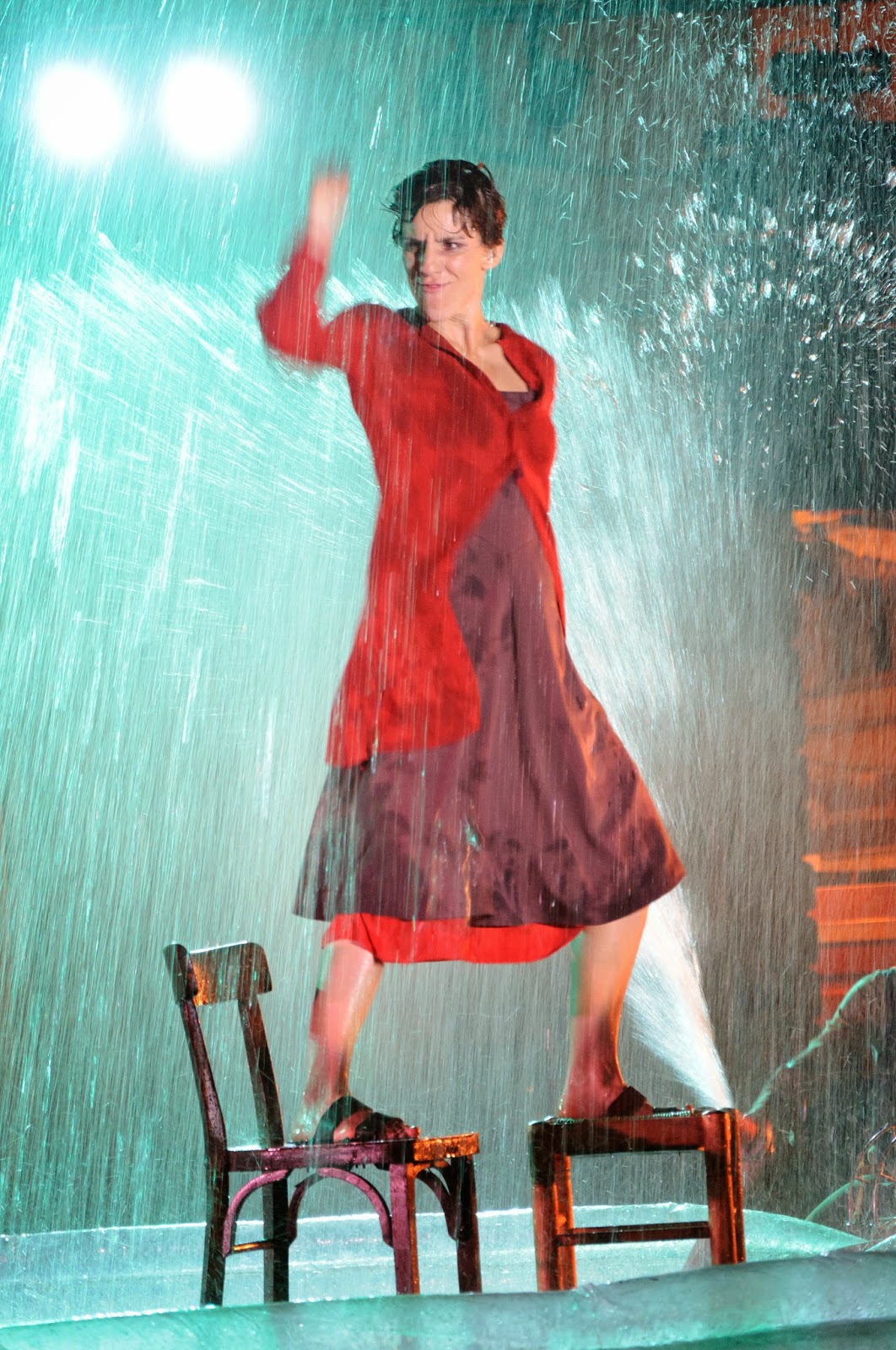 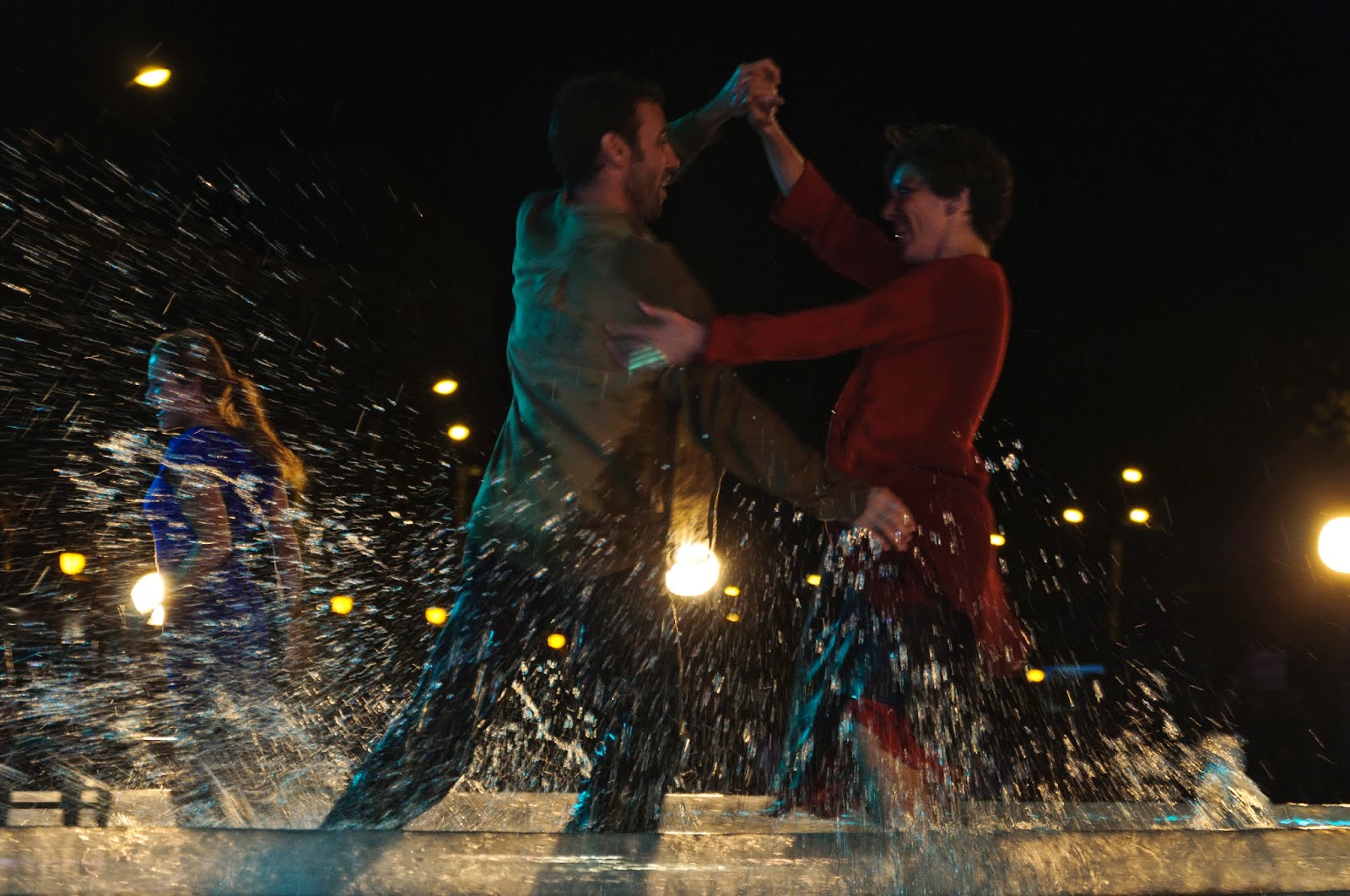 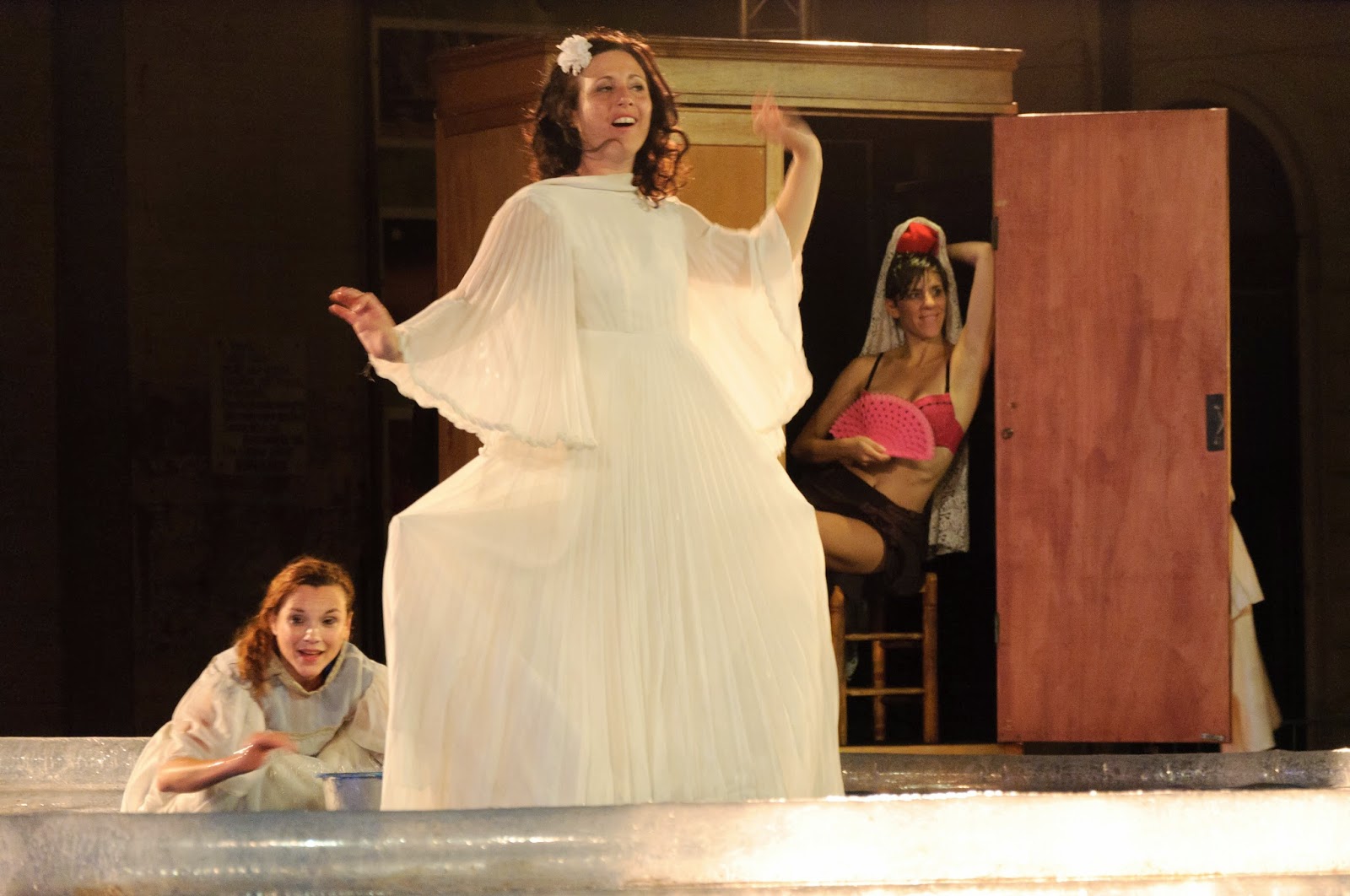 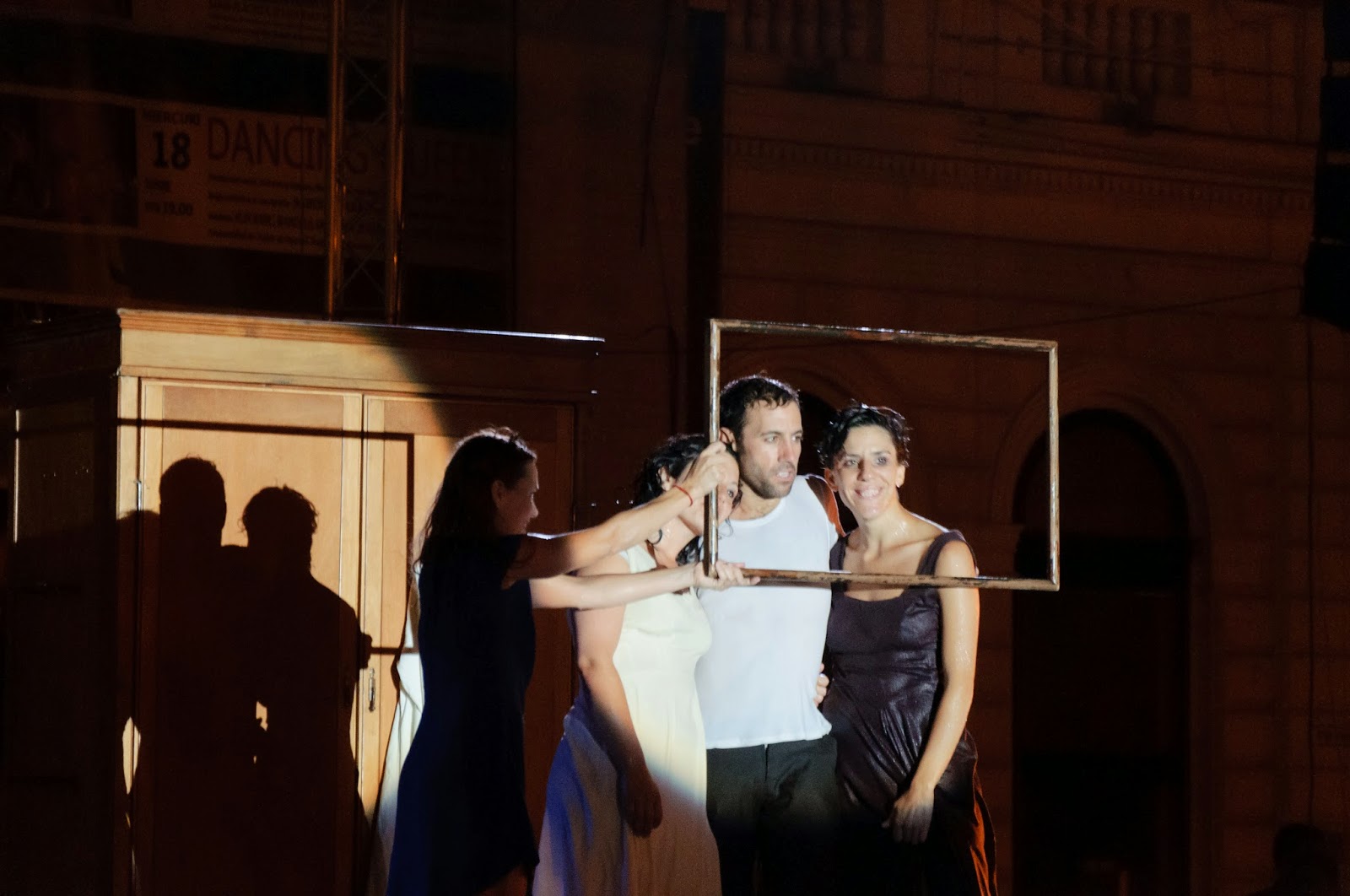 Teatr Snow, coming from Poland closed the series of open-air performances with a show played in a cold rain with almost no public at all due to the weather conditions. Their courage to play in these conditions is to be talked about. Their play, ULRO, shows the story of a future meeting with an advanced civilization and the exchanges of impressions between earthlings and aliens. Very good idea and well played, unfortunately, less than 100 people were there to see it. 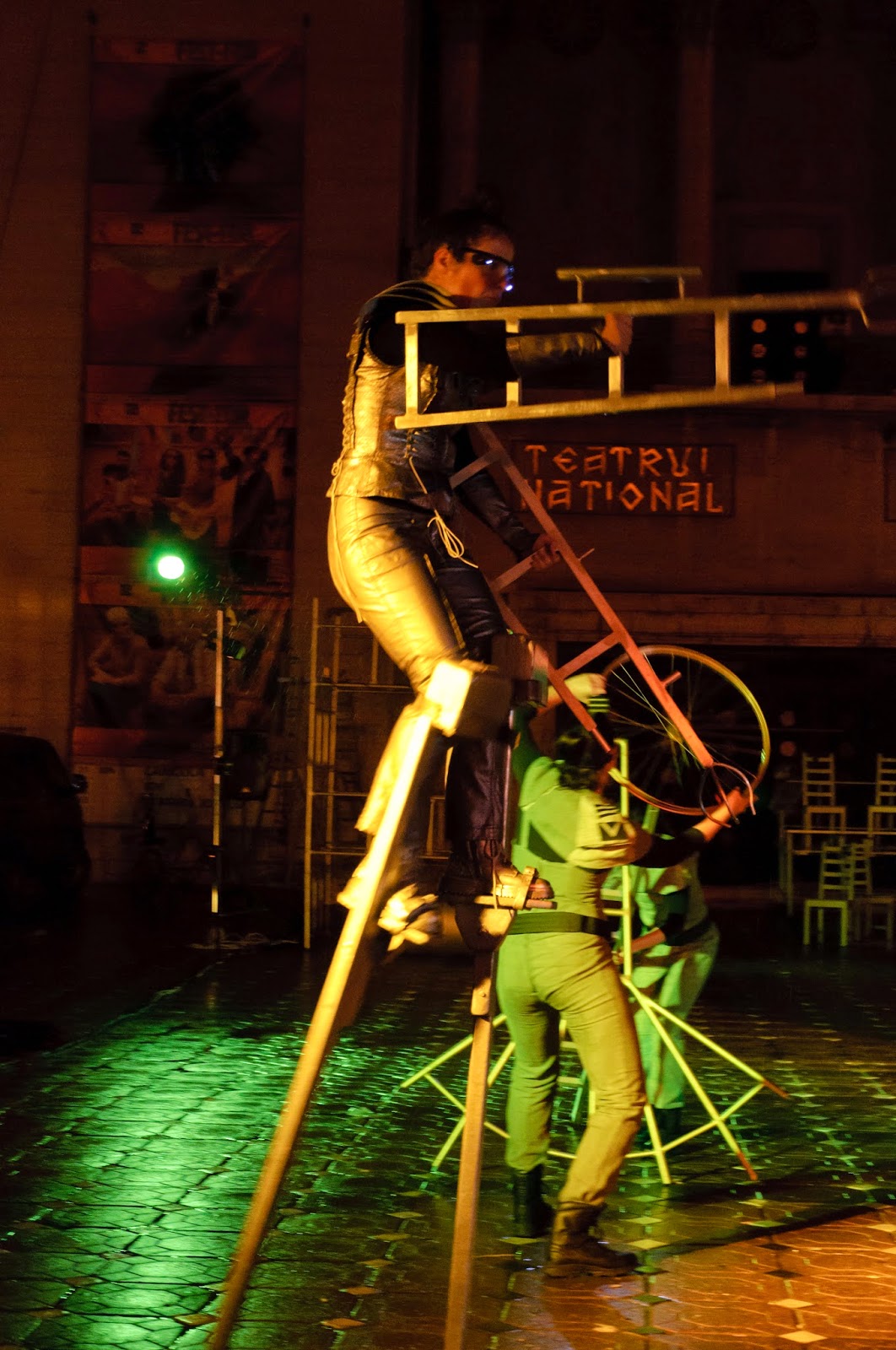 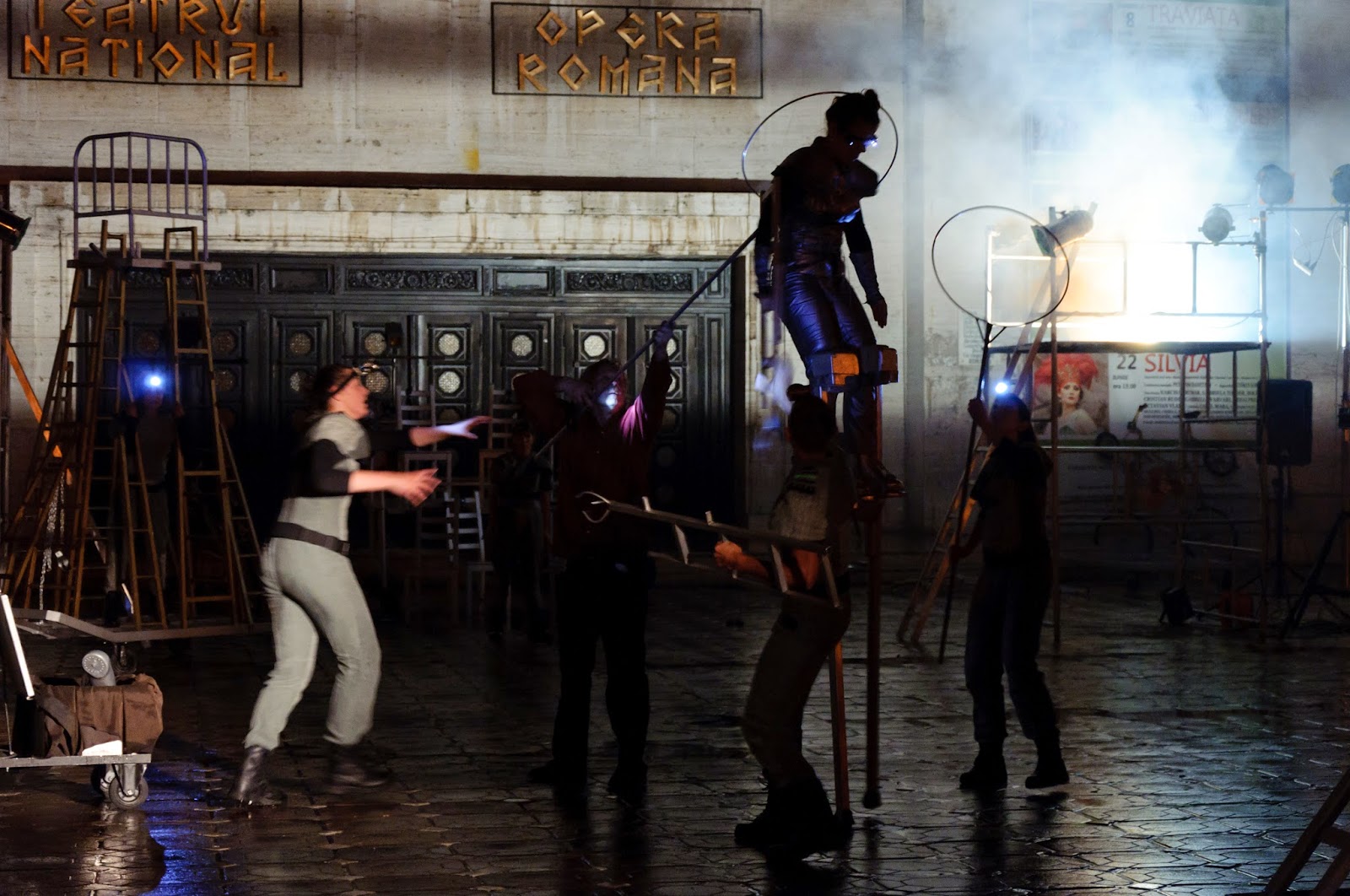 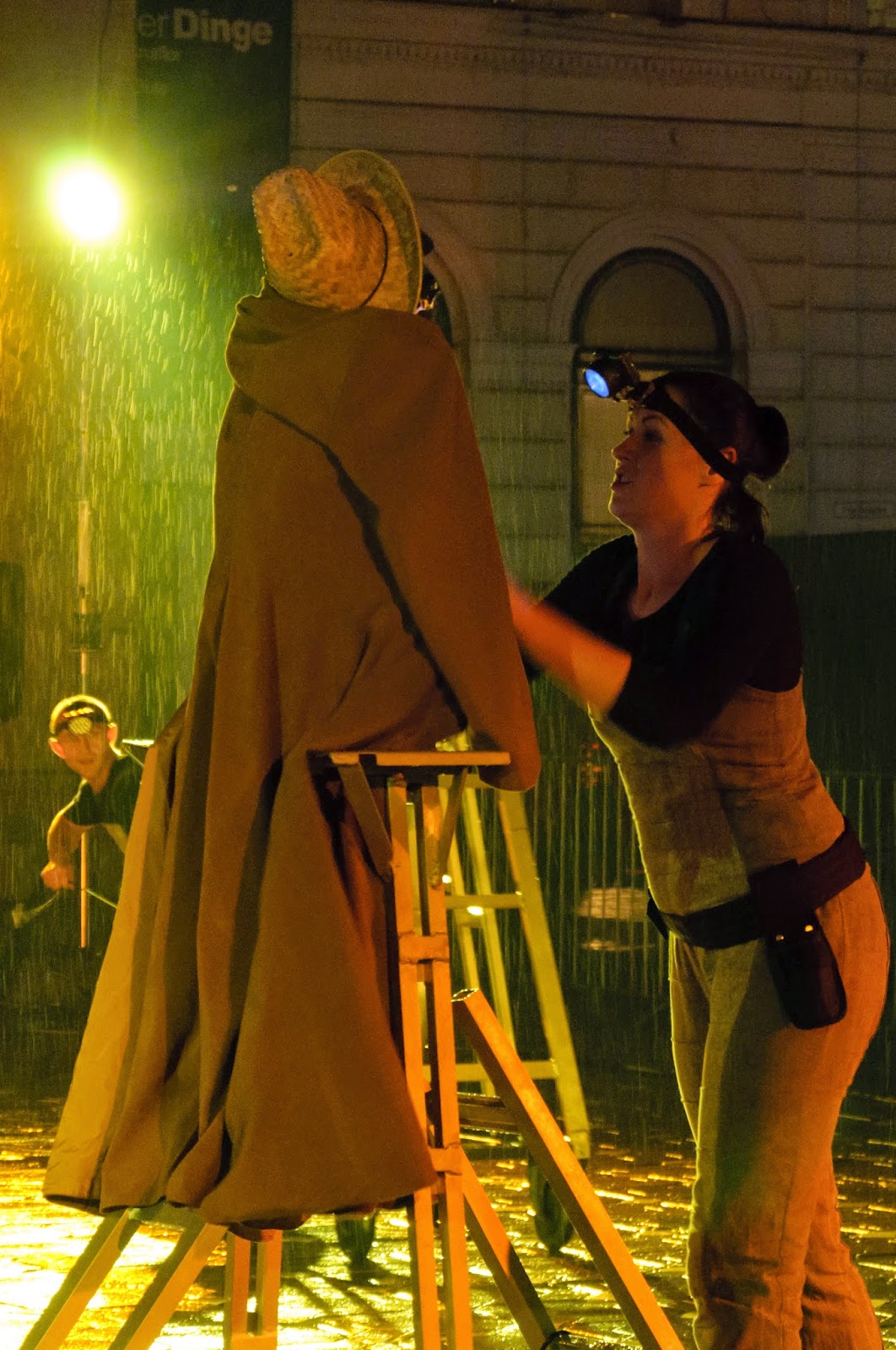 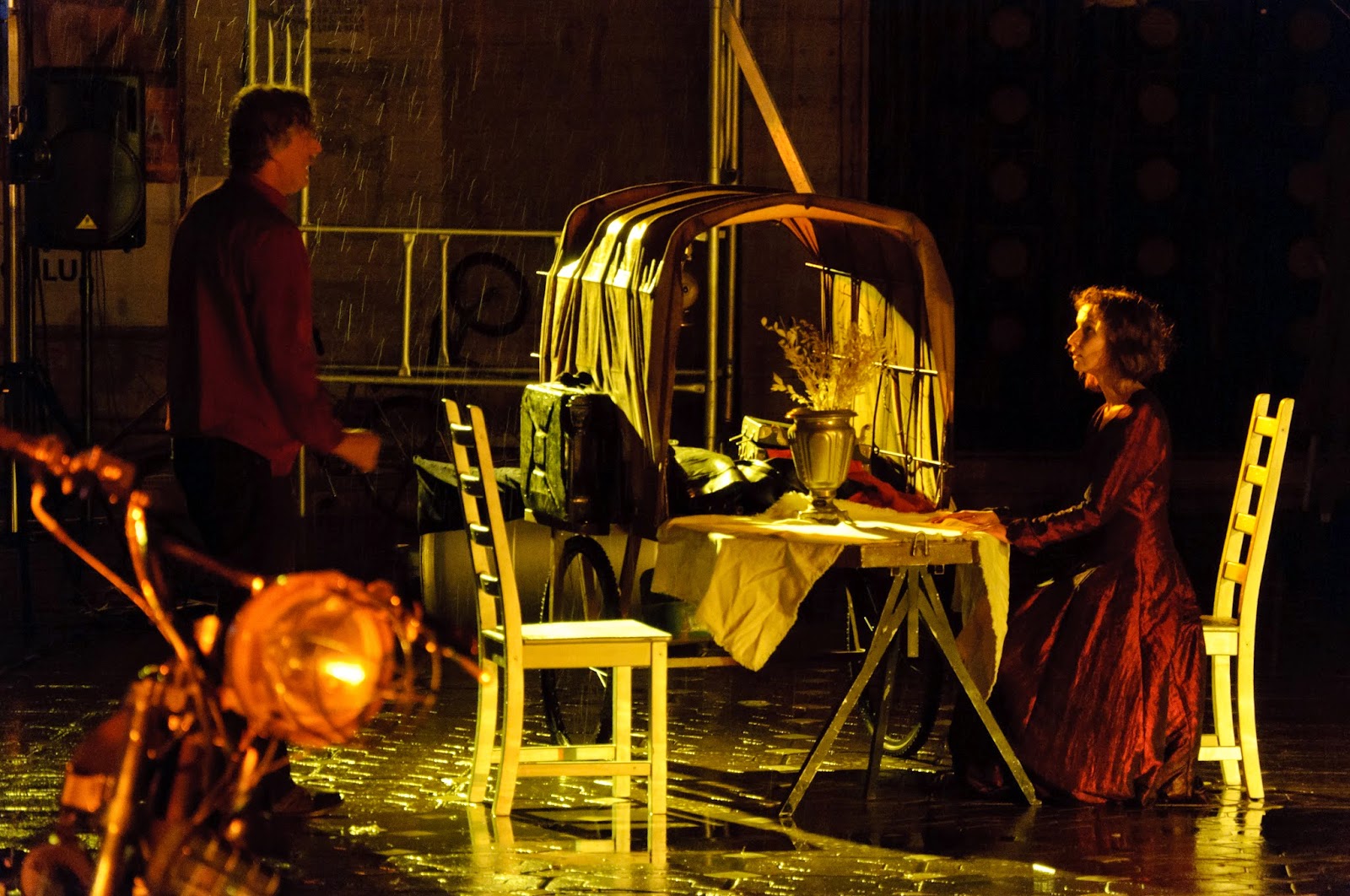 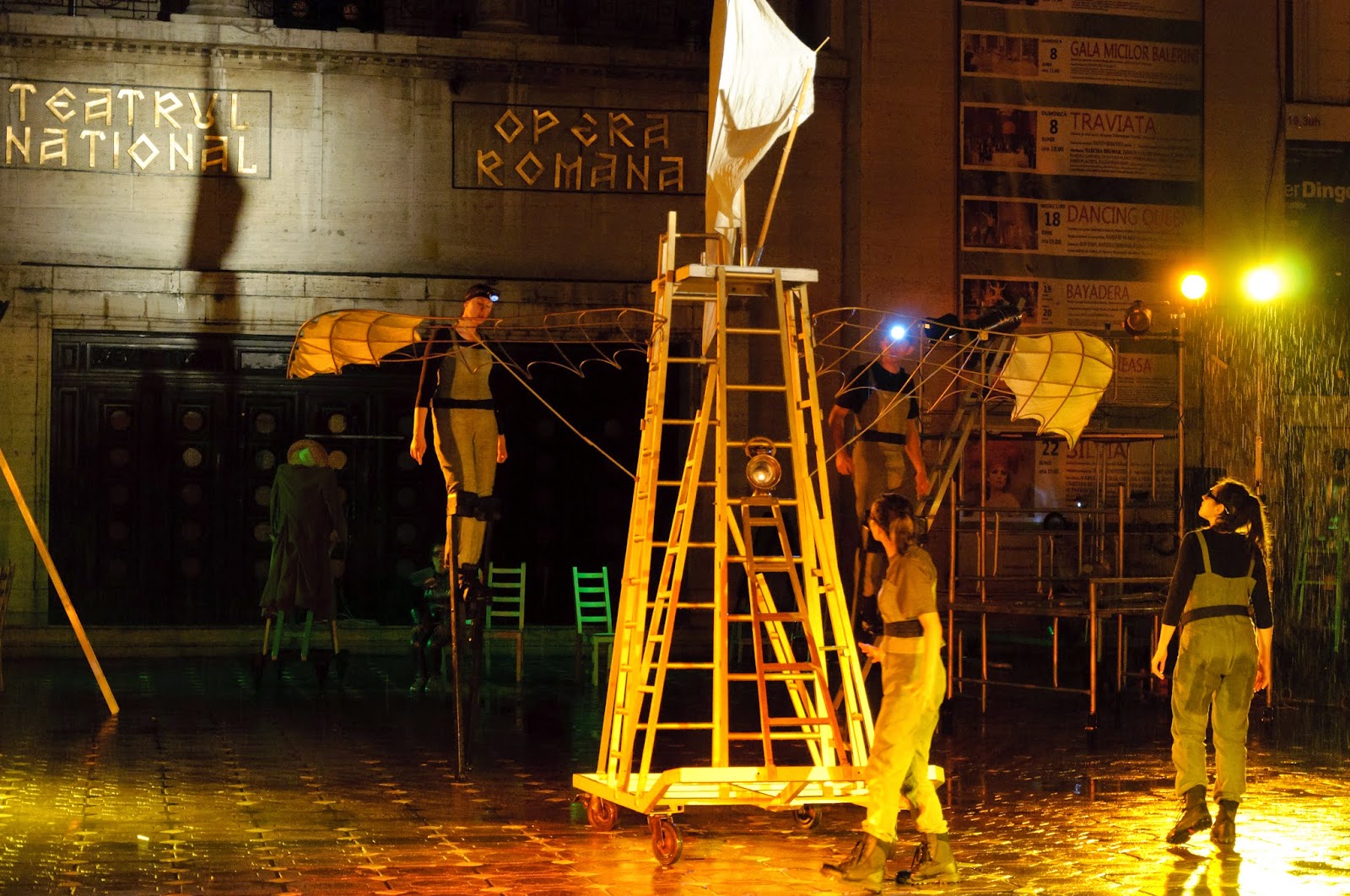