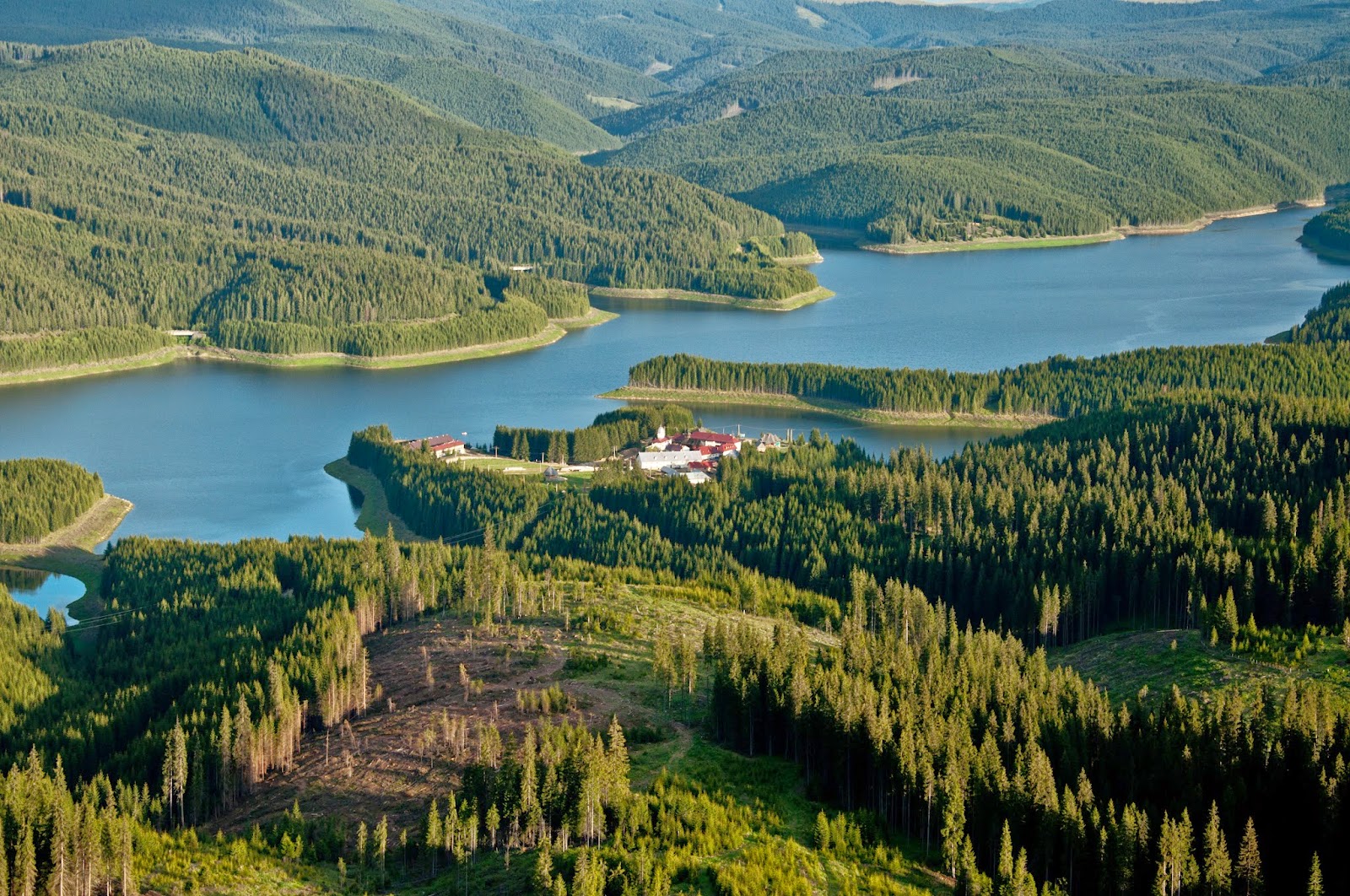 These are the mountains where you can find the most famous dacian fortresses and cities. These fortresses lived up to the Roman empire, the dacian people inspired them and raised their interest in more than one way.

The Sureanu mountains are filled with beautiful sights but this is not what I'm going to talk about in this article, this is about what else is in these mountains: history, treasures, secrets and mystical hypothesis. 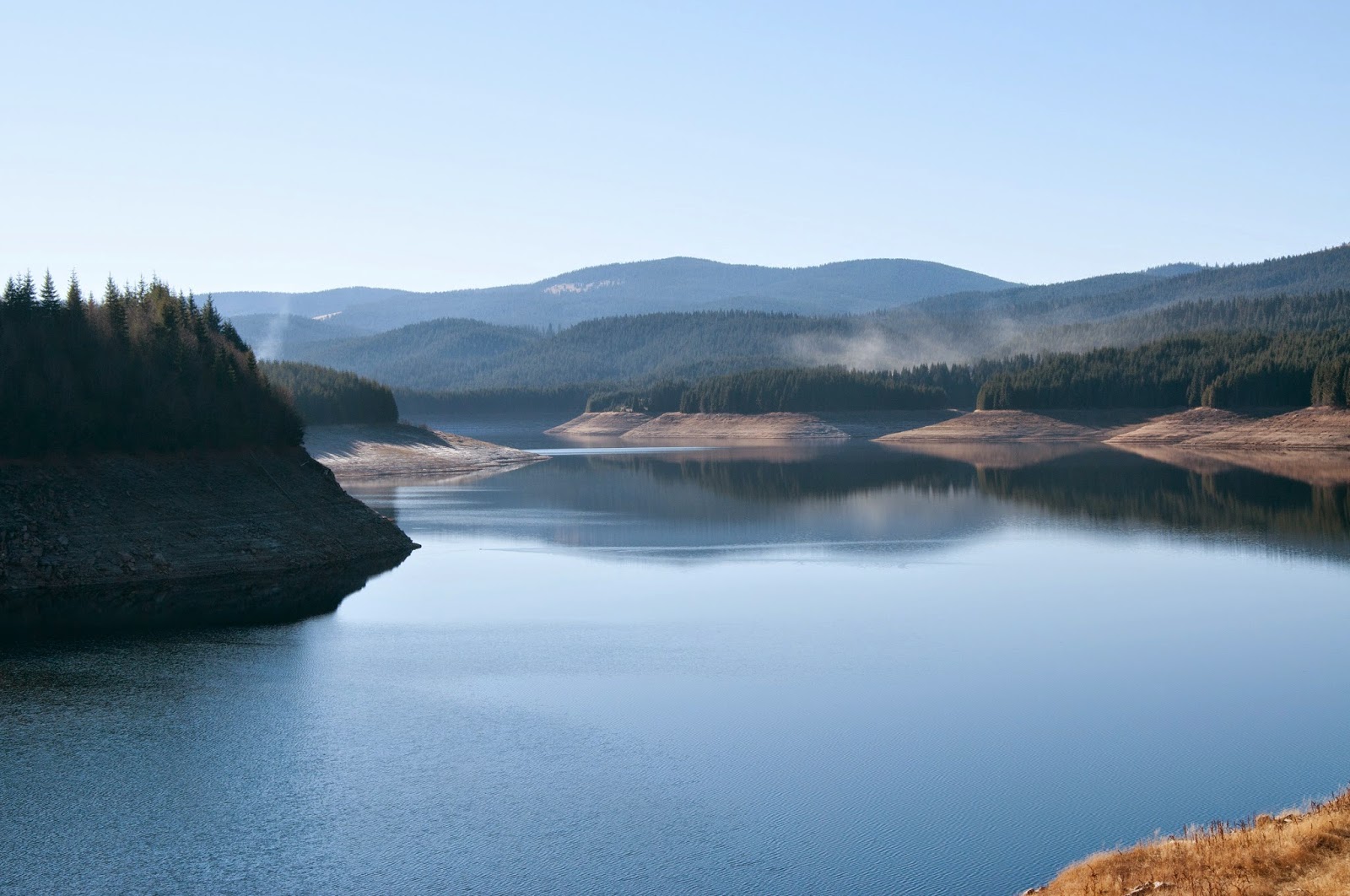 - in the image above: The Oasa Lake - 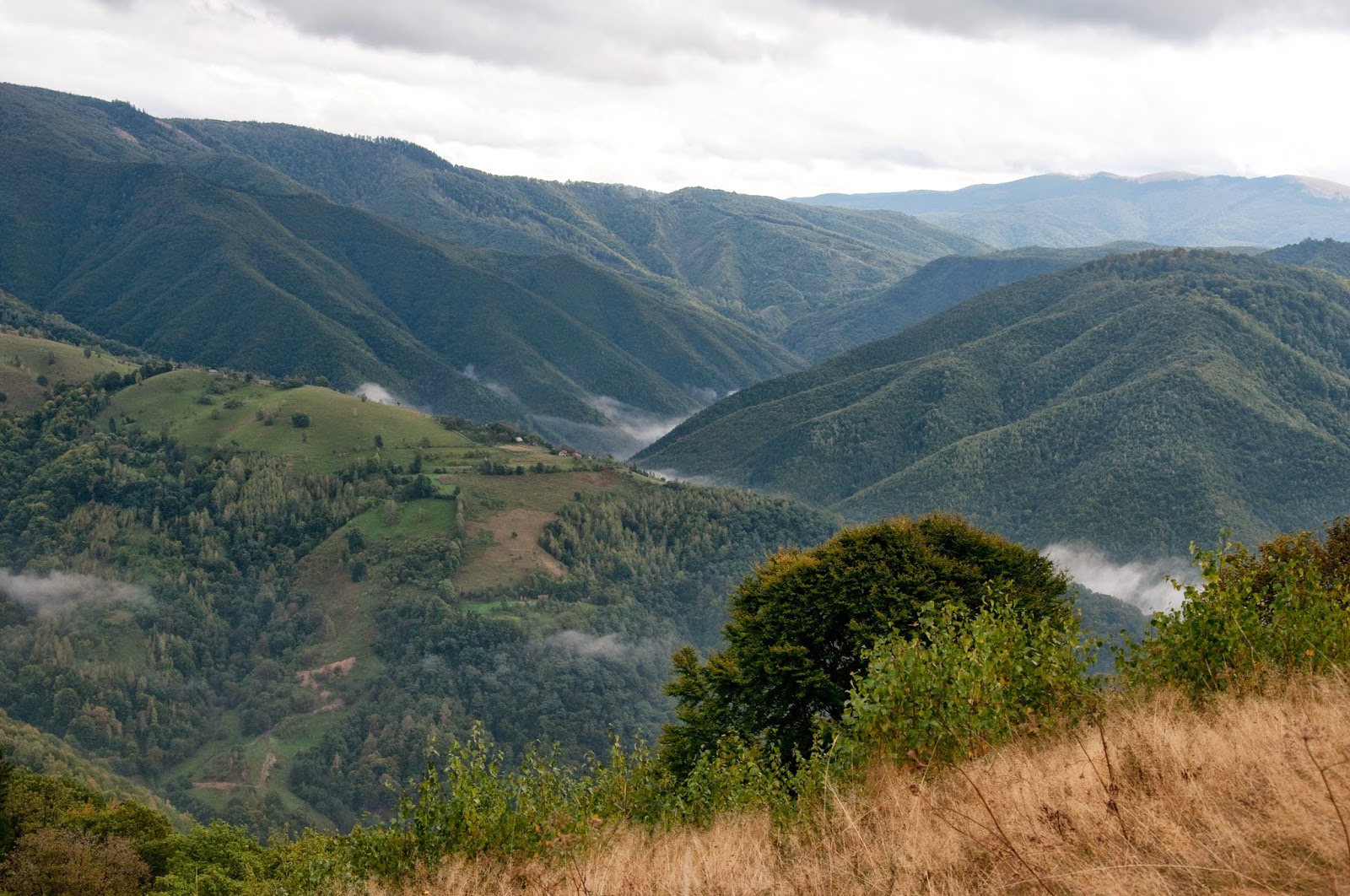 Here you can find the former capital of the Dacian Empire: Sarmizegetusa Regia  - a site that is yet to be discovered, it is believed only 6% of its surface has been uncovered. To get here, you must come from Orastie city, in the north side of the mountain, on the road from Deva to Alba-Iulia.

- in the image above: The sacred plateau at Sarmizegetusa Regia with its sactuaries -
Around the mountains and in the heart of them you can see the fortresses:Fețele Albe, Blidaru, Costești, Bănița, Piatra Roșie, Capîlna and maybe many more dacian ruins and roman castrum .
Our ancestors, the dacians, had a very advanced civilization, almost like the Romans, with running water in their homes, with a very evolved social hierarchy and a monotheist religion where their God was Zalmolxis.
One of the patents of the dacians is their wall construction type: murus dacicus - which were built with stone bricks and wood crossbars and filled with earth. They were as solid as the mountain itself.

At Sarmizegetusa, you can see many sanctuaries, an astrolabe, granite plumbing and the walls of the sacred area of the city. The settlement is raised in the 1st century B.C. it was built on tens of terraces on the mountain-top holding the sacred area on the highest terrace, the one you can visit today.
This was the largest dacian settlement yet to be found, it is known to have held within its surface shops, houses,installations for water collecting and distribution and other advanced constructions.
Although Sarmizegetusa Regia is an UNESCO site, there have not been many improvements in its development and protection. The only new rule since last year is that the site is closed during winter from the 1st of December until the 1st of March. 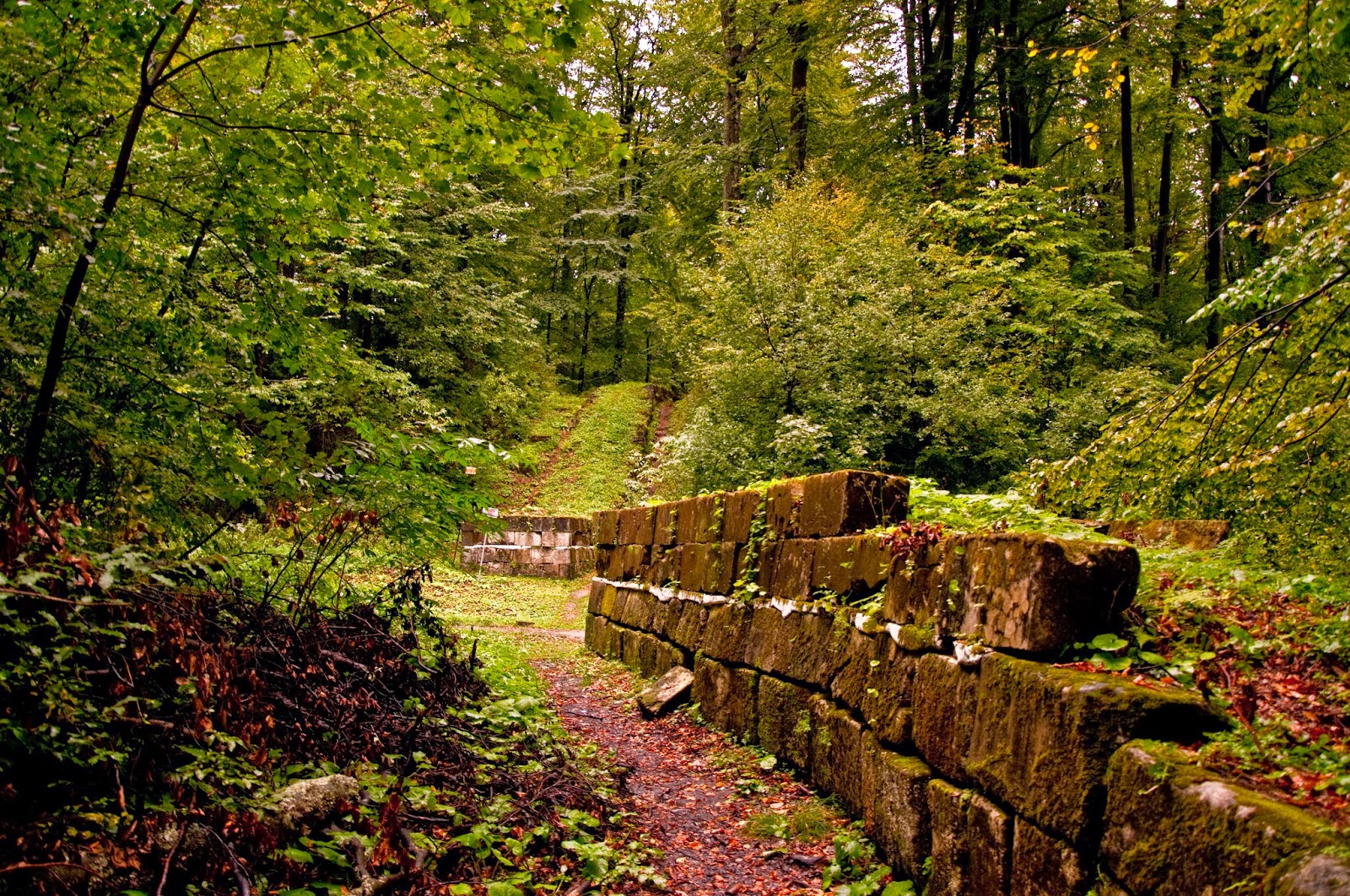 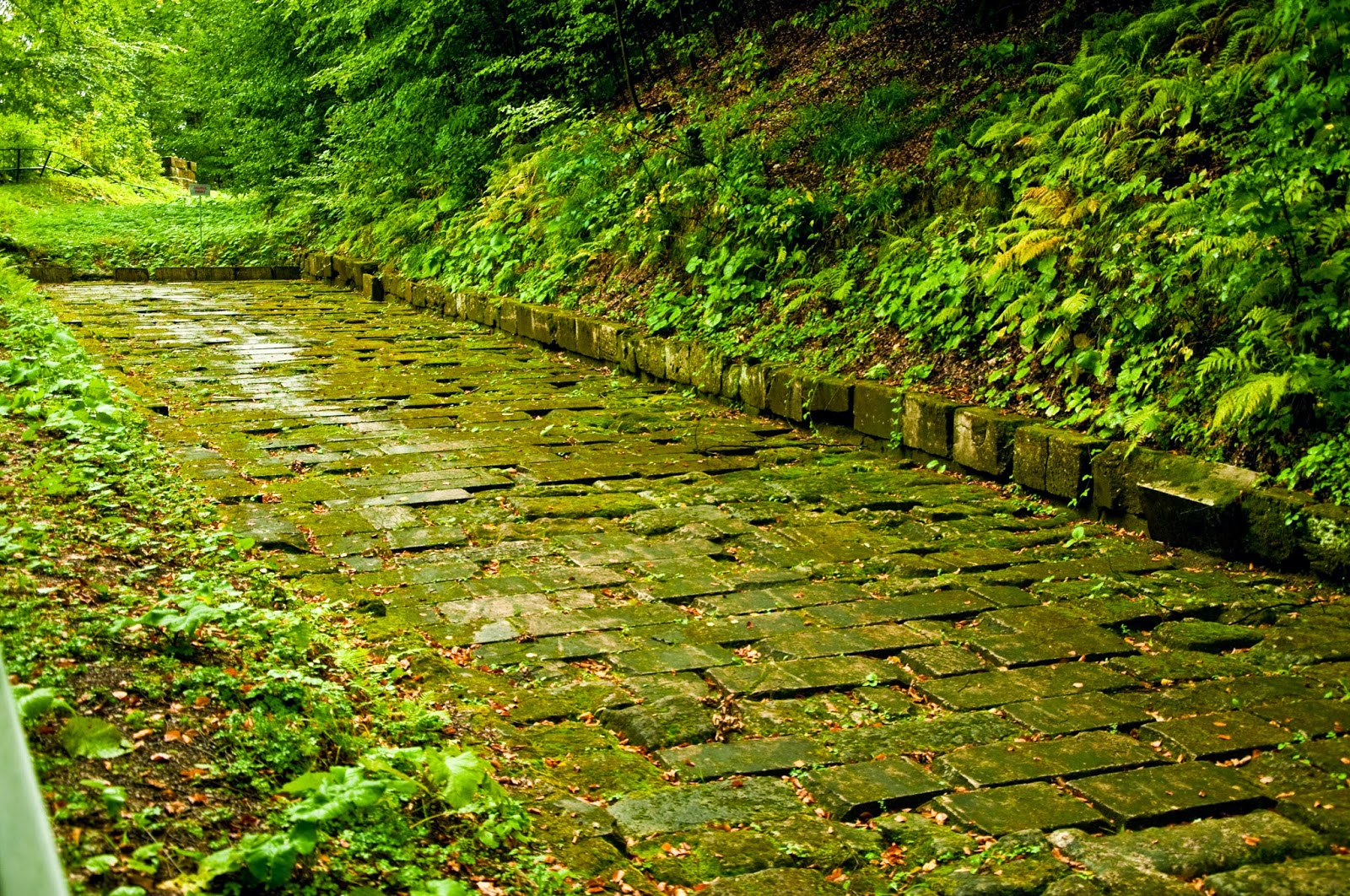 The paved road in the fortress 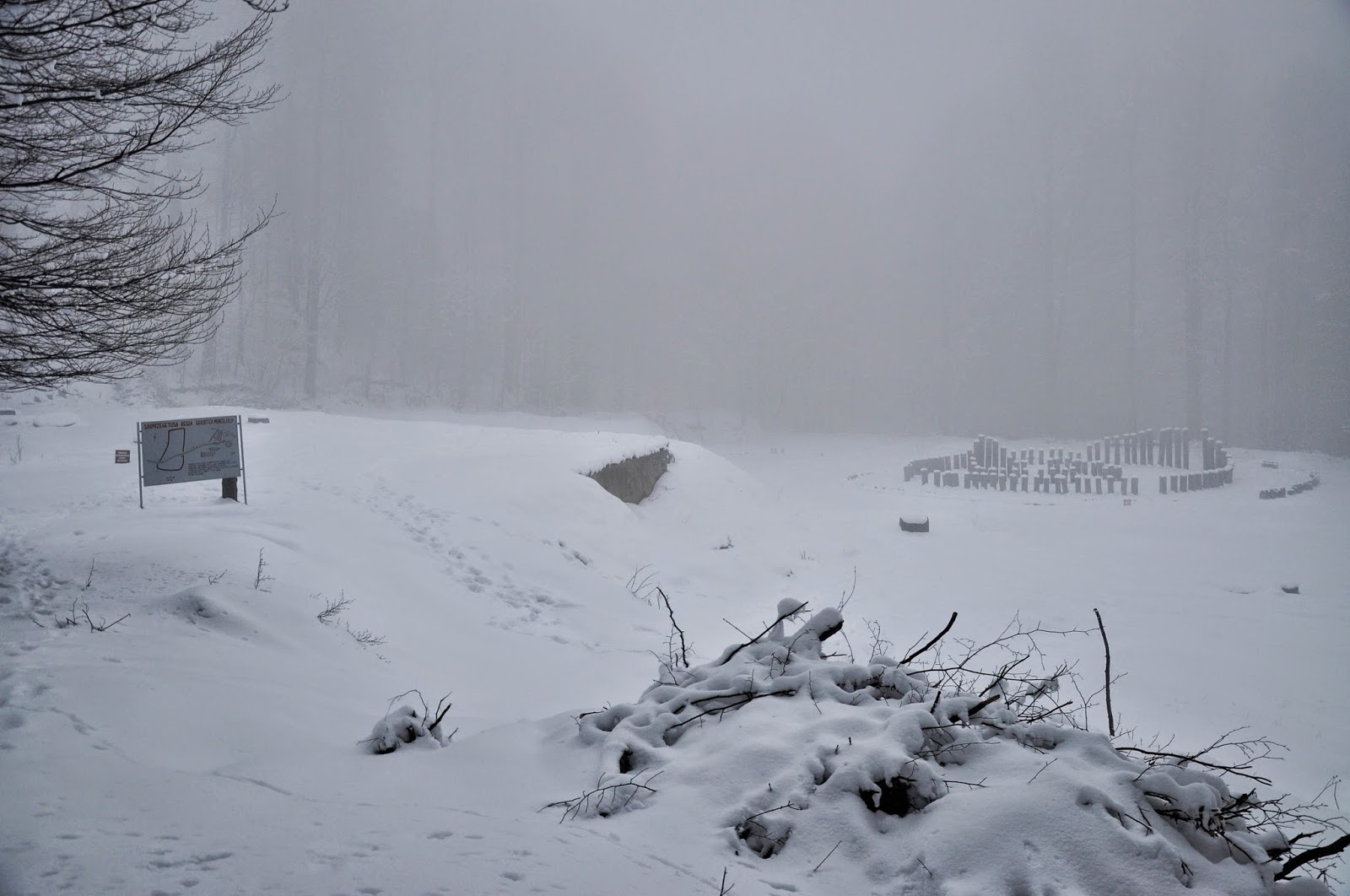 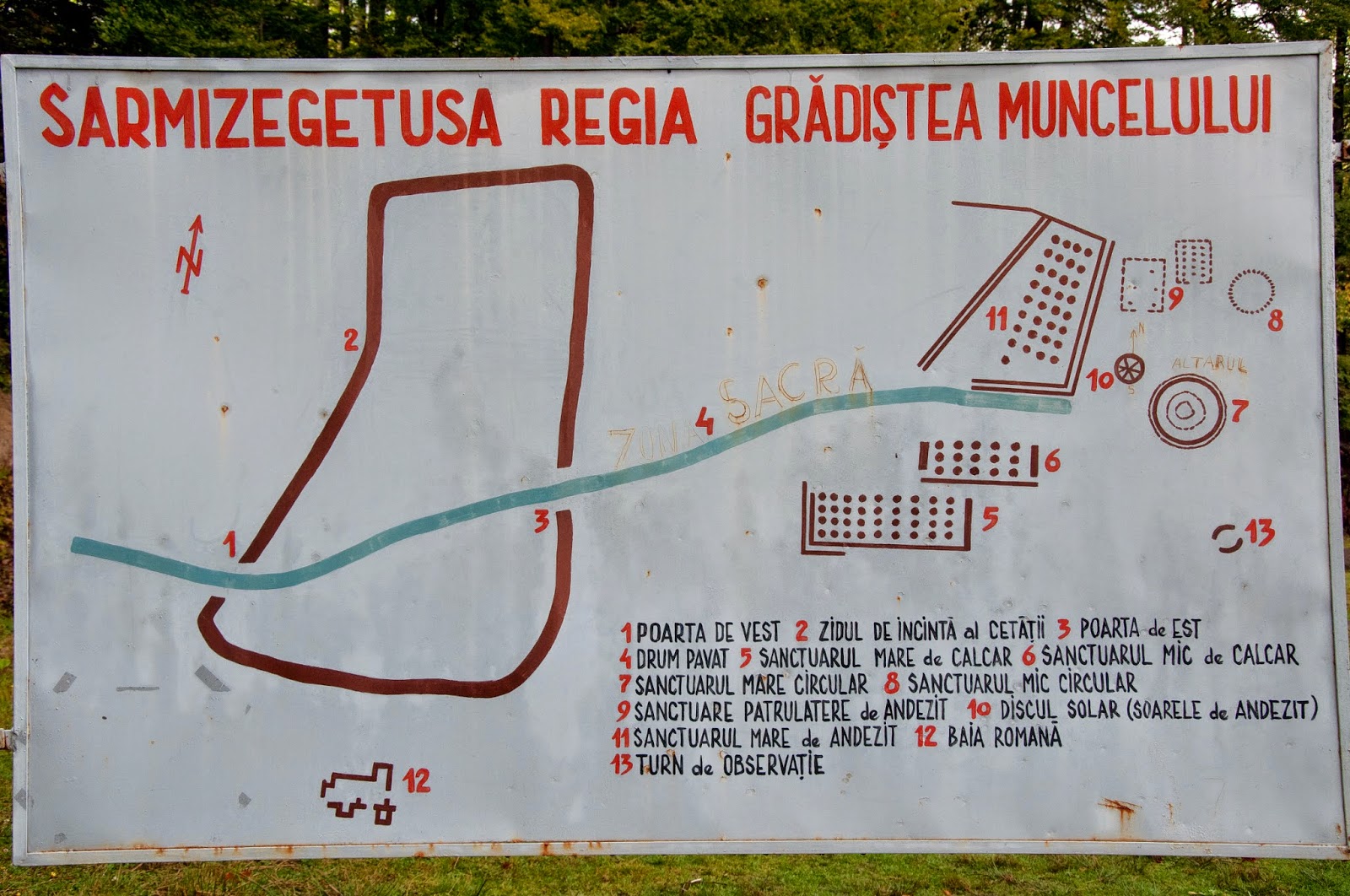 The other two fortresses nearby, Costesti and Blidaru have their enclosure walls, and some towers that used to serve as housing. 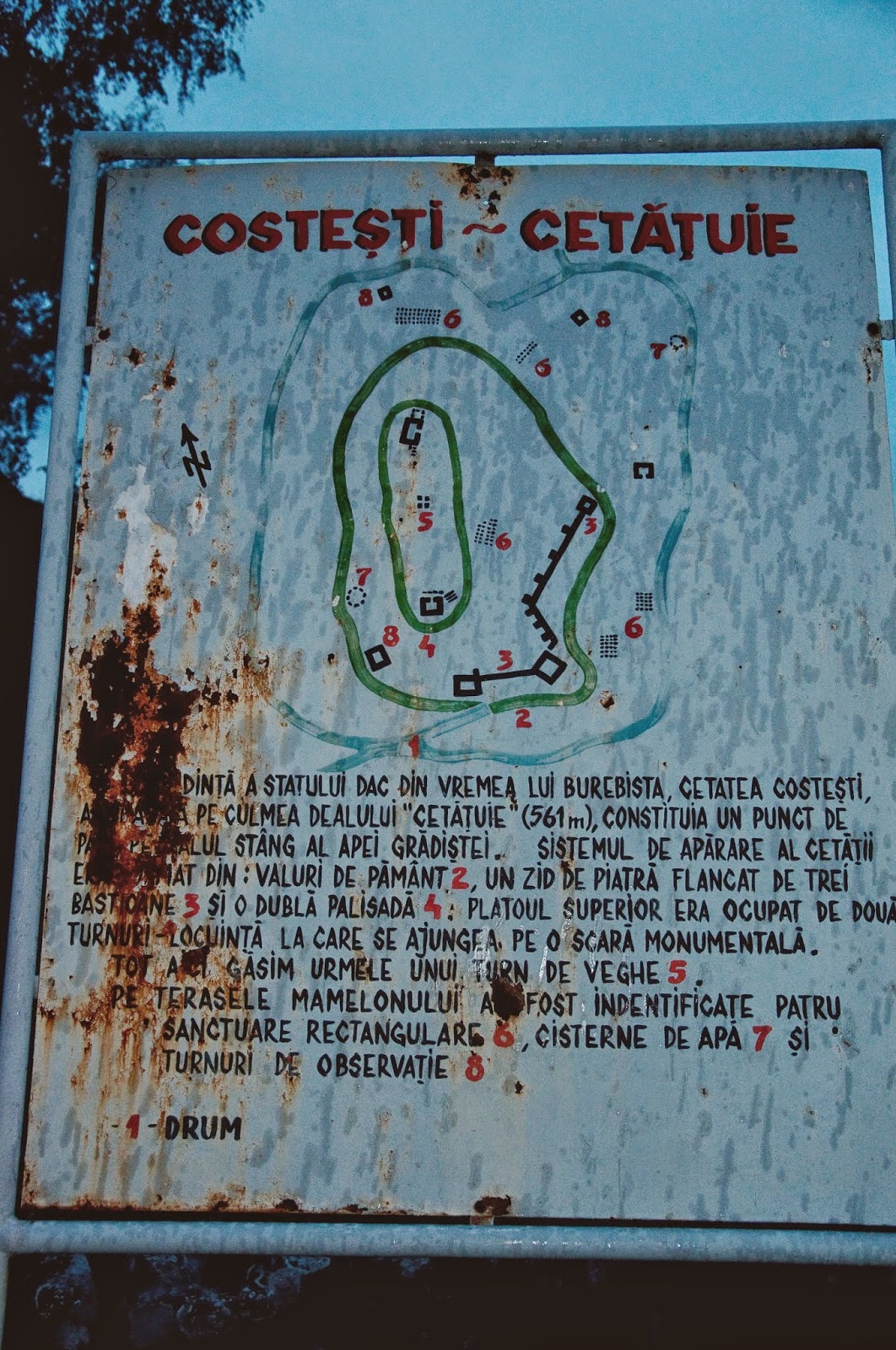 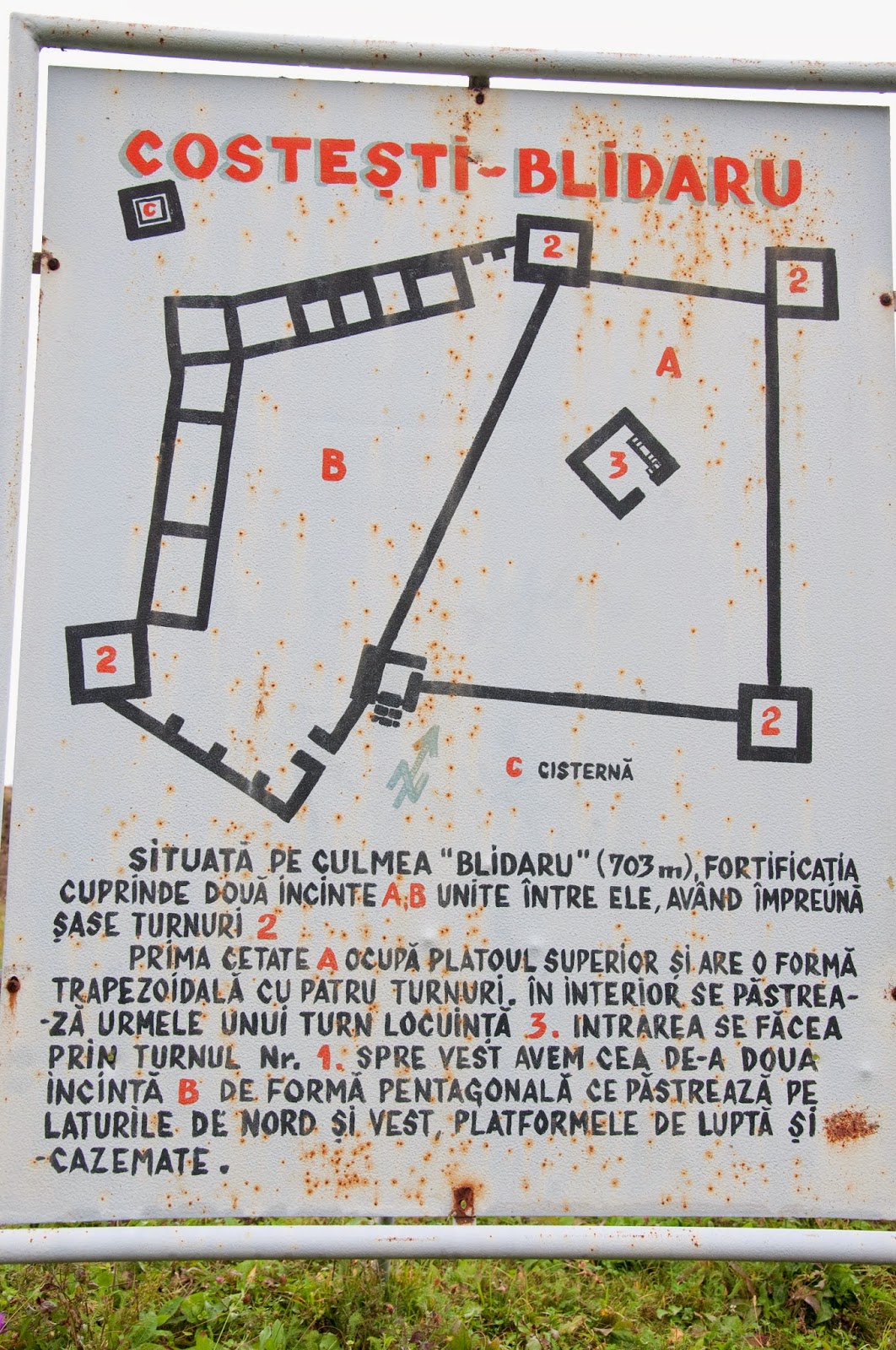 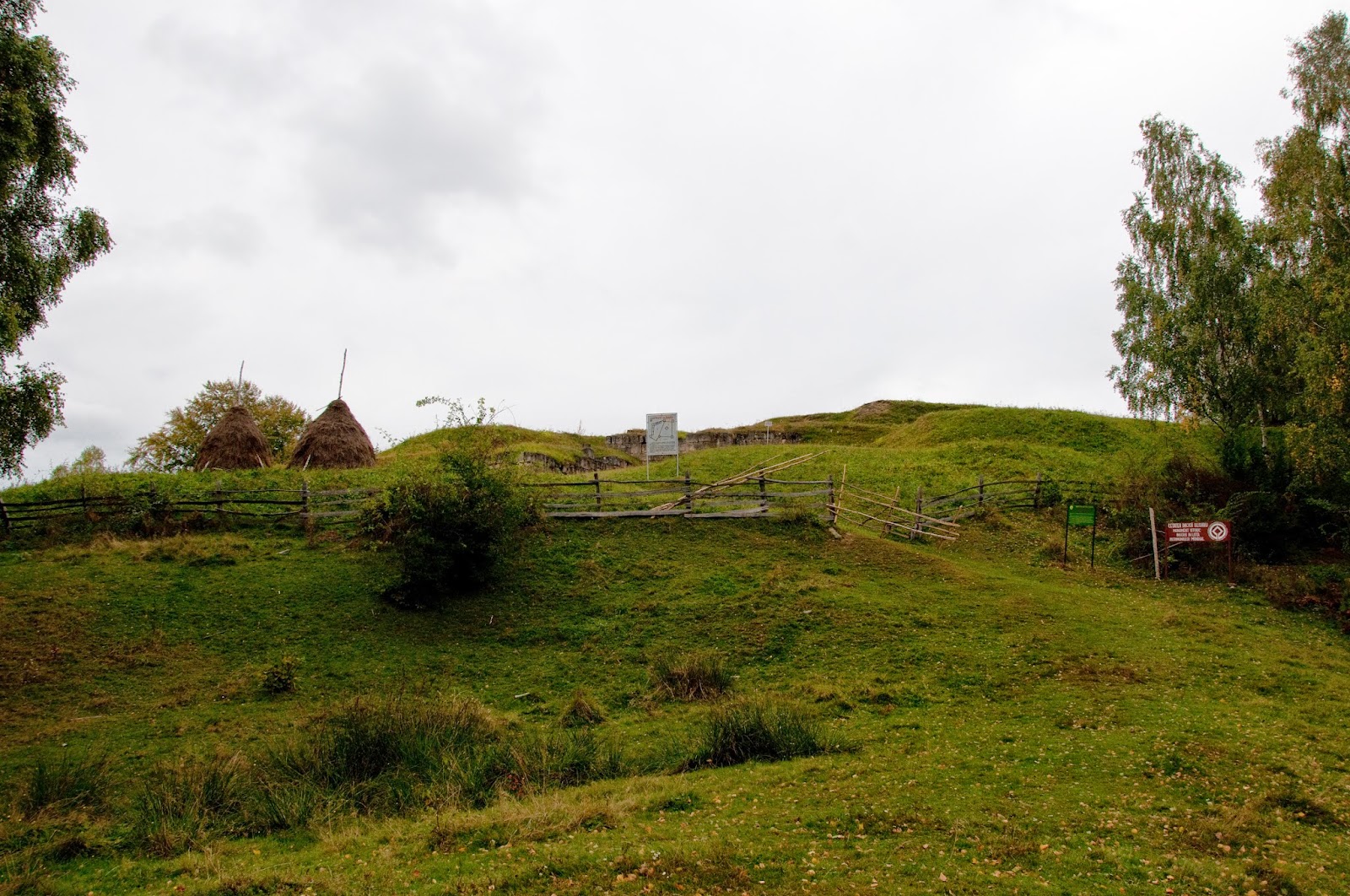 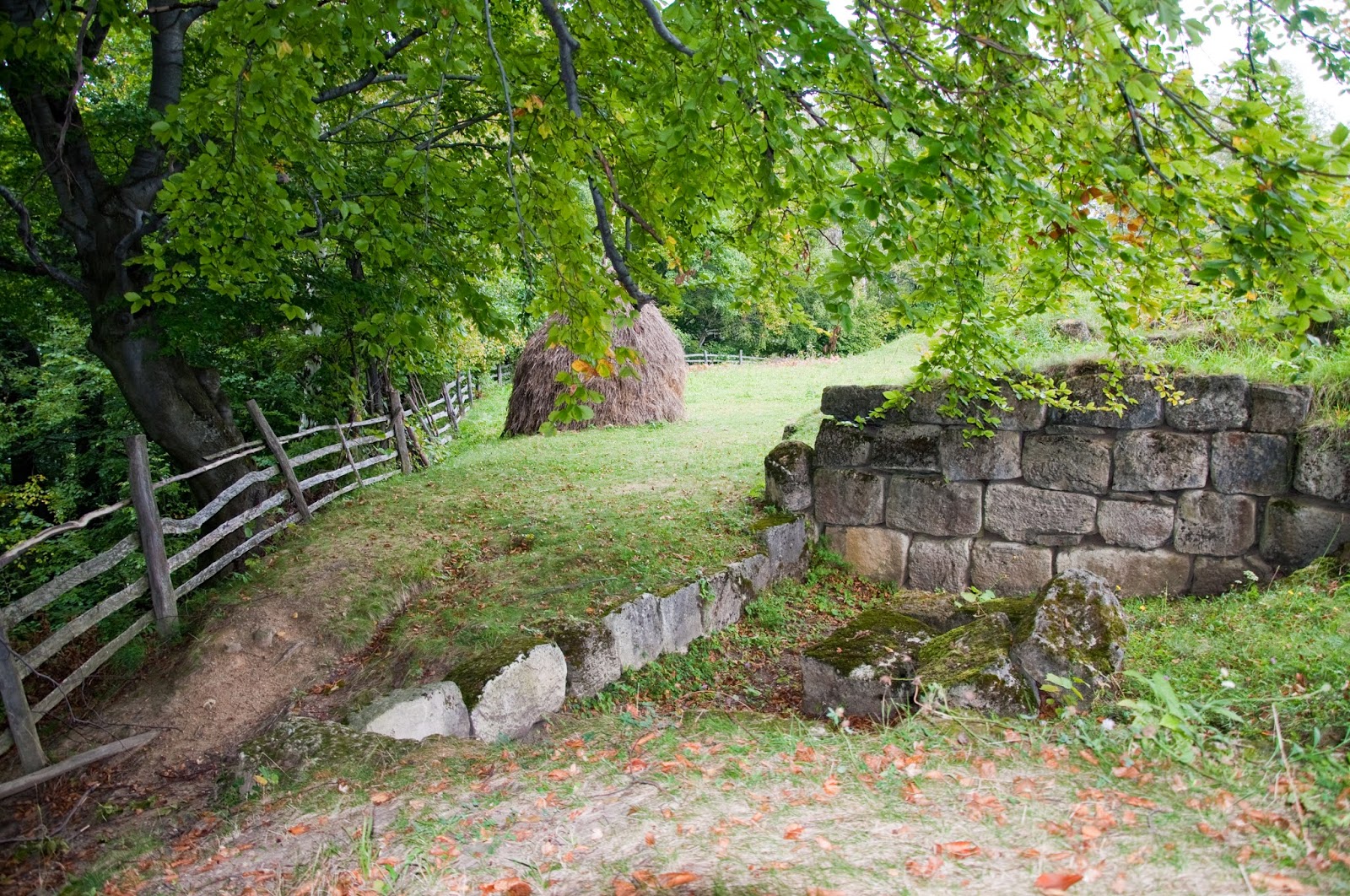 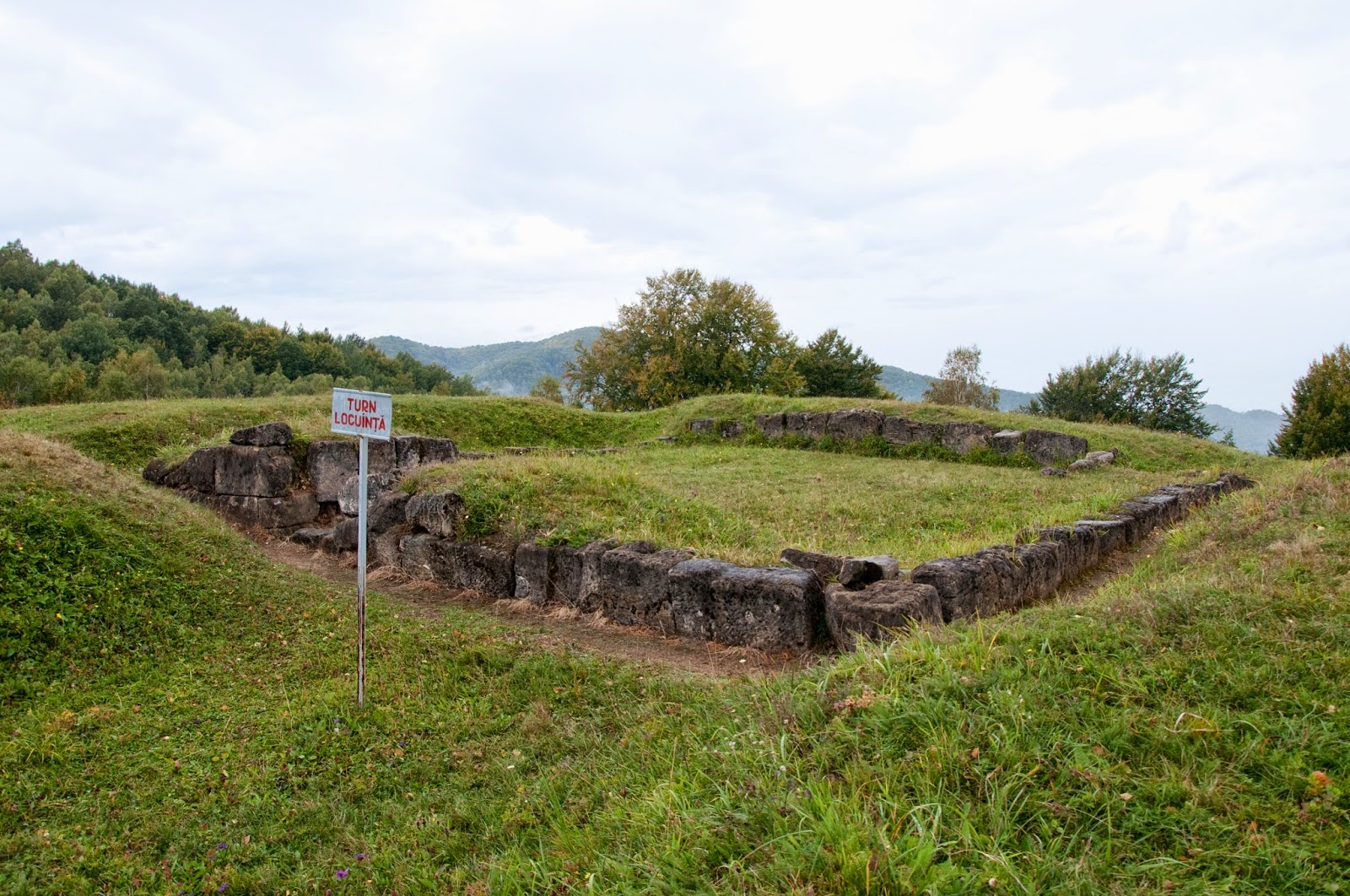 If you ever arrive to see these fortresses, you should know that all the guiding panels are in romanian, although, as you might have noticed in the images above, they are not very concludent, they just show a brief history and configuration for the settlements. But even so, you shall find important informations online. Or from the locals. They are friendly and if you ask them to show you where to go, they probably will.

In the Sureanu mountains there are many areas yet to be explored and many legends as well. It is thought that the romans were after Dacia's gold and metals from the mountains. There are rumors about some under earth galleries that the dacians used to hide and escape or build surprise counter-attacks on their invaders. But they are still to be discovered.

These mountains hold some kind of a spiritual power that is still being felt by those who visit them, maybe it is not a coincidence that there are even today a few monastic settlements deep in these mountains. It seems that the way those settlements arise in the religious life is a little different as others as they are truly respected and many believers cross their thresholds daily. The best example for that is the Oasa monastery (image below), near the Oasa lake and the Tet monastery. 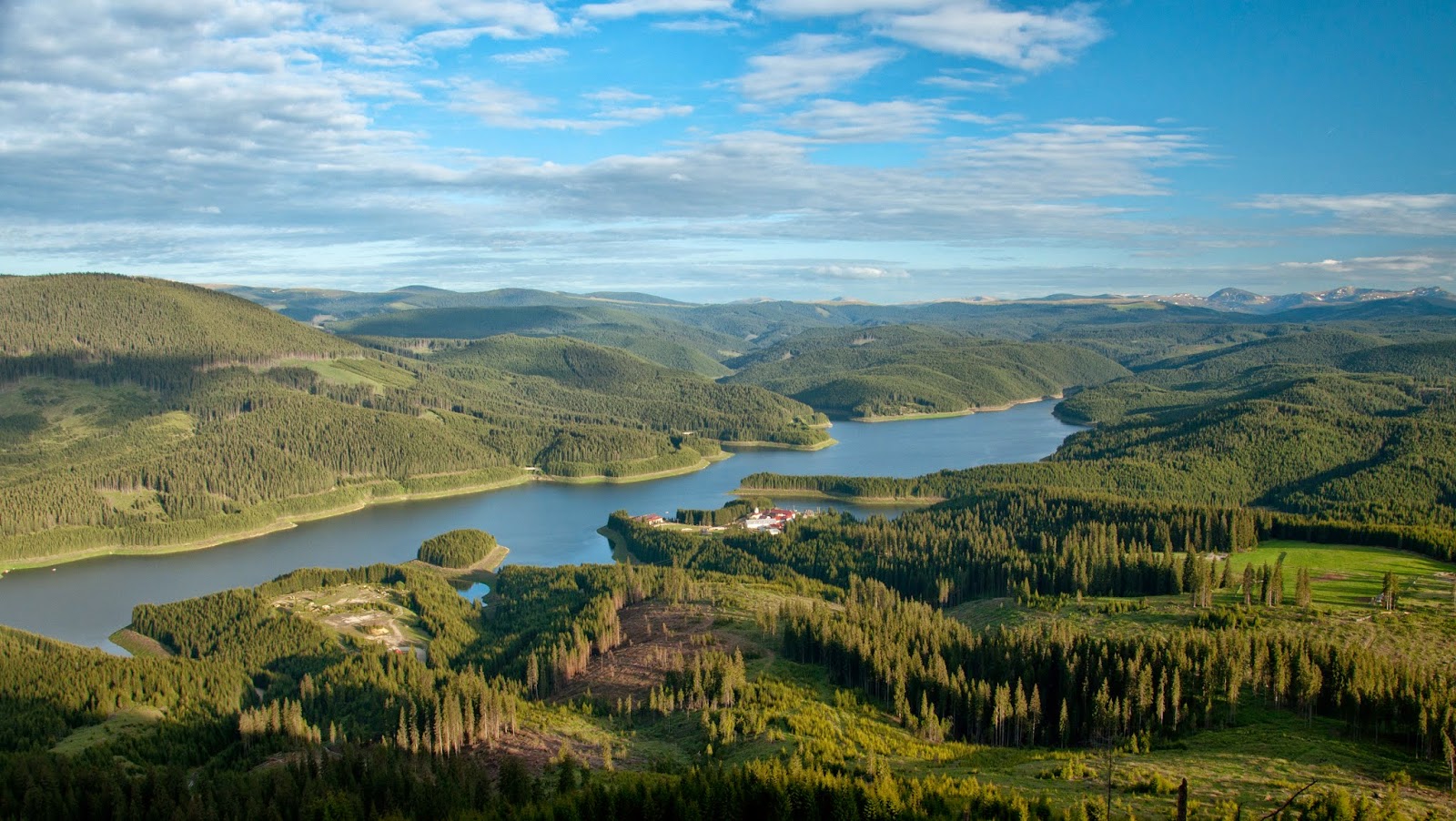 You can get to them coming from Sebes towards Petrosani, on the beautiful high-mountain road called Transalpina - in itself a beautiful collection of waterfalls, rocky walls, creeks gorges and crests. One of the newest finished roads in Romania (only fully opened in the summer months) that has become one of the bikers favorite roads. During the winter you can go to the Vidra lake at Transalpina Ski Resort - also a new construction here (images below), built just like the ski slopes in Austria with a beautiful opening towards the lake, or also to Sureanu Ski Resort - where you can get to from Oasa Monastery. 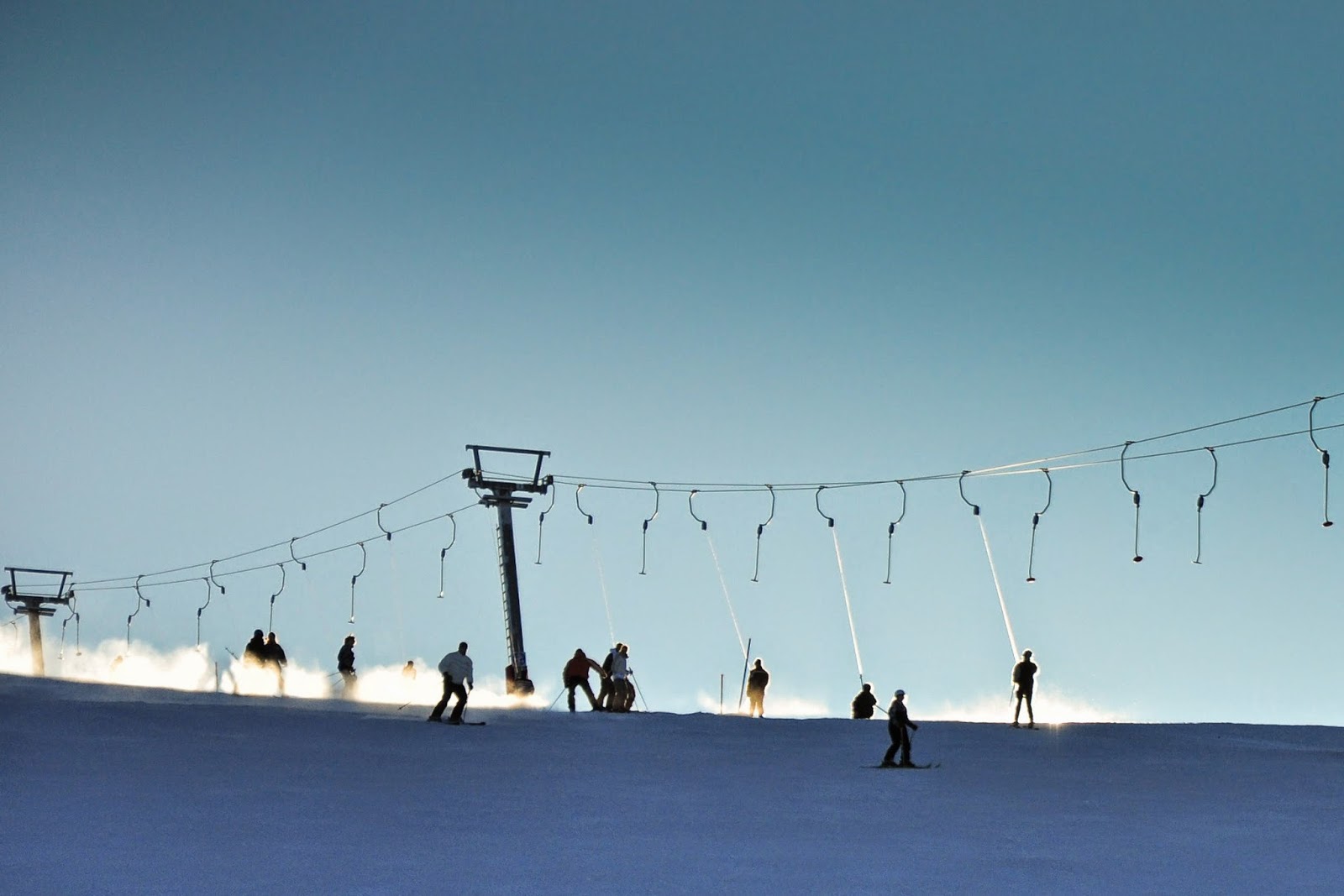 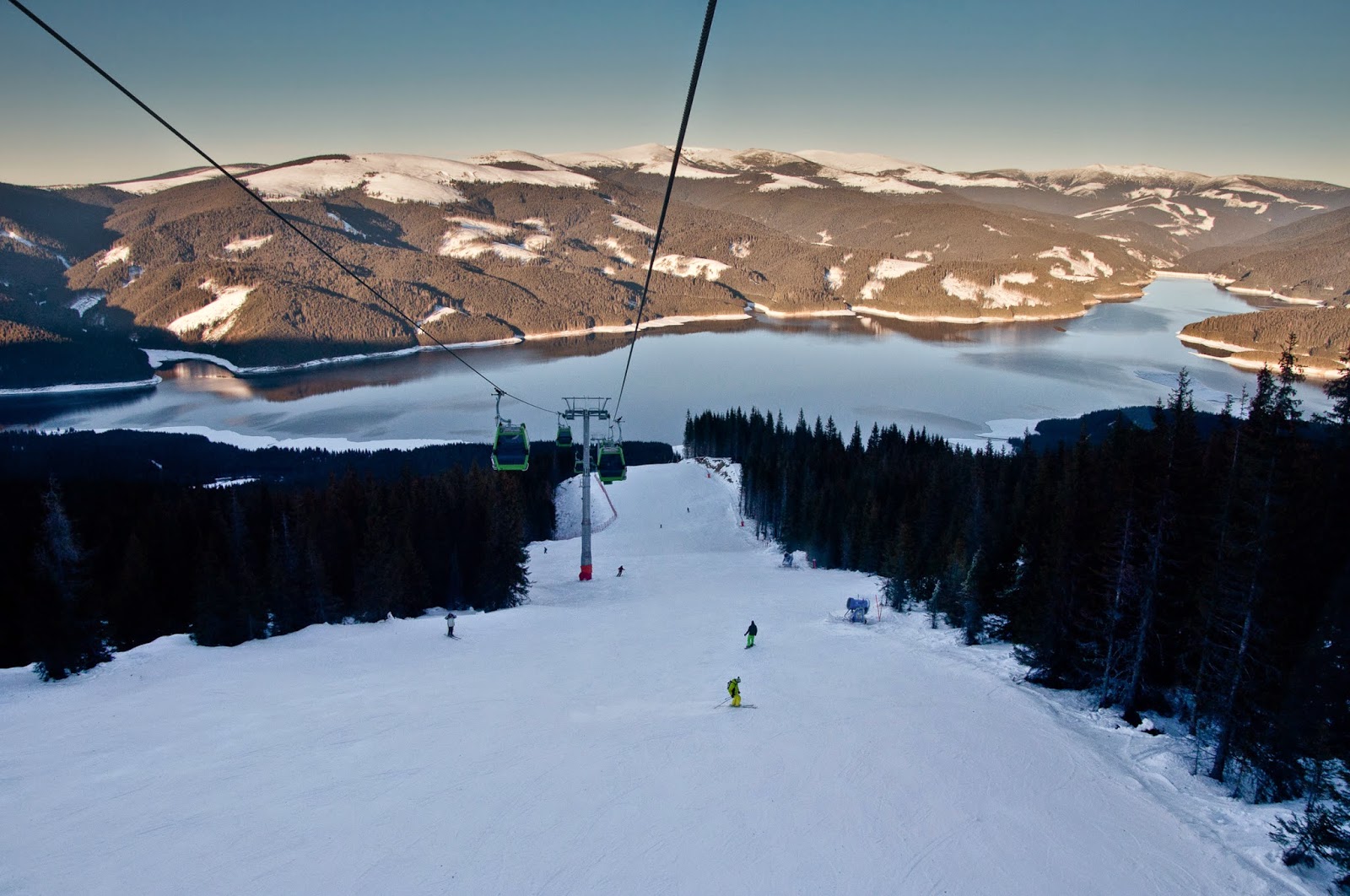 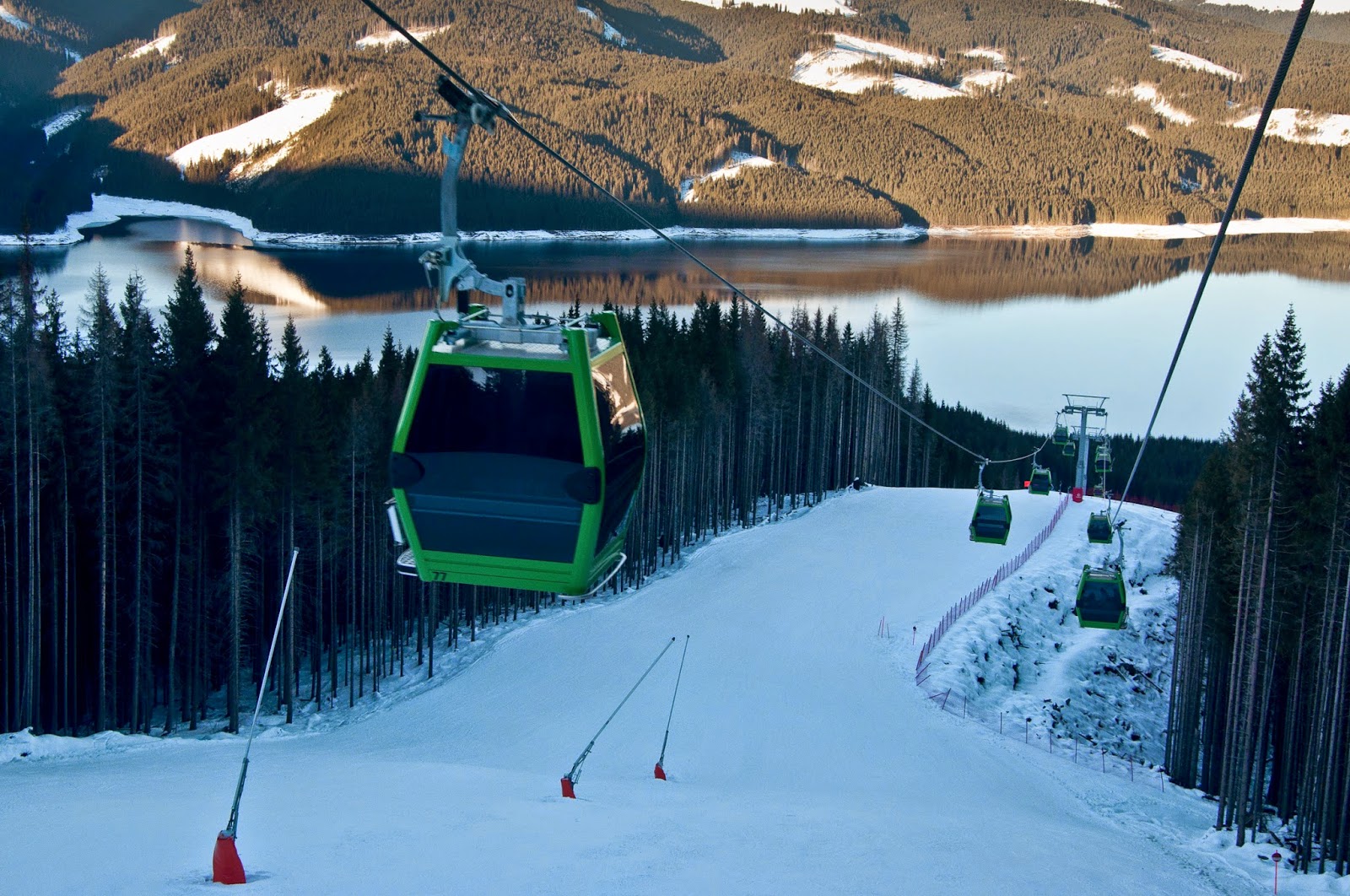 There is a Natural Reservation Area called "Gradistea Muncelului - Cioclovina" on the southern part of the mountain. You can see caves and deep rock sinkholes, protected animal species and plants and more fairy-tale like landscapes. 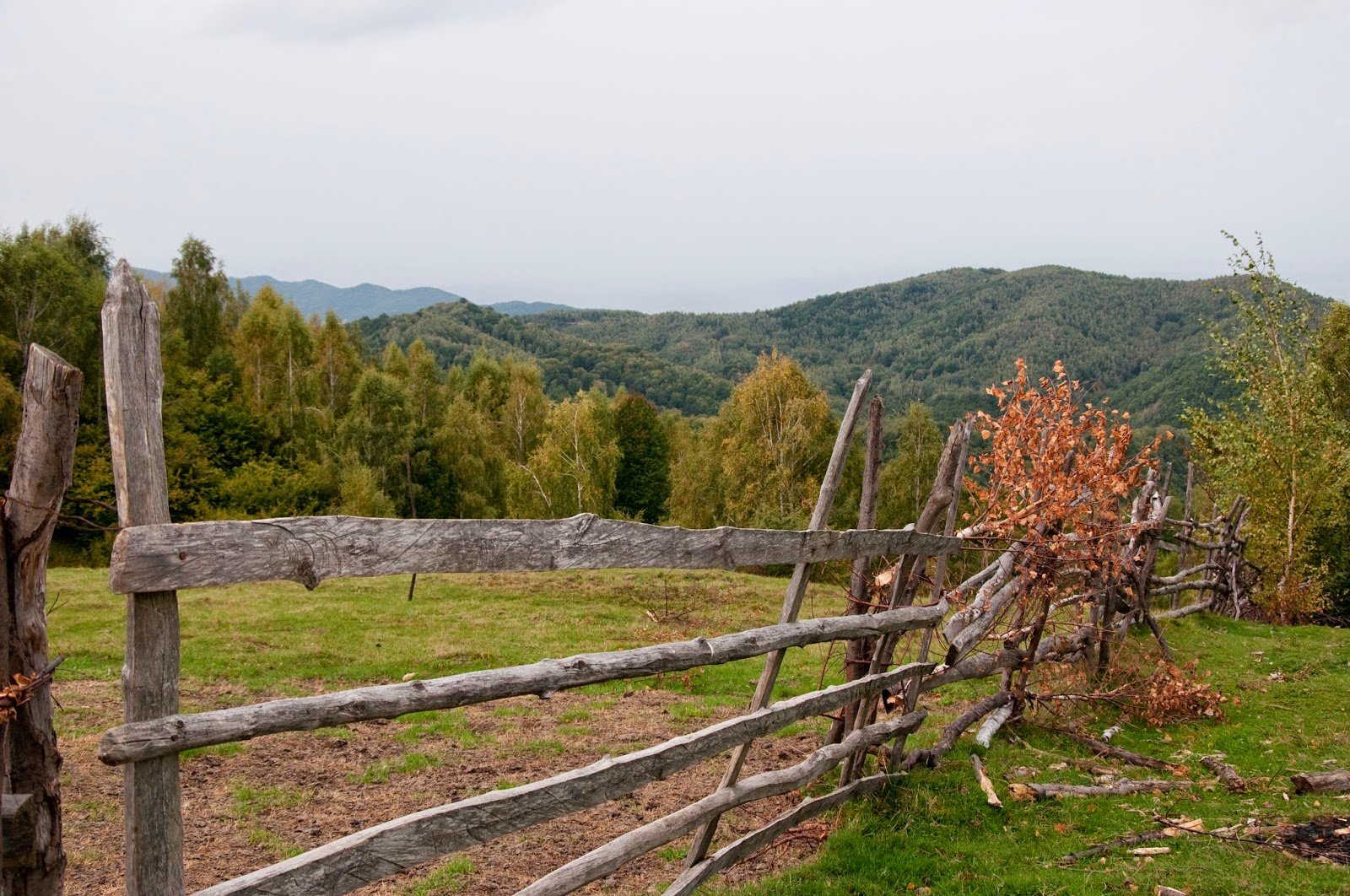 At the Piatra Rosie fortress it is said you can still find coins, swords and other remains from the dacian times. Of course, you should know it's illegal to take them home! :) 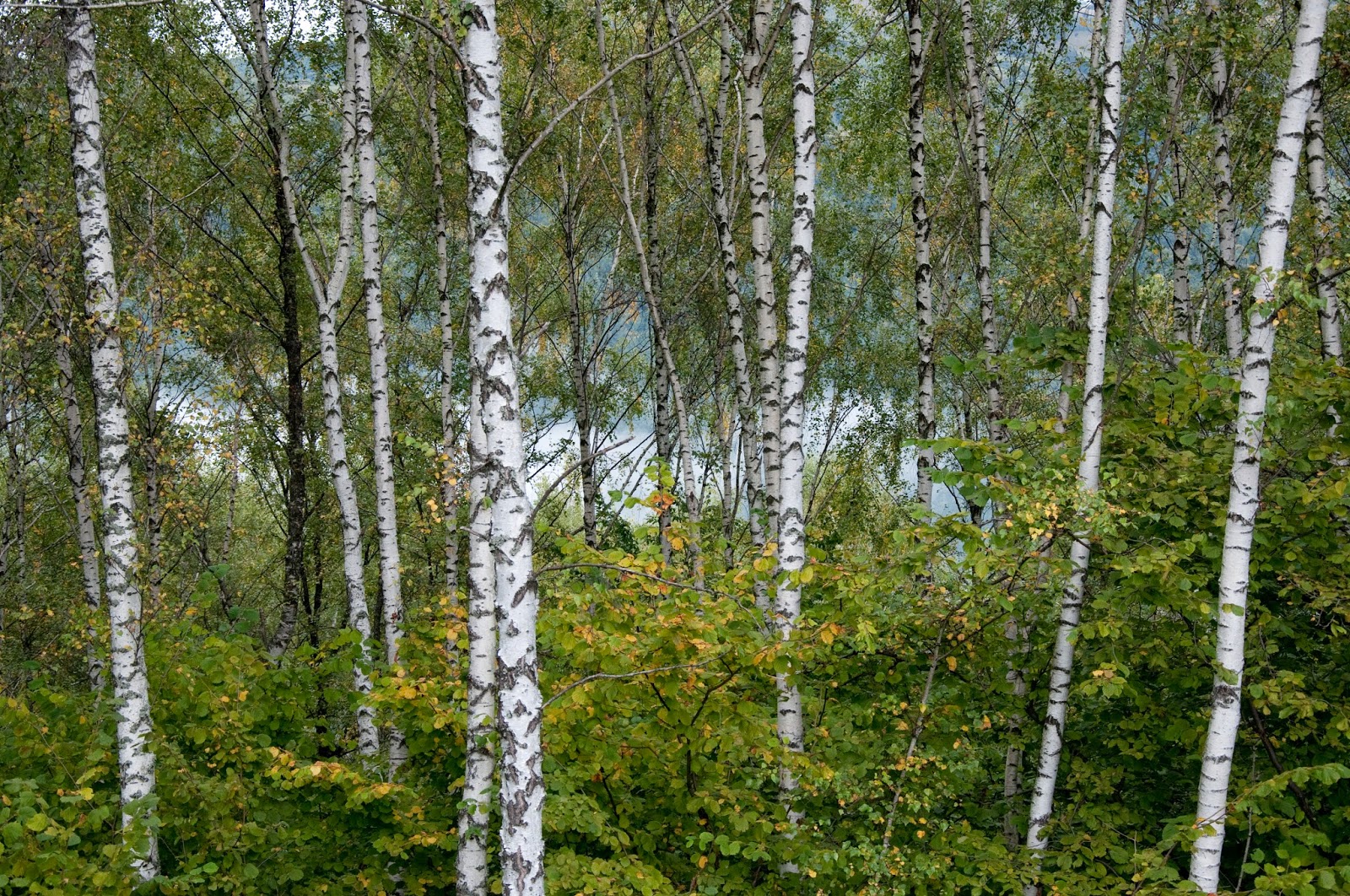 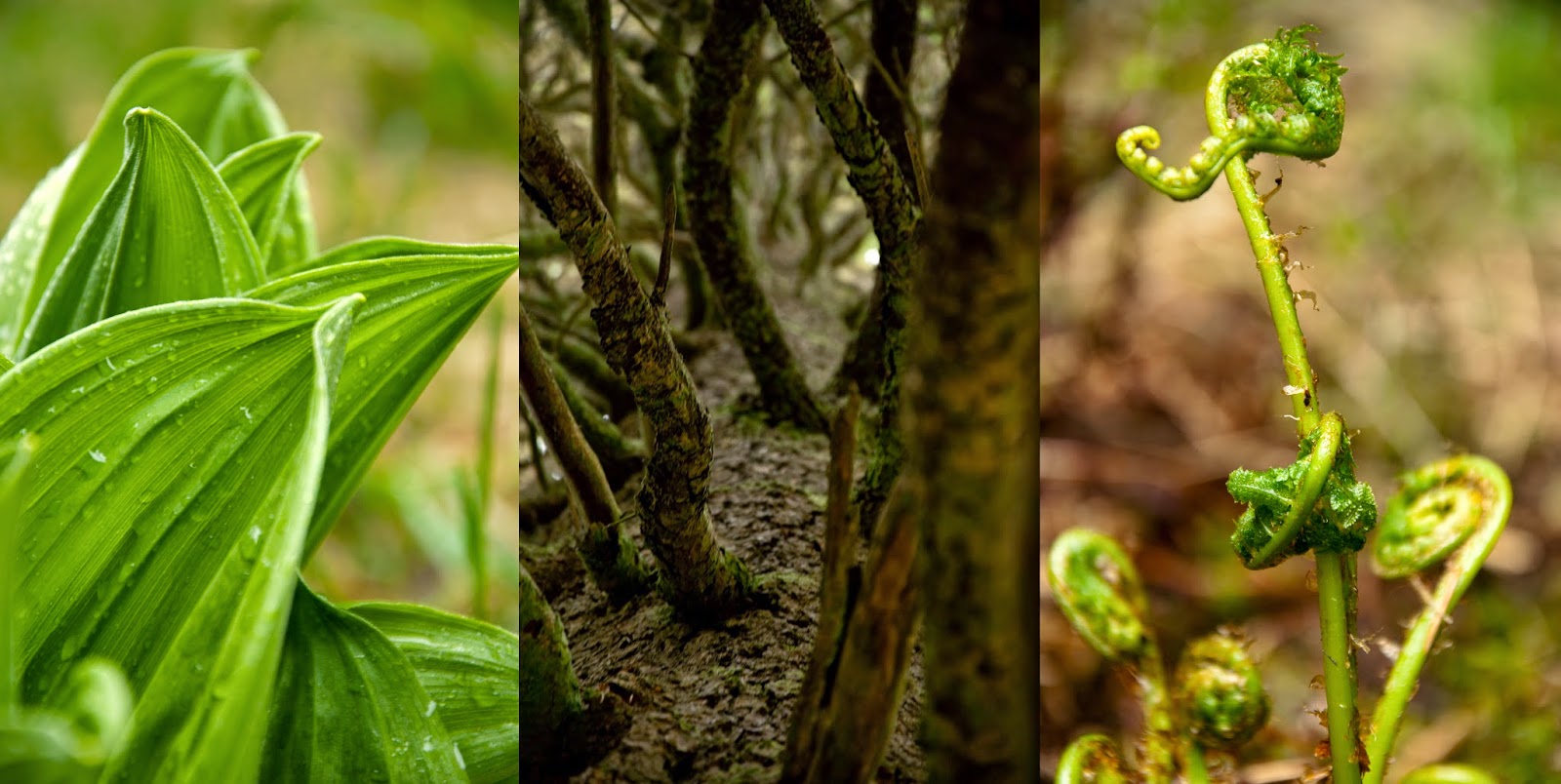 These woods, as you can see above, have their magic atmosphere, some report even paranormal activities in the area. Who knows?  Maybe there is still something left from the ancient times, some power that makes people believe and some hidden ancient knowledge of power. 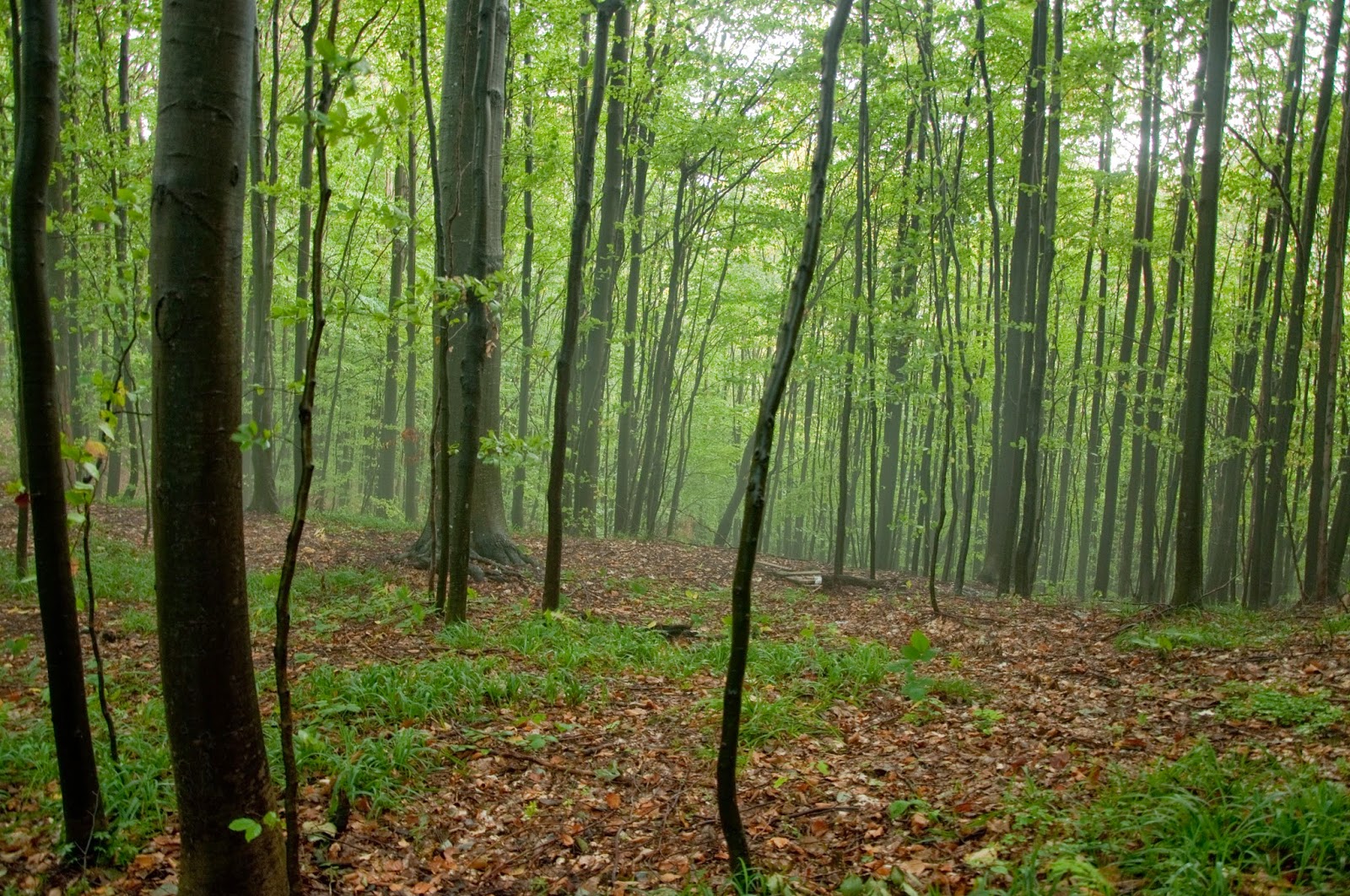 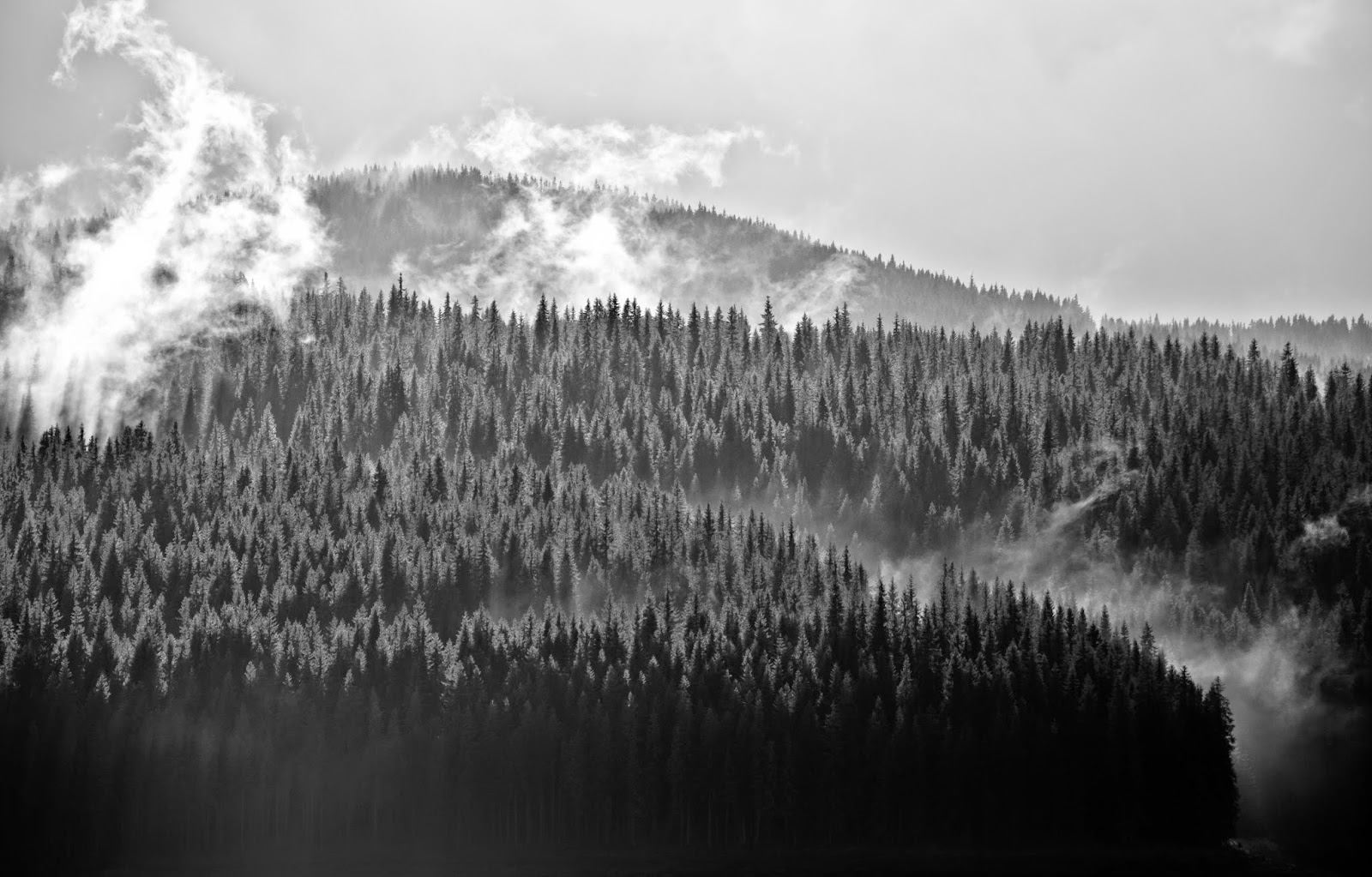 The remaining part of the mountains with cabins and lodges and hiking trails will be another story! :) Maybe hiking there you can find the answer to some of the secrets of this area and its spiritual history.
See you then!