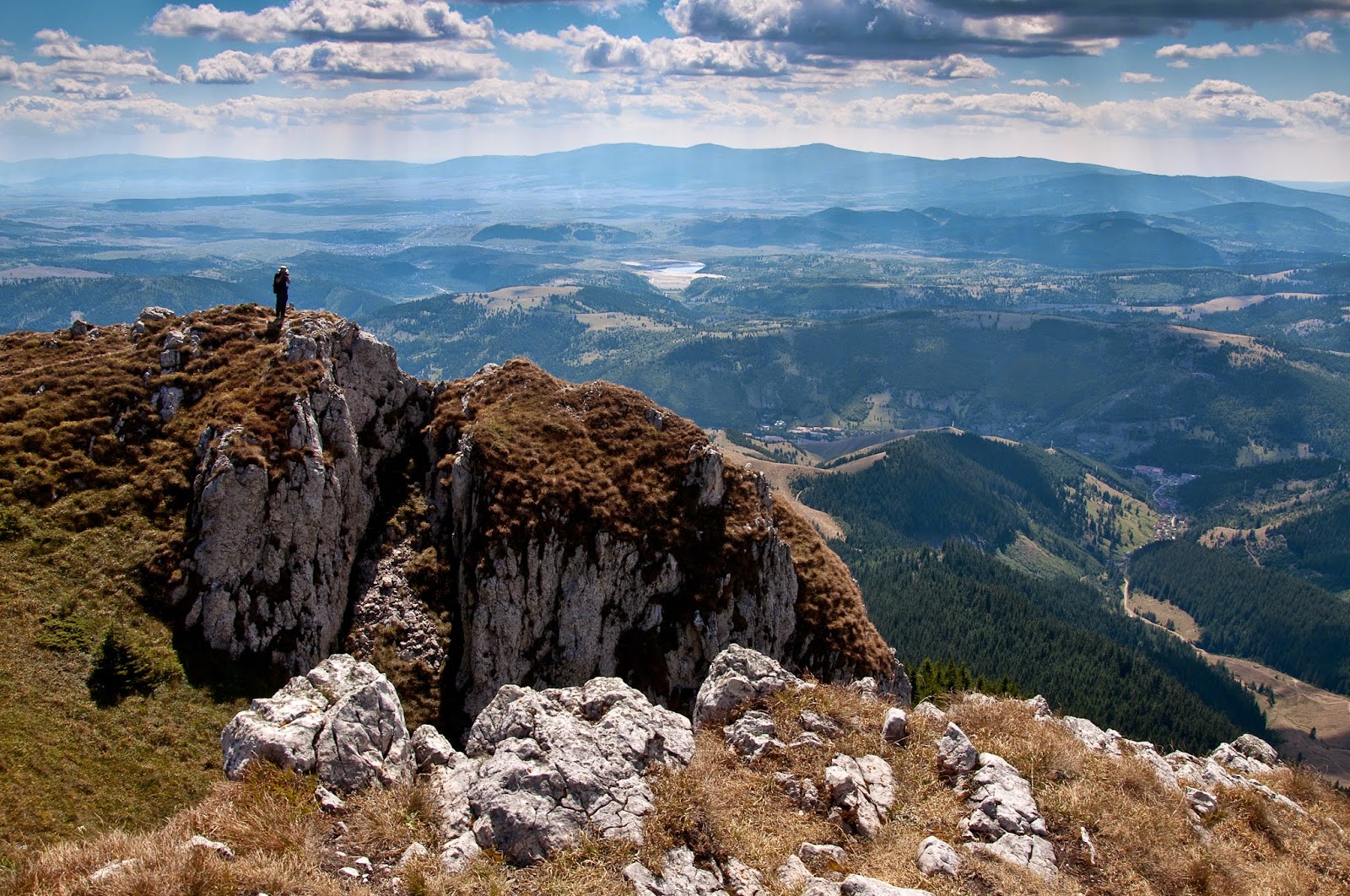 This small group of mountains is located in the eastern carpathians of Romania, near Gheorgheni and the Bicaz gorges. The area is filled with beautiful places to visit, unfortunately, the Hasmas Mountains are not so known by the tourists, I don't know why, 'cause they are quite a piece of jewelry to see!


You can climb them coming from the village called Balan or coming from the Red Lake (Lacul Rosu) or from a few other places, like the Pingarati pass (see the map below).

Images of the Red Lake which is also an interesting place to see: 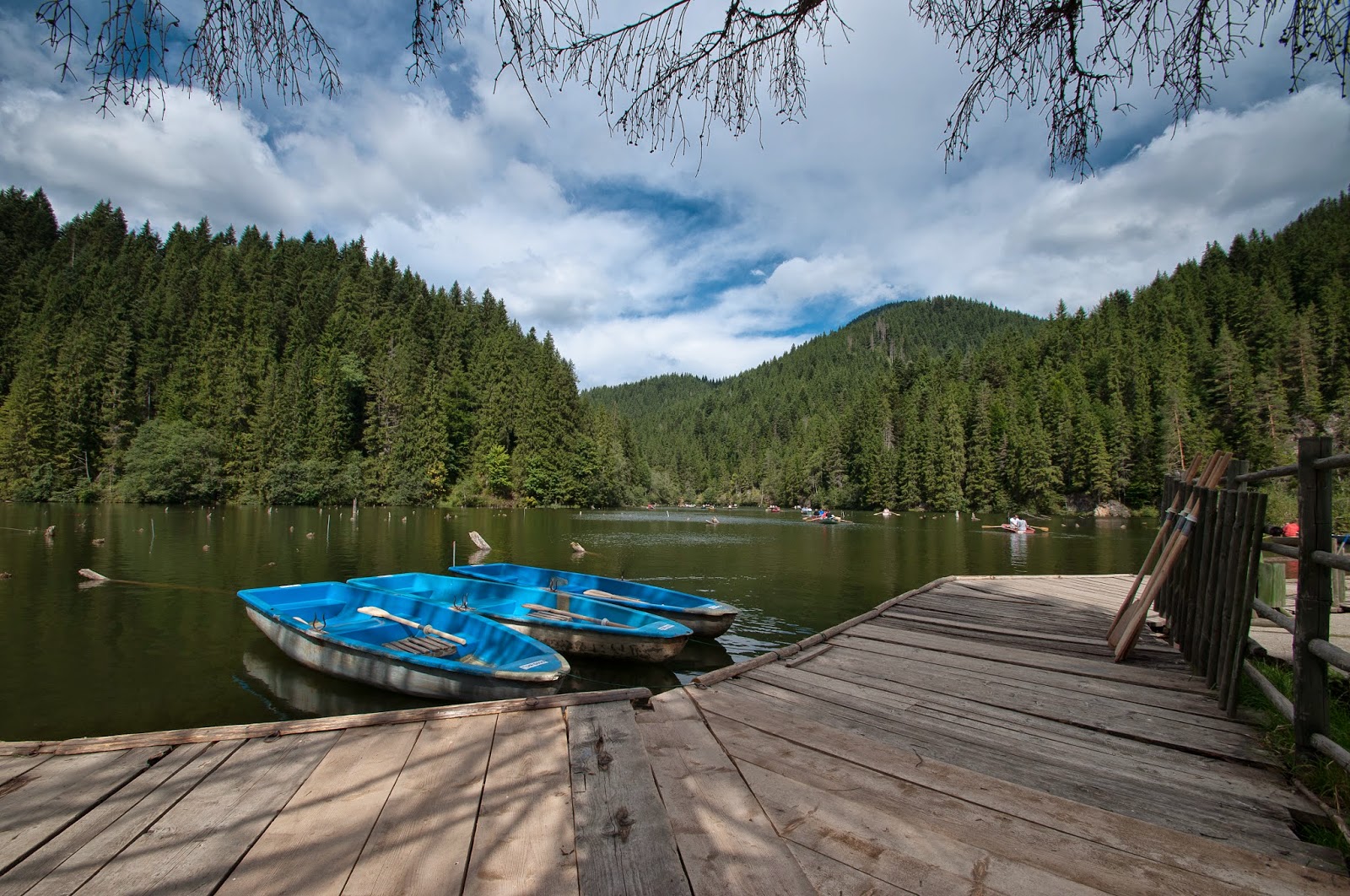 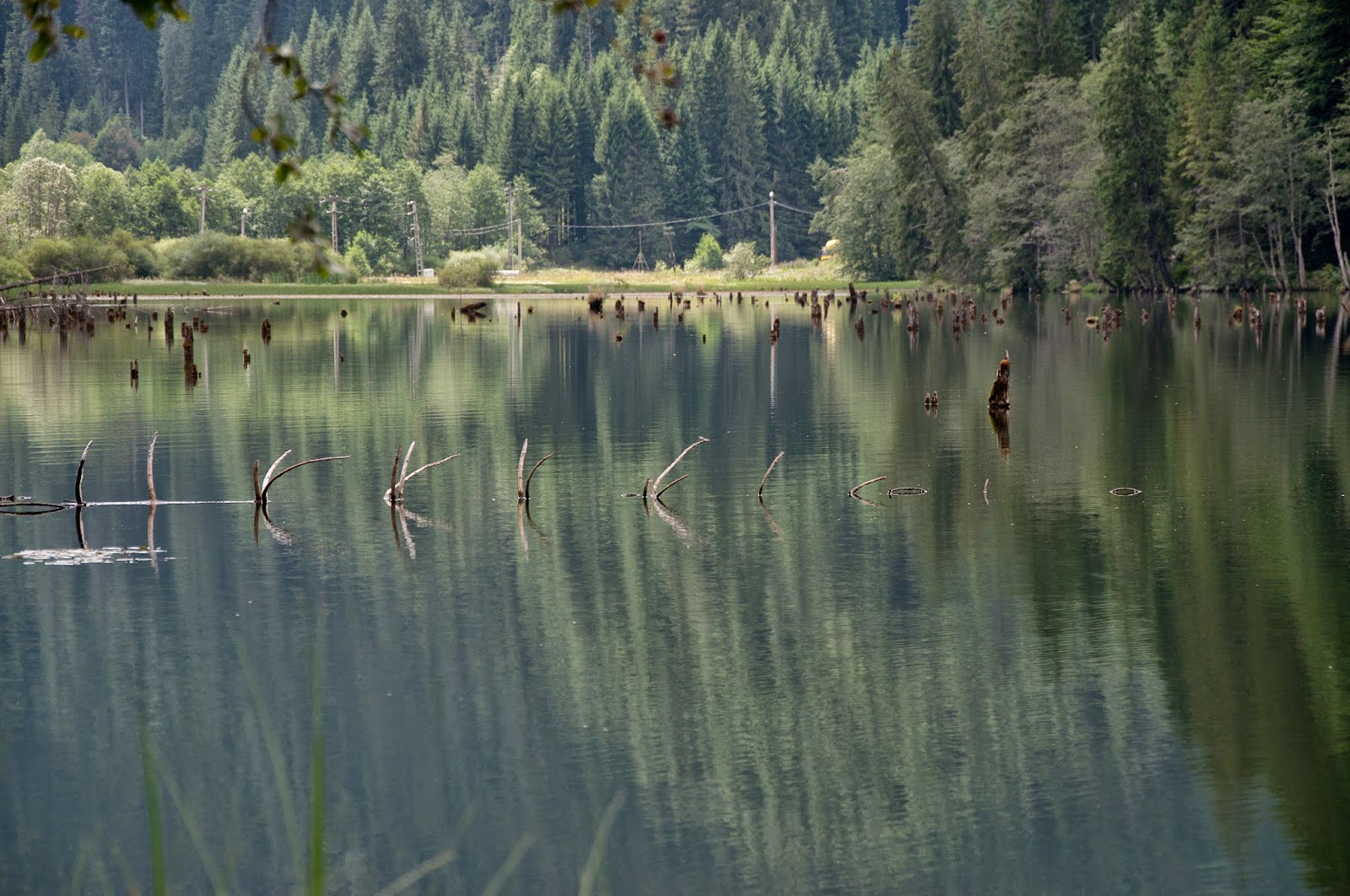 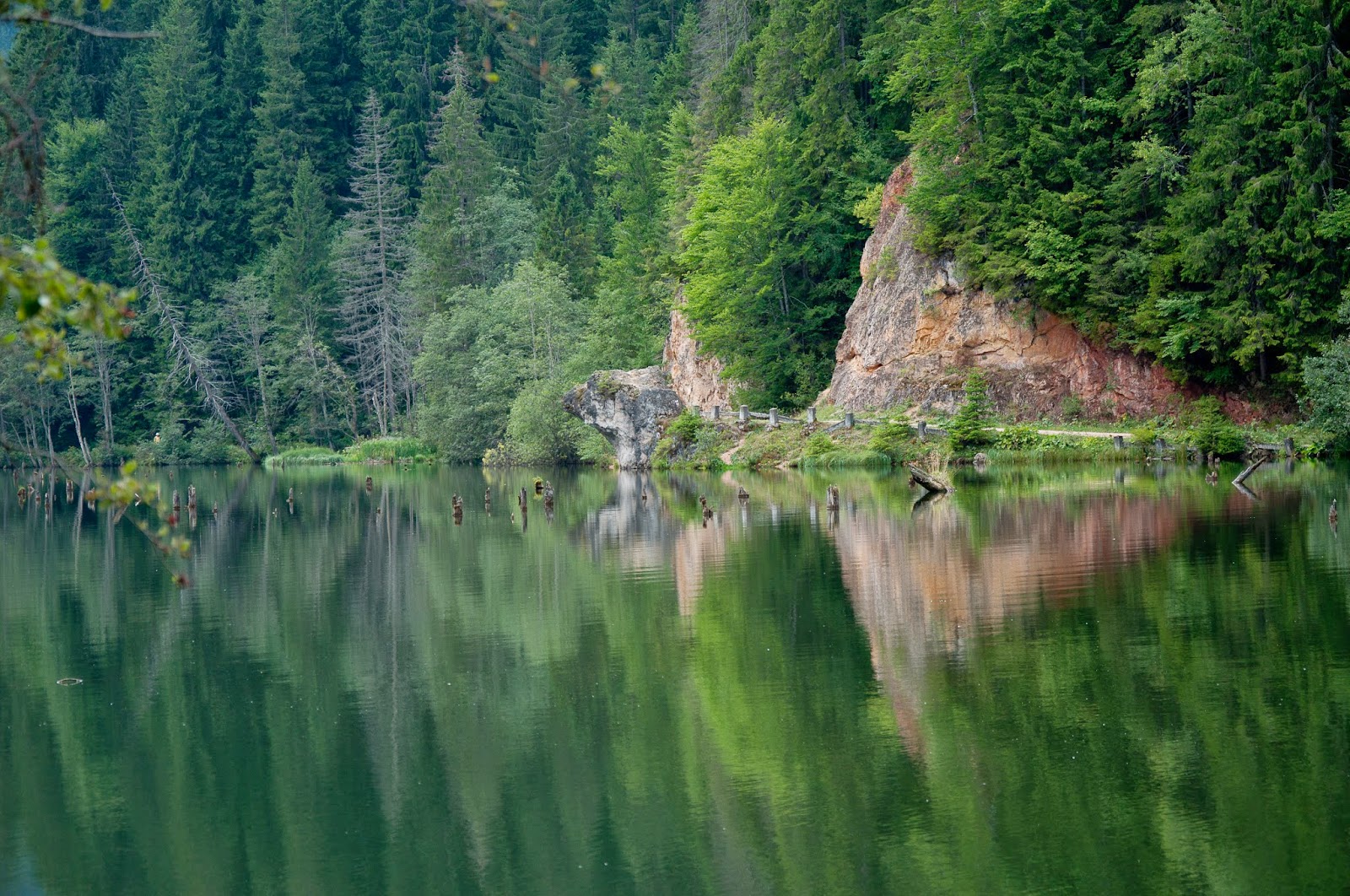 One thing you have to know about these mountains is that they are filled with shepherds and sheepfolds. And, of course, they come with dogs, many dogs. I personally didn't find any problem with that as the dogs turned out to be really nice but you might feel scared with their imposing presence as Romanian shepherd dogs are quite big (and beautiful and obedient). On the other hand, sheepfolds are good if you want to sleep somewhere for a night because the only places you can go to lodge is a cabin called The Lonely Stone (Piatra Singuratica) near the peak with the same name and a small refuge in the Poiana Alba (the White Clearing). 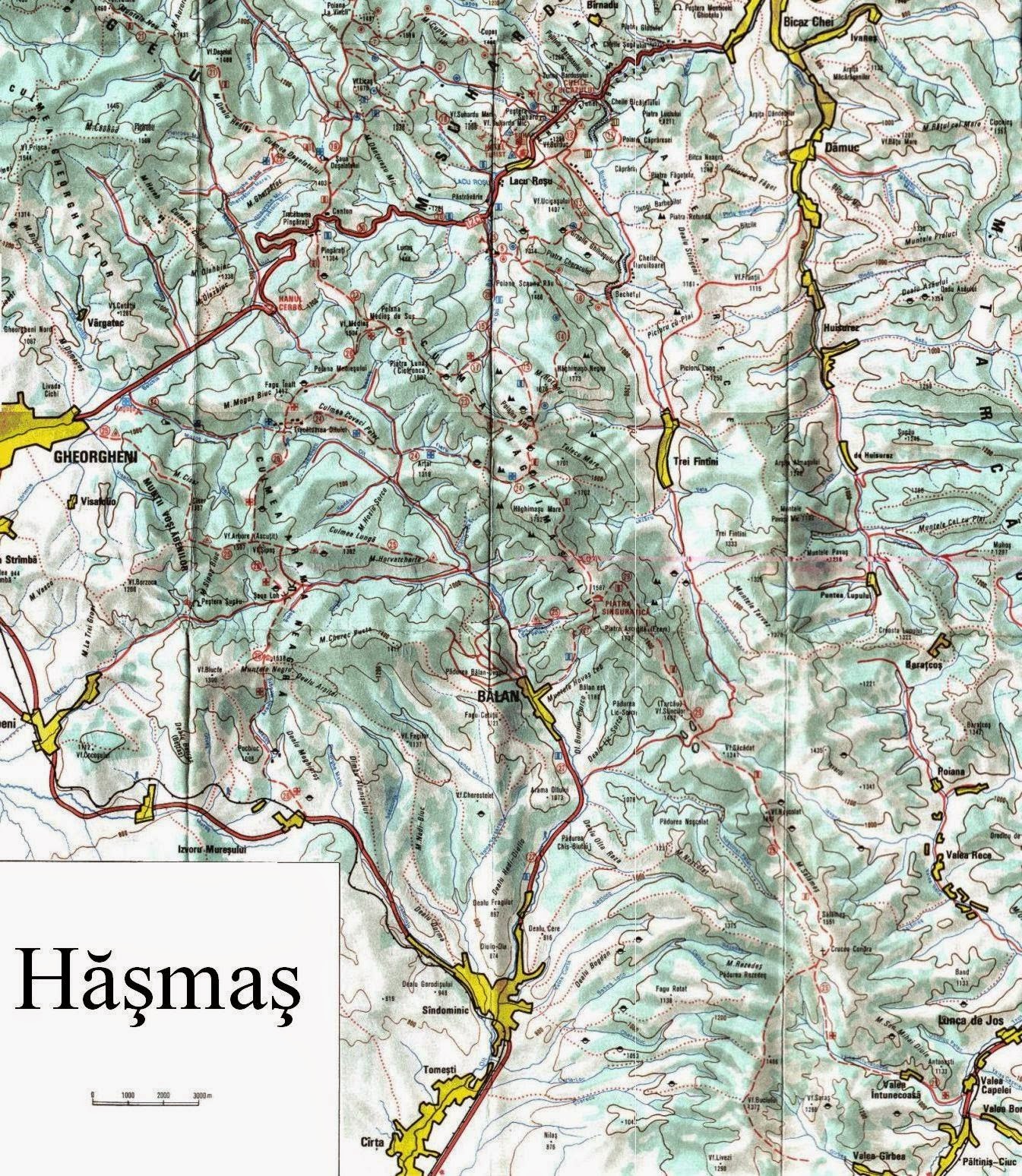 Distances here aren't big and they are quite easy to walk as this beautiful place, once you are up there, it's like a huge plain with fabulous cliffs on the side, as if it's a huge plateau that failed to fall with the rest of the earth and decided to stay on top of the world for you to walk on it and admire the horizons. 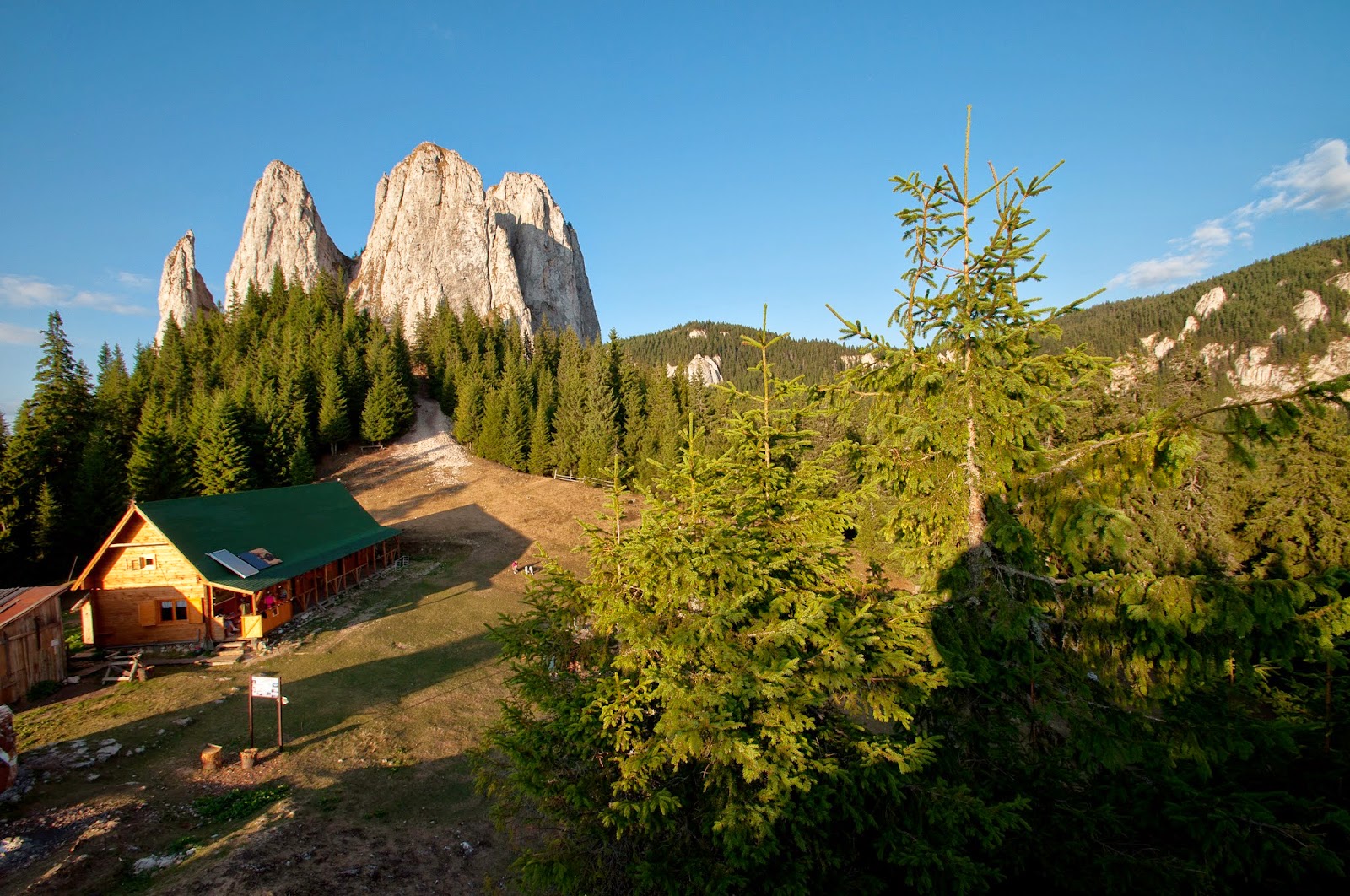 The ascent from Balan to Piatra Singuratica takes around 2 hours. It is quite steep in the beginning and that may put your morale down a bit, but you walk through the forest and it will be refreshing enough.

At Piatra Singuratica lodge you can sleep for few money but there is no food, only a couple of beverages and a spring. No running water and no shower. :) It's old-fashioned but very very comfortable. However, if you call before to reserve a spot at the lodge, and if in a big group, food can be arranged if you ask for that when calling.

From the lodge you can climb up on top of Piatra Singuratica, that takes around 30-40min, depends on your speed. 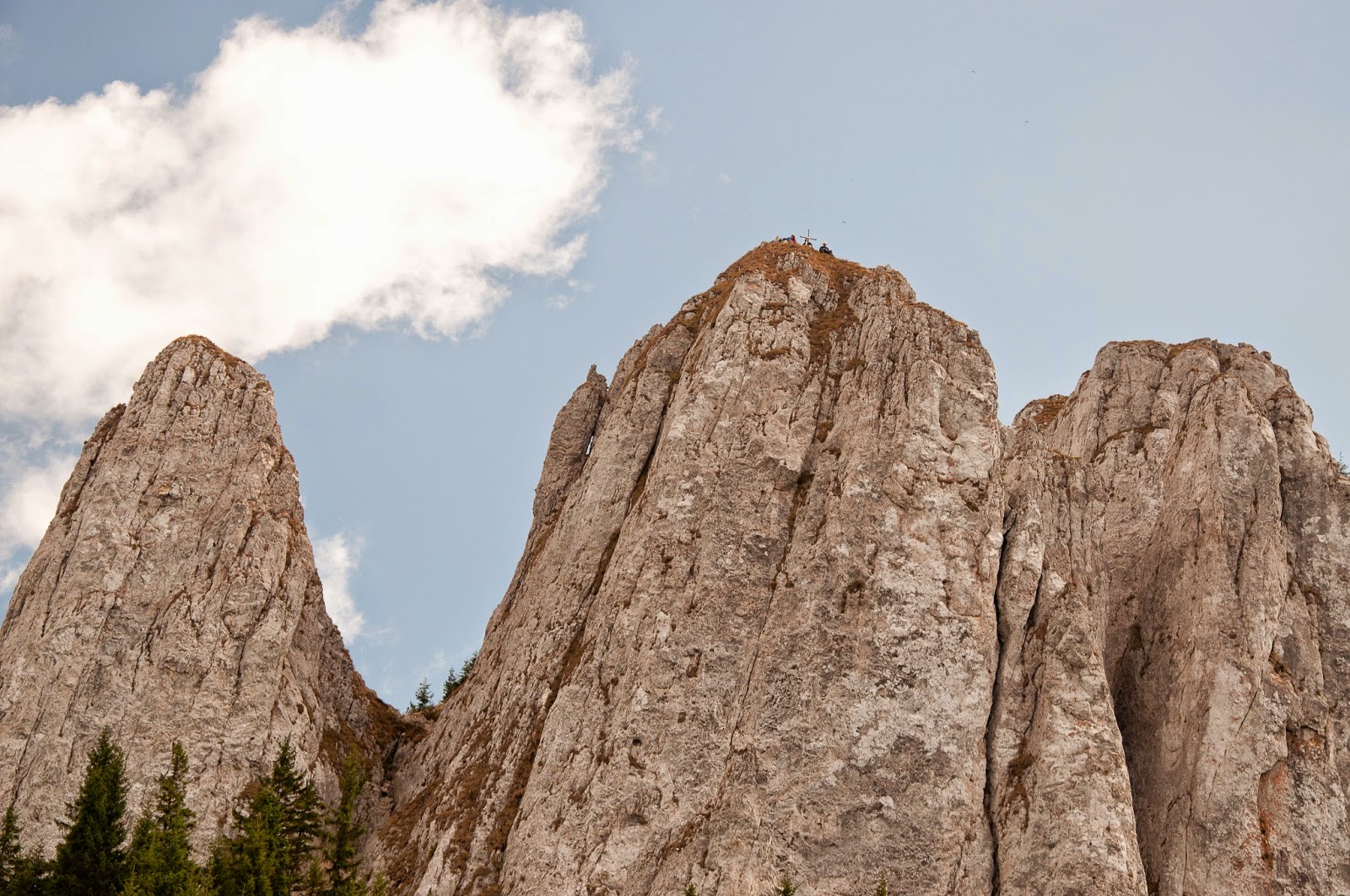 From the Piatra Singuratica lodge to the Poiana Alba (by the Hasmas peak) - 3hours 30minutes. 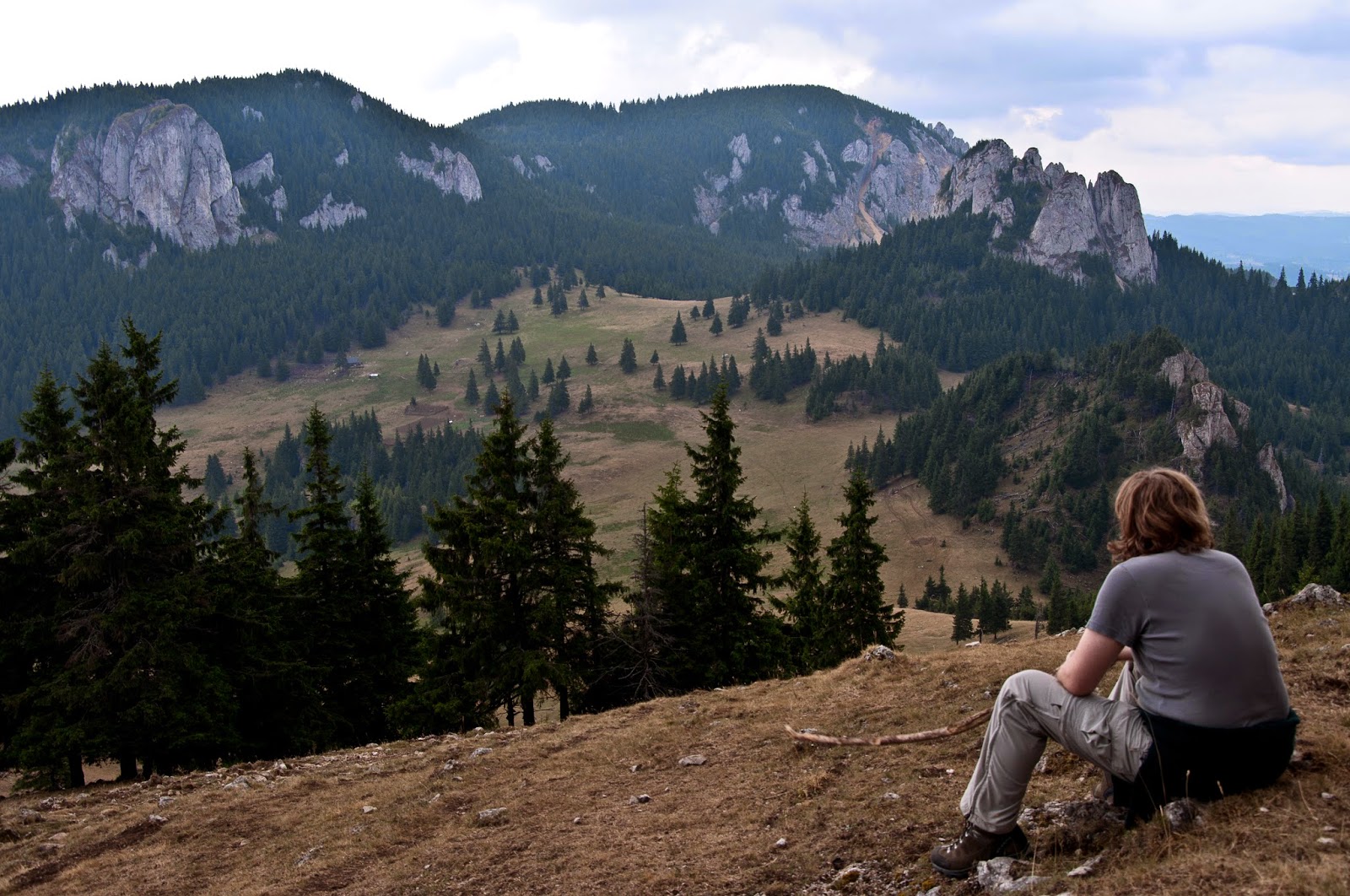 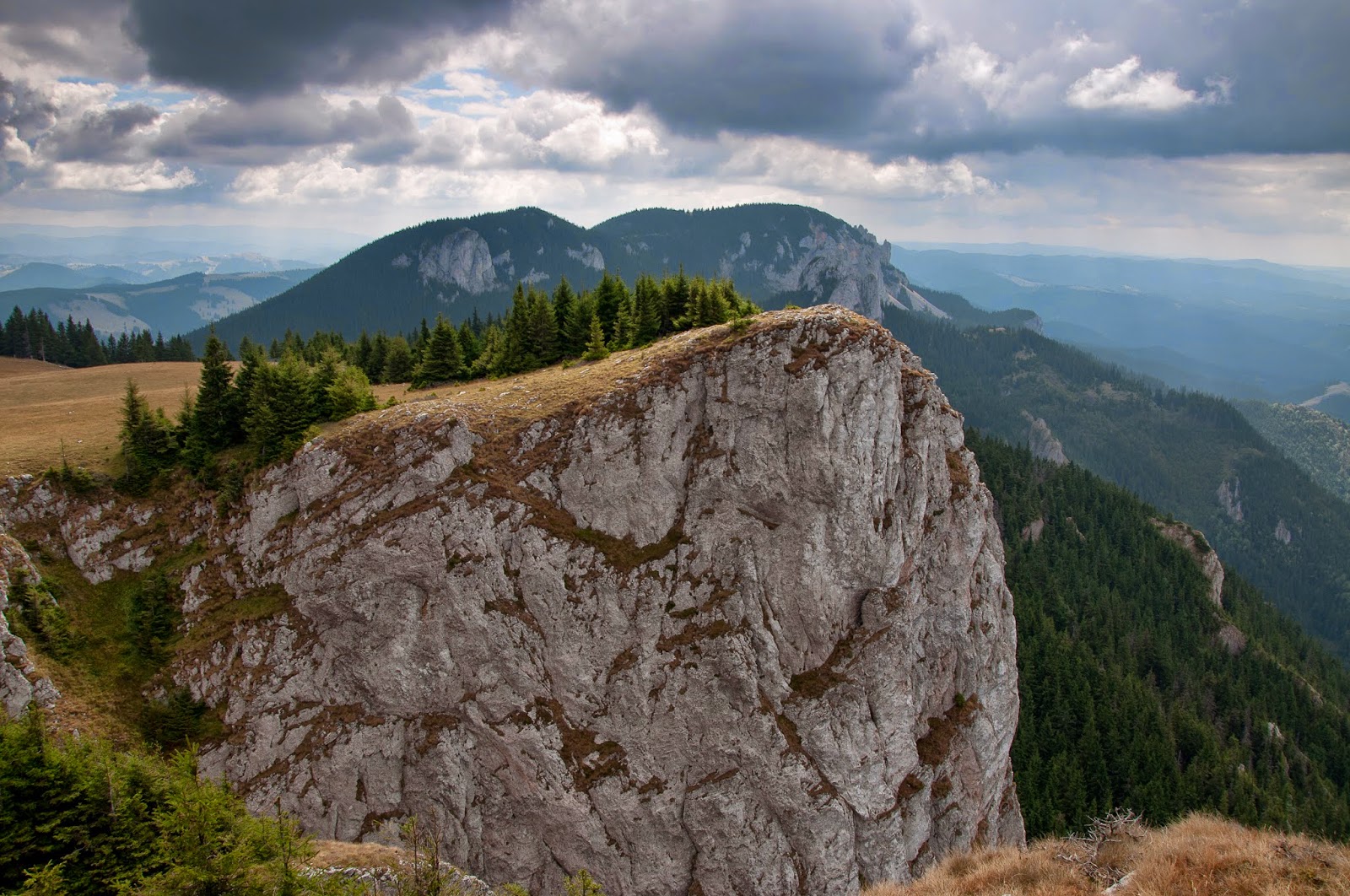 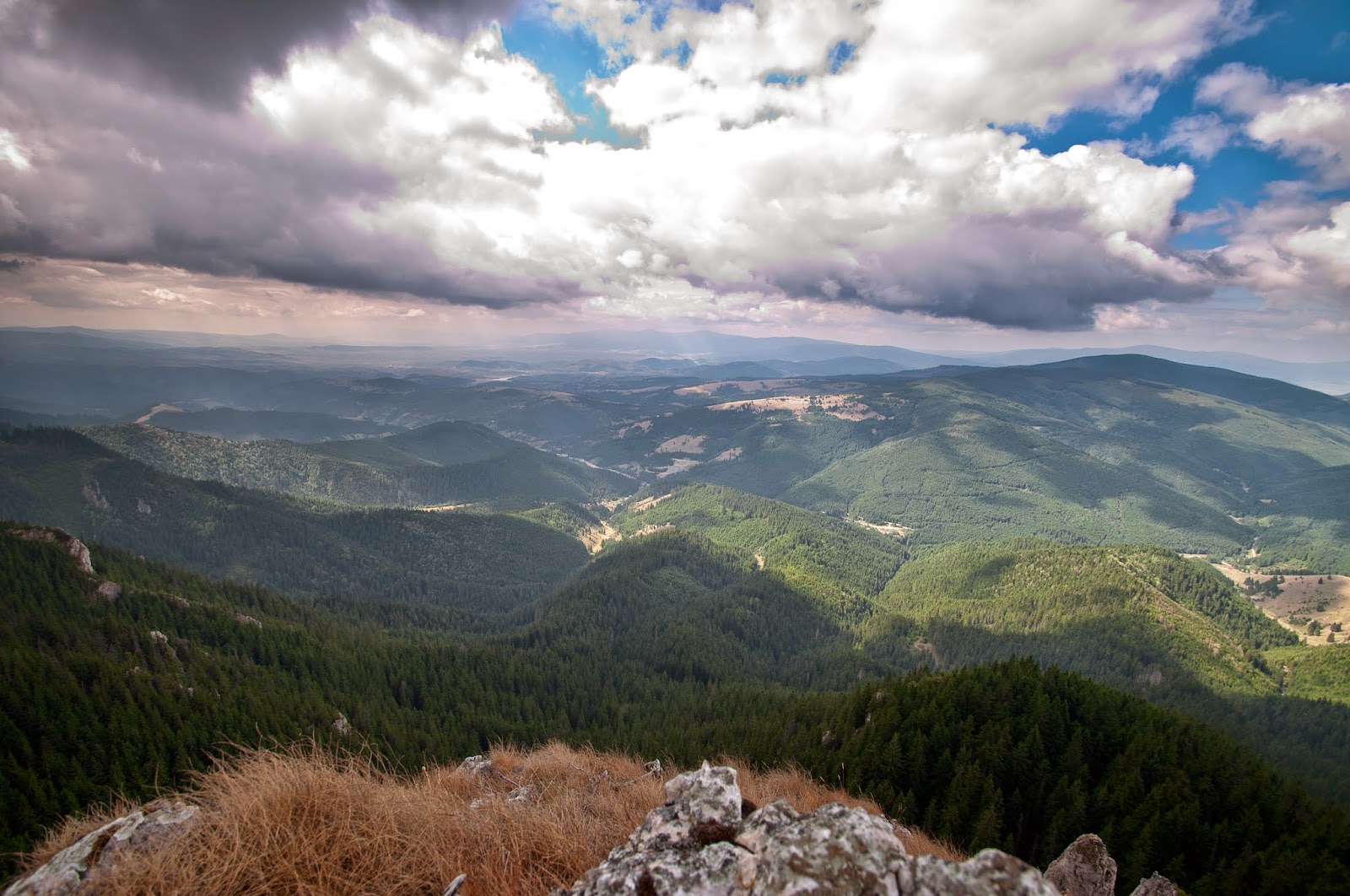 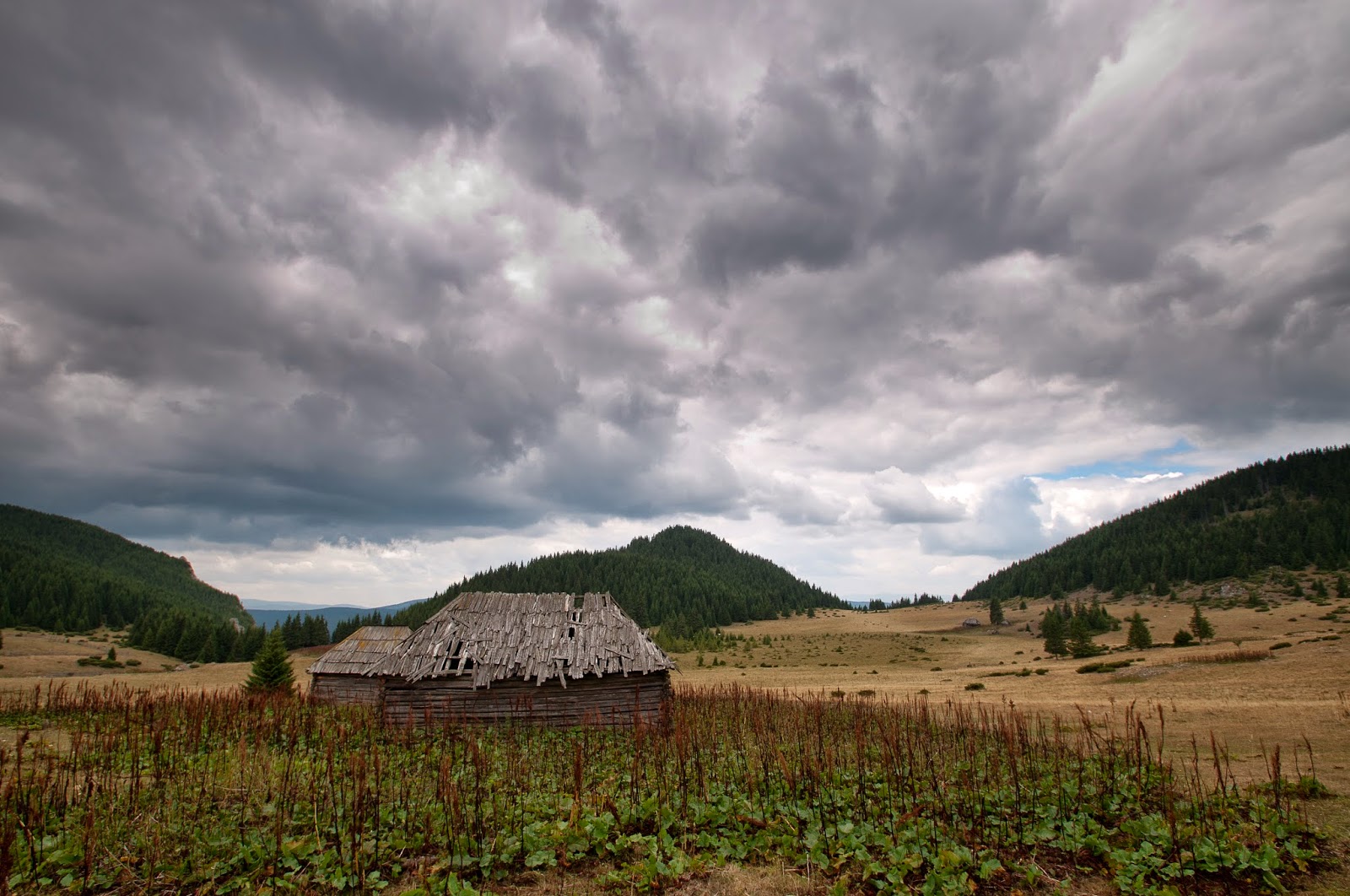 above: sheepfolds from the Poiana Alba - quite many of them, abandoned 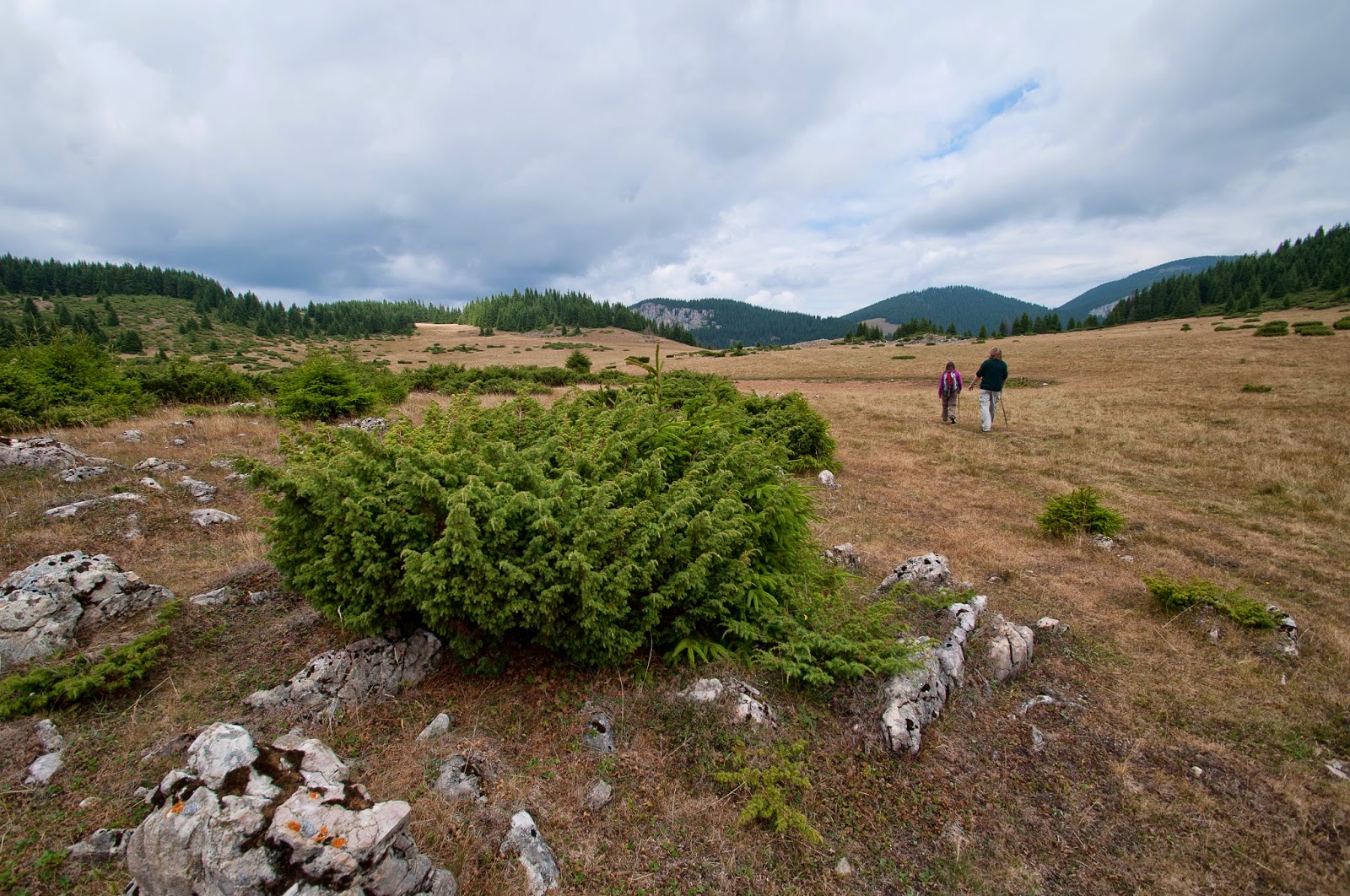 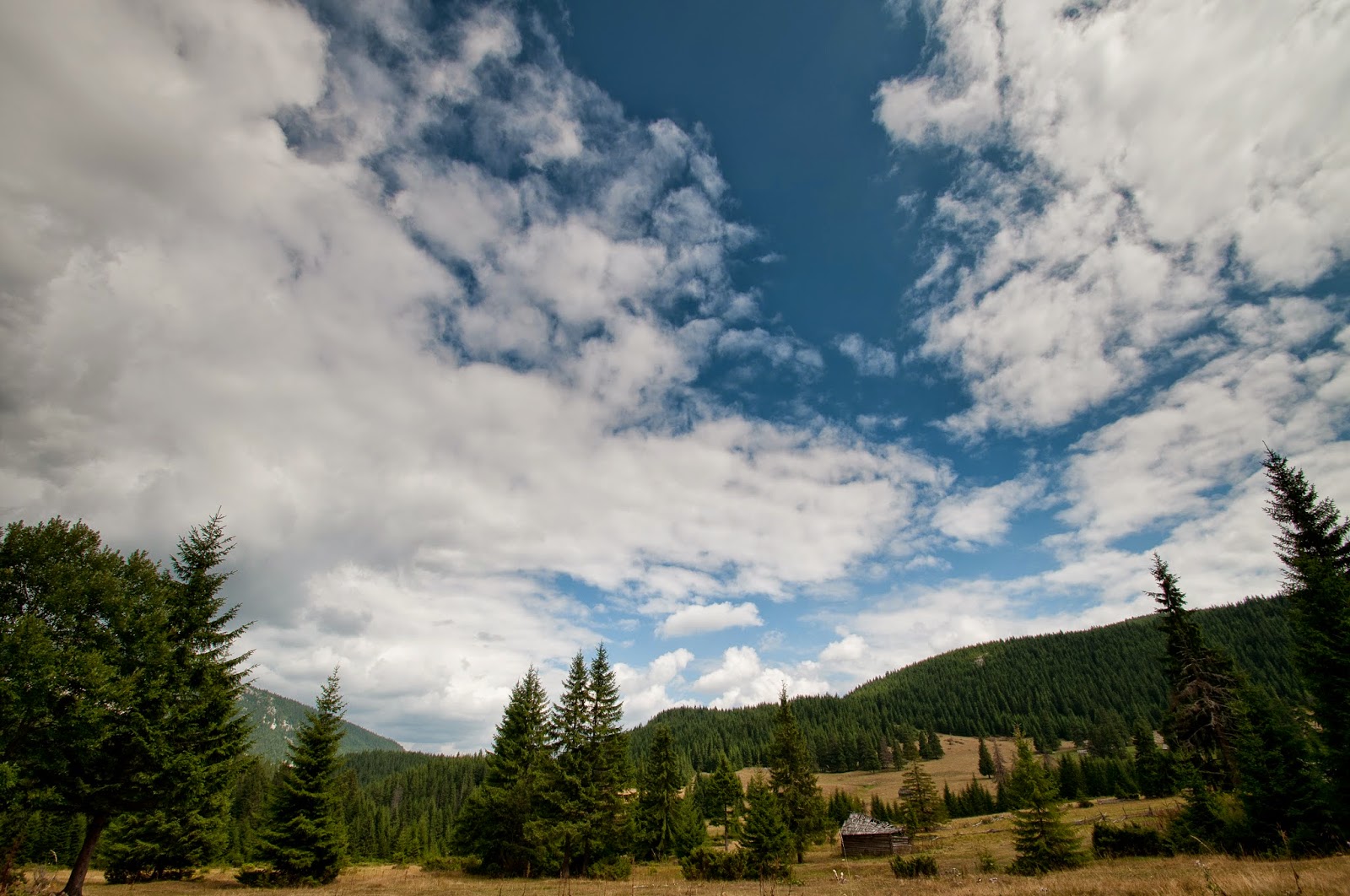 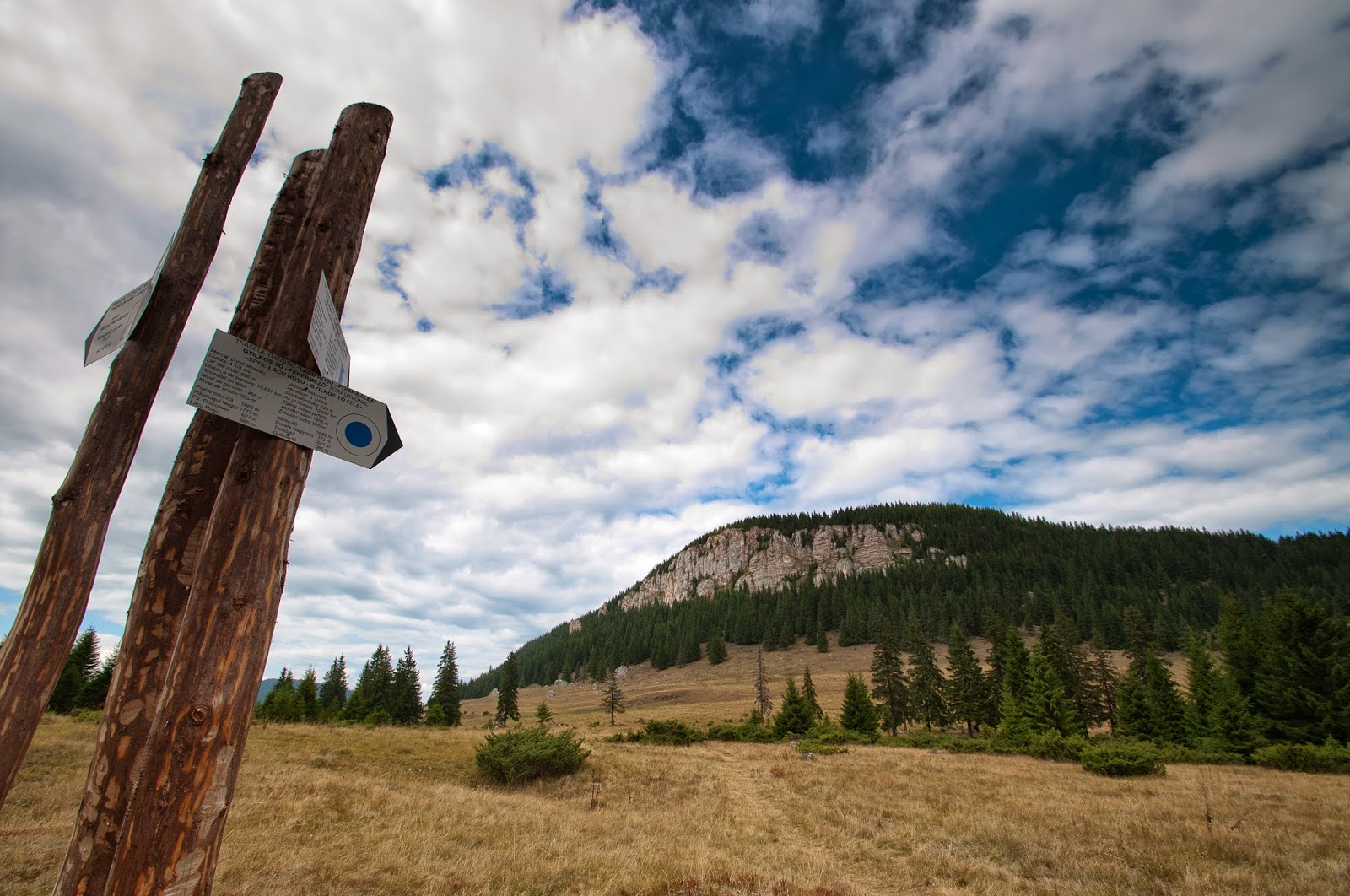 in the image above: markings near the refuge in the Poiana Alba,
the mountain in the back is the Black Hasmas (Hagimasu Negru)

From the Piatra Singuratica to the Ecsem peak - 1hour 20min. 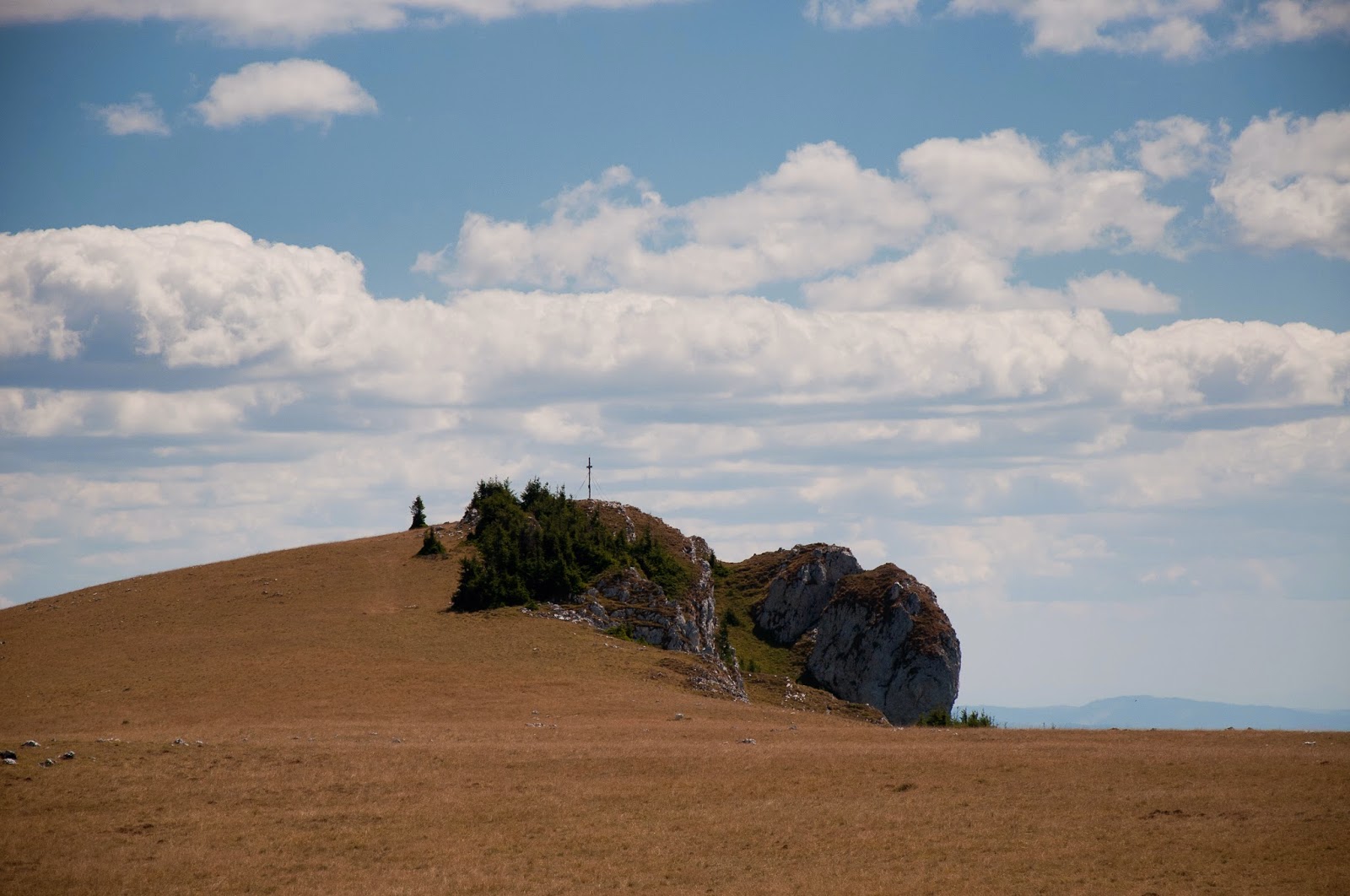 above and below: Ecsem Peak 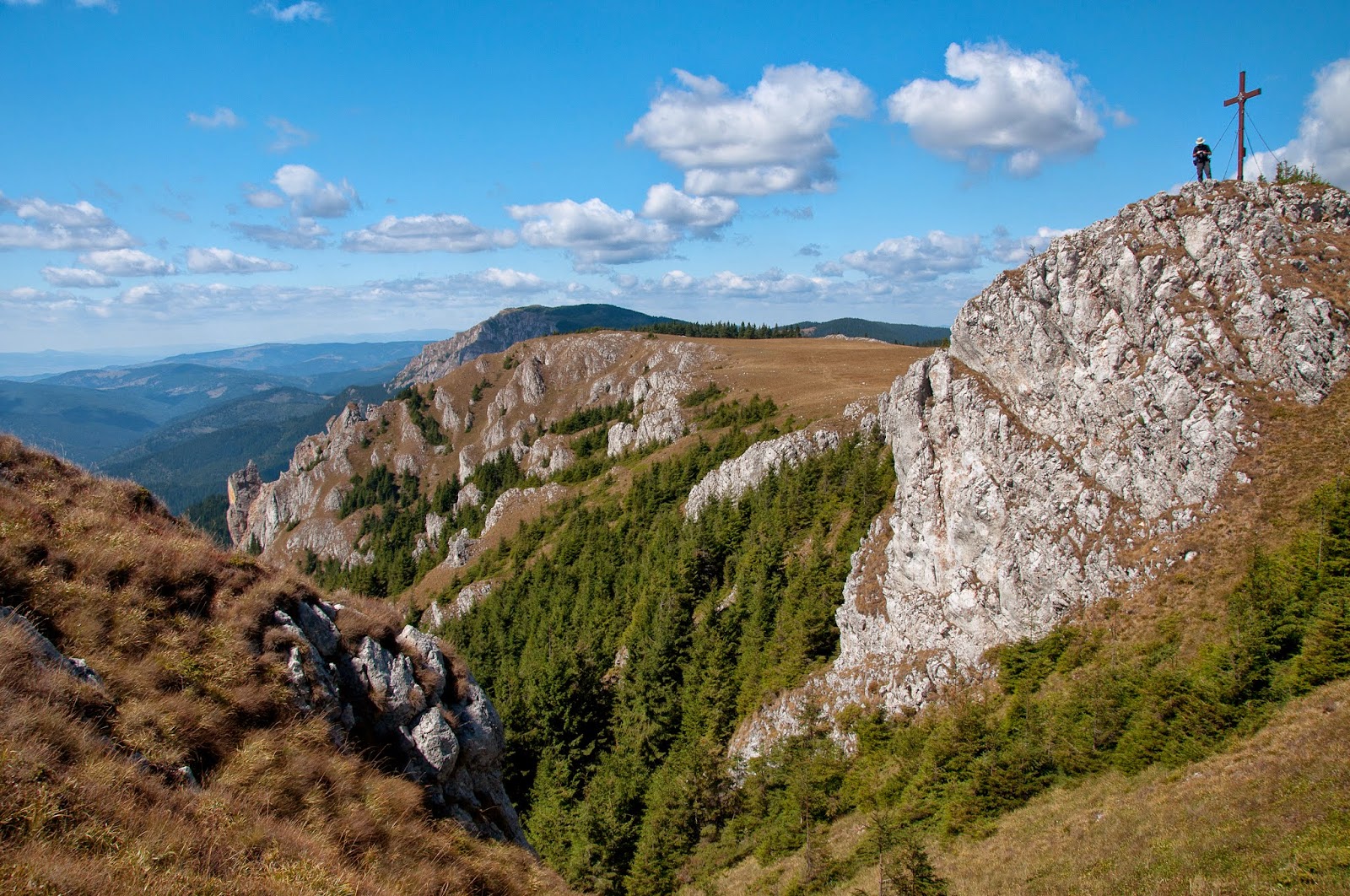 From the Piatra Singuratica lodge going down towards Balan a little, there-s a path to the Look out point(La Pândă) this is a great Bellevue spot, the path is signaled with quite clear markings. It takes around 1hour 30min to get there, totally worth the view (images below). 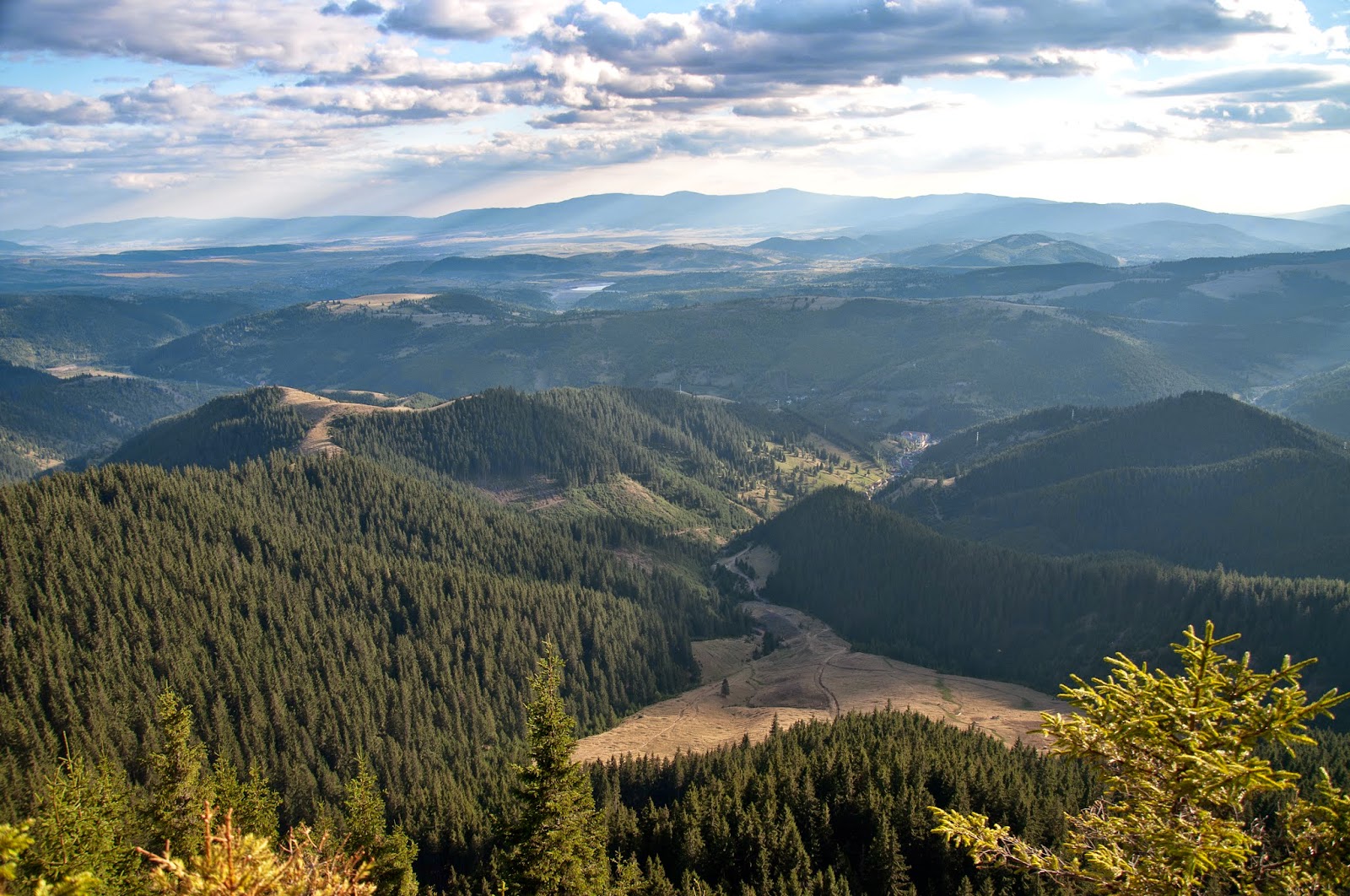 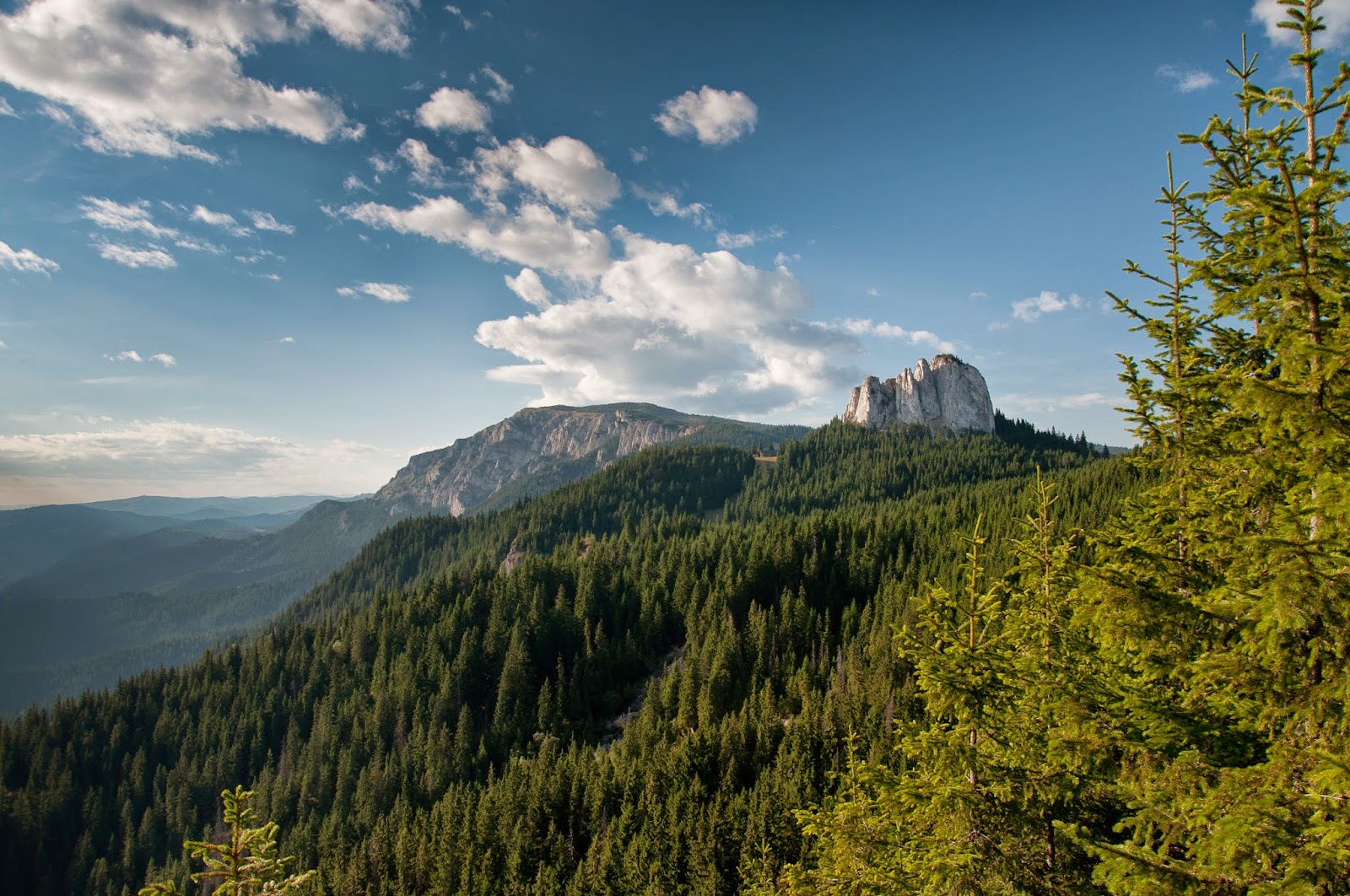 In conclusion of the article, something I hope you do normally as a great tourist as you are, but after seeing tourists that aren't aware of this, I have to say it: Whatever garbage you bring up the mountain and create there, take it back with you as the mountain doesn't clean itself! ;) Thank you for understanding! I hope we'll meet up a mountain someday!