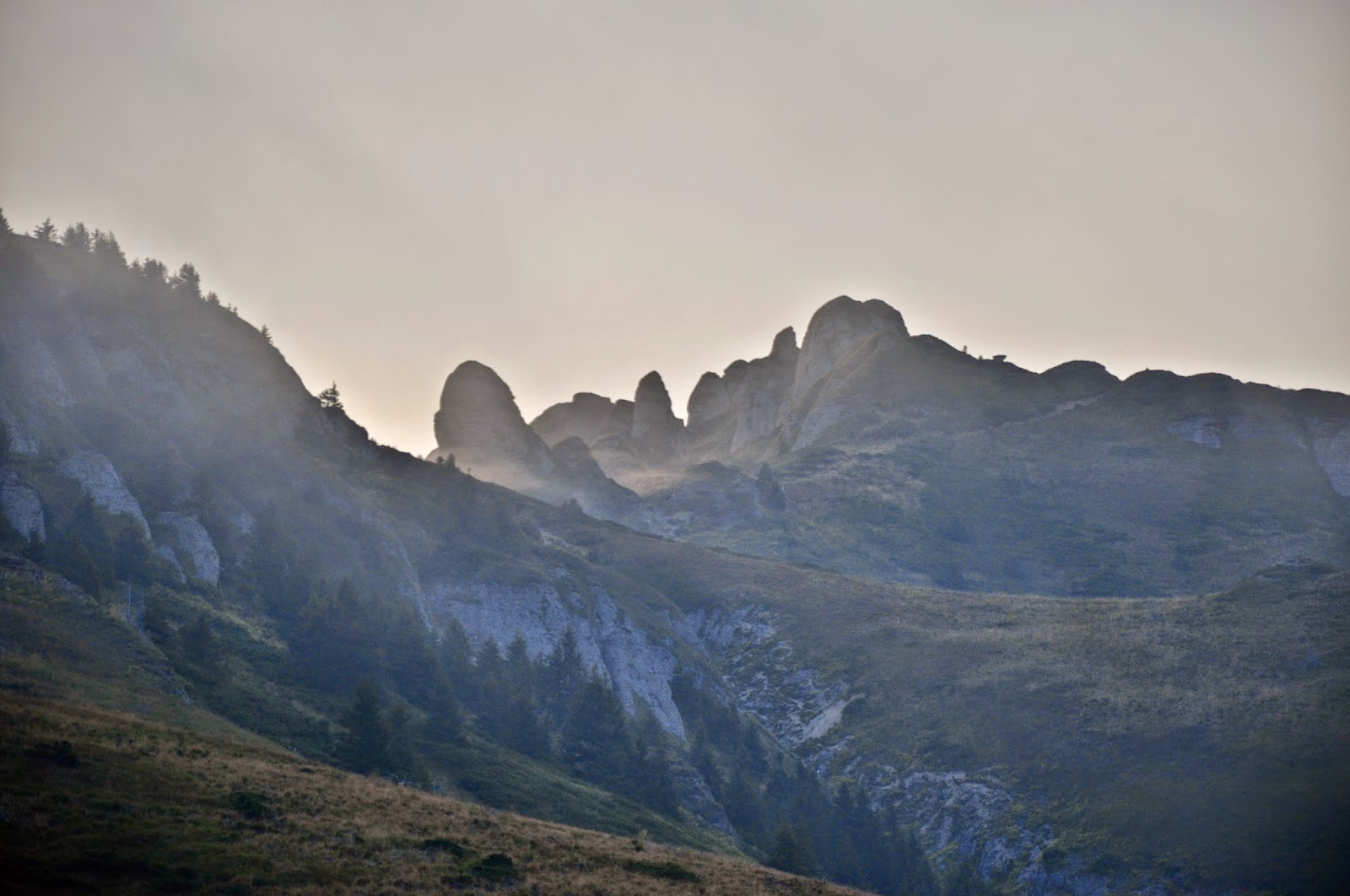 These mountains who's name is famous for the beer brand Ciucas produced here, they are, according to me, a photo-heaven. Why? There is not a chance that you walk 10minutes without wanting to photograph something. The view is amazing, the rocky formations are so bizzare and so attractive that you can't quite get your eyes filled with them, actually, you can't decide what to admire, the rocks, the valley, the horizon, the light, the shadows? What?

This article is meant to be some sort of a guide but also a travel-photo-log.
I will tell you the paths I took while in the Ciucas Mountains, the approximate length of each one and which ones I consider are worth walking. Also, where I found some problems in the path signaling or in finding the path.


First of all, how do you get to Ciucas? Well, the main access is from the village Cheia on the road DN1A going from Brasov to Ploiesti, careful now, this Cheia is situated in Prahova county, there is another Cheia on DN1 in Brasov county, try not to mix them up as you won't get to the right place and some angry moments will occur.  :)
You can leave your car near the Juice factory in the highest point of the serpentine, on the map below you will find it in the third section from left to right in the lower half. This is the access I recommend as from the Ciucas Cabin you are close to all directions and trails in Ciucas.
You can also access up to the Muntele Rosu Cabin on another road, or from Poiana Valea Stanei. The accesses from the north side of the mountain aren't well signaled so, I wouldn't recommend it, the only one I know is sure is from Vama Buzaului on the red cross marking, on the map below: the trail from Plaiul Domnesc and also the one from Mount Tesla.

First of all, there are not many places where you can find water up there, so, take enough water with you for the entire day or you might run out. You can find water at the Ciucas Cabin and at the Saint John spring on the way to Ciucas Cabin (and peak), at Muntele Rosu (Red Mountain) Cabin, also in the Poiana Valea Stanei - clearing, other than that, there is one more spring in the clearing near Curmatura Stanei on the north side of the mountain.
Here is a map of the area that might be more useful to understand the place and what is in the pictures. 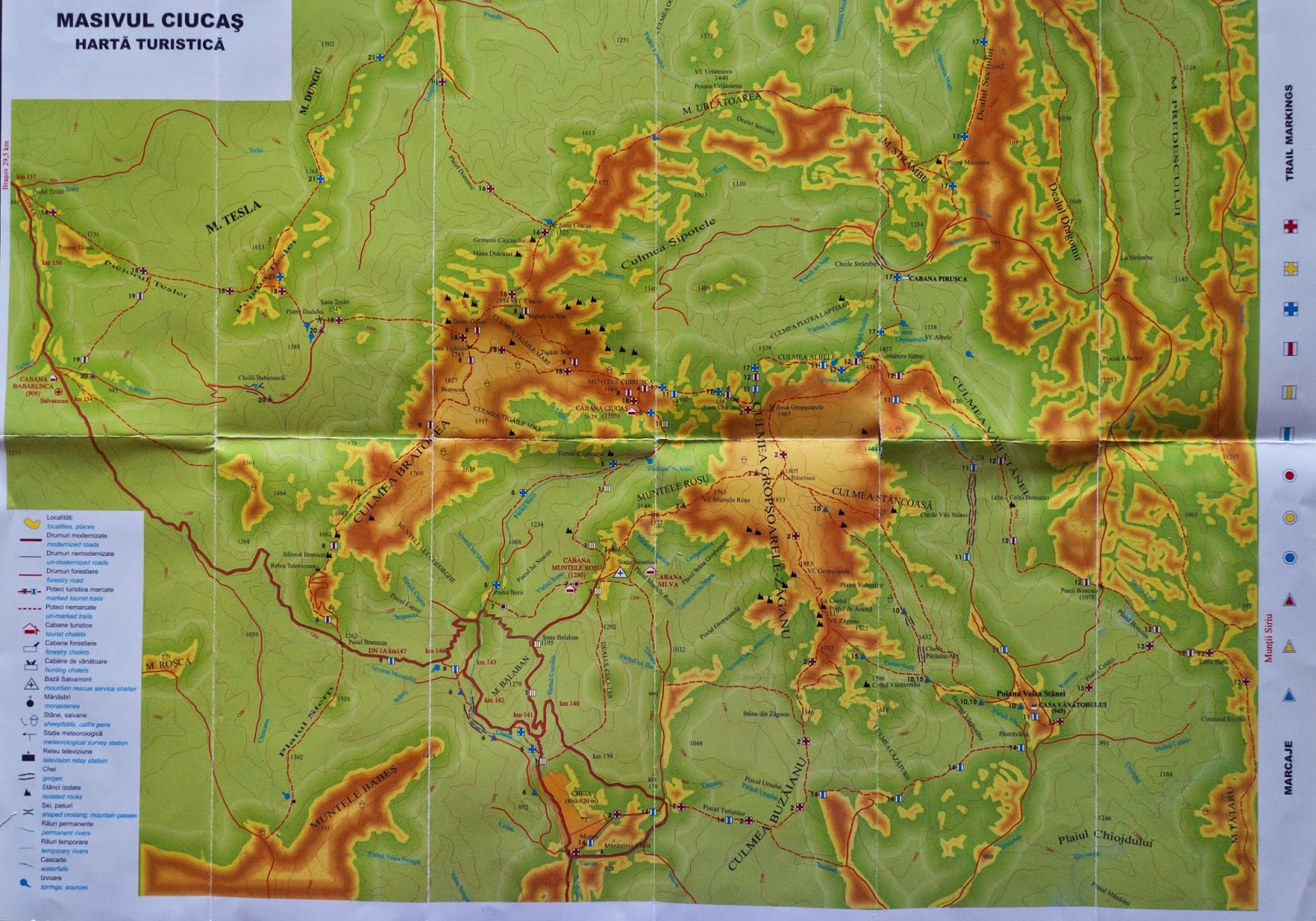 There is no camping allowed in Ciucas, unfortunately, except for the Poiana Valea Stanei at the base, but there were some lonely campers that set the tent for the night and early morning they were gone on the road again. But you should take care, there are still bears around, wouldn't want to be in their way.
So, from the juice fabric in valea Berii up to Ciucas Cabin you make around 3 hours by foot. 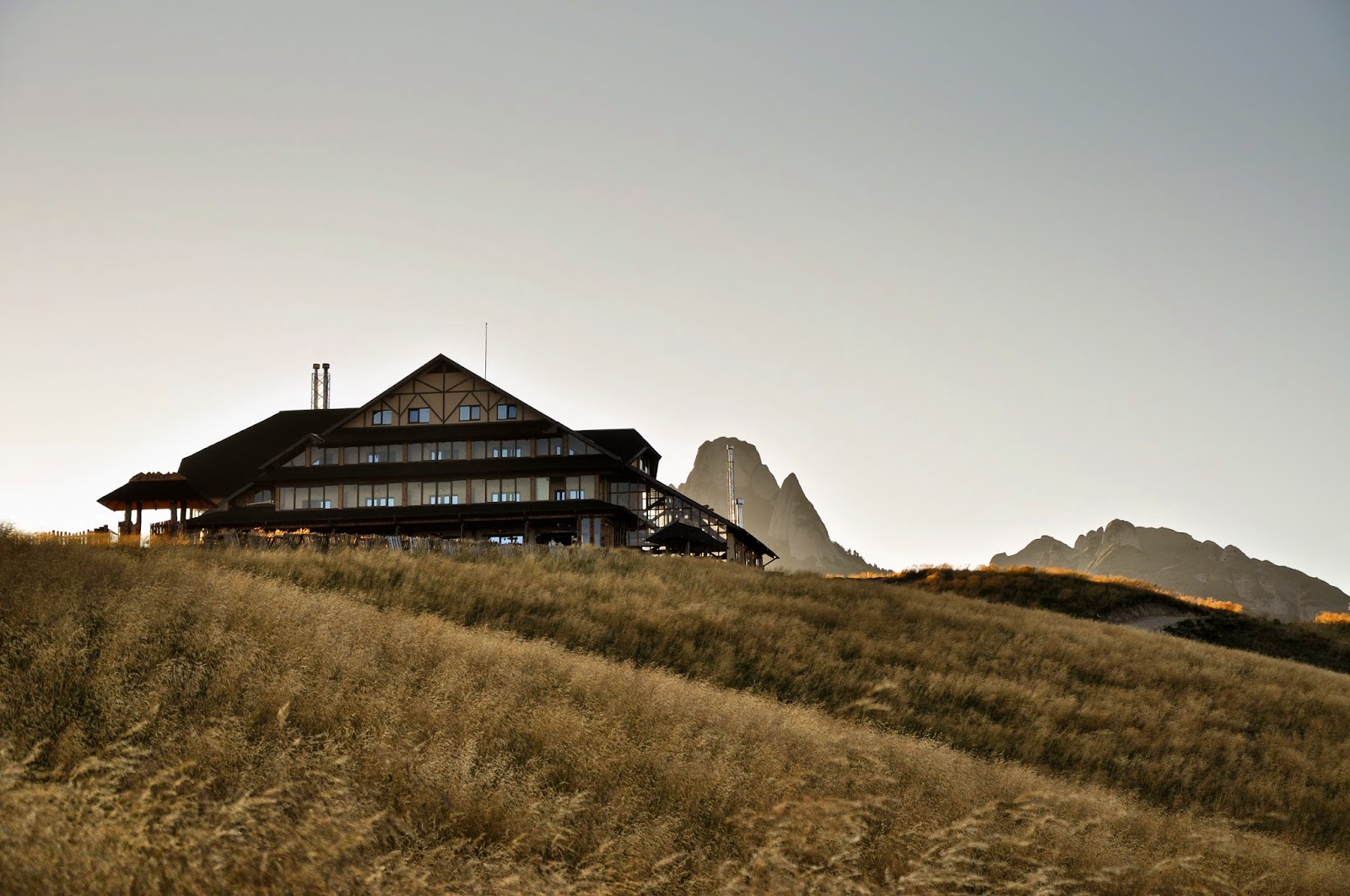 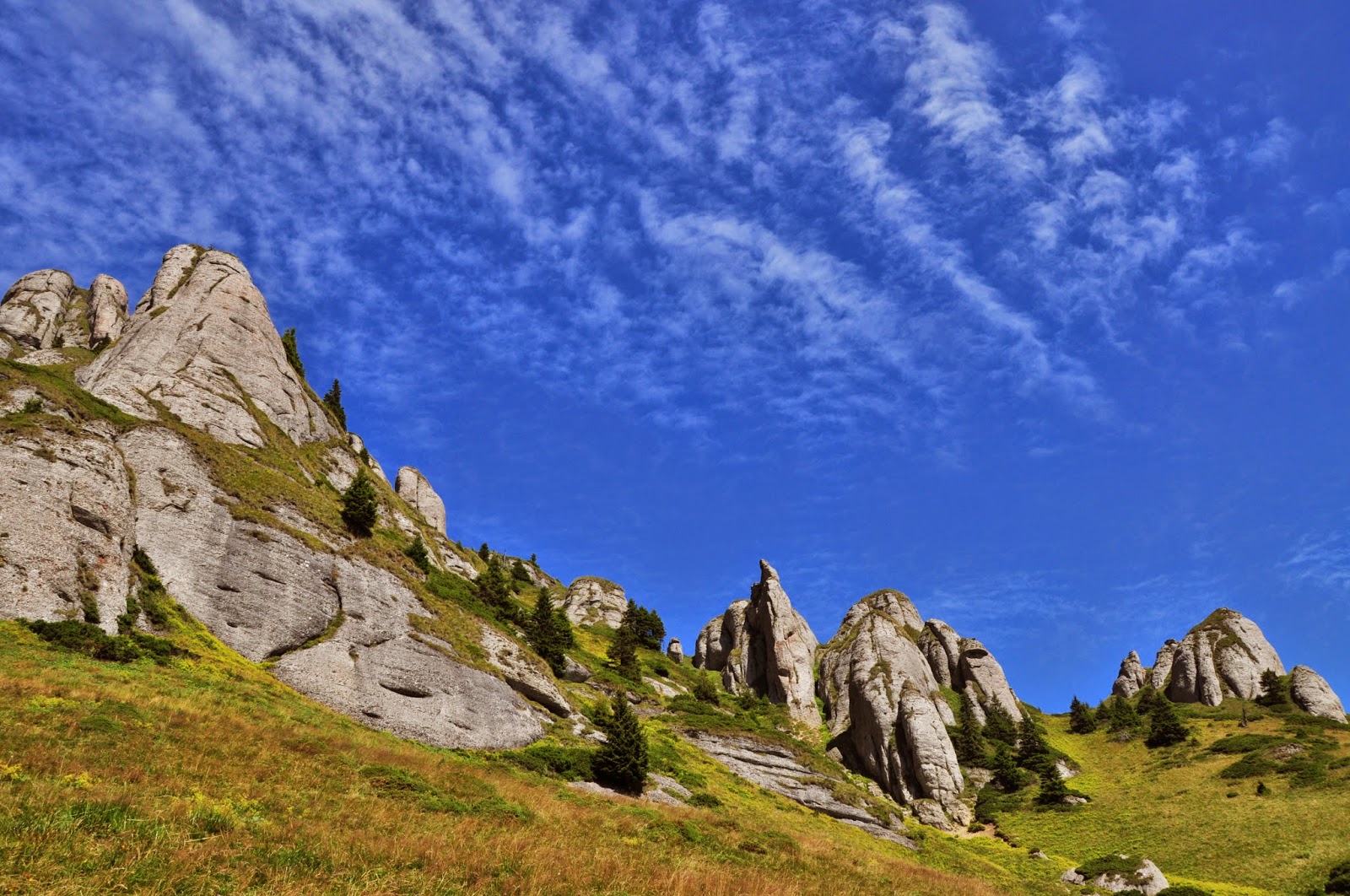 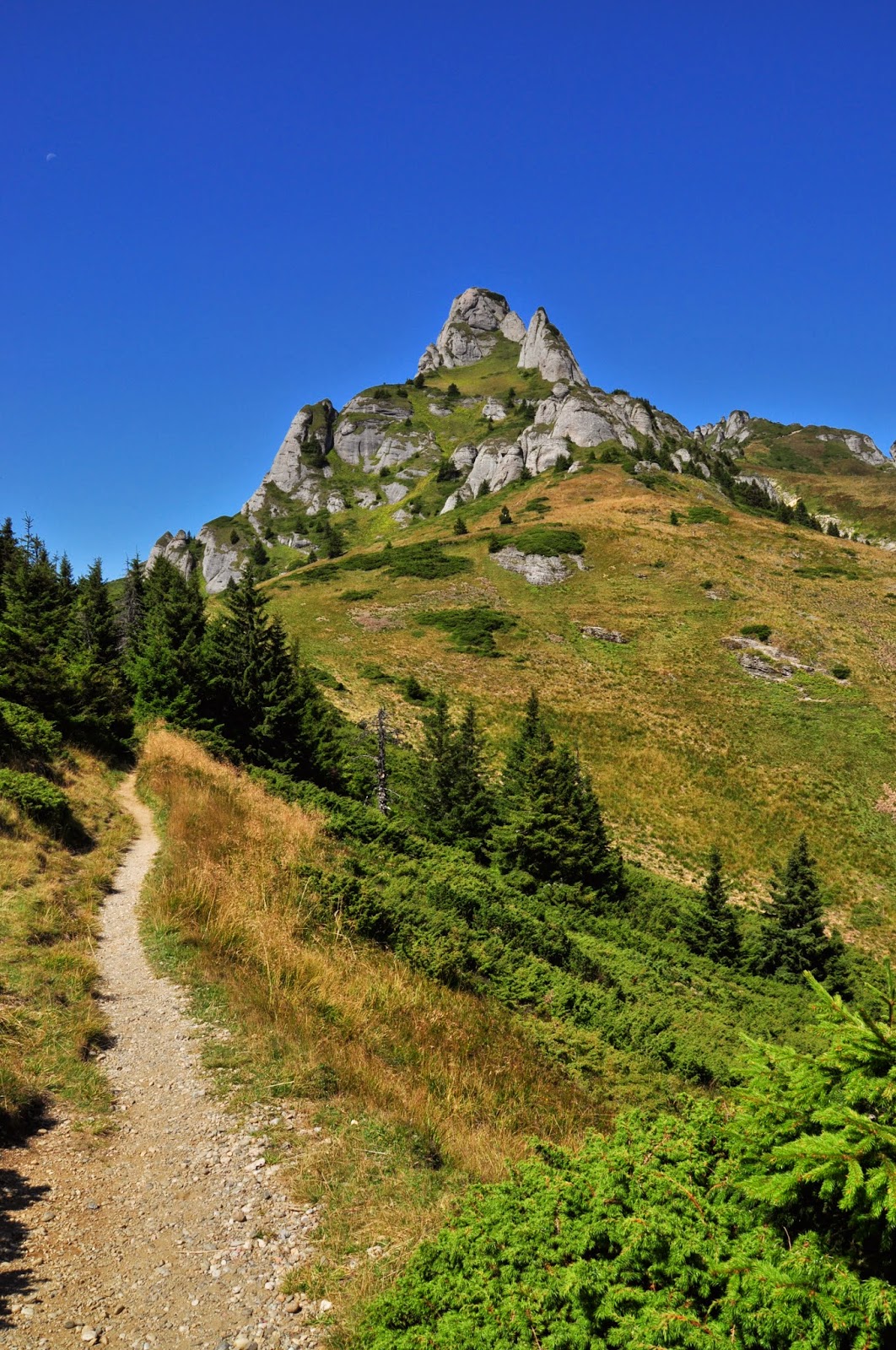 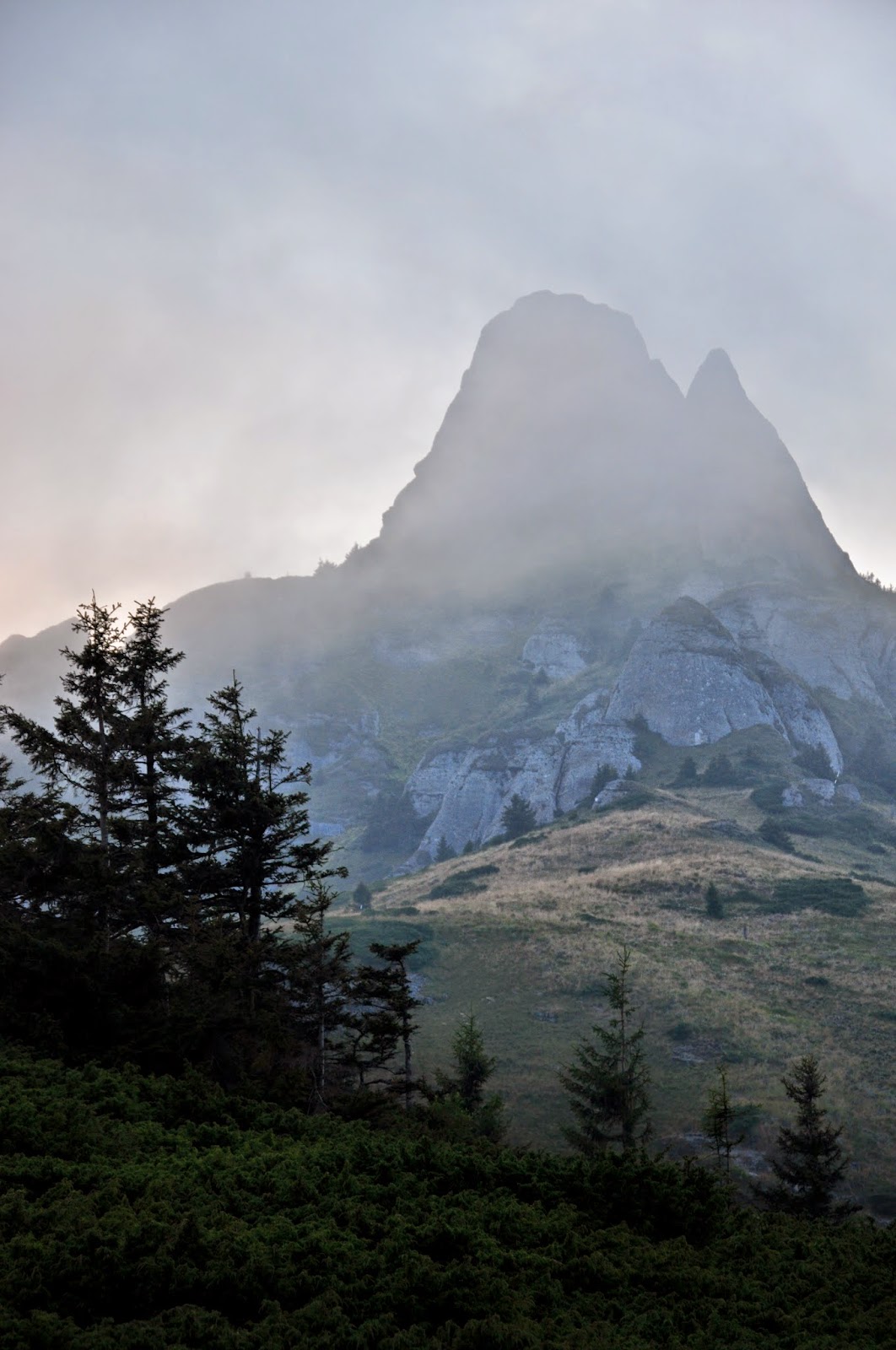 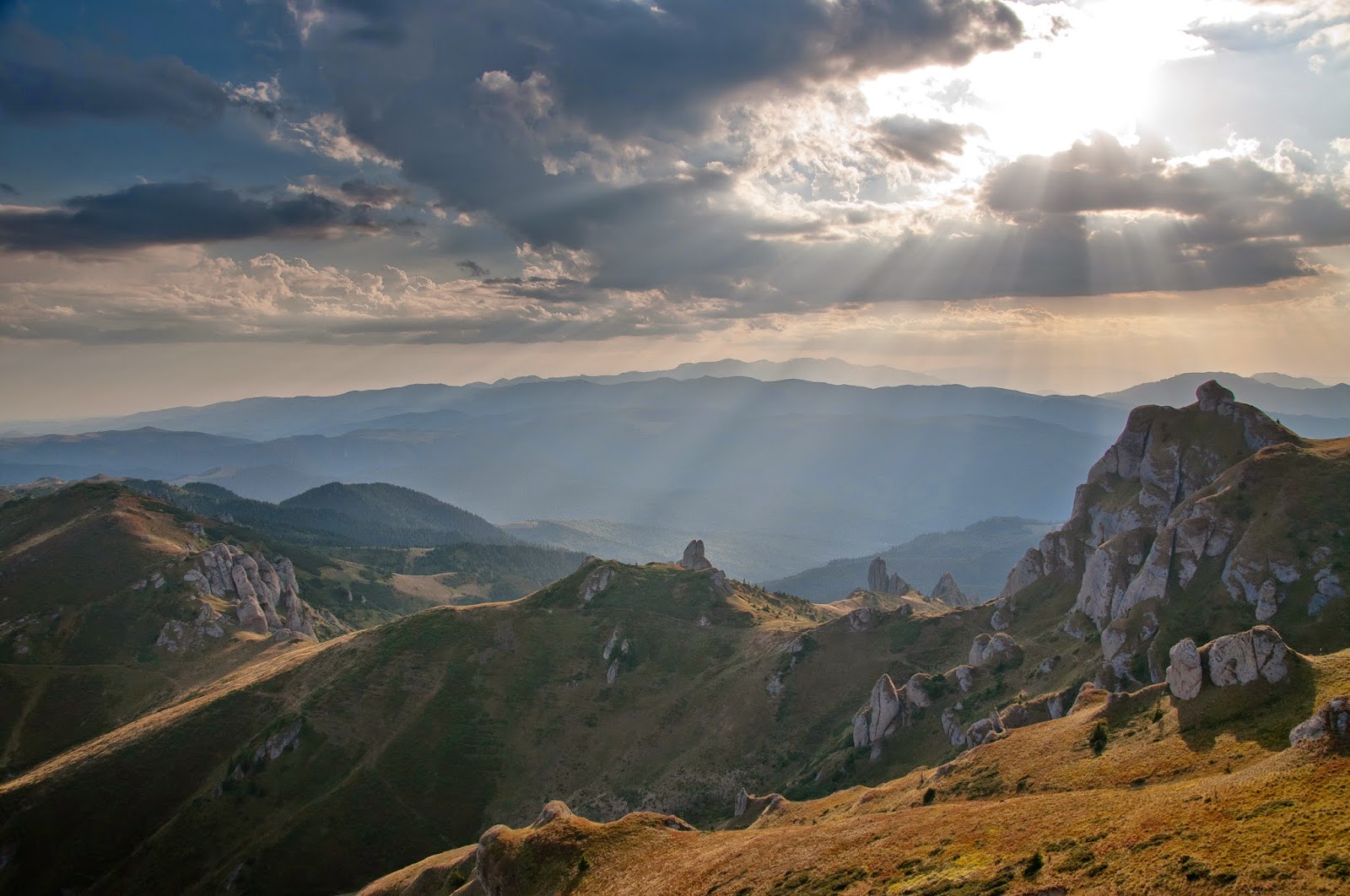 If you make the circuit from the Ciucas Cabin to Ciucas peak, around the Tigaile Mari Crest, that will take 3h - 3h30min. This is a must do circuit and it is the only most traveled path in Ciucas. 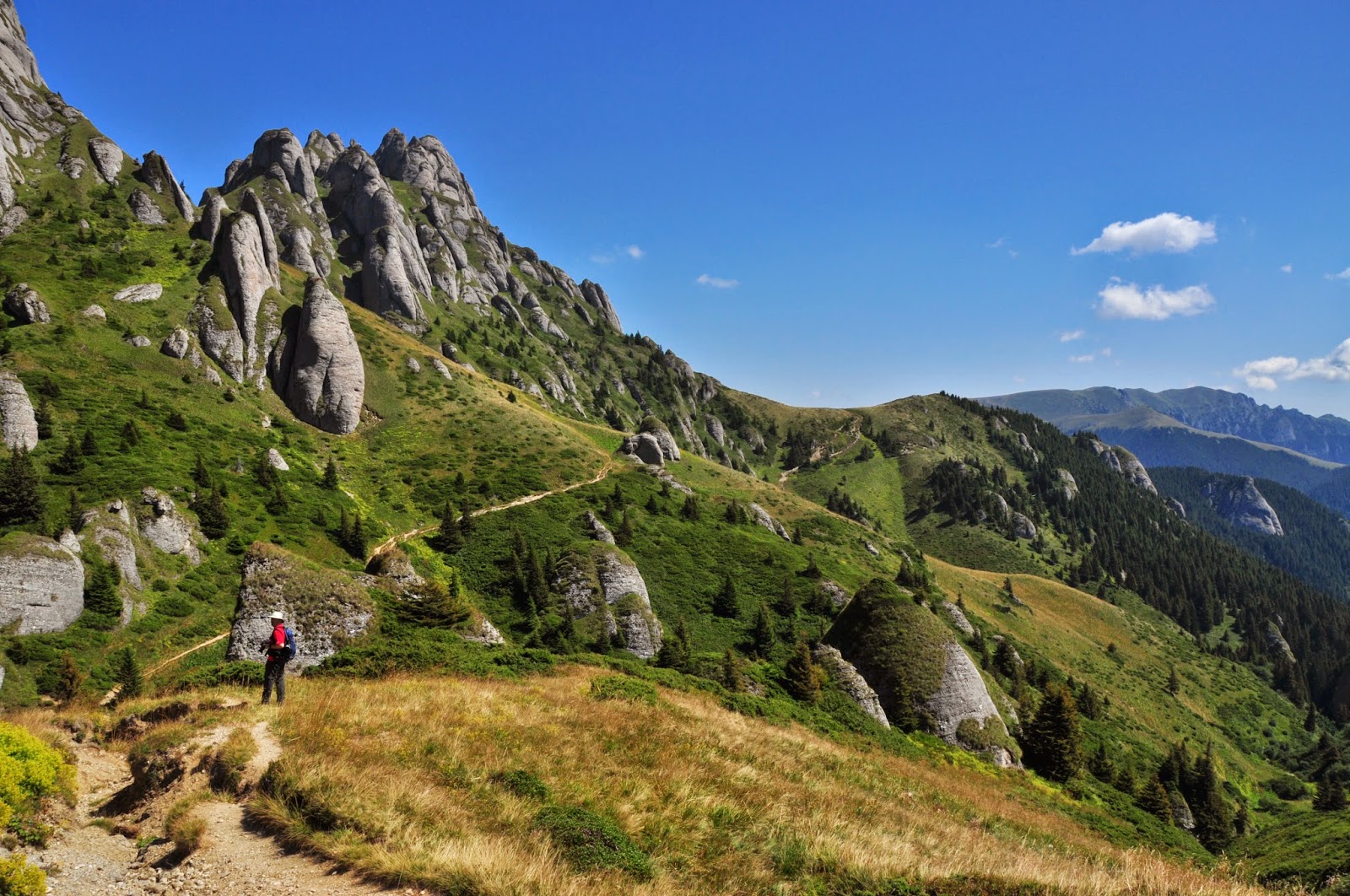 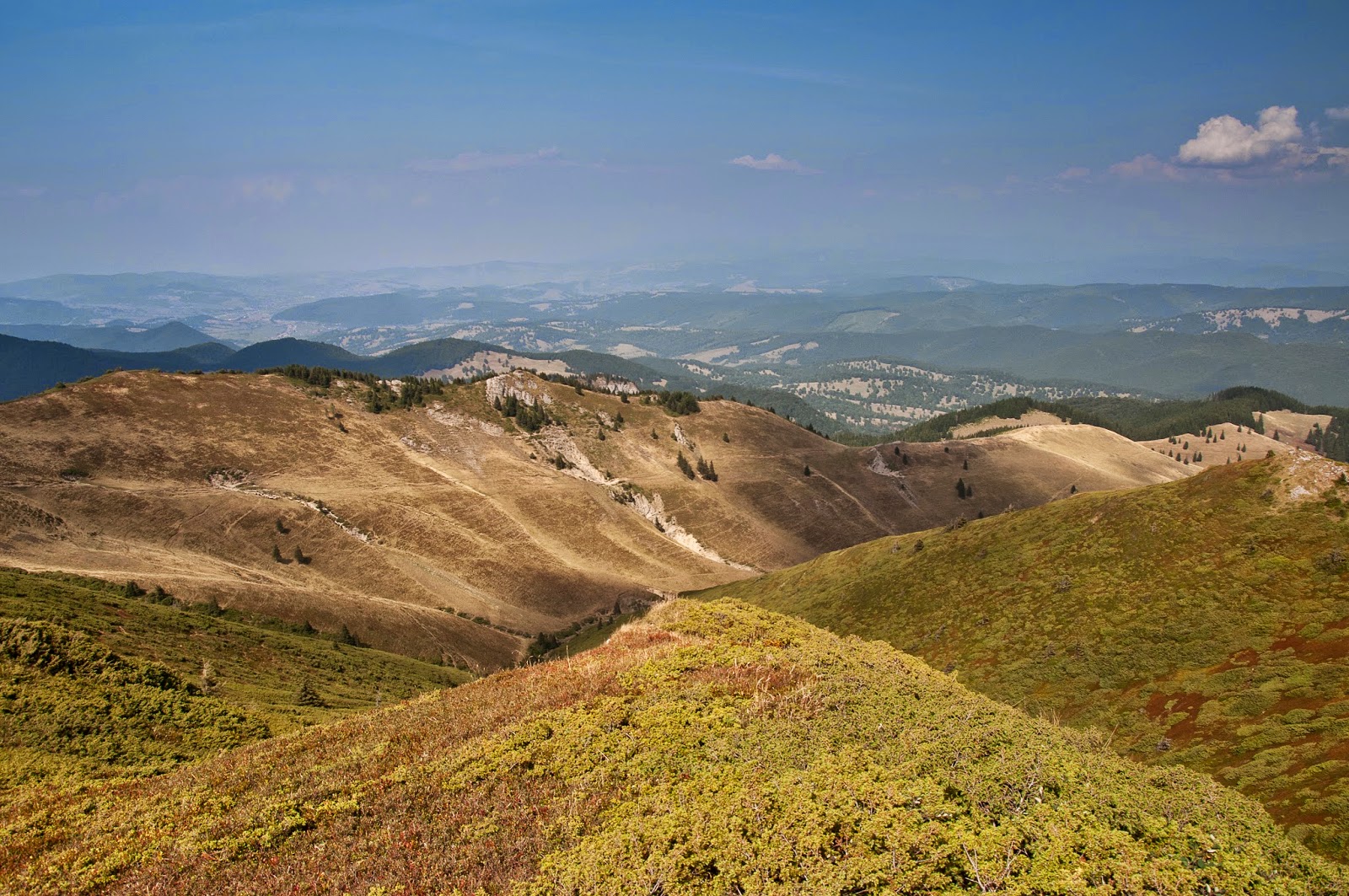 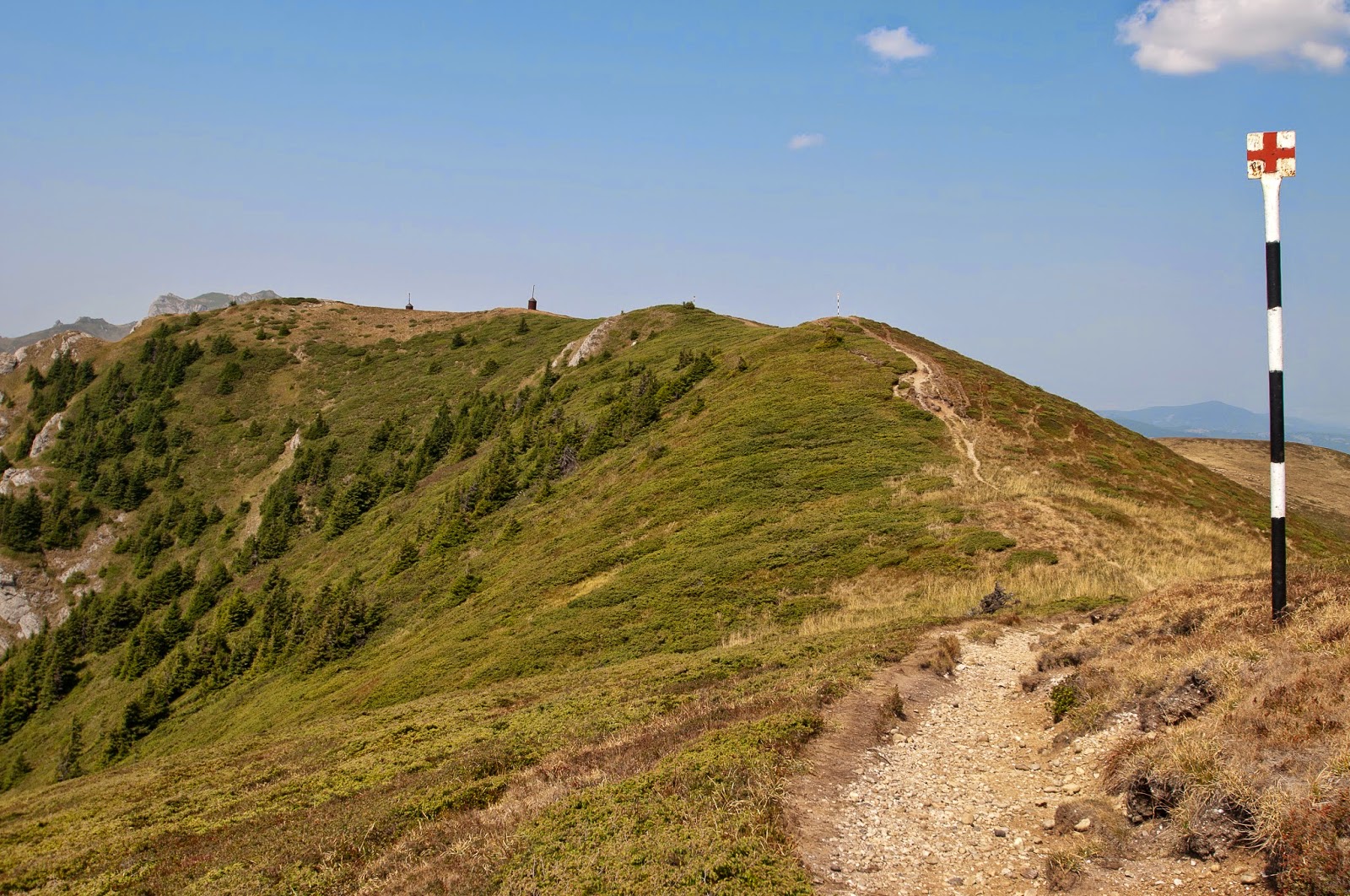 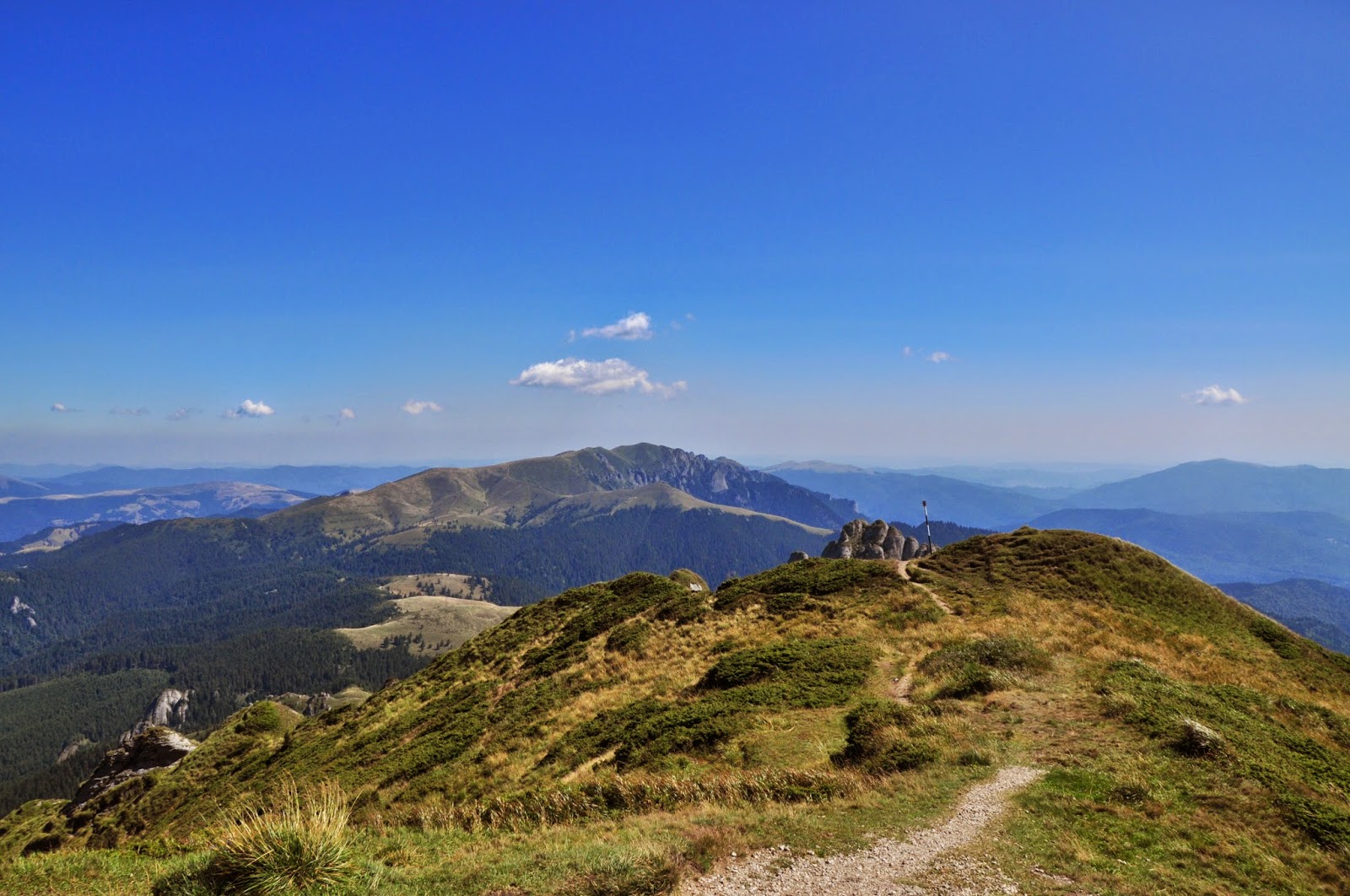 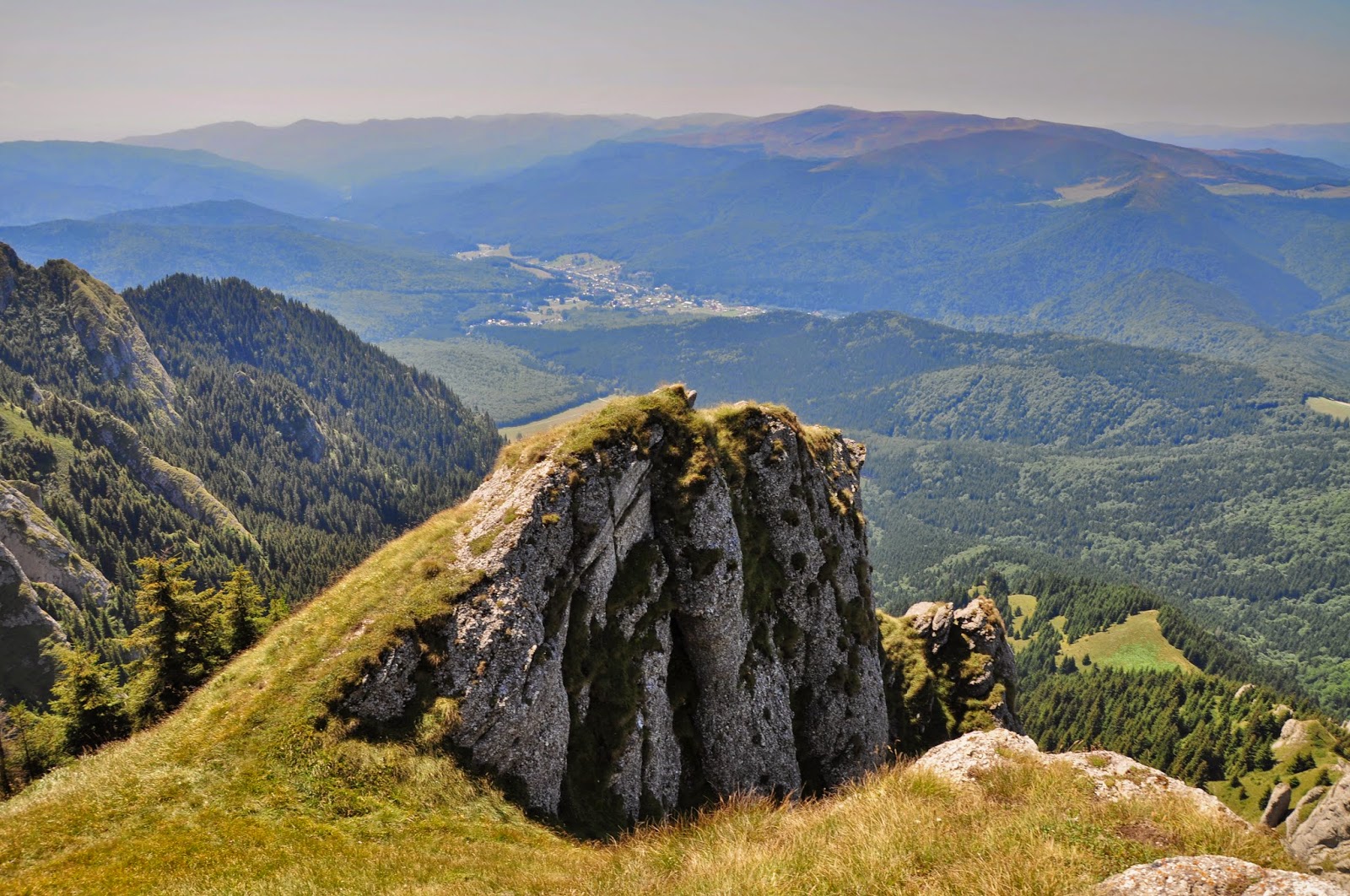 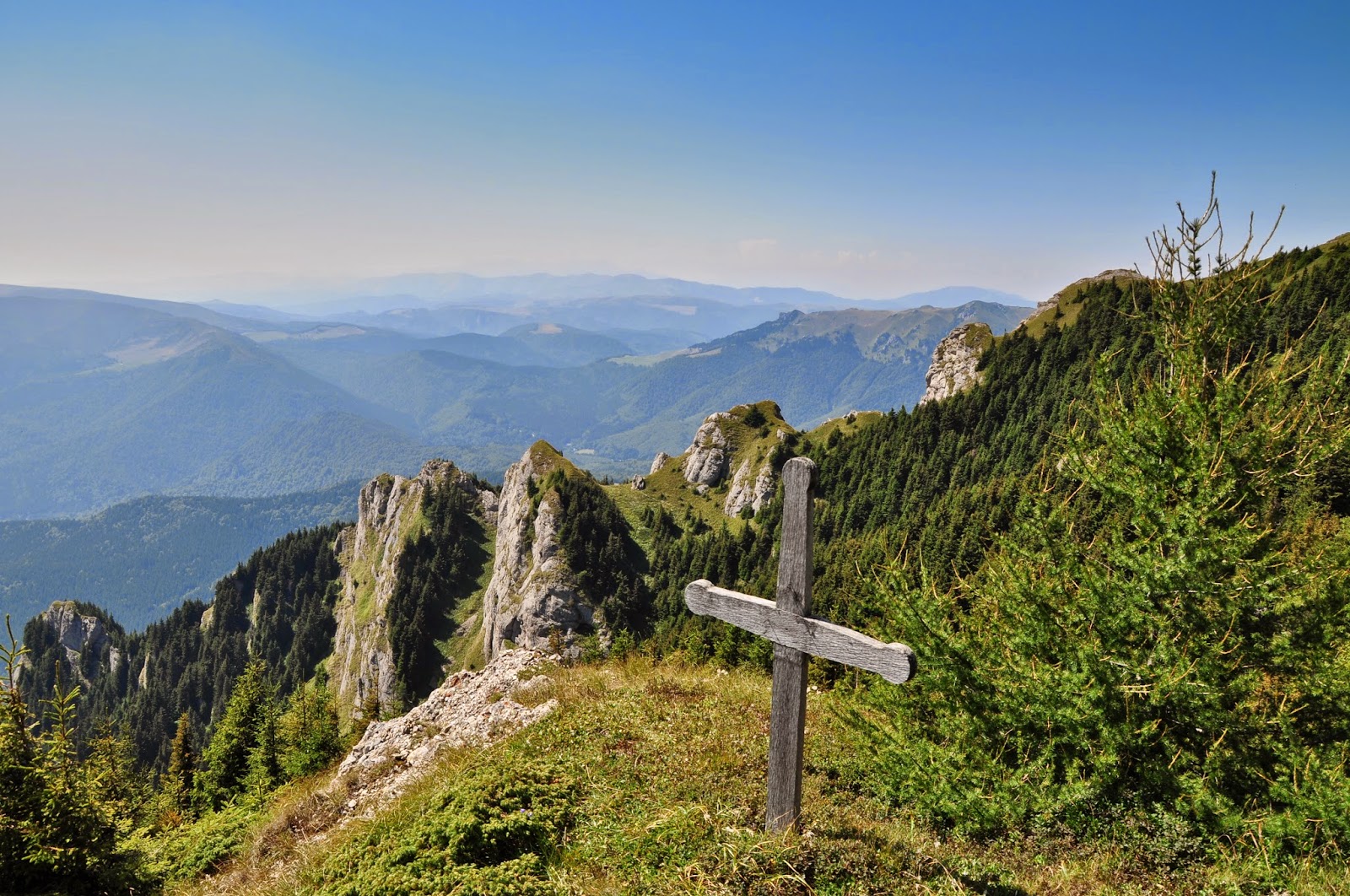 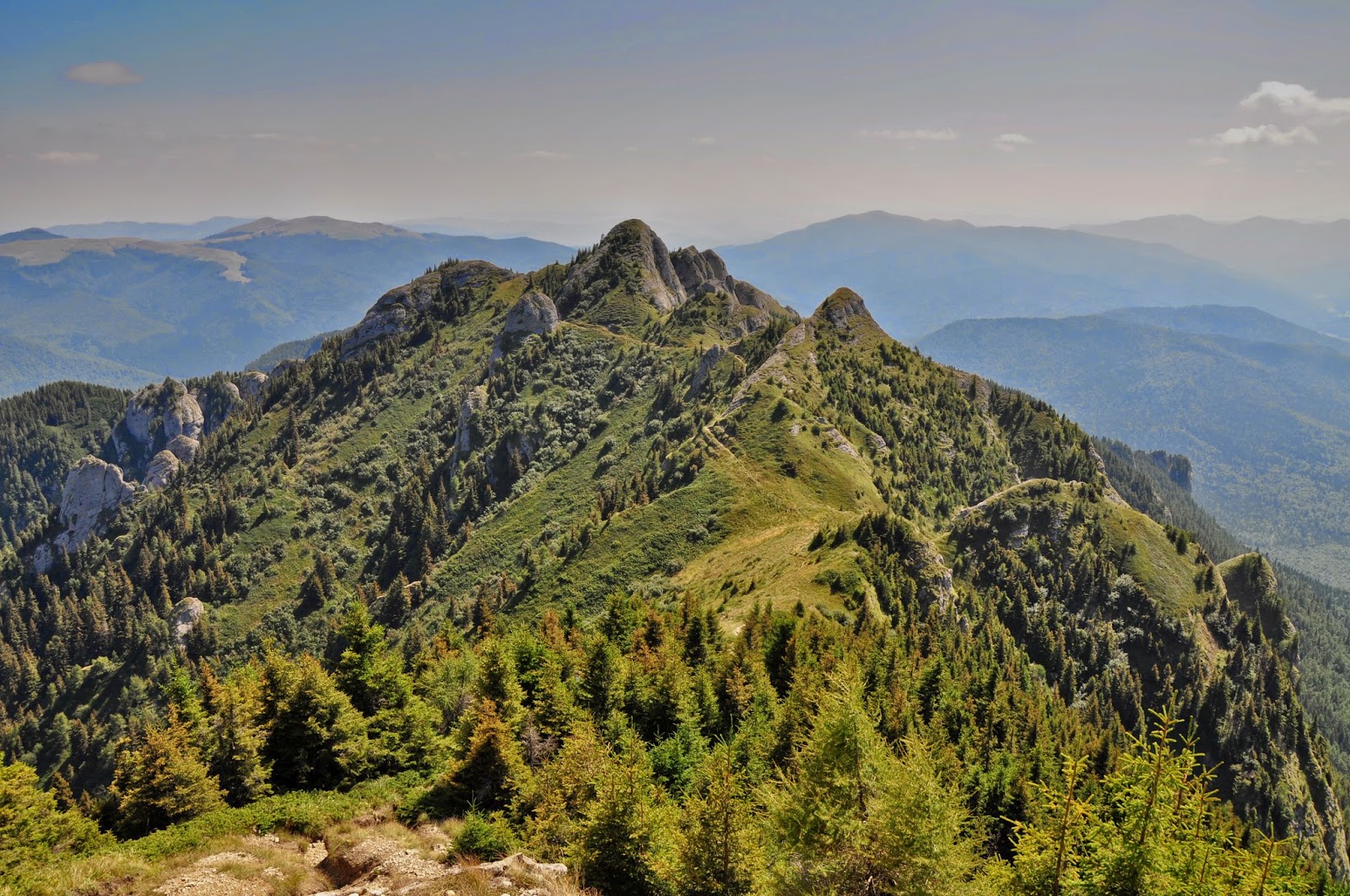 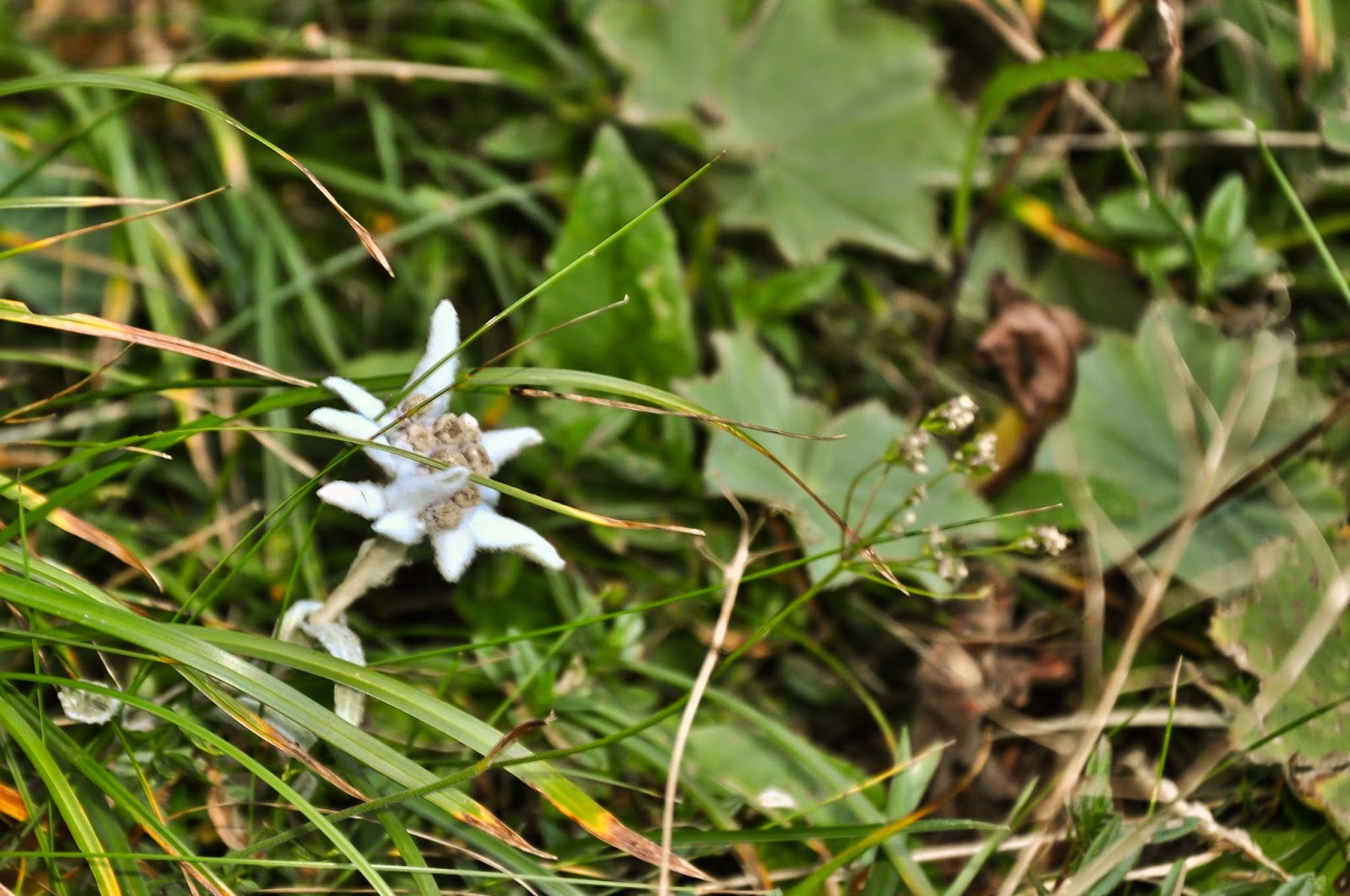 Another distance good to know: from Ciucas Cabin to the La Rascruce point - 1hour30min-2hours. From Muntele Rosu Cabin to the La Rascruce point - 1hour 45min-2hours15min.
From Ciucas Peak, a must see for climbers is Mana Dracului (the Devil's Hand) - this will be 1hour on the downhill, careful though, on your way back, it will take 2 hours on the uphill to Ciucas Peak. 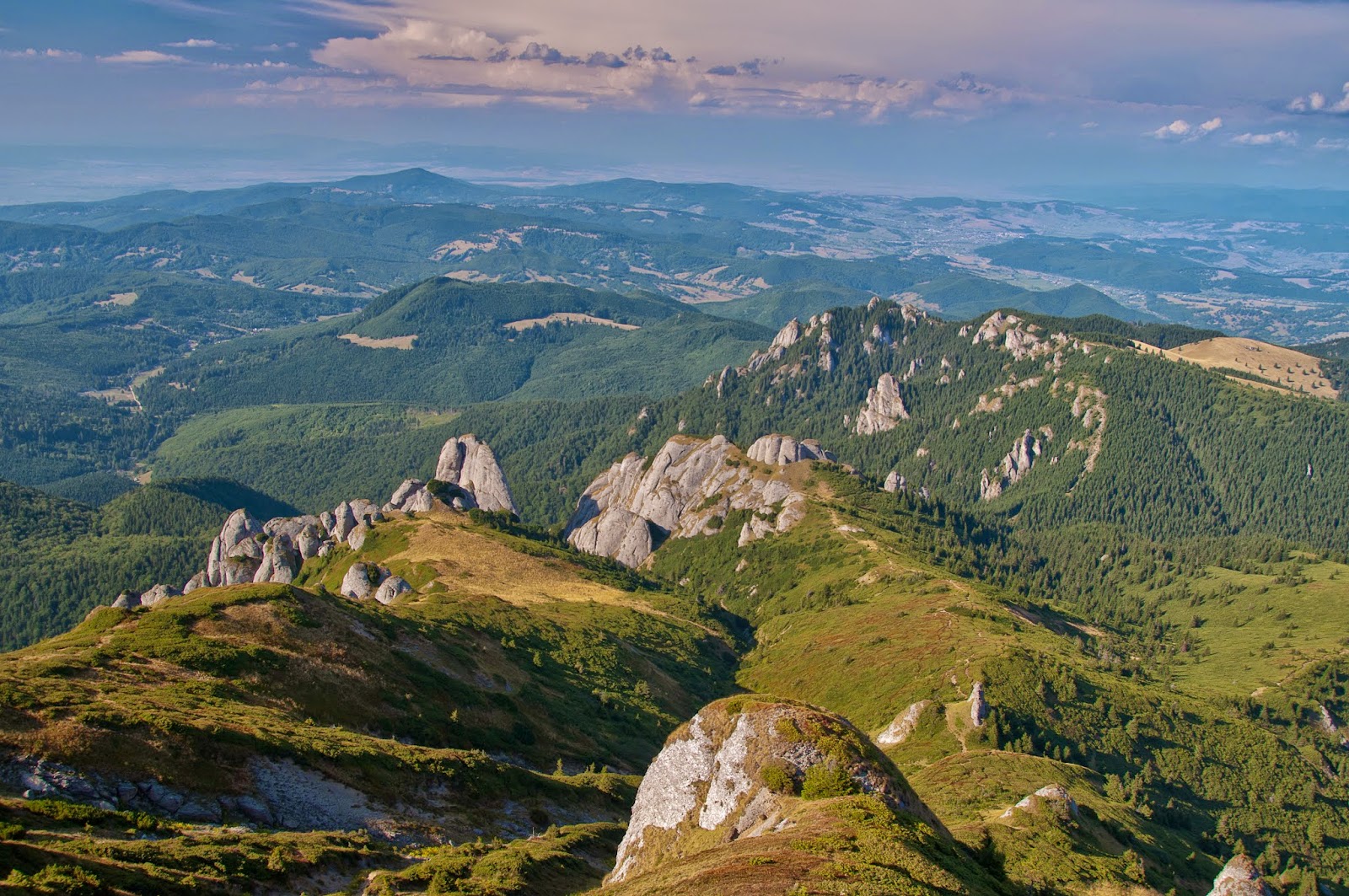 From Saua Tigailor you can choose to descend through Culmea Bratocea to the Bratocea Pass (Pasul Bratocea). It will be a great view all of the road, but it will take you 3 hours. 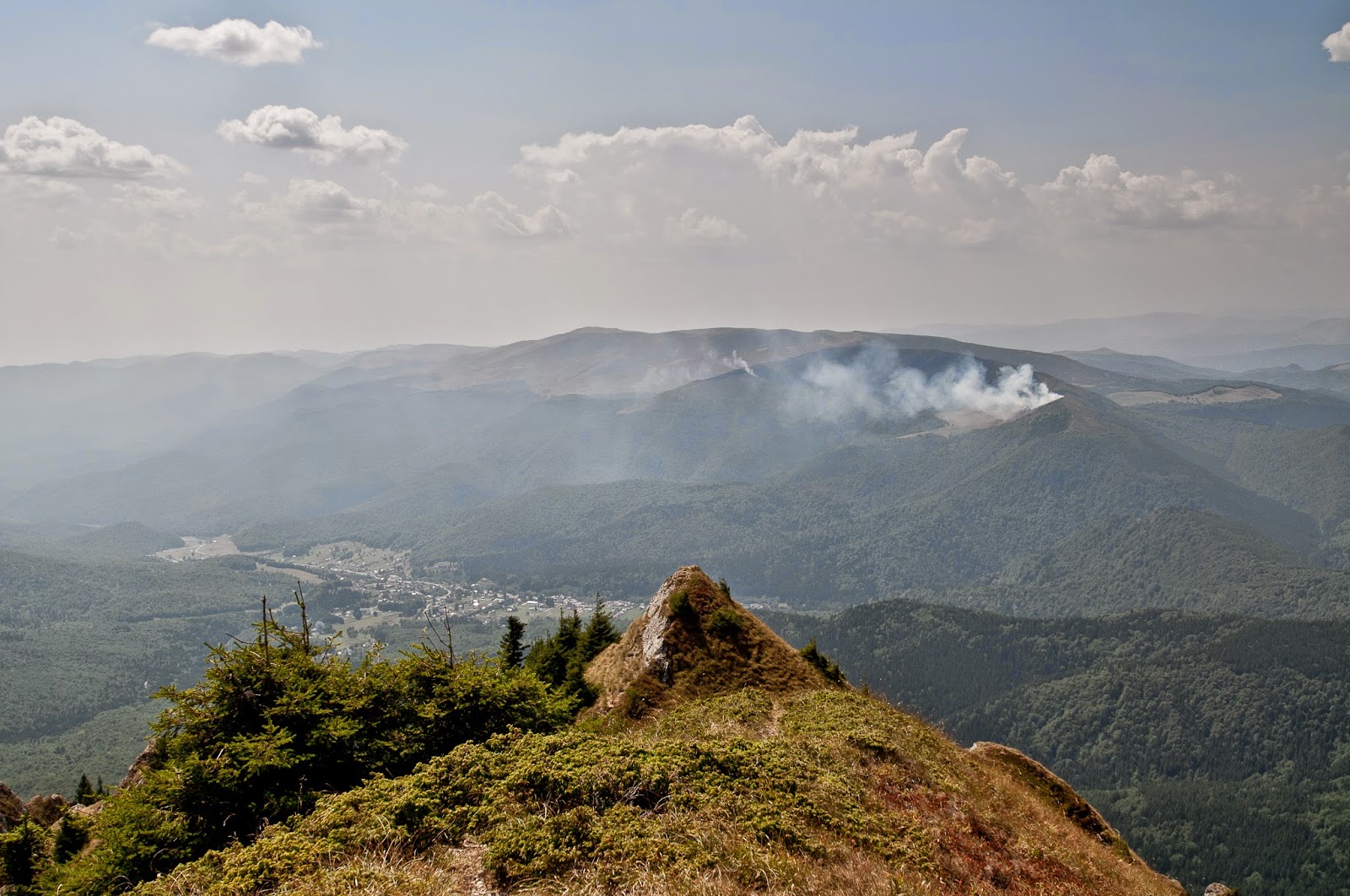 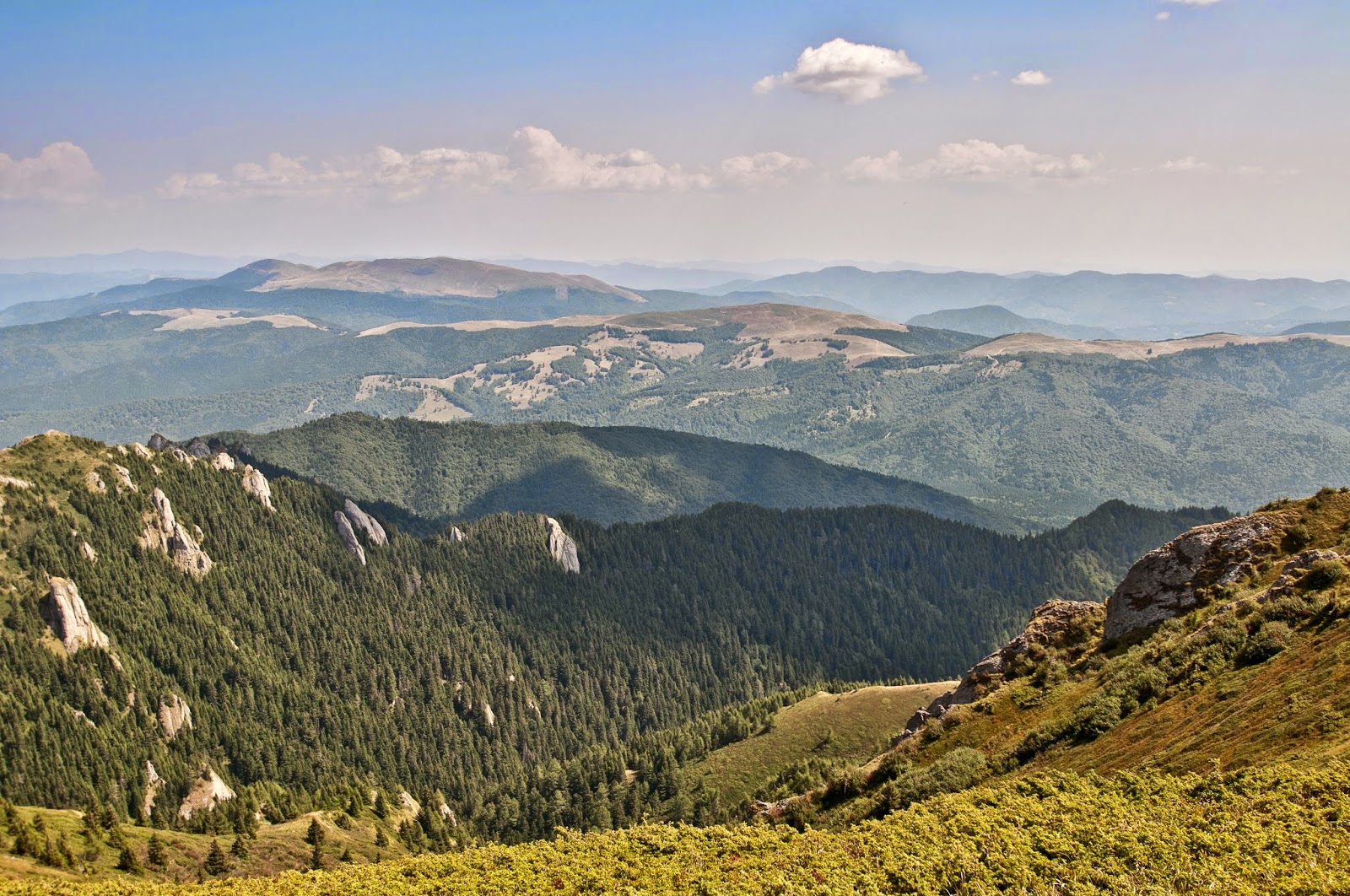 FROM Curmatura Stanii, I personally did not find the marking to the Pirusca Cabin, it was a very thick vegetation and no road to be spotted. Pirusca Cabin also is out of order and abandoned for years, don't plan sleeping there. Afterwards I asked around and apparently the markings of the paths on all the north side of the mountain might not exist anymore. The paths are not traveled at all except for the berry gatherers, but they make their own paths in some areas.
So, this is it from me for now. 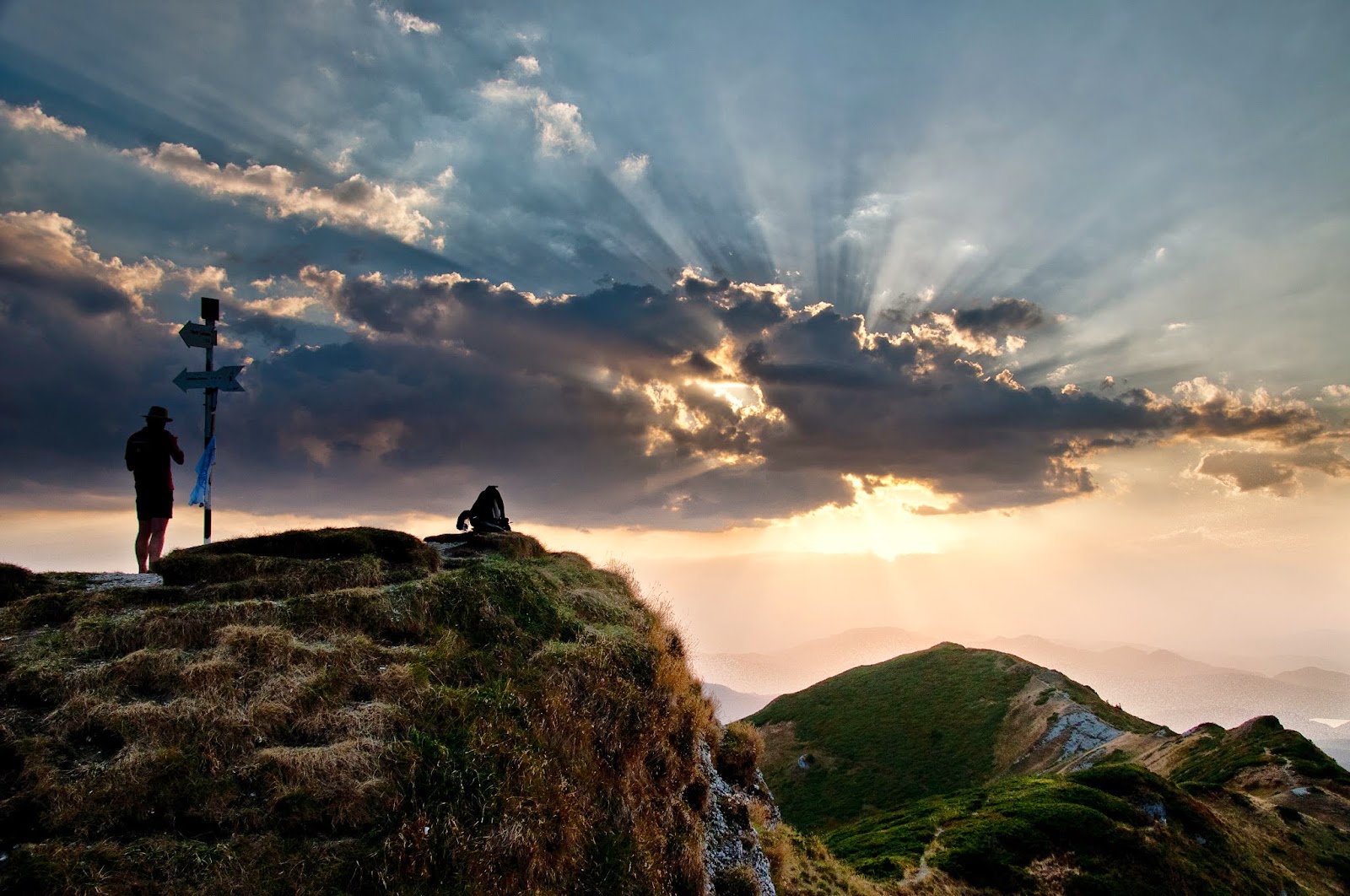